Ontario's Briar Nolet, who plays Richelle on The Next Step, is a rising star in the world of dance. (Submitted by Steve Scott, illustration by Philip Street/CBC)

RISING STAR — Briar Nolet on meeting J.Lo and The Next Step Season 7

Where does she live?

Briar Nolet, originally from Oakville, Ont., is on tour, travelling across Australia, Ireland and the U.K., with cast members from The Next Step.

She plans to move to Los Angeles following the tour to pursue a career in acting and singing.

For the last seven years, Nolet has played a dancer named Richelle on the fictional reality show, The Next Step.

Want an exclusive tour of Season 7's set for the last episode?

More recently, Nolet competed and made it to the top five on World of Dance.

How did she meet Jennifer Lopez?

Jennifer Lopez was so impressed with her performances on World of Dance that she invited Nolet on her It’s My Party tour.

As part of the opening act, she got to ride up an elevator to the stage with J.Lo before each performance.

“I was just super grateful for it every night,” she told CBC Kids News while in Toronto shooting Season 7 of The Next Step. 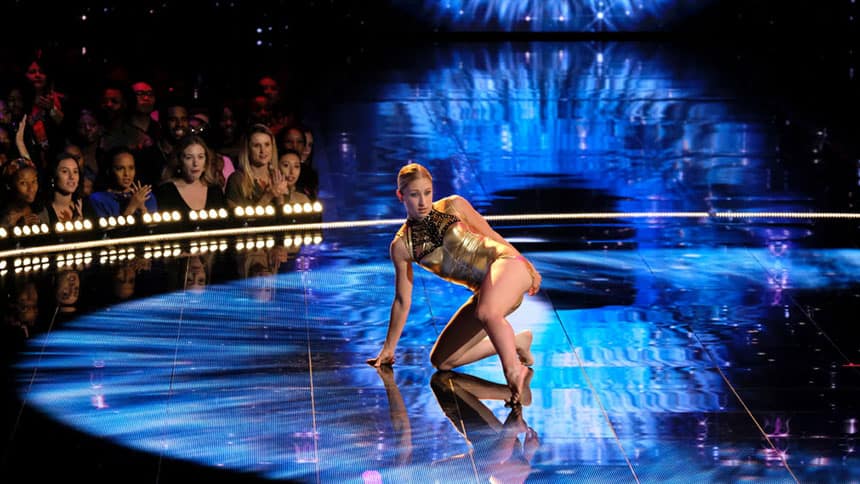 Briar Nolet dances to Billie Eilish’s You should see me in a crown during a taping of World of Dance last March. (NBC)

What has she learned over the years?

When she was 16, Nolet discovered that she has epilepsy.

It hasn’t got in the way of her dreams but it has given her some important perspective.

“Live in the moment and in the now because you can't tell the future and you can't relive the past.” - Briar Nolet

“They met on the set of TNS at age 13 and made an instant connection,” her agent said.

They started out as friends, then became duet partners and eventually started dating around 14 years old.

Erlik himself is a rising star.

He's in production on Steven Spielberg’s movie adaptation of the famous musical, West Side Story.

Erlik plays a chorus member of the Jets, which is one of the street gangs the story is based on. 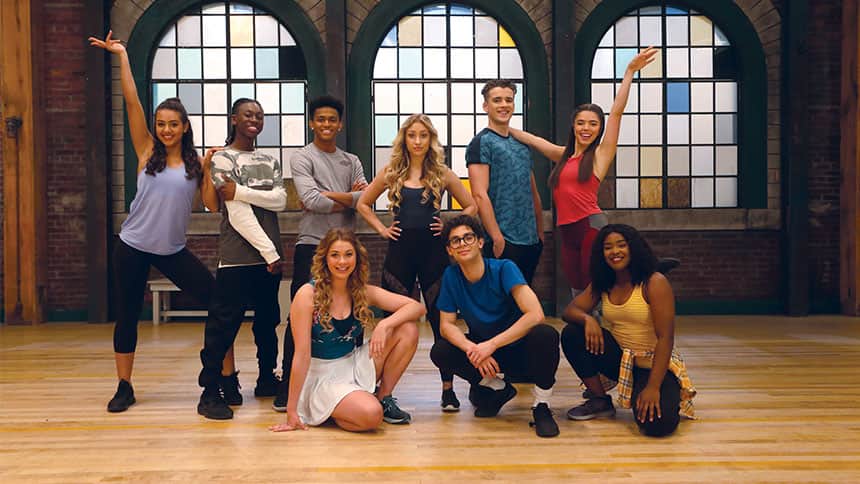 The cast from The Next Step, Season 7. (Steve Scott)

What can fans expect from The Next Step, Season 7?

Season 7 of The Next Step is set to launch in 2020 on CBBC, the Children's British Broadcasting Corporation.

No word yet on when it will air in Canada.

Nolet said she can’t leak any spoilers but that the season takes a completely new twist.

“The season’s really juicy and different,” she said.

Nolet has been with the show since the first season and said this is one of her favourites.

“We have some of the same cast, some of them are different, but the storyline and the way that everything goes for my character and for everyone else is pretty intriguing,” she said.