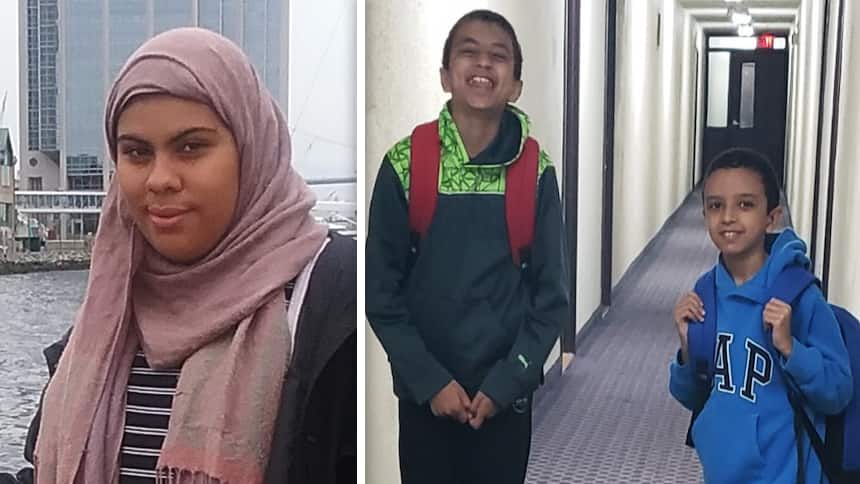 Karema Alarabi, 13, from Halifax, left, and Mohamed and Mohab Ahmed, 12 and 10, from Mississauga, Ontario, and their families are changing the way they shop. That’s because the cost of food is on the rise and continuing to go up. (Images submitted by Saida Gazie and Heba Ahmed)

Rising food prices? These kids share how it will affect their families

Cost of meat and vegetables is expected to rise the most

But the 13-year-old expects that to change this year, as food prices are predicted to increase.

“We would probably have to start buying more bread,” Karema told CBC Kids News from her home in Halifax.

For Karema’s family, store-bought bread is cheaper than making homemade bread when you factor in the cost of electricity to use the oven. 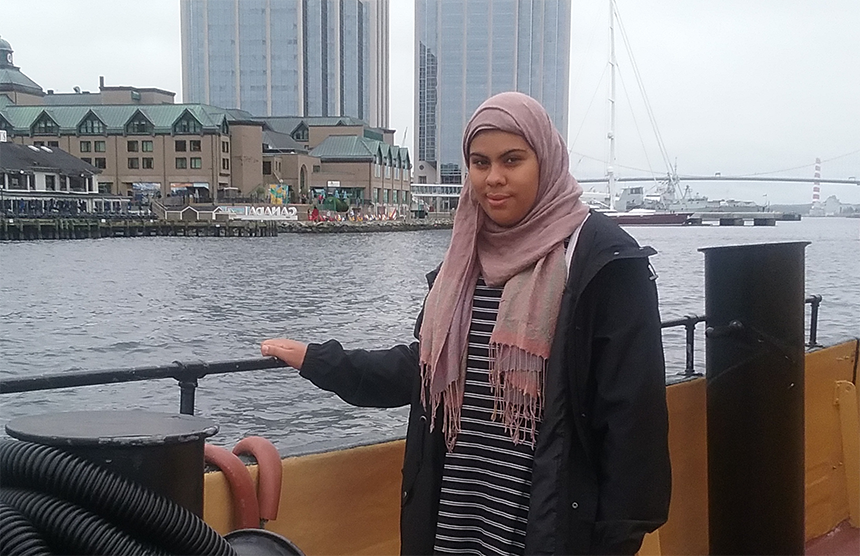 It says Canadians should expect a total food price increase of three to five per cent compared to last year.

“Probably in a week or in a month, it won't affect that much, but if it's like a year, then [my family is] going to be paying more money and it's going to be harder for them,” Karema said.

Increases different in each province

The report collected data on trends in farming and retail to estimate how much different types of food will cost over the next year.

It predicts the average family would spend roughly $695 more on groceries this year.

That kind of change is going to lead to adjustments in the shopping habits of families like Karema’s.

“If you want to treat yourself with a little treat or these things, you would not be able to do it,” Karema told CBC Kids News.

Nova Scotia, where Karema lives, is one of the provinces that is expected to see “above-average” price increases this year, according to the report. 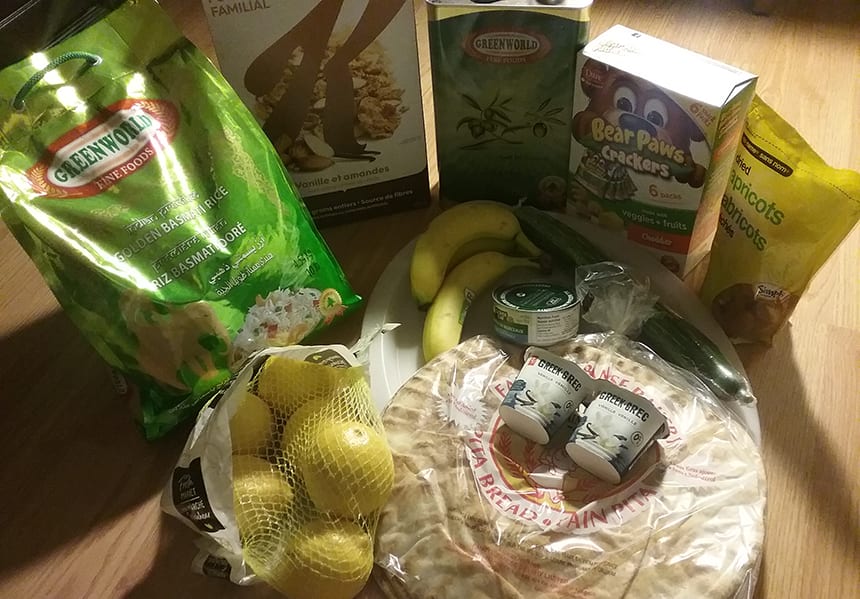 Some of the common groceries bought by Karema’s family. (Image submitted by Saida Gazie)

Karema said her family’s weekly grocery bill usually works out to around $110.

Karema is also aware that some families may have even more trouble dealing with the price hikes.

She worries about families who aren’t employed or have low incomes.

“Some people are also really struggling with paying for basic needs, like rent and transportation,” she said.

Many families, like Mohamed Ahmed’s, already rely on food banks such as the Mississauga Food Bank.

According to the report, Canadian food banks saw a 20 to 50 per cent increase in visits in some parts of Canada very early on in the pandemic. 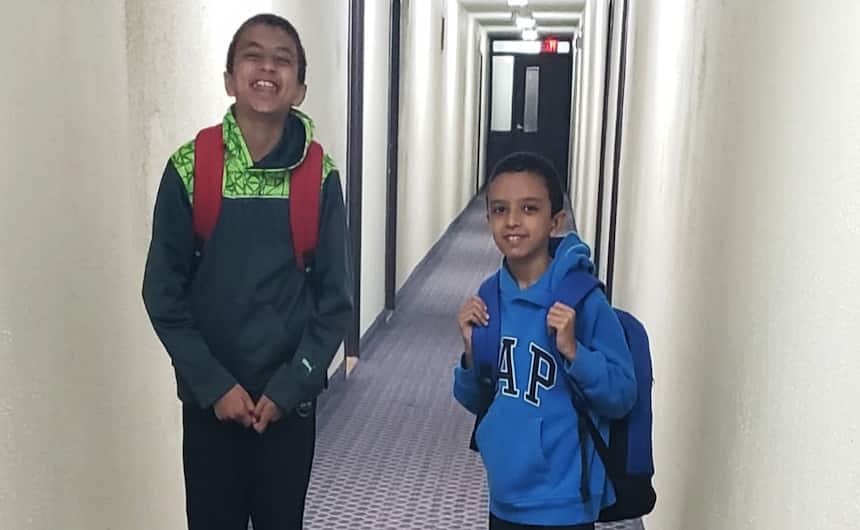 From left: Brothers Mohamed and Mohab Ahmed come from a large family that needs lots of groceries. (Image submitted by Heba Ahmed)

Mohamed, 12, and his brother Mohab, 10, from Mississauga, Ontario, come from a family of nine.

They are being raised by a single mom.

Ontario already had the second highest price increase, after Prince Edward Island, in Canada in 2020, the report says, and is expected to see more price increases this year.

According to his older sister Heba, their mother has calculated that they need about $30 worth of groceries every day.

What are some of the groceries they often get? 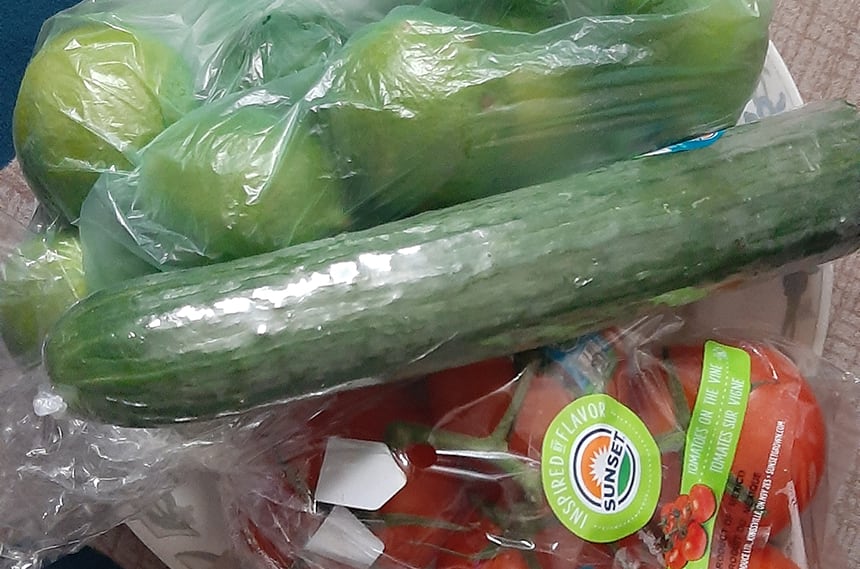 Some of the common grocery items the Ahmed family purchases. (Image submitted by Heba Ahmed)

Both meat and vegetables are expected to go up in price the most, around 4.5 to 6.5 per cent.

COVID-19 protocols and climate change are the main reasons food prices are going up this year, the report says.

It says border closures and changes to procedures in production and distribution due to the pandemic have affected food costs.

On top of that, COVID-19 safety measures have forced meat processing plants to produce less or close altogether, to allow for measures like physical distancing.

Climate change is also expected to continue to affect food costs as 2020 had “record and worsening heat, ice loss, wildfires, floods and droughts.”

Climate events like the California wildfires affect the supply of foods that are normally imported, which make them more expensive.

All that means there will be a steep increase in food prices.

That 4.5 to 6.5 per cent rise for meat and vegetables may not seem like much, but that would mean Mohamed’s family is predicted to spend somewhere between $40 to 60 more a month if they don’t make changes to their shopping list. 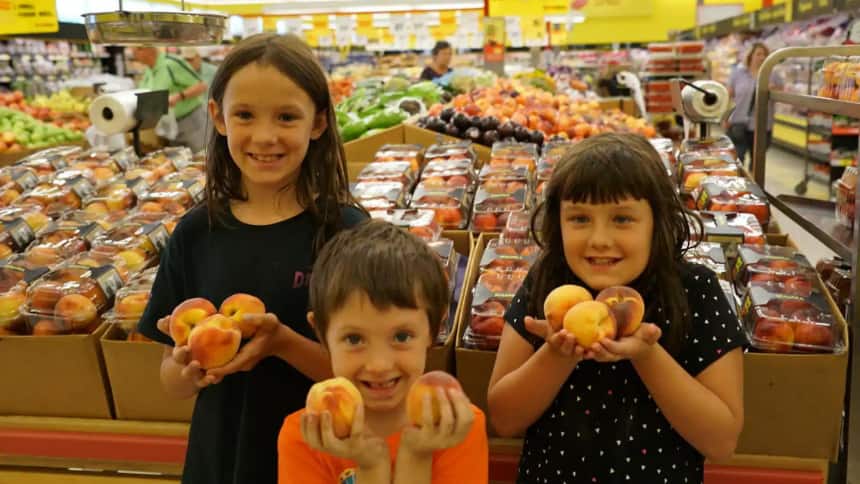 Some families might have to cut back on some fruits and vegetables as prices continue to rise. (Image credit: Kate Dubinski/CBC News)

And many Canadians are making less money than they did a year ago.

A Statistics Canada report said 5.5 million Canadians worked fewer hours or lost their jobs in the early part of 2020.

With incomes being insecure for many families, the rise in prices can mean difficult choices.

“We bought less [groceries],” Mohamed said about how his family has already coped with food costs.

While he doesn’t mind cutting back on groceries, he does miss having more fruits.