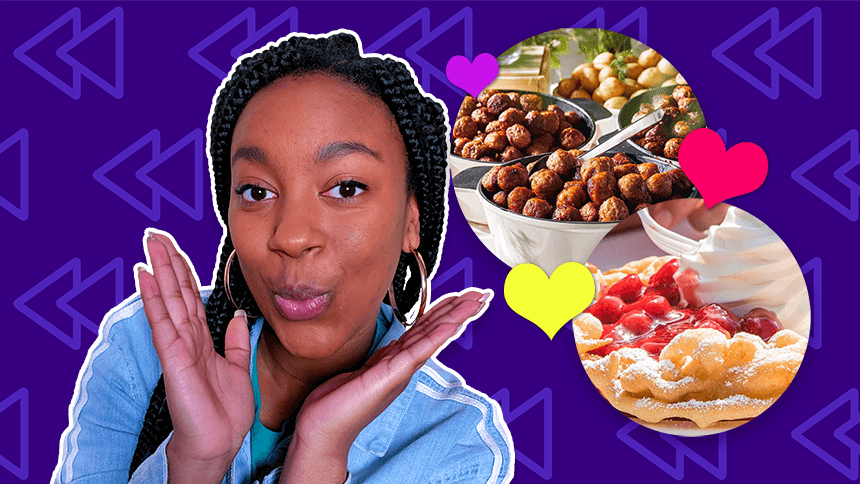 Will you take a bite out of these food trends and recipe reveals? (Justin Sullivan/Getty Images, IKEA/Facebook, WonderlandNews/Twitter)

Whipped coffee, funnel cakes and even IKEA Swedish meatballs are on the menu

After several weeks indoors, maybe your stash of quarantine snacks is starting to run low.

Don’t worry, we won’t run out of food any time soon, but with all that time on your hands, you might want to try a viral snack hack.

From the TikTok trend of making whipped coffee to companies like IKEA sharing the recipe for their famous Swedish meatballs, people are encouraged to become copycats in the kitchen.

Watch the latest episode of RECAP to hear host Myah Elliott as she dishes on all the viral food trends we’re cooking up! 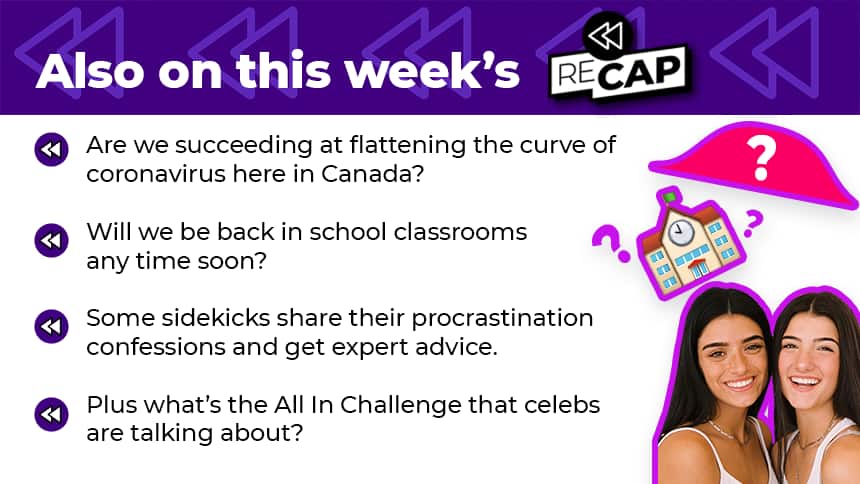 An attack of food hacks

OK, OK, we all might be guilty of procrastination or maybe even procrasti-baking to avoid our homework.

Who can blame us?

It's hard to get motivated to do schoolwork from home.

Plus, we have all that extra time on our hands to scroll endlessly on TikTok and other social media, on the lookout for new trends.

And now, big companies like McDonald’s, IKEA and Canada’s Wonderland are sharing their food secrets, sending some of us running to the kitchen to try them out. 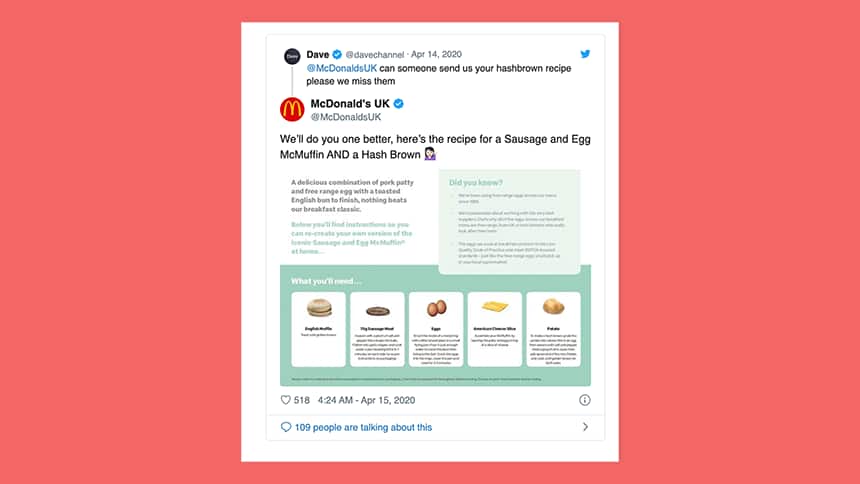 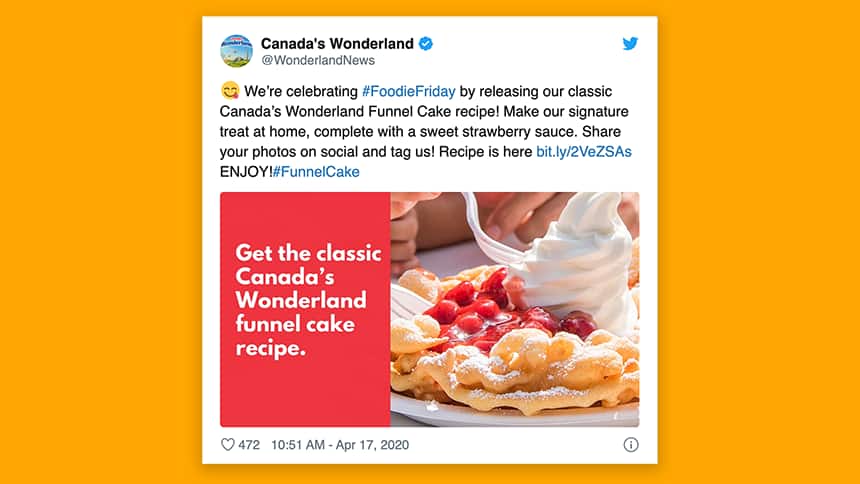 So what are the most popular recipe reveals and why do they all seem to be happening now?

Dalgona — or whipped coffee — started us off

Perhaps the most viral food trend on TikTok and Instagram is dalgona coffee.

Our sidekick Sean Tran is a fan, and even popular pugs are trying it out. 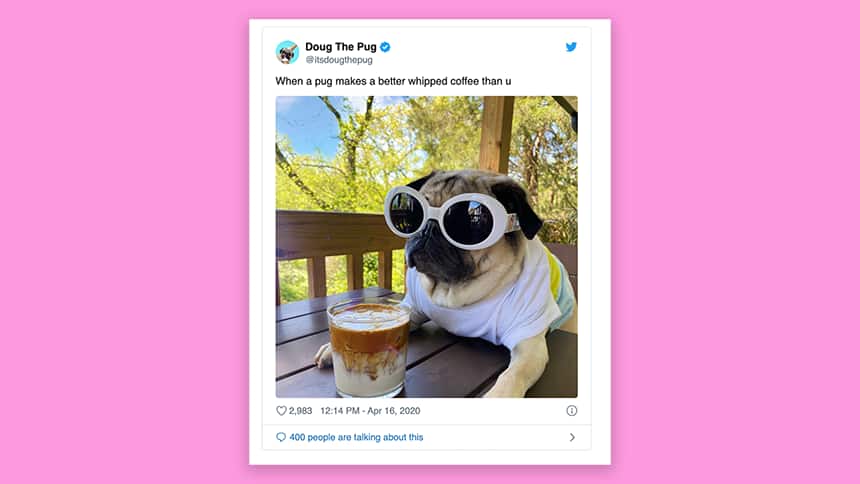 But what is it and does it taste any good?

Tracing the treat back to South Korea, the popular cloudlike coffee translates to “honeycomb toffee” and is the result of a lot of fast mixing.

The pillowy result is then placed on top of iced milk.

Our very own sidekick Sean Tran gave the recipe a try after seeing it on TikTok.

And after all that mixing, he declared dalgona “the best iced coffee I have ever tasted. Sorry, Tim Hortons! It is delicious.”

Recipe reveals are a way to stay ‘relevant’

As with most trends, companies are also jumping on the bandwagon.

It’s not every day that companies like McDonald's and Disney reveal their trade secret recipes.

People are stuck at home and not able to access their traditional takeout treats.

So companies that are not seeing a lot of customers are trying to find ways to stay relevant, said Carrie Lee, a global marketing specialist from Vancouver.

Customers are trying to recreate that “outside world experience in their own home,” Lee said.

For example, the IKEA recipe reveal for the company’s famous Swedish meatballs was a new way to interact with customers without them ever needing to step foot inside an IKEA store. 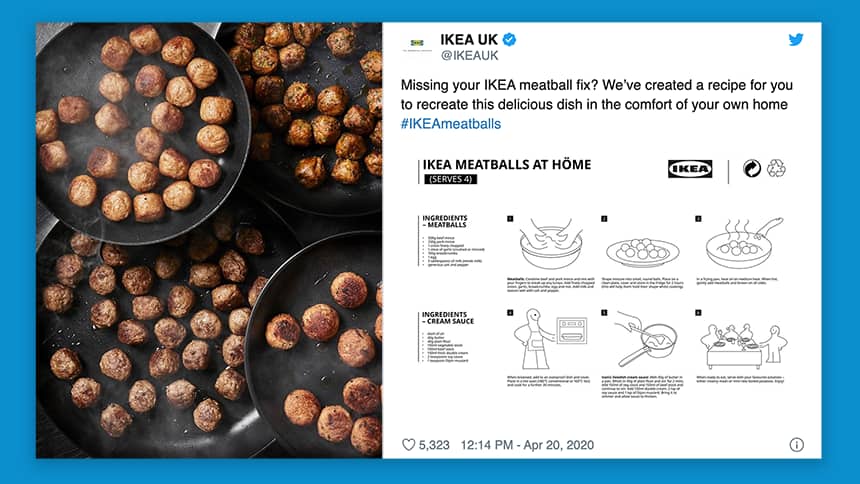 It’s also a way to keep the brand on the minds and in the stomachs of consumers. Yum.

Food hacks and ‘secret’ recipes are part of a plan

While it may seem like a fun opportunity to make something you’ve always loved, there’s an actual strategy to this, said Lee.

It’s all part of something called brand loyalty, which is your decision to buy one product over another.

Brands like IKEA and McDonald’s are hoping that by releasing these “secret” recipes, you will be more likely to buy their products in the future because you’re happy and feel a connection with something else they offered you. 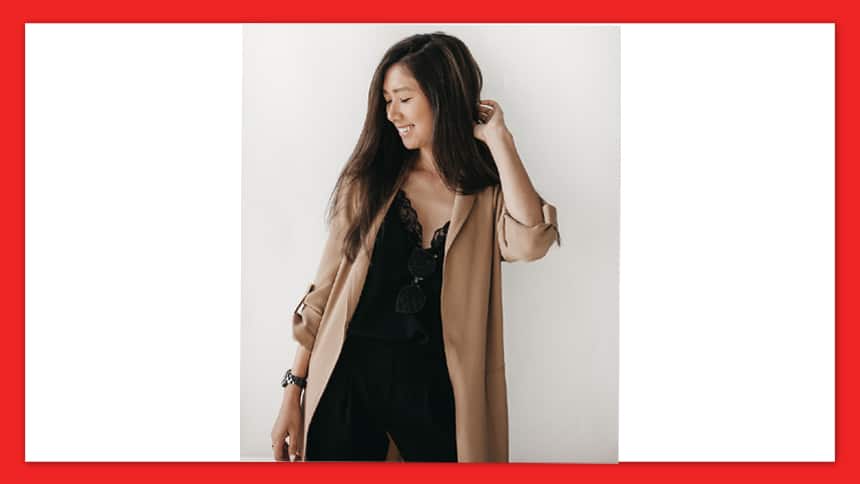 Carrie Lee knows her memes and her food trends. ‘When I discovered the dalgona coffee, I made it right away and I just got hooked.’ (Submitted by Carrie Lee)

Brands “want to interact with you, they want to be relatable, and they want you to know that they are still here,” Lee said.

“I think it is such a clever marketing strategy. These big companies are able to engage their fans. People will even be bigger fans when they can make their favourite meal at home,” he said.

Which brand do you think will jump on the trend and reveal its tasty food tricks next?

Be sure to tune into RECAP to hear Myah share which recipe she’s hoping to copy in her kitchen.