RECAP — Why everybody’s talking about the children of Yemen

Money is running out, says UNICEF

A deadly conflict has been raging in Yemen for several years, but all of a sudden this week, awful pictures of sick Yemeni children have been popping up on your social media feeds.

This hasn’t gone unnoticed by the RECAP sidekicks.

Watch the latest video above to hear more about it, or keep reading for the details. 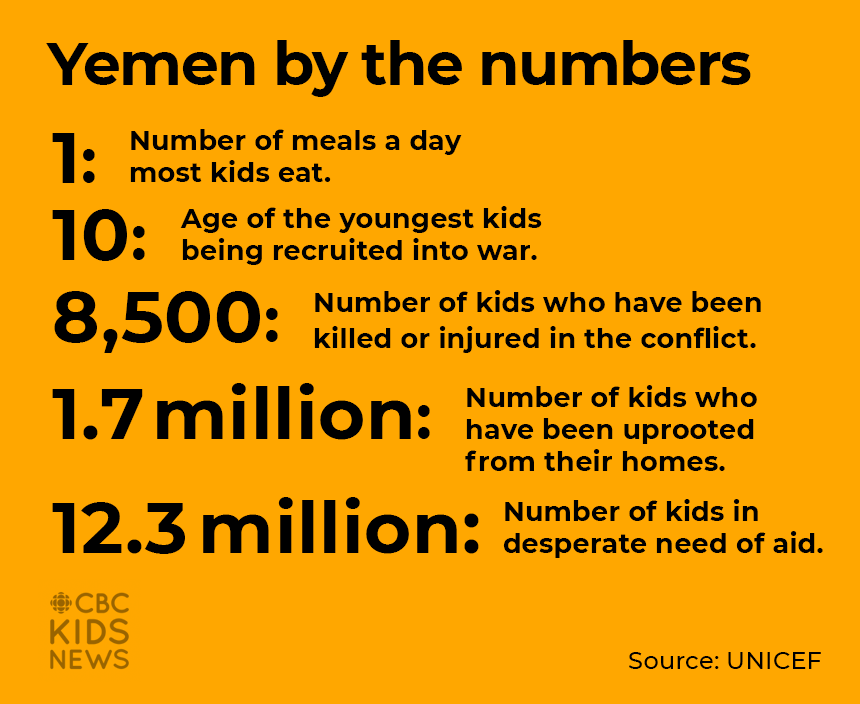 Why young people are talking about Yemen

The problems of malnourished kids in Yemen isn’t new, but it’s about to reach a breaking point, and suddenly, young people are paying attention to it on social media.

Zubair Hussain, 18, from Ajax, Ont., started an organization last fall called Youth in Politics, to raise awareness among young people about issues he described as “underreported,” like this one. “We are part of a generation ... this powerful generation that has the power to change events around the world,” he said.

And they use social media to bring about that change.

“After George Floyd, and all that social media movement, a lot of people saw other human rights issues,” he said. 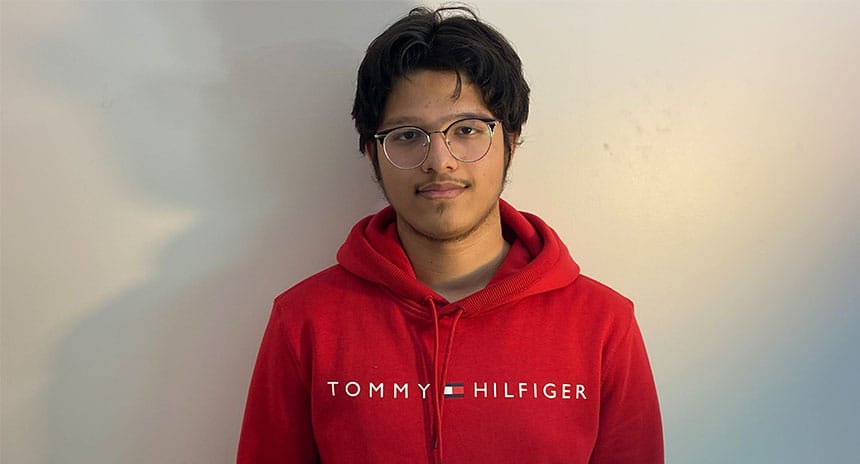 He said the images of kids hit close to home for Instagram’s users.

“The most affected people in Yemen are children,” he said. “The main people that use social media are kids, too.”

“So when they see young kids like them starving and in need of humanitarian assistance … we have that tendency as young people to do something about it.”

Before the war broke out, Yemen was already the poorest country in the Middle East.

An internal conflict began in 2011 and things got much worse in 2015 as different groups struggled to take control of the country. Poverty meant access to clean water, food, education and health care was already challenging, but that got worse as the fighting escalated to bombings and airstrikes.

Now, the coronavirus is spreading throughout the country. 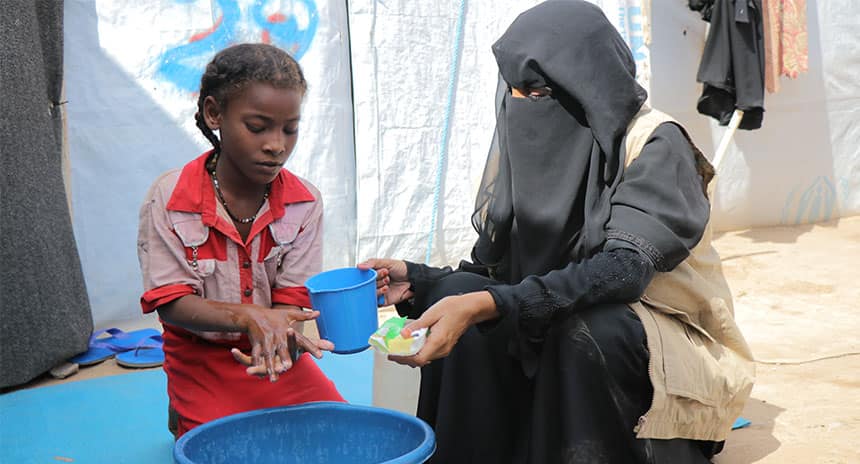 At a centre for families fleeing insecurity, a girl learns how to wash her hands to prevent the spread of COVID-19. (UNICEF)

“When we tell people to wash their hands, we also have to make sure that the water is available,” said Bismark Swangin, who has worked for UNICEF in Yemen for the past four years.

Why is it reaching a breaking point?

Swangin said the situation is the worst he’s ever seen in Yemen, and the money is running out.

UNICEF has worked to bring safe drinking water to kids, but Swangin worried that won’t continue.

“At the moment, UNICEF has not received the funding that it needs to be able to continue the delivery of water services,” he said. 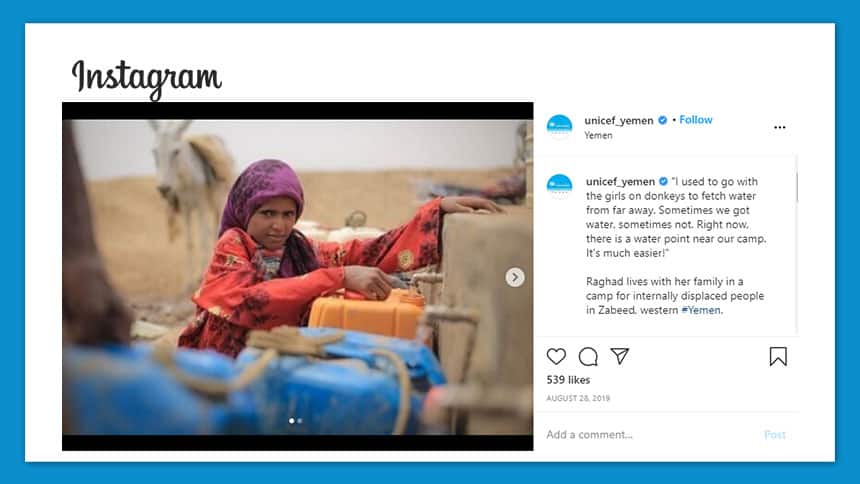 UNICEF currently needs $40 million Cdn by June 30 to continue with its efforts to provide water and sanitation services to three million people.

Otherwise, “they will run out of water in days after the end of this month,” Swangin warned.

Millions more is needed beyond that to provide health services and nutrition to children.

Swangin and Zuabari both have suggestions for ways to help. 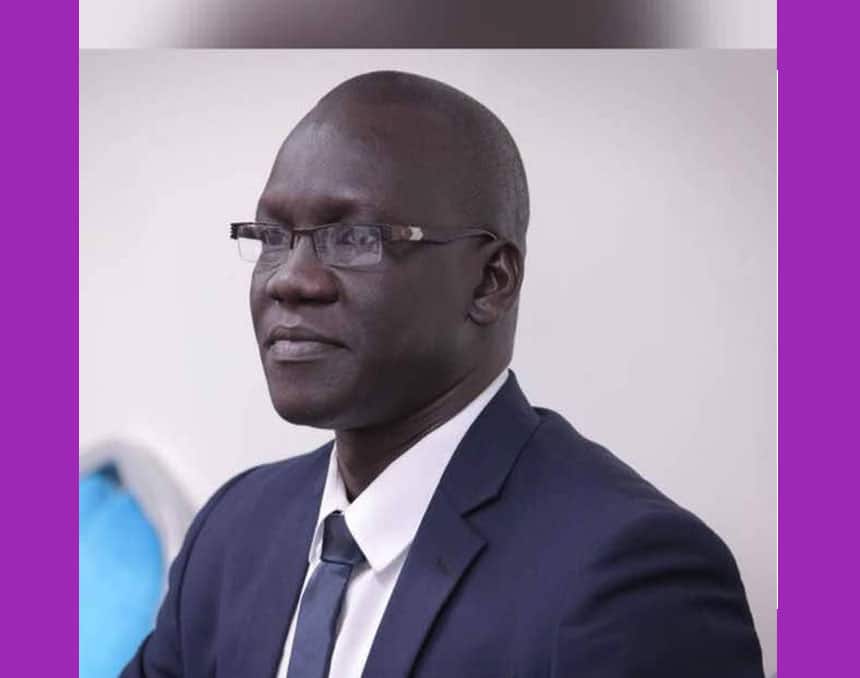 Swangin said UNICEF is facing funding challenges that will make it difficult to keep providing aid to children in Yemen. (Submitted by Bismarck Swangin)

Zubair suggested that kids write letters to their local politicians to put pressure on them to help.

“Tell them that you know Canada cannot be a bystander and let Yemen get destroyed.”

Swangin said the resilience of the kids he speaks to regularly gives him hope that things will get better.

Check out this week's episode of RECAP here: