Makeup mogul Jeffree Star is all about the tea and the shade.

But this week, he was at the centre of his own controversy.

It was over the reveal and launch of his new makeup collection, called Cremated.

Available to purchase on May 22, the eye shadow palette, lip gloss and accessories in the new collection came under fire as some fans called for Star to be cancelled for being insensitive.

Insensitive to what, exactly?

The name and theme of the palette

The theme of the Cremated collection is, as you might have guessed, pretty dark. 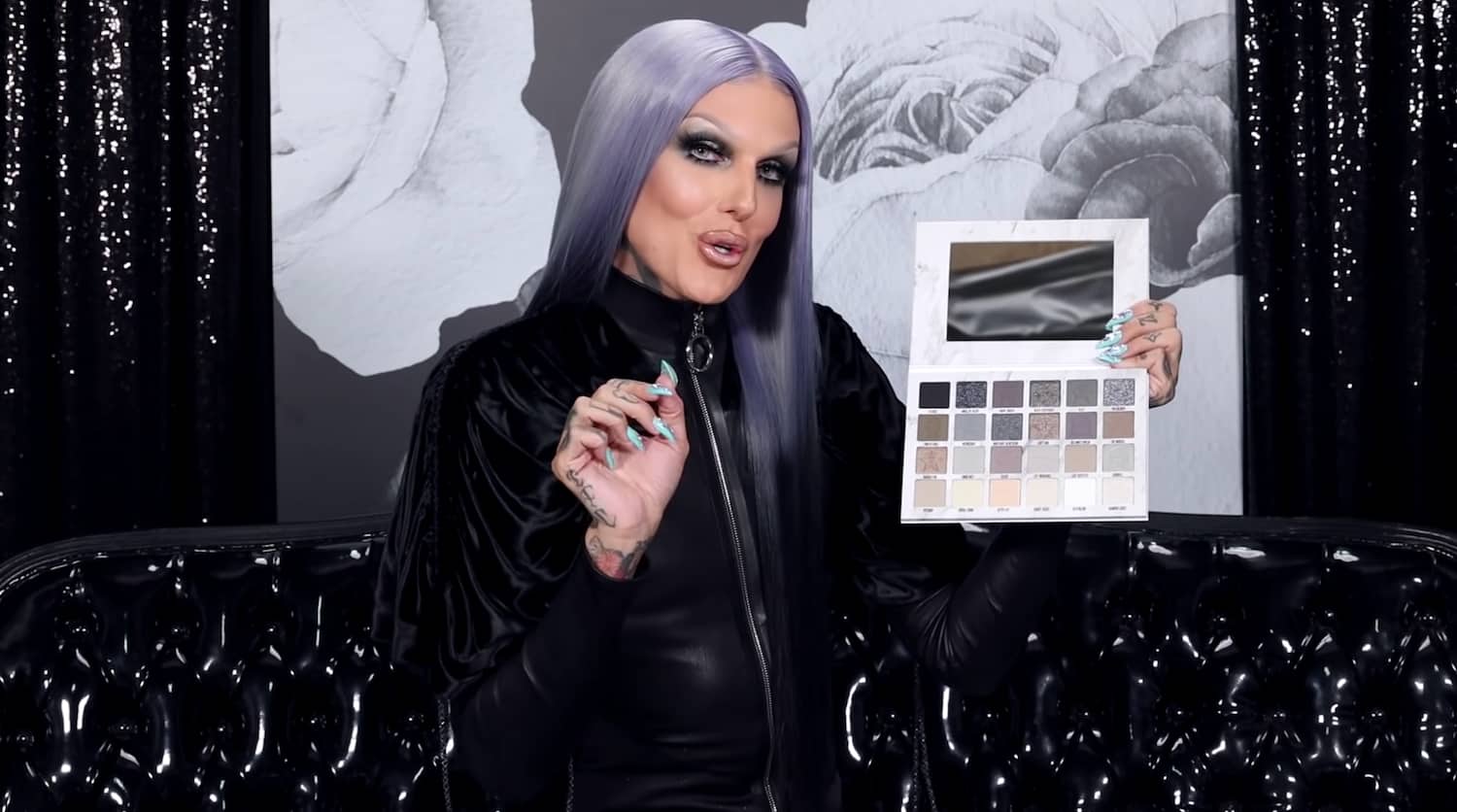 The collection is focused on shades of grey, with Jeffree Star making reference to ashes. (JeffreeStar/YouTube)

Centred around death, the collection includes shade names like “R.I.P.,” “Angel of Death,” “Six Feet Under” and “The Morgue.”

For some, like Twitter user @Koreggy, given the current state of the world, with many people falling ill and dying due to COVID-19, the collection’s timing and theme “is the worst.” 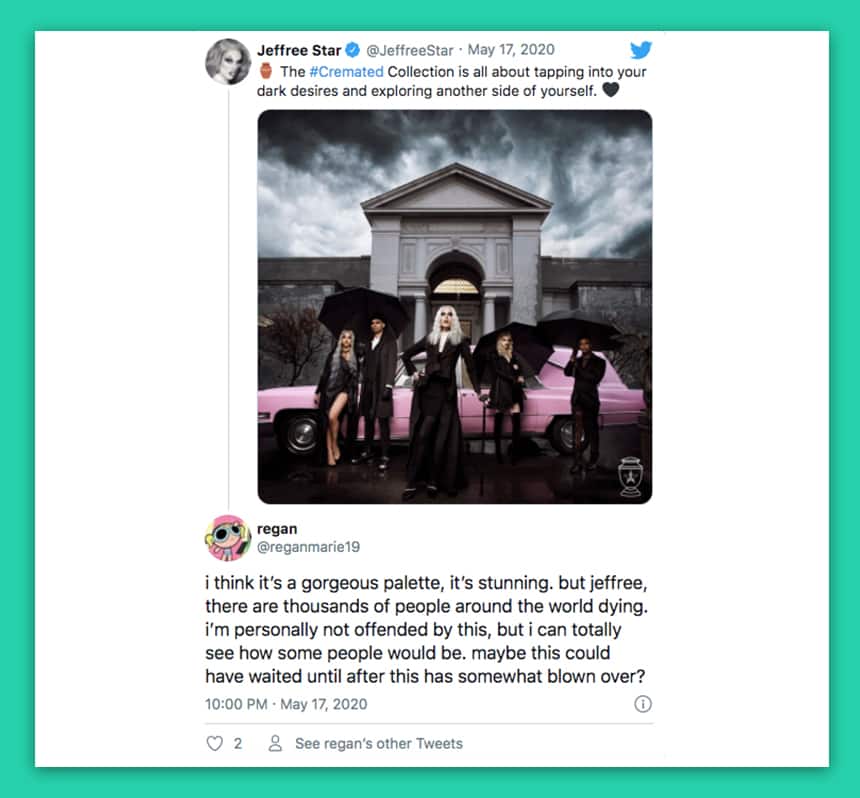 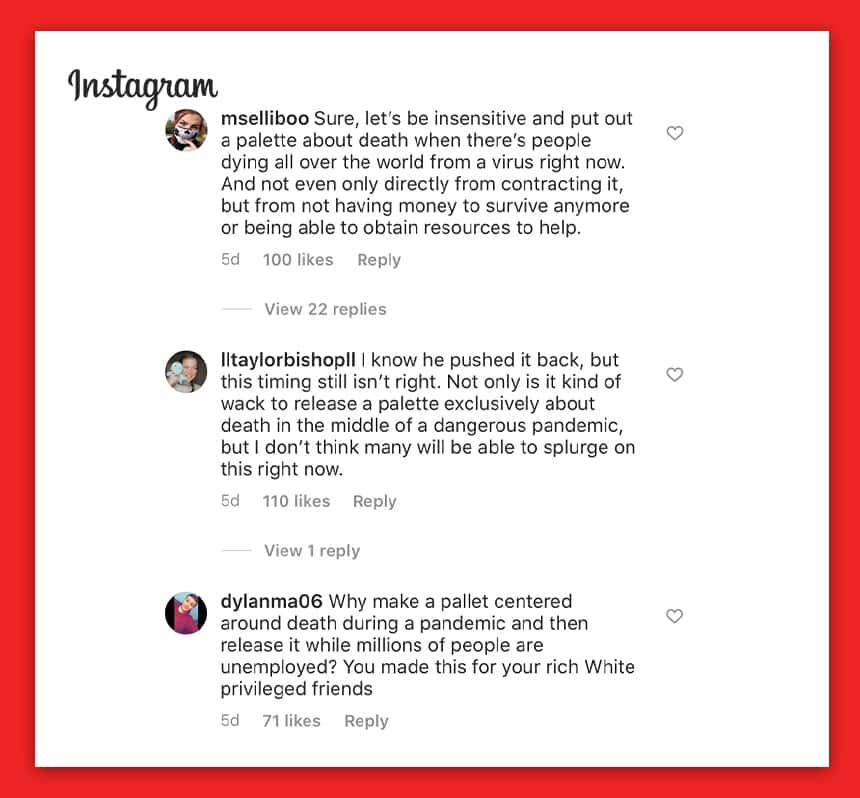 Others say that cancel culture has gone too far and that people are overreacting. 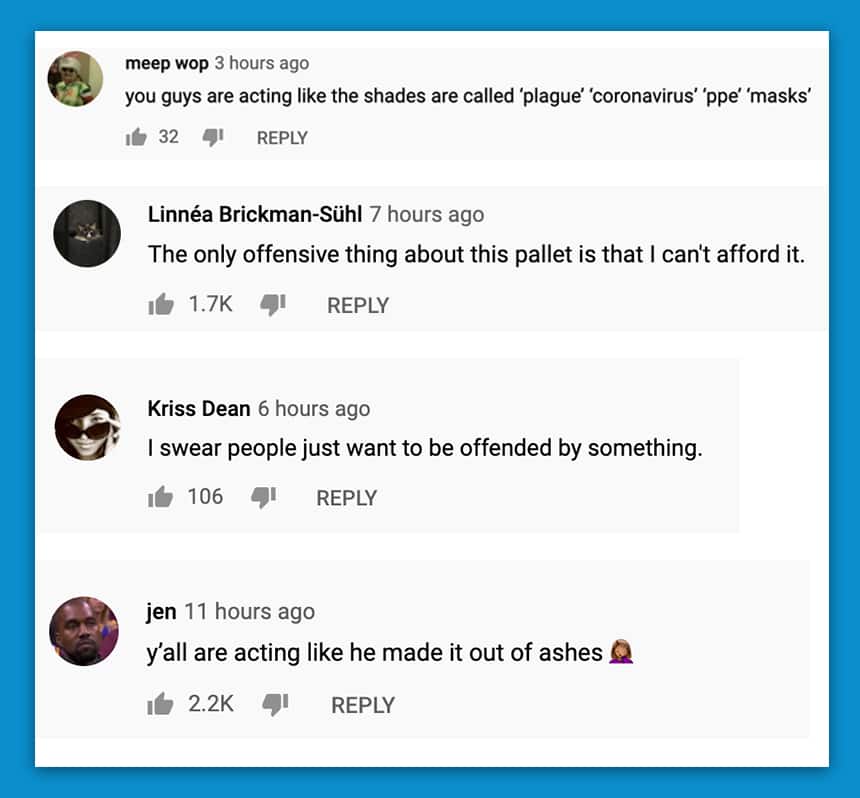 Star responds to the backlash

Yet the backlash was so fierce that Star took the time to respond to the criticism in a separate YouTube video that racked up millions of views.

Before moving onto a tutorial, Star explained that it takes anywhere from months to years to make a collection.

Star claimed to have been working on this collection since before the COVID-19 outbreak.

He said he even trademarked the name Cremated back in September 2019. 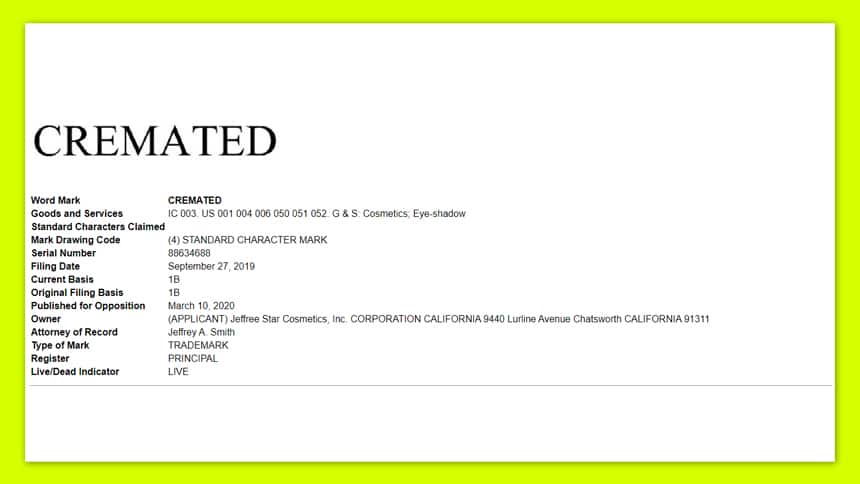 He added that his brand and creations “never come from a bad place.”

“I created a brand for all the weirdos and people that really didn't feel like they fit in. So in no way was this created to be offensive, ever,” he said.

Do you think Star is being genuine about the collection’s timing during coronavirus, or is this just a great opportunity for further publicity? 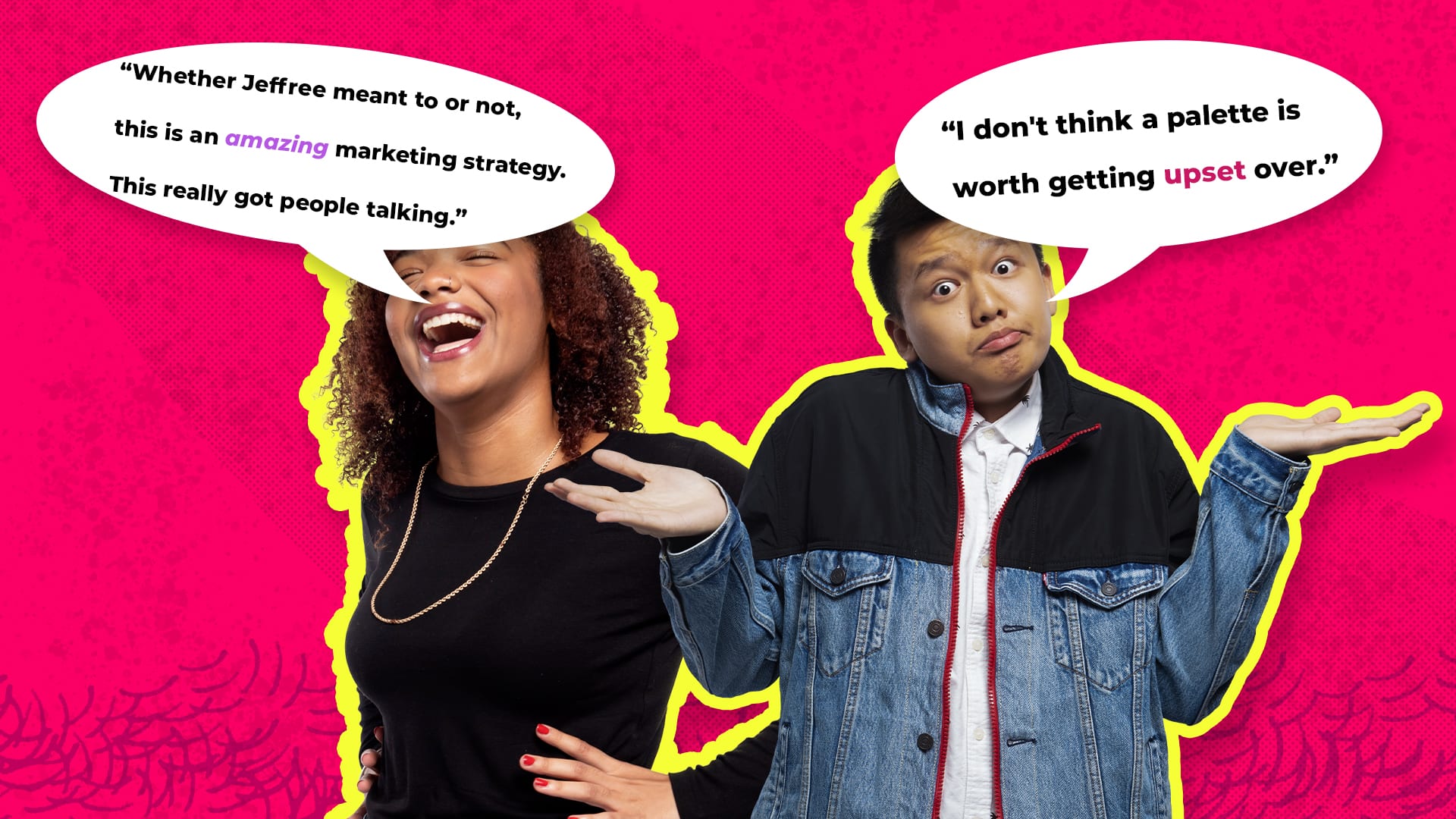 For more on Cremated, TikTok’s new CEO and what shopping malls might look like in the future, be sure to catch up with RECAP.