Animated powerhouse Disney-Pixar has introduced its first official LGBT character, but not everyone is impressed.

The cyclops-unicorn police officer named Specter, mentions "her girlfriend" during one scene in an animated film called Onward, in theatres March 6.

The character’s sexuality has been confirmed by the film’s director, Dan Scanlon.

Some say they’re offended by the stereotypes embodied by Officer Specter, while others say the inclusion of the character is something to be celebrated.

Watch the latest episode of RECAP to hear host Myah Elliott and sidekick Preeya Narcis dish on the debate. 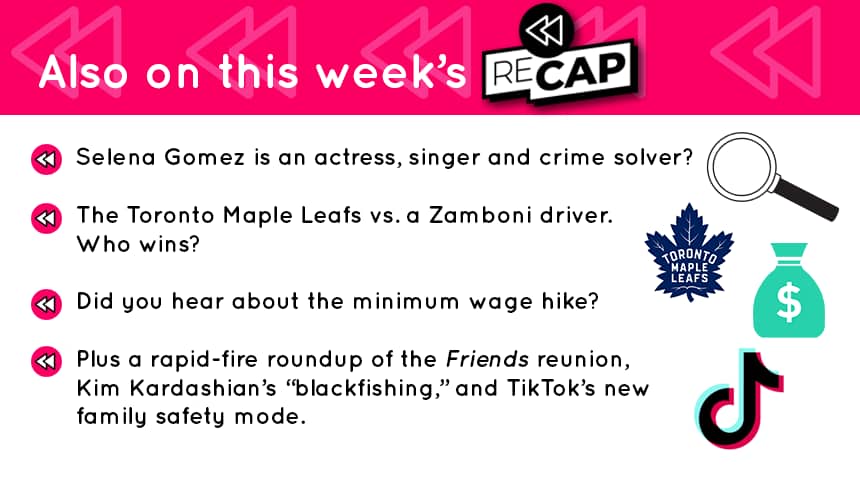 Calgary teen Jane MacNeil, 17, said they were interested in seeing the film Onward because of the representation it promised. 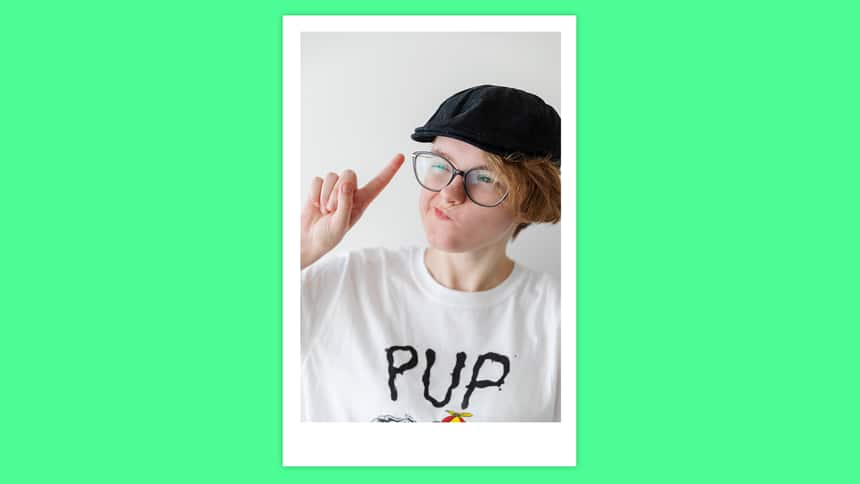 “I was so excited when I heard about it, and then so crushed,” said Jane, who identifies as a non-binary lesbian, meaning they use gender-neutral pronouns instead of she/her or he/him.

First off, Jane said, the character is ugly.

Secondly, they’re a police officer. The police have a history of conflict with the LGBT community, they said.

Finally, the character was only given a small part in the film.

Jane, who said they feel “desperate” for representation in the media, wishes the character wasn’t even included in Onward.

The character is “garbage,” Jane said.

Representation is important, they said, but not without consultation with LGBT people. 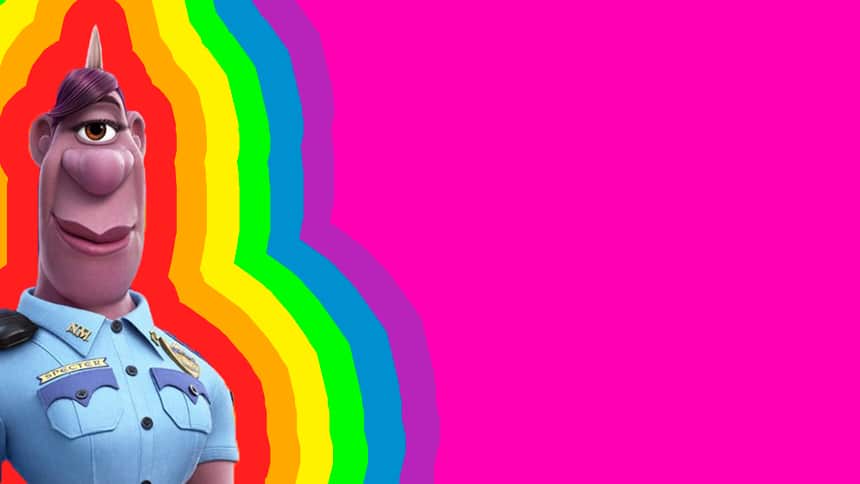 “I feel like it could have been done better,” said Jane.

To solve this dilemma of a lack of LGBT representation in film, Jane creates their own media or consumes content from smaller producers.

The internet isn’t too pleased 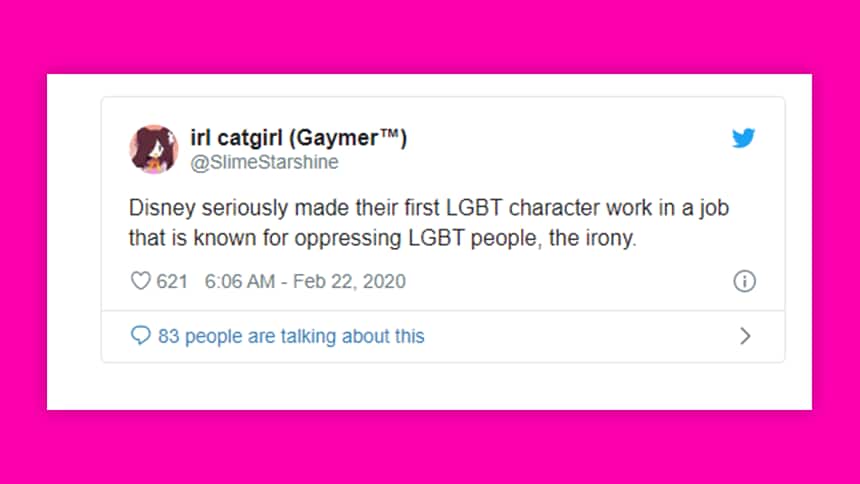 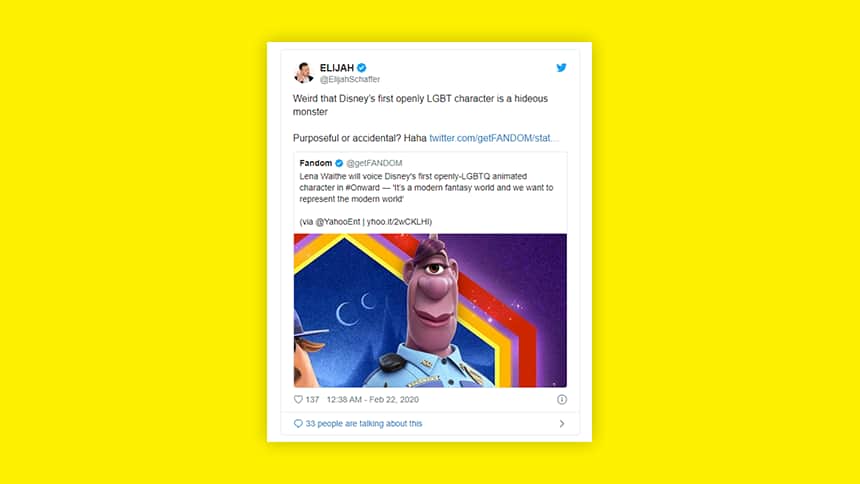 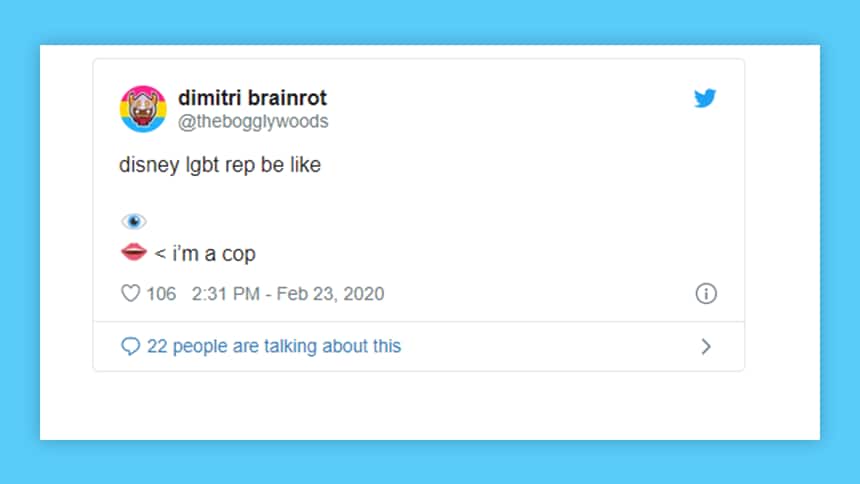 The dangers of ‘cancel culture’

According to Maureen Bradley, a self-described queer professor at the University of Victoria, having LGBT characters in children's entertainment is “a big frickin’ deal.”

Rather than judge the film before seeing it, she encourages young people to give it a chance.

Bradley, who’s a filmmaker and teaches a course on Pixar films, fears that “cancel culture,” or a boycott of Onward, will only hurt LGBT communities. 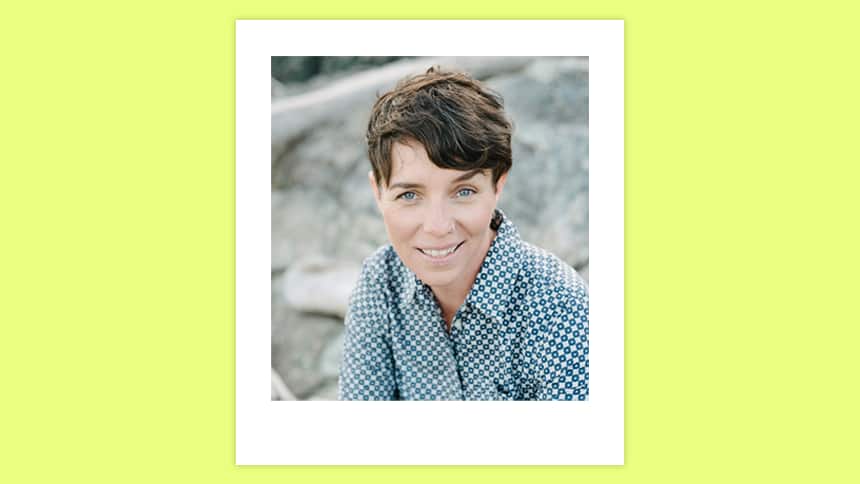 “When I see censorship culture, I get very scared,” she said.

Marginalized people have been hurt by censorship more than anybody, she said, because it meant absolutely no LGBT characters existed in the past.

Expecting Disney-Pixar to get it perfect the first time is unrealistic, she said, but at least this starts a dialogue.

Despite all this, Bradley has issued a call to action for Disney and Pixar.

“Bump up the representation tenfold,” she said.

And for LGBT kids?

“Go make your own stuff,” she said.

This will allow kids to control their own representation, Bradley said.

CBC Kids News reached out to Disney-Pixar for a comment but didn’t hear back.

Want to hear what Myah and Preeya think about Onward and LGBT representation in animated films? Check out the latest episode of RECAP: 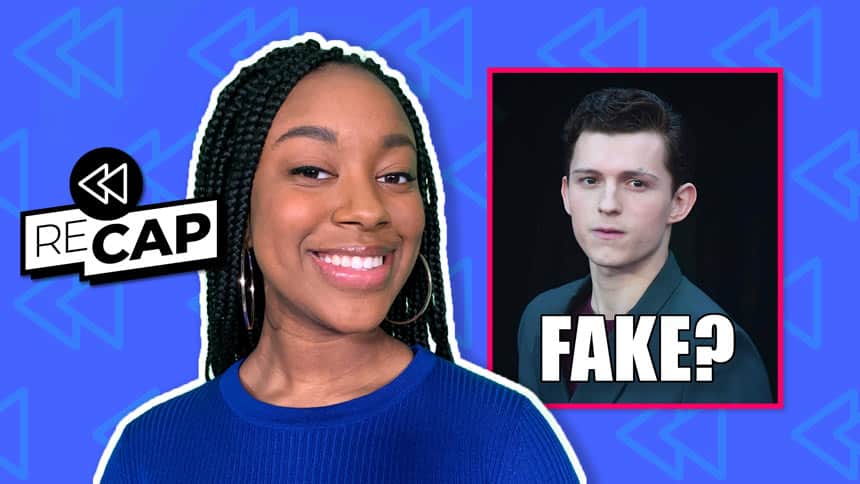