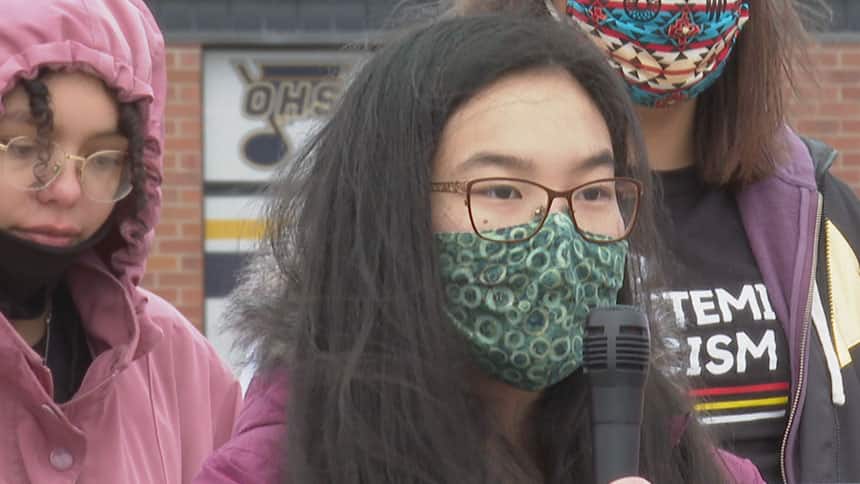 During her speech on Dec. 8, Hannah Burke talked about hiding her tears when faced with racism in New Brunswick schools. (Image credit: Maria Jose Burgos/CBC)

Students at New Brunswick’s Oromocto High School are the latest group of Canadian teens to draw attention to racism in schools by walking out of class.

Nearly 150 students gathered on a field in front of the school on Tuesday, where they shared personal stories, speeches and poems.

“I have never, not once in my 17 years of life, been proud to be Chinese,” said Grade 12 student Hannah Burke from the podium. “I have never felt like I belonged.”

“Are you the one who eats cats and dogs? Will your parents beat you if you don't get an A?” Hanna said, when asked about the phrases that hurt her.

“These words are a part of me now,” she said.

Their anti-racism protests come as the Black Lives Matter movement continues to force conversations about racism out into the open. 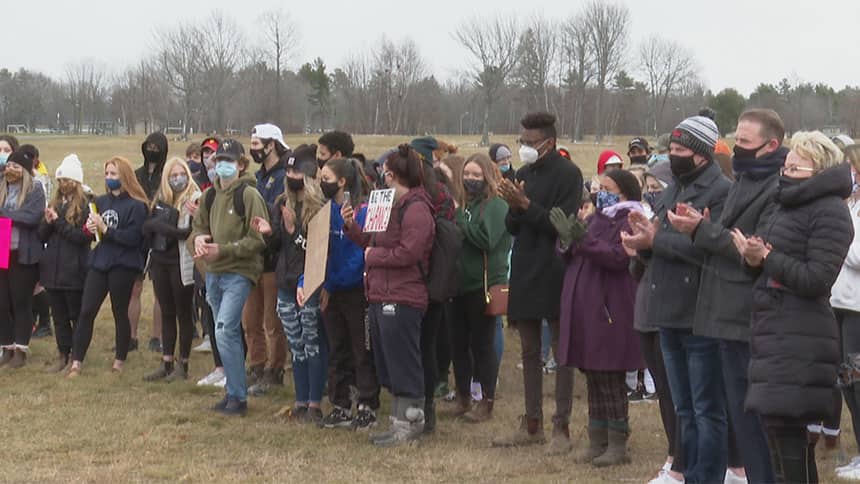 Around 150 students walked out of class to attend Tuesday’s rally in the field in front of Oromocto High School, just outside of the capital city of Fredericton. (Image credit: Maria Jose Burgos/CBC)

The point of the walkout was to recognize that “there is racism within the walls of Oromocto High School and schools all across Canada,” said Kalkidan Burke, student president at the school, which is southeast of Fredericton.

Kalkidan said racist acts happen every day at her school.

Students call on staff for support

She said she doesn’t feel support from school administrators when it comes to changing the culture in the classroom. 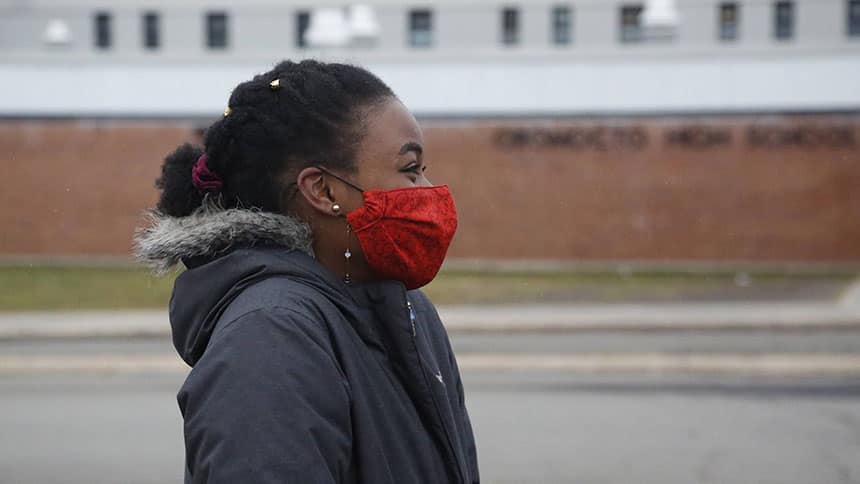 During the protest, student president Kalkidan Burke called on white students to speak out against racism when they hear a slur at school. (Image credit: Maria Jose Burgos/CBC)

Principal Kevin Inch attended the rally, saying, “we are trying to support them.”

He said he encourages students to report racist incidents whenever they happen “so that we can act on those.”

Inch said school staff can only act on what they hear about.

Even so, there are times when there isn’t enough evidence to address a complaint, he said.

“Unfortunately, sometimes students see that as not taking action.” 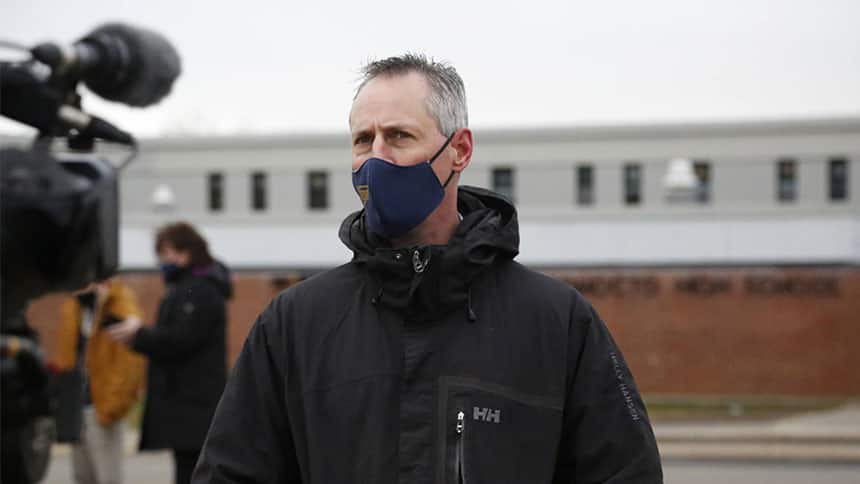 Education as a next step

Kalkidan said educating staff and students on the impact of racism would be a good next step.

“We’re fed up at this point,” she said. “The next generation shouldn’t have to live through this.”

Inch said better education is a goal for administrators at the school.

As part of that process, staff have been working with the school’s Black history committee to bring in guest speakers and host assemblies. 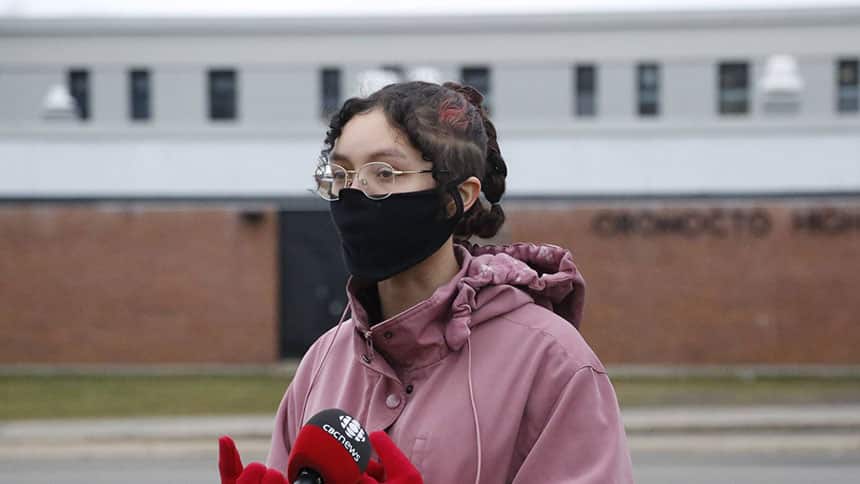 Emmanuelle Jackson spoke at the rally about the racial slurs that have been used against her over the years. ‘I’ve been told my skin is dirty,’ she said. (Image credit: Maria Jose Burgos/CBC)

Encouraging white allies to speak up

The idea of getting more white students involved in the movement also came up.

“We, as people of colour, are tired,” Hannah said.

Grade 12 student Taylor Carr, who is white, said she’s committed to supporting people of colour at her school as an ally.

“We need more white people speaking up about this issue. It is not the responsibility of the Black students in this school to be solving all of the problems that we have here.”

Kalkidan said it starts with white students “standing up against racism when they see it.”

With files from Shane Fowler/CBC 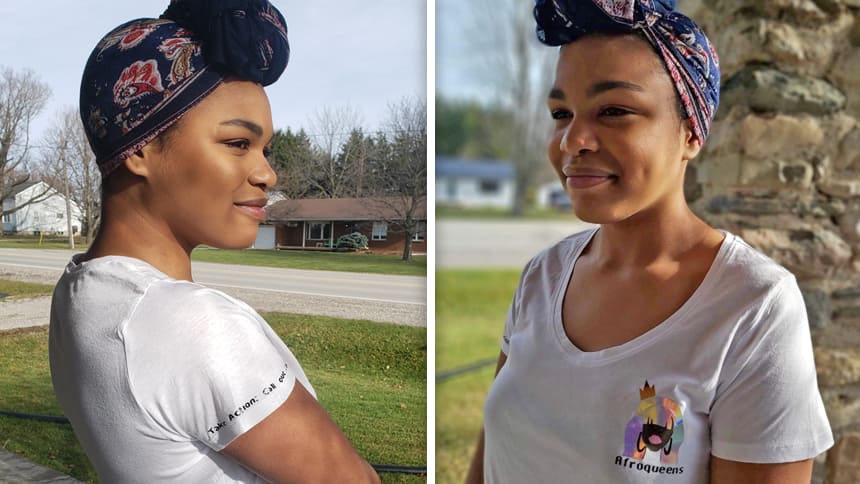 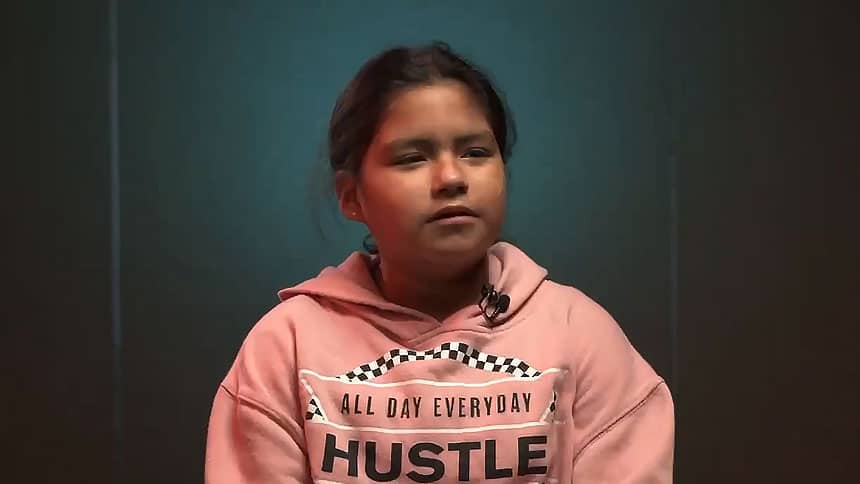