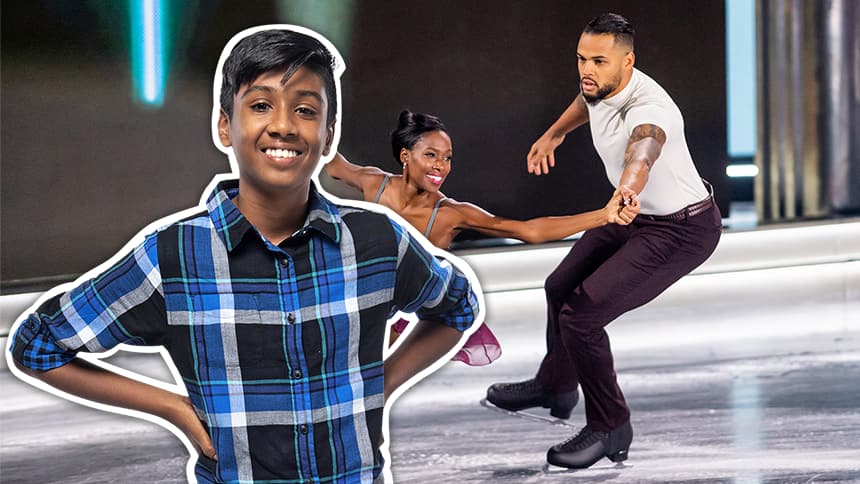 How Aliu is using his star power to highlight injustice

For several months, Canadian hockey player Akim Aliu has been using his platform to discuss issues around racism and inequality in hockey.

This fall, he’s traded his hockey skates for figure skates as he competes on this season of CBC’s Battle of the Blades.

But his message is still the same: racism exists in hockey and kids should feel empowered to speak out against it.

Akim, 31, most recently played for HC Litivino, a league in the Czech Republic.

He was born in Okene, Nigeria, and grew up in Ukraine. At age seven, Aliu moved to the Toronto area, where he started to play hockey.

Since then, he has played for numerous hockey leagues in different parts of the world, including in the NHL for the Calgary Flames between 2011 and 2013. 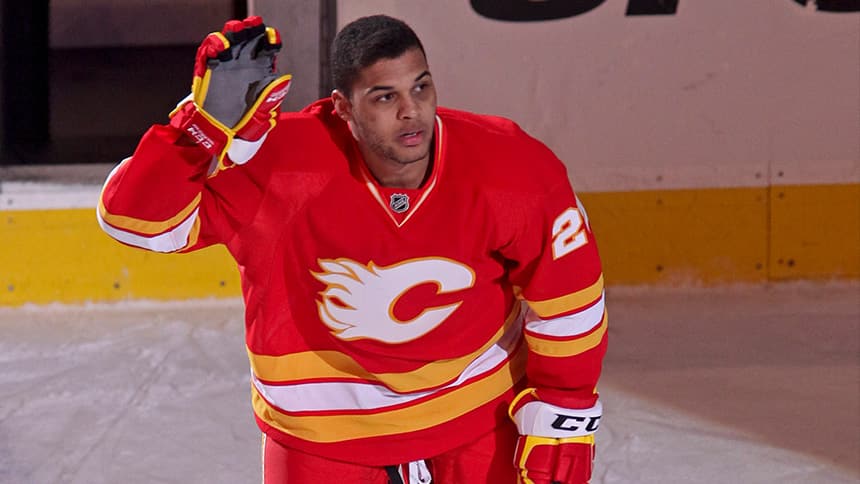 While he has had a long career in professional hockey, Aliu spoke out recently about the racism he’s endured during his time playing the sport he loves.

That’s why Aliu is working to raise awareness about the issue.

CBC Kids News contributors Abigail Dove and Arjun Ram spoke with Aliu during a recent interview for KN Sports. Here is part of their conversation.

(The following questions and answers have been edited for clarity and length, and include questions asked by Abigail Dove. For the full interview, click on the video at the bottom of the page.)

Q: You are on Battle of the Blades. How did CBC talk you into this one?

A: I started the conversation with PJ Stock, who's been around the show for some years now, and he convinced me that it was a good platform for me to kind of spread my message. And what I'm trying to do in the game of hockey is just helping people in society with racial inequalities. I'm just having a blast on the show with so many great people. I’m having a really good time. 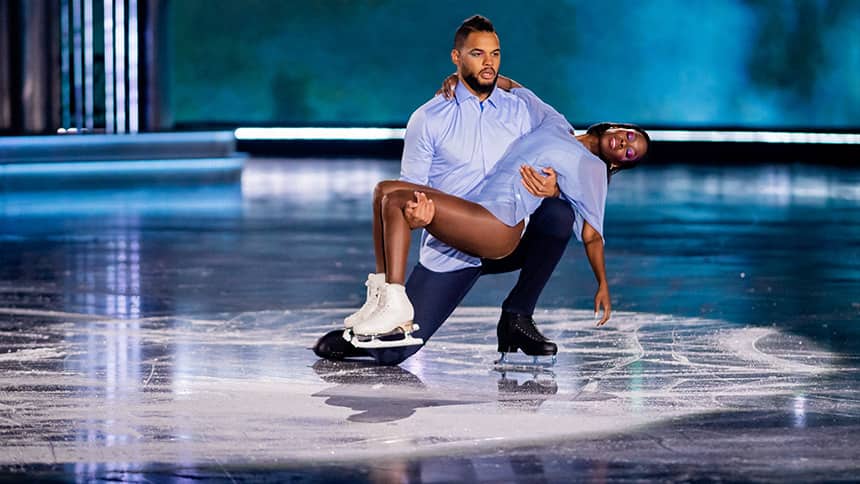 Aliu with his skating partner, Vanessa James, during episode two of Battle of the Blades. (Image credit: CBC)

Q: You mentioned in the first episode of Battle of the Blades that you wanted to give 'a voice to the voiceless.' What do you mean by that?

A: I think a lot of people in the world don't have a platform to speak on some of their issues. And I just want to be somebody that inspires people to speak on what they believe in and [about] some of their struggles in life that nobody really knows about. So I want to use my platform to be able to give people an opportunity to know that it's OK to not be OK. So that's kind of the angle that I'm coming from. 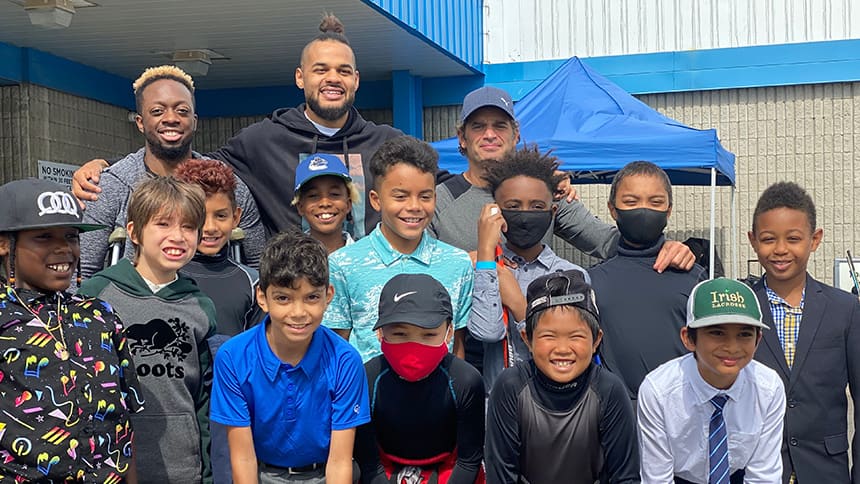 Q: Do you think that athletes deserve the type of power to share their opinions and to share their thoughts on various issues? Some people may think otherwise.

A: Yeah, 100 per cent. There's probably not many people on Earth that are more popular than the high-profile athletes, and people follow their lead. So I think it's important that if an athlete is speaking out on positive change in society and in the world, for people to take it seriously and to listen to what they're saying.

Q: You're also the founder of the Hockey Diversity Alliance (HDA), which brings awareness to racism in hockey. And I understand that you decided to work independently. You didn't decide to collaborate with the NHL on this. Can you explain to me why you made this decision?

A: Well, we started conversations with the NHL. We wanted to work with them but we could tell they weren’t showing enough interest to push the conversation forward and to want to come together and create real change. I guess [you should] stop wasting your time and going in circles when you understand that somebody is not on the same page, and that's where we're at right now.

Q:  What is your dream for the future of hockey?

A: My dream is for every kid, no matter what race, gender or economic background, to just be able to see themselves playing the game. I think that it would be something special to see kids that look all different sorts of ways to be able to come together and play the best game in the world. I truly believe it is a game that's got the most potential to grow and grow and grow. And this is attracting a new demographic of kids that don't look like the kids that are playing now.

You can check out our full interview with Akim Aliu here:

Arjun Ram
CBC Kids News Contributor
Arjun Ram is a Grade 9 French Immersion student from Hamilton, Ont., with many diverse interests such as sports, music and math. Arjun has developed an interest in reporting on social and political issues as well as important developments in the area of professional sports. He hopes to one day work as a news anchor for CBC. 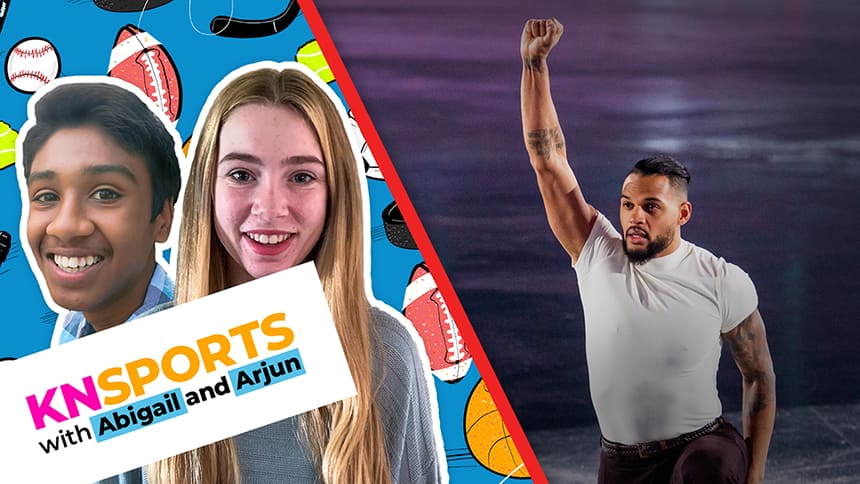