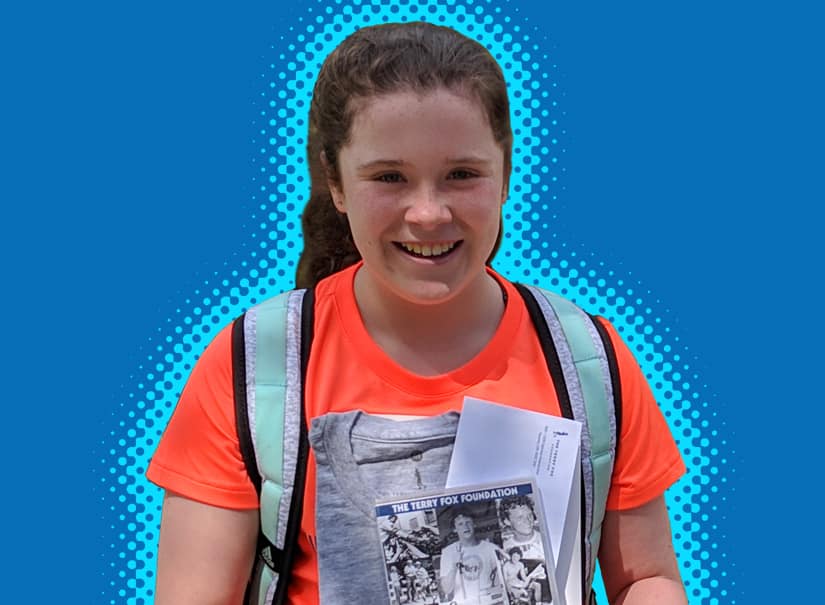 Jocelyn Adams, who is from Windsor, Ont., has been raising money for the Terry Fox Foundation through fundraisers like bake sales and garage sales.

Jocelyn Adams has been raising money for the Terry Fox Foundation since she was three and a half years old.

The Grade 7 student has donated approximately $23,000 to date, and on Monday, May 6, a special visitor come to her Windsor school.

Terry Fox lost his leg to cancer when he was 18.

Instead of giving up, he decided to run across Canada to raise money and awareness to fight the disease.

It is known as the Marathon of Hope. 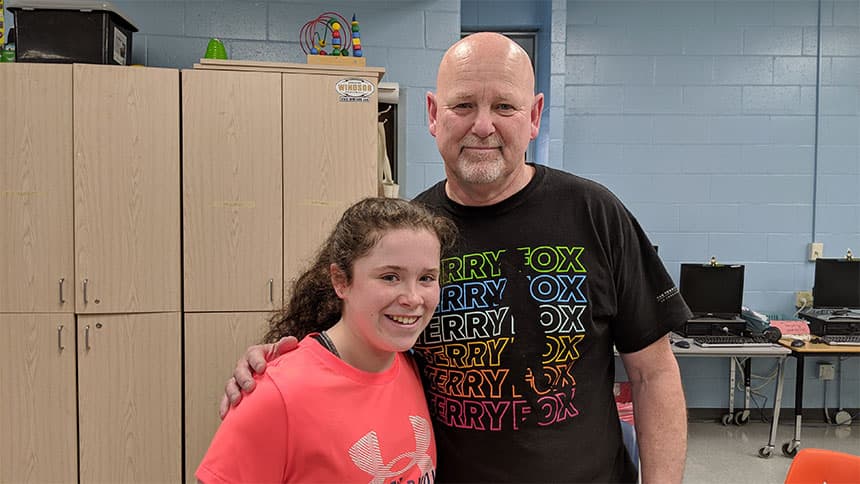 “It’s amazing being able to acknowledge and thank her for what she does,” said Jocelyn, “Terry could never imagine he started the marathon of hope 39 years ago … that he would be inspiring young kids.”

For Adams, this was her second time meeting Fox. Her first meeting happened when she was in fourth grade.

Motivated to help those affected by cancer

Growing up, Jocelyn remembers her parents donating to the Terry Fox Run.

Inspired by her parents’ generosity and by the number of people in her life who are affected by cancer, she started raising money by organizing apple and cookie fundraisers.

This year, she plans to continue her fundraising with a garage sale and car wash.

“She’s an amazing, young individual, inspired by Terry, but Jocelyn will inspire so many others as well,” Fox said.

With files from Tahmina Aziz/CBC Windsor