Kaya Kanashiro may be talented enough to have scored a major role in a new TV series, but that doesn't mean she doesn't sometimes experience moments of doubt.

The 16-year-old from Mississauga, Ontario, shot the new CBC and HBO Max comedy series Sort Of in 2020. It was her first time filming a television series.

Kaya described the experience as fun, but also intimidating at times.

“On the first day on set, I didn't really tell many people about this, but I had a little bit of an anxiety attack because I didn't realize that there were so many people that worked together on a show.”

Still, despite the initial shock, she said she eventually forgot about all the people and just had fun getting into her character, that of 13-year-old Violet Kaneko-Bauer.

The entire season of Sort Of is available to stream on CBC Gem as of Oct. 5. It will begin airing on CBC-TV on Nov. 9. 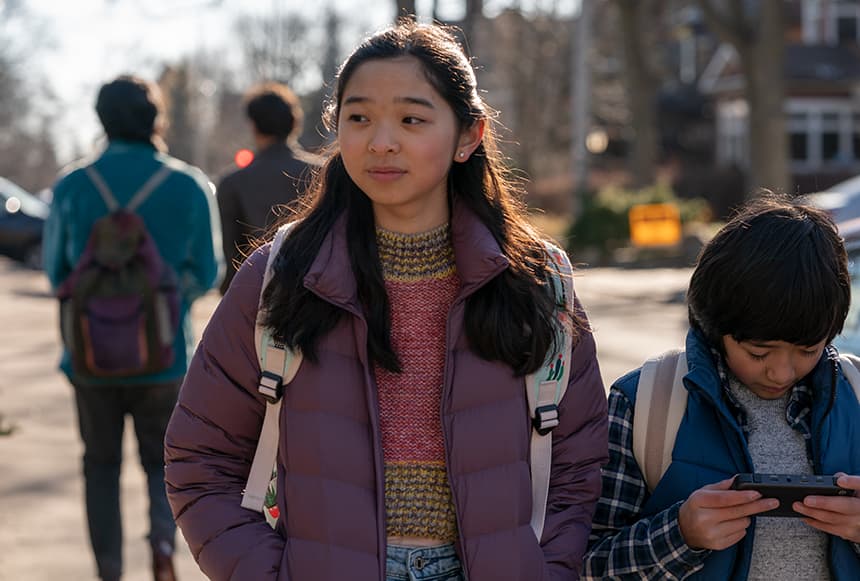 Playing the character Violet on Sort Of was Kaya Kanashiro’s first professional acting role. She said when she found out she got the job, she was ‘shocked’ and ‘really, really happy.’ (Image credit: CBC)

What is Sort Of about?

Sort Of is the story of a trans genderfluid young adult, named Sabi, played by Canadian actor Bilal Baig, who is also a co-creator of the series.

Like their character, Baig is trans and goes by they/them pronouns.

When the series begins, Sabi is a nanny for a family with two kids living in downtown Toronto.

Kaya plays the elder daughter, Violet, who at 13 is pretty sure that she is too old to need a nanny. 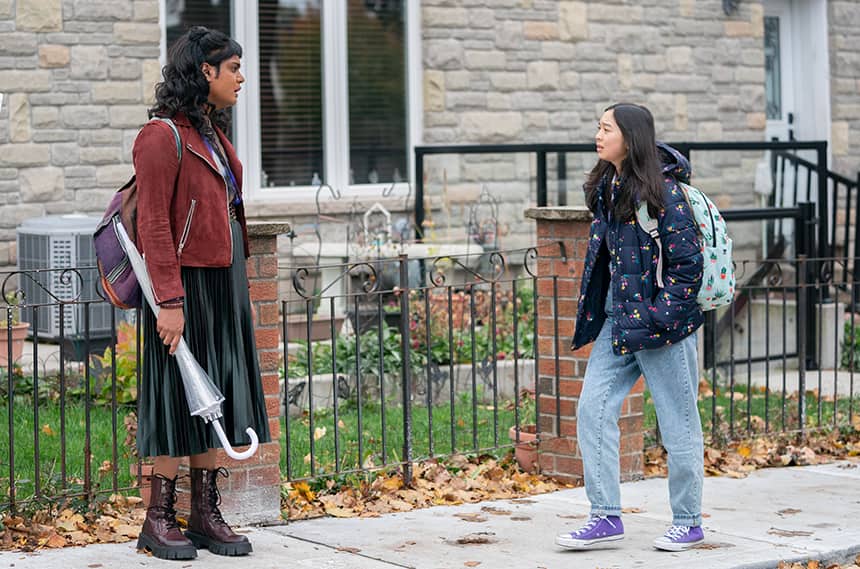 Kaya, right, described star and co-creator Bilal Baig, left, as ‘so kind.’ She said working on the show and alongside Baig helped teach her that ‘somebody that loves you will always accept you and will always love you for who you are.’ (Image credit: CBC)

But, just as Kaya’s family is about to say goodbye to Sabi, they experience an unexpected tragedy that changes the course of all their lives.

The show is essentially about growing up and navigating transitions.

For Kaya’s character, that means going through the highs and lows of puberty while also dealing with some serious family drama.

“I think you can learn a lot from this show and grow from it because there are a lot of topics that we kind of go into and exposure that you don't really see that much.” - Kaya Kanashiro, 16

Kaya and her character Violet have a fair amount in common.

They are both young Asian girls of mixed descent growing up in the Greater Toronto Area (GTA).

Kaya is of Japanese and Korean descent while Violet’s parents are Korean and white.

But, according to Kaya, her and Violet’s personalities are quite different.

Violet’s “kind of explosive,” Kaya said. The character is not the type of person to bottle up her feelings.

“Versus me, like, if I don't feel happy about something, I normally have to keep it to myself.”

Kaya, who filmed the series when she was 15, said she thinks some of this is due to the age difference between herself and her 13-year-old character.

She said that when she was younger, she also had a harder time controlling her emotions, so she could relate to Violet.

“It was kind of fun because it was like I was remembering what it was like being 13. Because as you grow up, you kind of forget what your past self was like,” she said.

Another difference between Violet and Kaya is their family dynamics.

In real life, Kaya is the younger sibling. 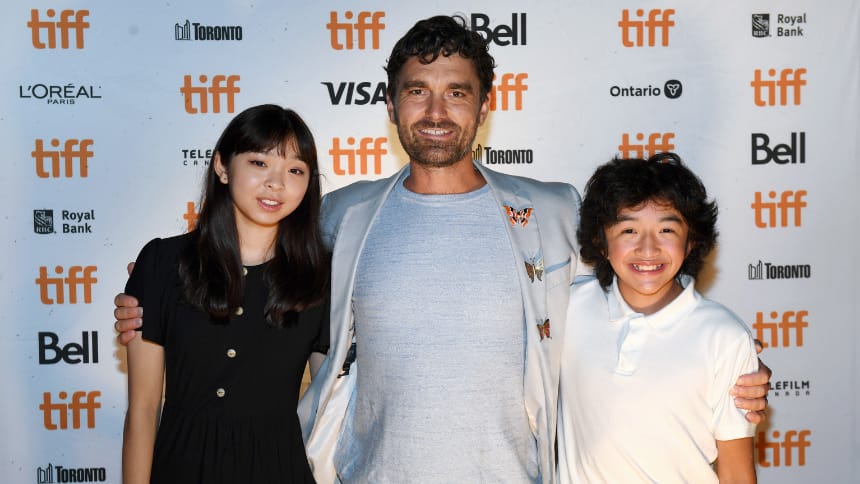 Kaya, left, with Gray Powell who plays Violet’s dad, centre, and Aden Bedard, right, who plays her brother. Kaya said she had a great relationship with her entire on-screen family, and even started calling Powell ‘dad’ on set. (Image credit: Sonia Recchia/Getty Images)

The role helped her sympathize with her real-life older brother.

She said she now better understands what it’s like to deal with a younger sibling pestering you.

Still, Kaya and her on-set little bro are friends, despite the occasional small arguments.

Aden’s “so funny,” Kaya said. ”He always made me laugh and smile.”

She acts, she sings, she dances, but she doesn’t like to brag

In addition to acting, Kaya is also a classically trained singer. She goes to Cawthra Park Secondary School, an arts high school in Mississauga where she specializes in vocal music.

Kaya’s big dream when she was younger wasn’t to be an actor, but a pop star.

She said she looks up to K-pop groups like Day6 and South Korean singer-songwriter Yerin Baek.

Kaya is also trained in various styles of dance and plays the guitar.

Still, despite her accomplishments, Kaya can be shy about sharing her wins.

She didn’t tell her classmates about landing the Sort Of role until a week before the first episode aired, when a friend told their music class that they saw Kaya on TV.

“I'm kind of strange. I don't really like the idea of being famous. I like kind of just laying low, I guess.” 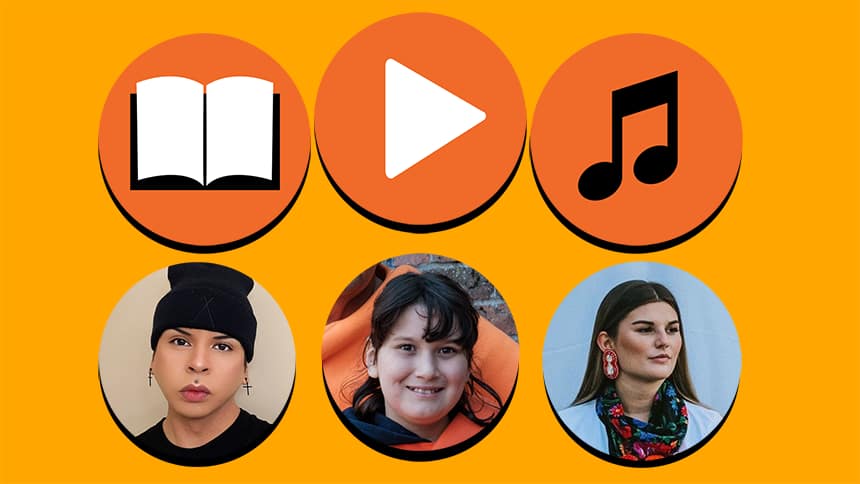 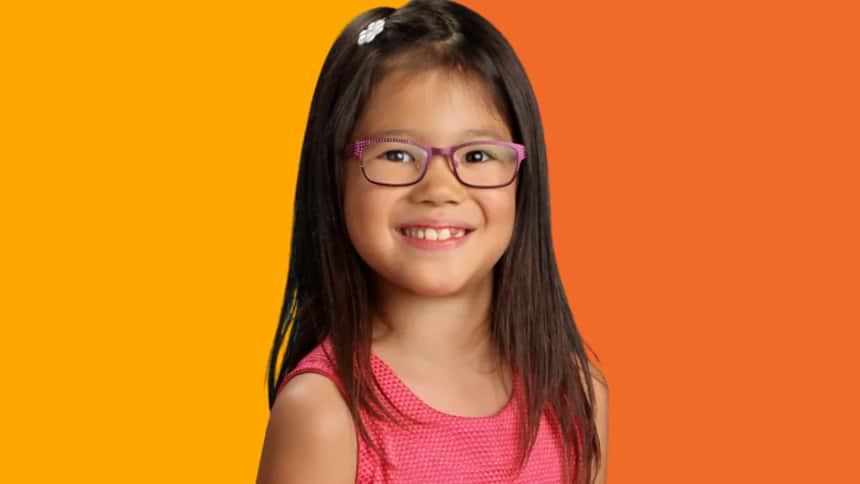 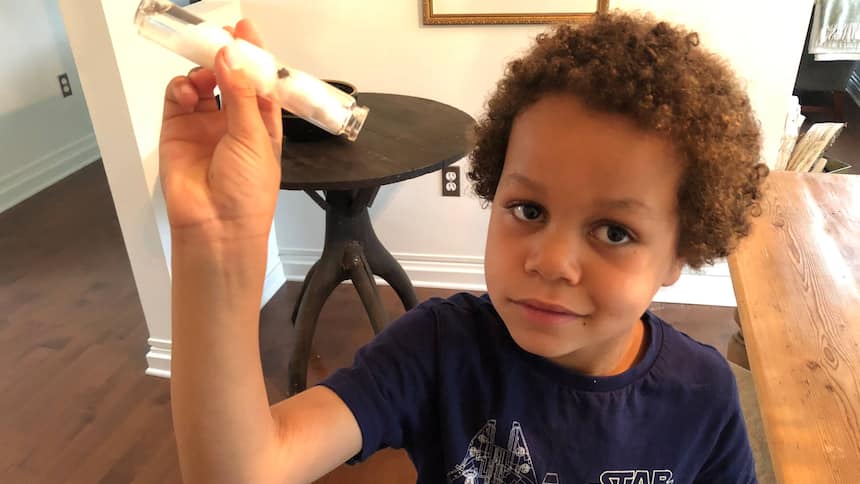