Platypuses just got weirder: turns out, they glow in the dark

Scientists not yet sure why they glow

Platypuses are making sure they keep up their rep as one of the world’s weirdest animals.

Ultraviolet light is the kind that makes your teeth glow when you go cosmic bowling under a black light. It isn’t visible to the naked eye.

Only a few other mammals on the planet are able to do this, and the platypus is the first monotreme — a mammal that lays eggs — that has been shown to have this ability.

The science behind the glow

Platypuses glow because of something called biofluorescence.

Biofluorescence is different from bioluminescence. That’s when a living organism, like a firefly, can create light from its body, rather than absorbing that light from another source.

Platypuses are weird-looking creatures to begin with — like a hybrid between a duck and a beaver. 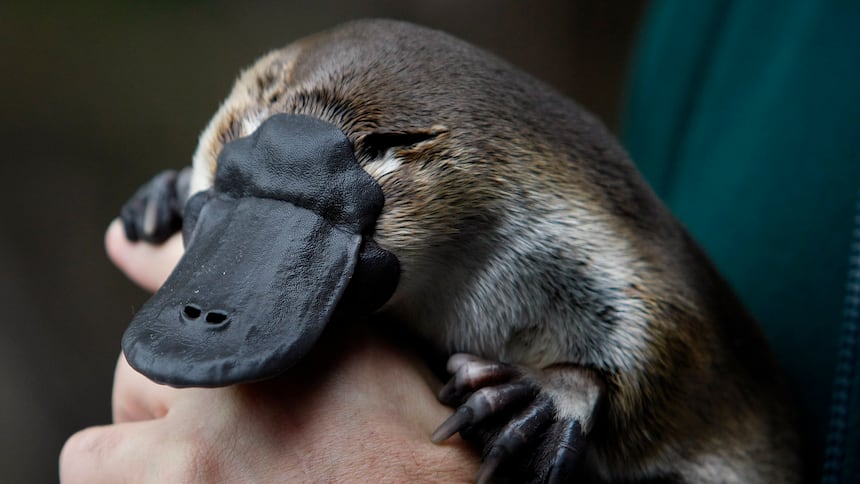 They also have an ability called electrolocation, which means they have receptors in their bills that allow them to detect electric signals from their prey underwater.

Platypuses are also one of only two known mammals that lay eggs, the other being echidna, which are land-dwelling animals that sort of look like hedgehogs.

And they just got weirder

Although many non-mammalian species, including some reptiles, birds and fish, are biofluorescent, very few mammals have ever been found to possess the ability. 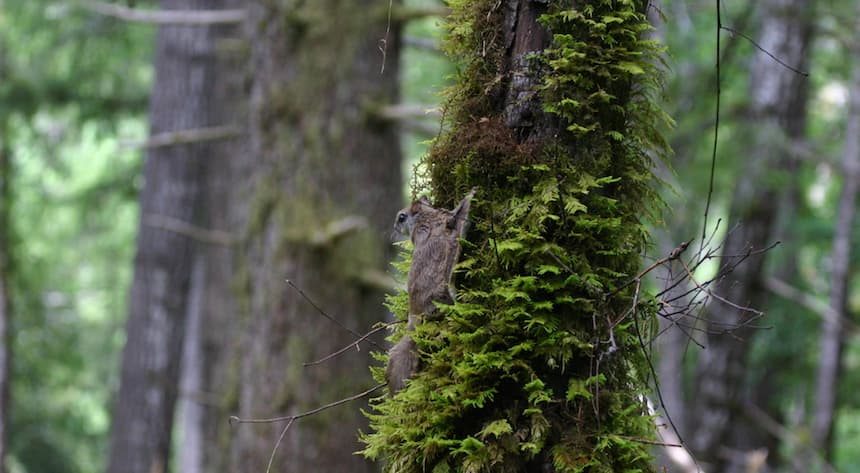 Flying squirrels are one of only a few mammals shown to be biofluorescent. They glow a bubblegum pink under ultraviolet light. (Image credit: Nick Kerhoulas/Reuters)

So far, only certain species of opossums and flying squirrels have been shown to glow.

Those findings in flying squirrels got scientists wondering whether platypuses would share the same traits. 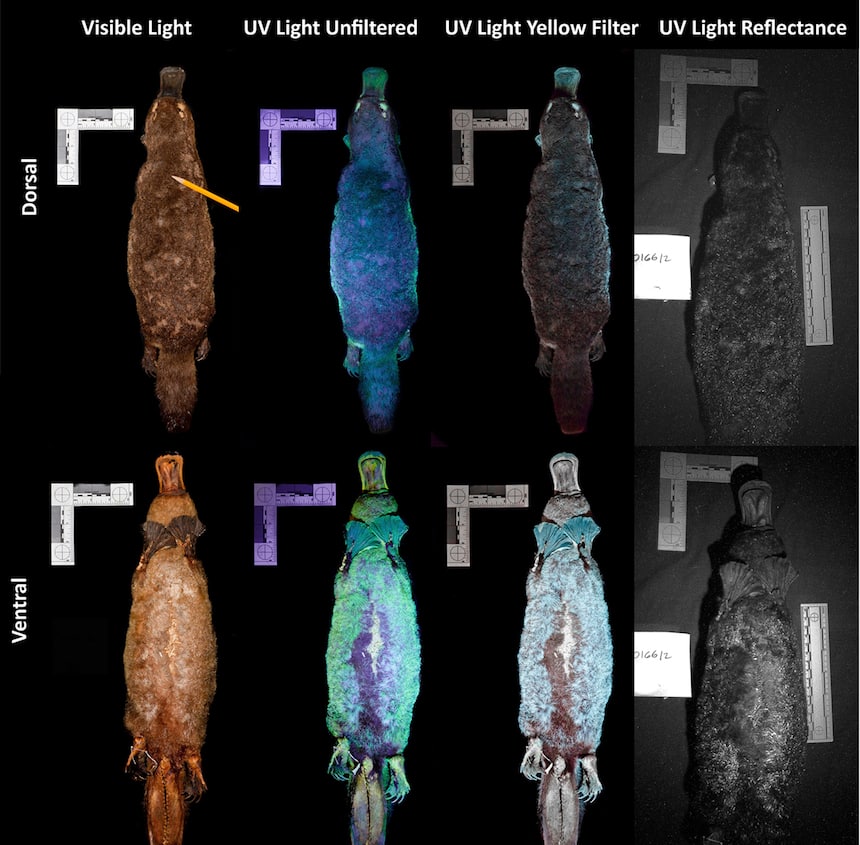 The scientists aren’t exactly sure why platypus pelts are biofluorescent.

It could be that there was some need for the animals to glow in the past and that ability stuck around even though they no longer needed it.

It could also be a way for these nocturnal animals — active at night instead of during the day — to see and communicate with each other in low-light conditions.

Or maybe it’s a form of camouflage. Absorbing ultraviolet light could make it harder for some predators to see platypuses.

The scientists say the next step is to study a living platypus to confirm that the biofluorescence also exists in living specimens.