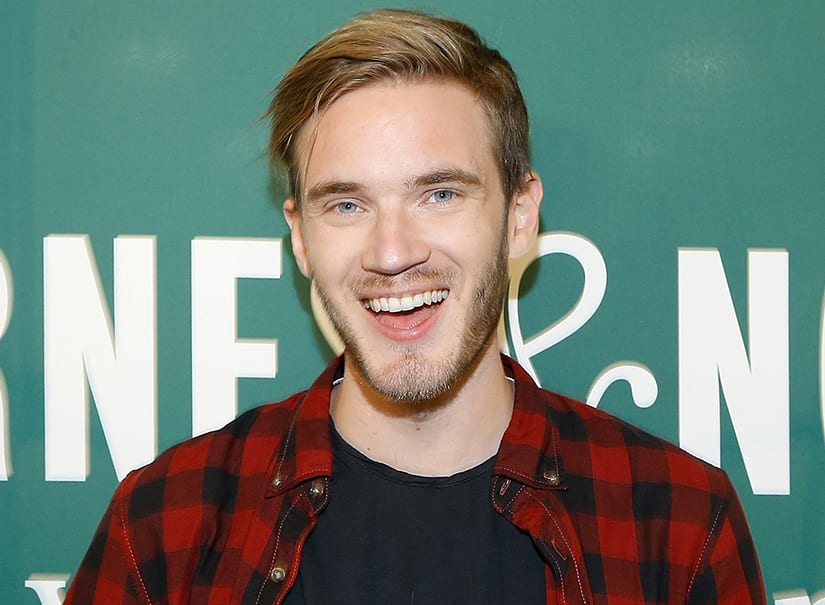 Earlier this year, the Swedish YouTuber started a race to 100 million with Indian music channel T-Series.

He lost that race and T-Series currently has 109 million subscribers.

But PewDiePie's latest achievement is special because he's hit this milestone as an individual creator.

No one else comes even close.

The team behind 5-Minute Crafts is in third place with 60 million subscribers.

Fans and supporters of PewDiePie took to social media to celebrate. 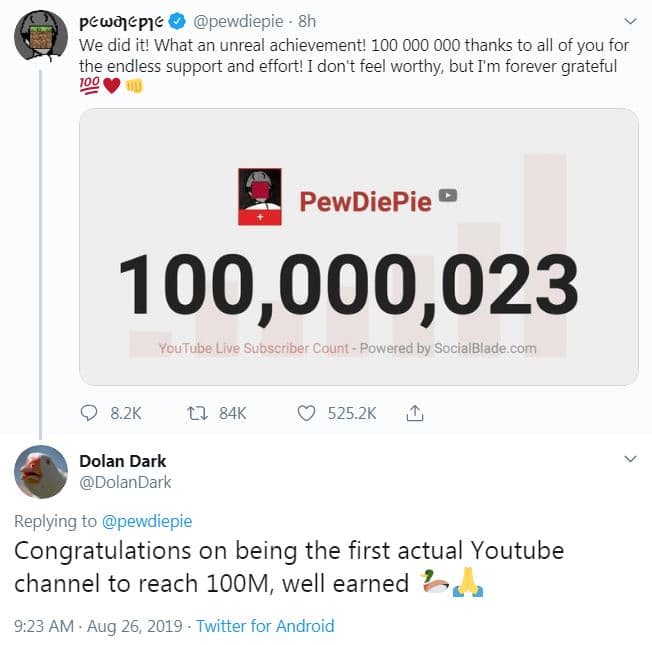 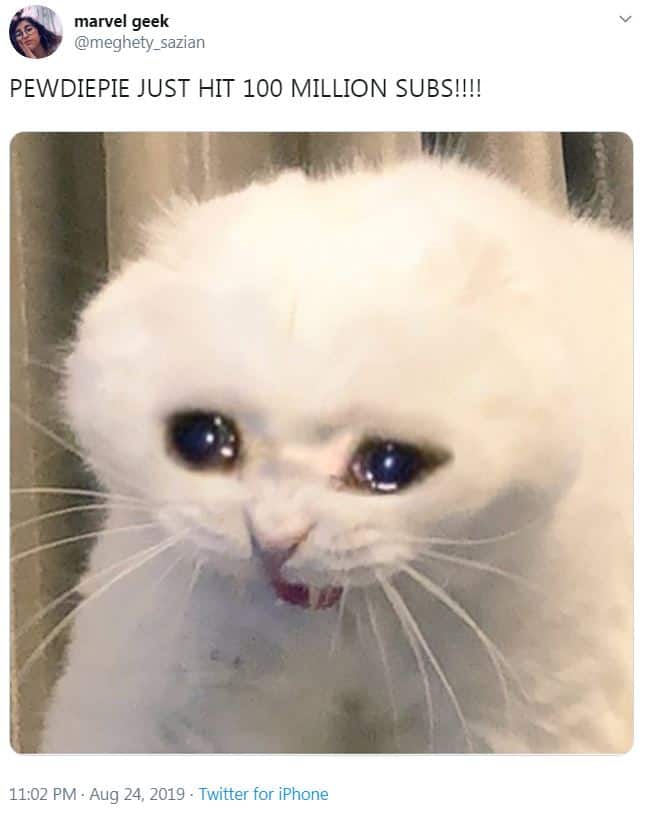 PewDiePie’s popularity has been interrupted by controversies over the years.

He has used language described as racist in the past.

At one point he called fellow YouTuber Lilly Singh a “crybaby” and an “idiot” after she spoke out about wage and gender equality in the digital space.

And in 2017, YouTube Red pulled out from a series with PewDiePie, saying he used material that was offensive to Jewish people in a gag video.

But with a return to more neutral content, and a renewed love for Minecraft gaming, PewDiePie is back in the news for better reasons.

YouTube even congratulated his 100 million feat with a tribute video. 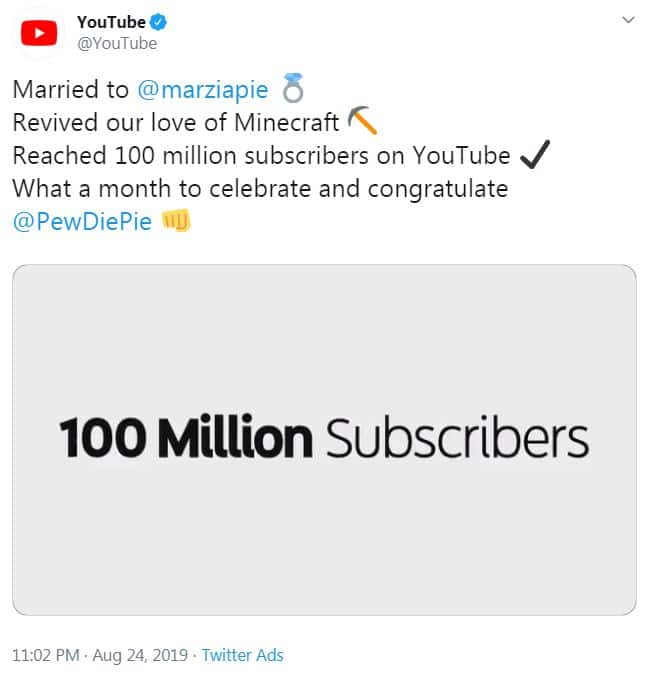 Correction: we incorrectly reported that the world's population is 75.3 billion when the actual popluation is 7.7 billion, according to a recent UN report. This correction was made Aug. 27 at 23:20 ET. 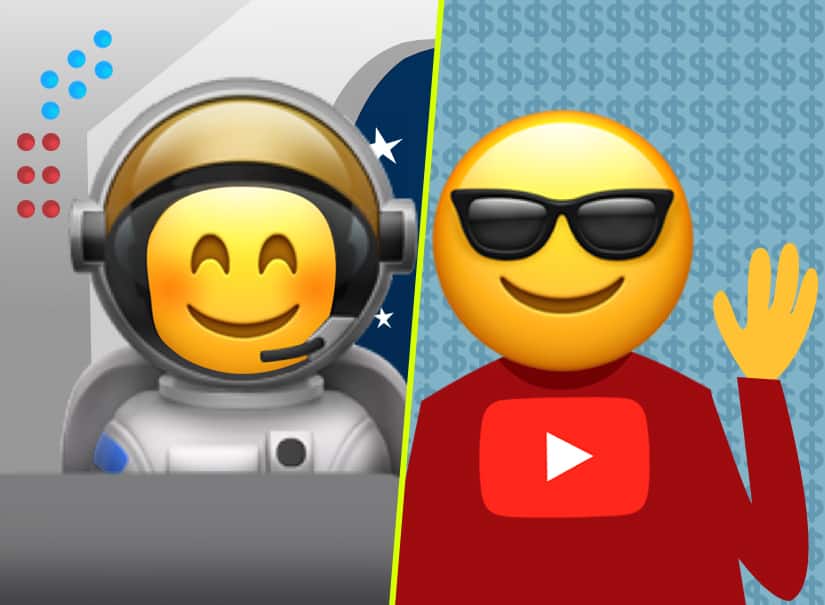