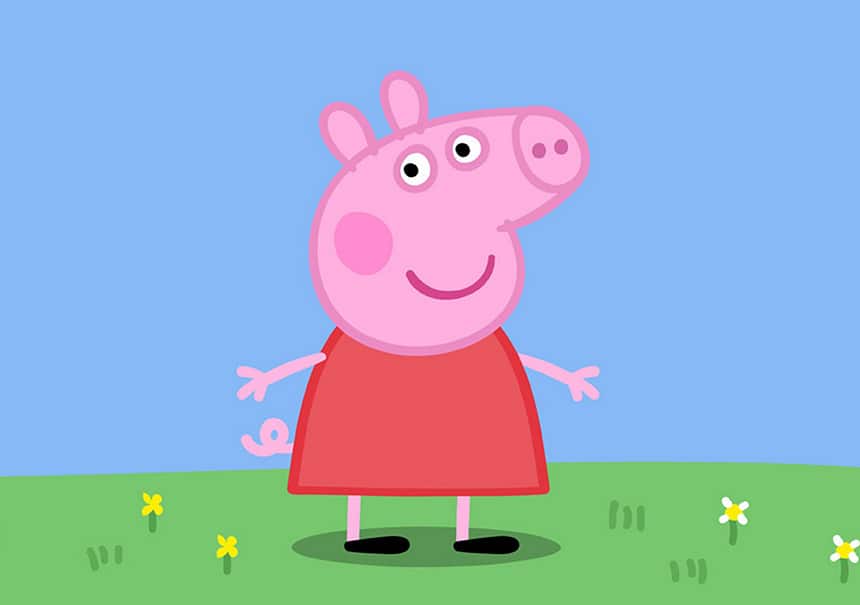 Peppa Pig’s height has the internet freaking out

A giant British pig, a pledge to not buy new clothes and Taylor Swift’s latest song from Lover

Maybe George is along for the ride, maybe not. 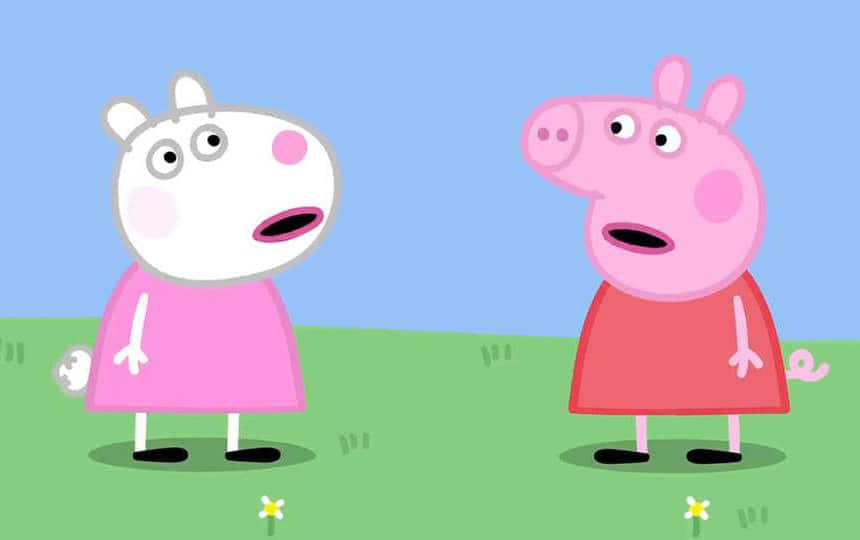 Suzy Sheep and Peppa Pig have a chat. (BBC)

You may also think of the distinctly British way she says “daddy.”

But what you probably don’t think too much about is her height.

Because, really, she’s an animated pig so she’s short — probably shorter than you, right?

Wrong. Well, at least according to the internet.

After a Twitter user typed “peppa pig height” in a Google search, they posted an image of the result on Twitter. It read: 7’1” (that’s seven feet one inch, which is the height of professional basketball player Shaq). 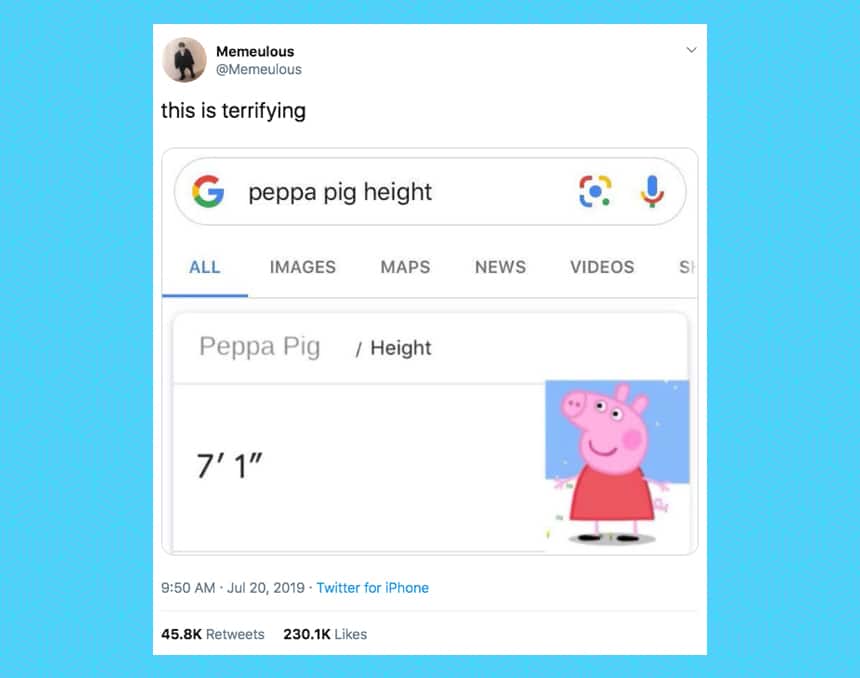 This got people talking on social media because who doesn’t want to imagine a British pig in a dress being taller than the average human?

There was some talk about Peppa’s potential in the NBA. 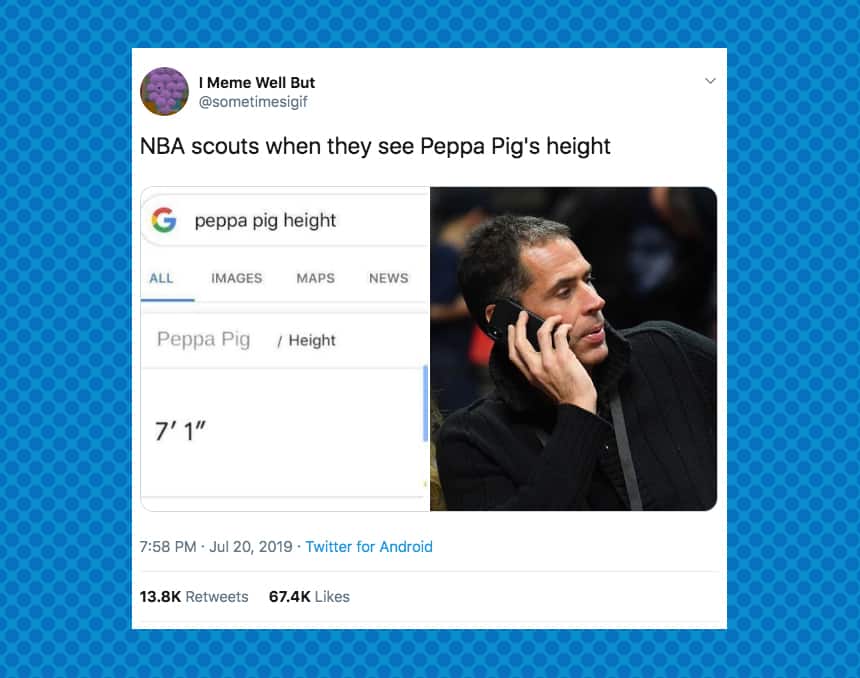 Another fan had some questions about Peppa’s eyes, which are drawn on one side of her face, suggesting she might have four eyes in total. 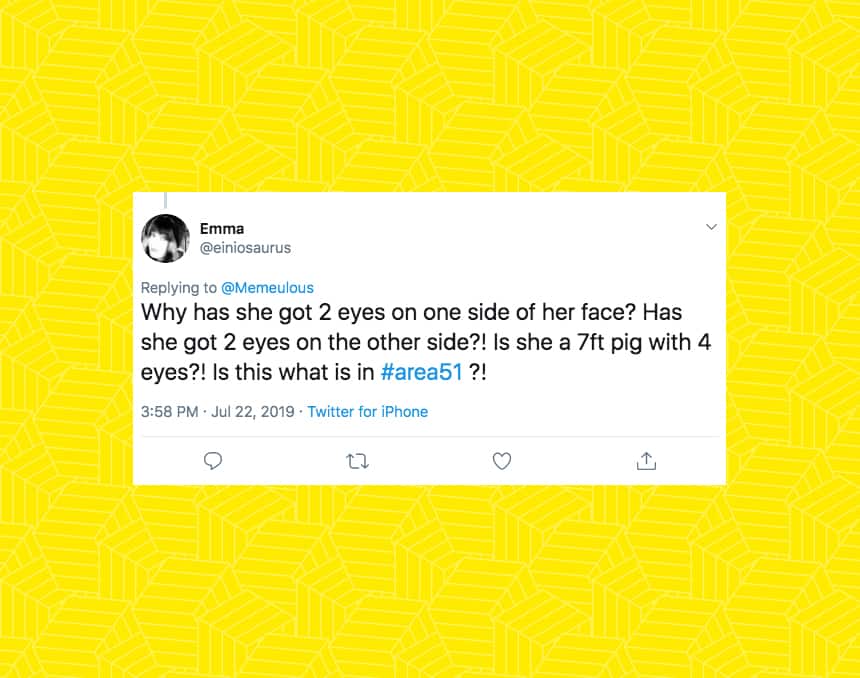 Meanwhile, one Twitter user brought up the point that if Peppa is this tall, how tall is Gerald Giraffe? 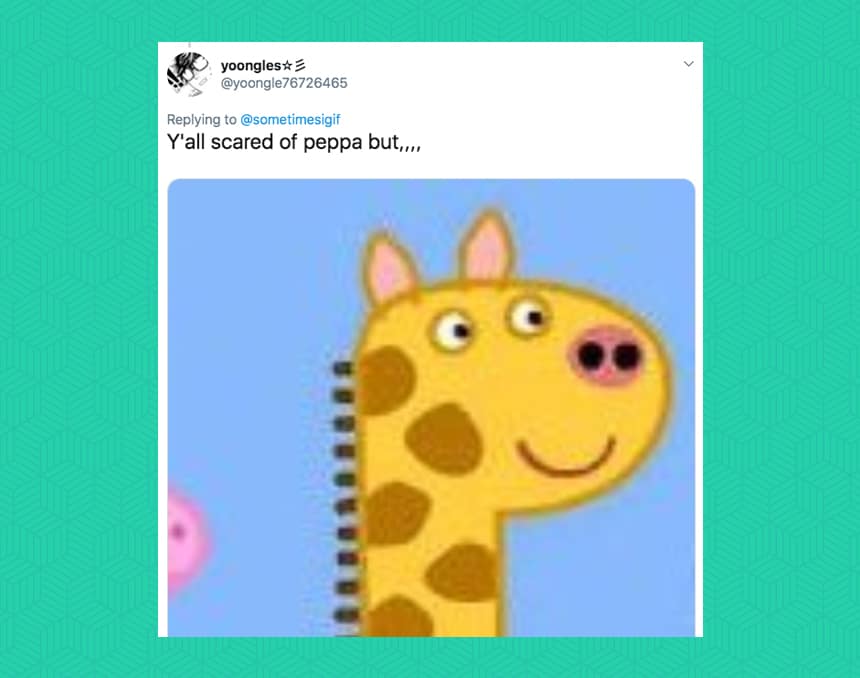 The same question was posed for Daddy Pig. 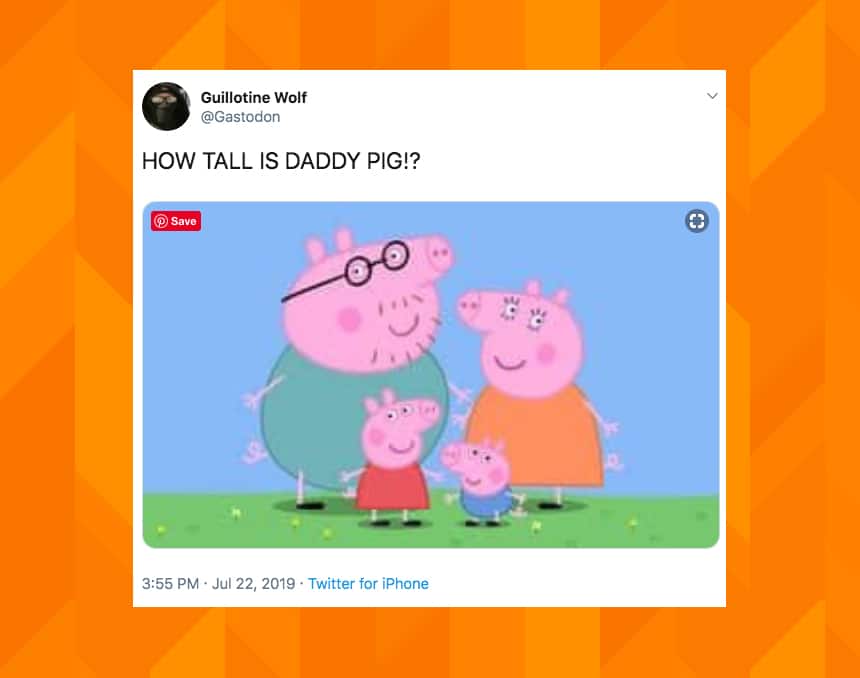 According to a popular fan site, Peppa is actually 3’9” (three feet nine inches). 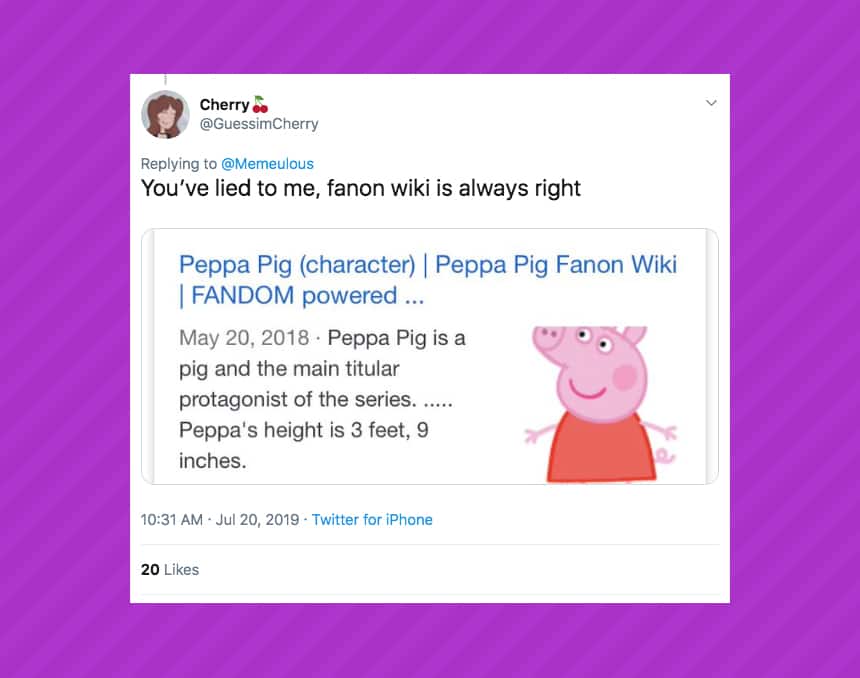 A year with no new clothes

What if you didn’t buy clothes for a whole year?

That’s 52 weeks. No new kicks to cop. No more waiting for the next midnight merch drop from a favourite YouTuber or Hypebeast brand.

Because that’s exactly what action group Extinction Rebellion is asking people to pledge. 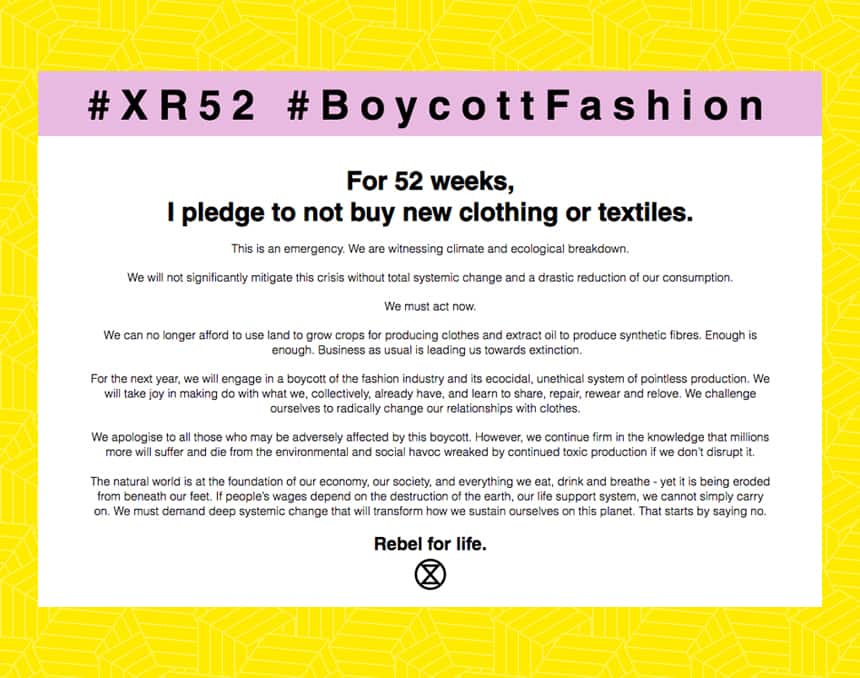 The goal of this boycott is to, as the group puts it, “radically change our relationships with clothes.”

So rather than toss out a pair of old pants, you could pass them on, repair them or simply rewear them.

The group is aware that a boycott of this scale could affect people who rely on oil production as a means of making money to live.

But they believe “if people’s wages depend on the destruction of the Earth, our life support system, we cannot simply carry on. We must demand system change that will transform how we sustain ourselves on this planet. This starts by saying no.”

This is all part of the group’s “summer uprising,” which includes active protests around the world to raise awareness. 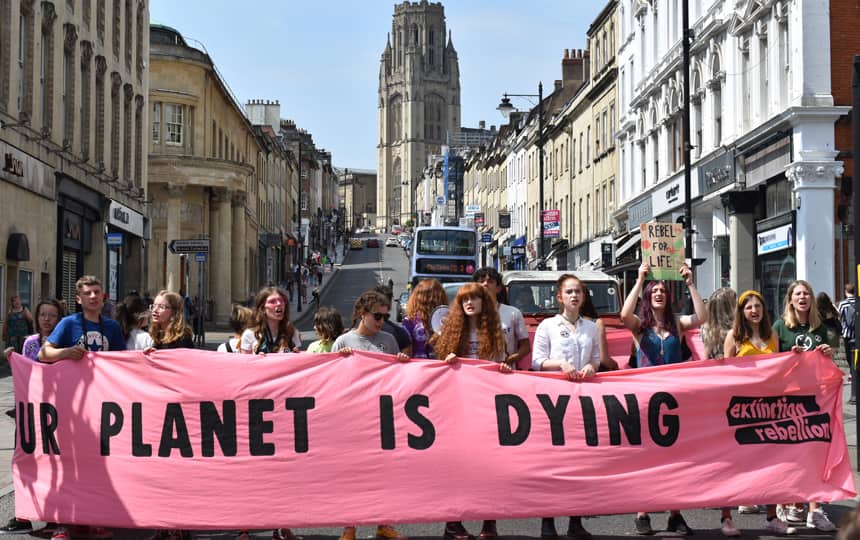 Another way the group is getting its message out is by staging “die-ins,” which serve to simulate what it believes will happen if action isn’t taken. 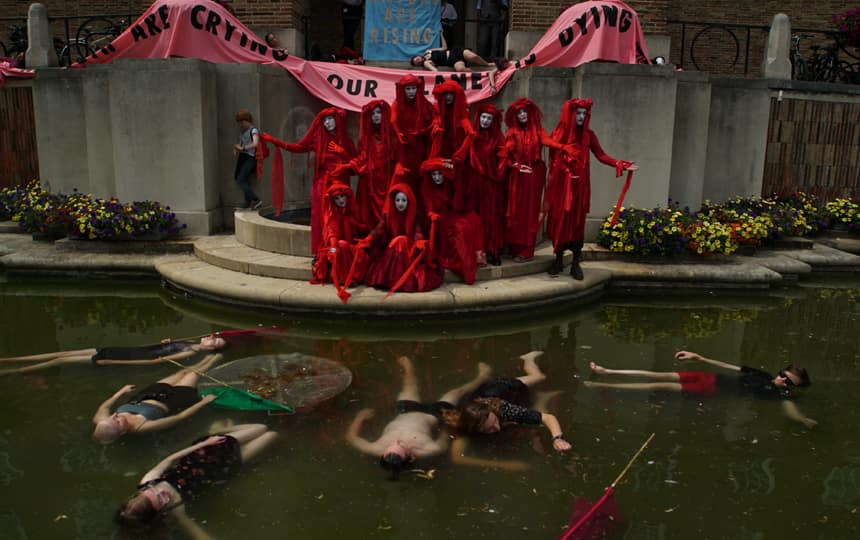 A ‘die-in’ for Operation Mushroom, a series of protests in the United Kingdom on July 15. (Alfie Warren-Knight).

How are you tackling climate change at home? Are you willing to give up new clothes for a year?

Another day, another Tay fact.

Taylor Swift announced on July 23 that at 5 p.m. she would go live on Instagram to discuss a GIF, which she said was an Easter egg. 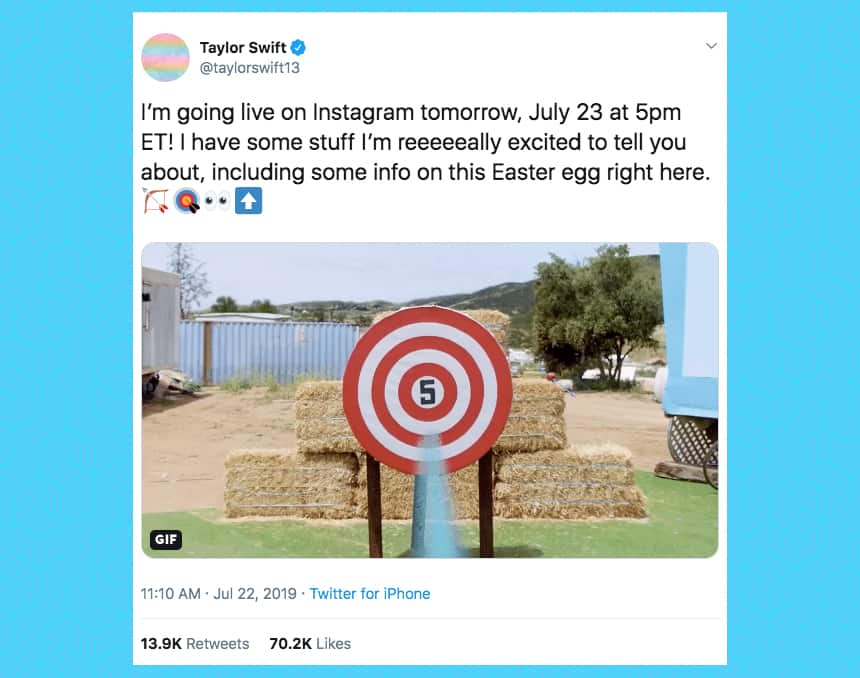 Swift stans all put their thinking caps on, and they decoded the tweet a little bit.

They discovered that iTunes listed the track name publicly, and track five on her upcoming album Lover is named The Archer. 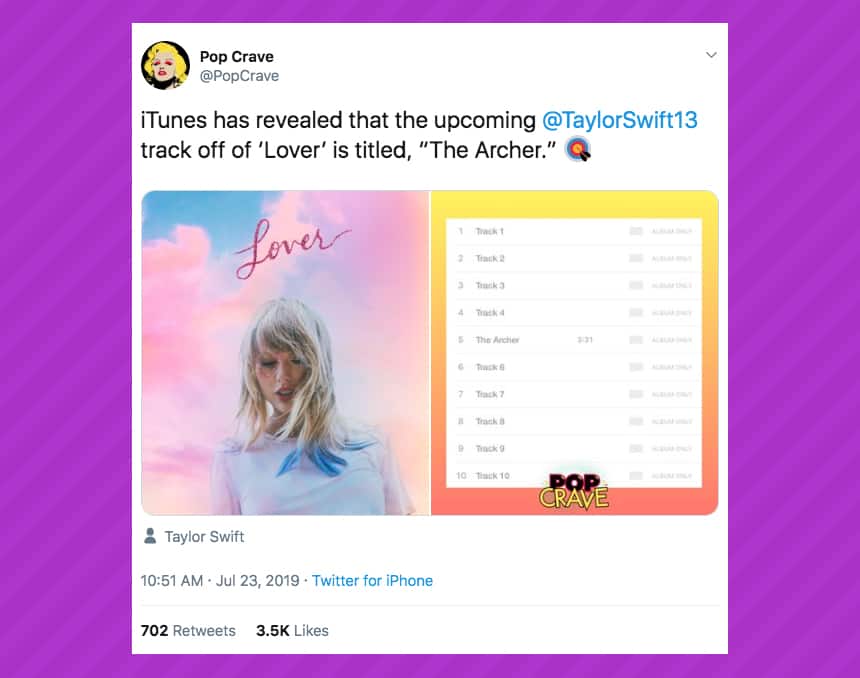 But fans dug a little deeper. They wanted to know if it would be solo or a collab. 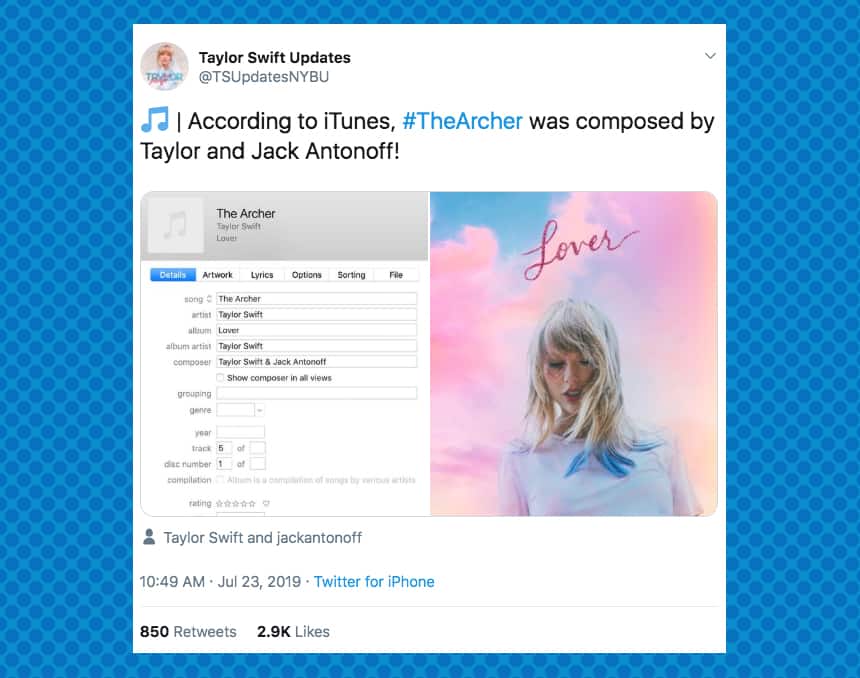 They found out that according to song details on iTunes, the track is solo — there are no listed collaborators — and it was composed by Tay Tay and Jack Antonoff.

They have worked together on songs like Look What You Made Me Do, I Don’t Want to Live Forever, Out of the Woods, I Wish You Would and You Are in Love.

In response to the news, or in anticipation of Taylor’s live on Instagram, Antonoff tweeted a bow and arrow emoji. 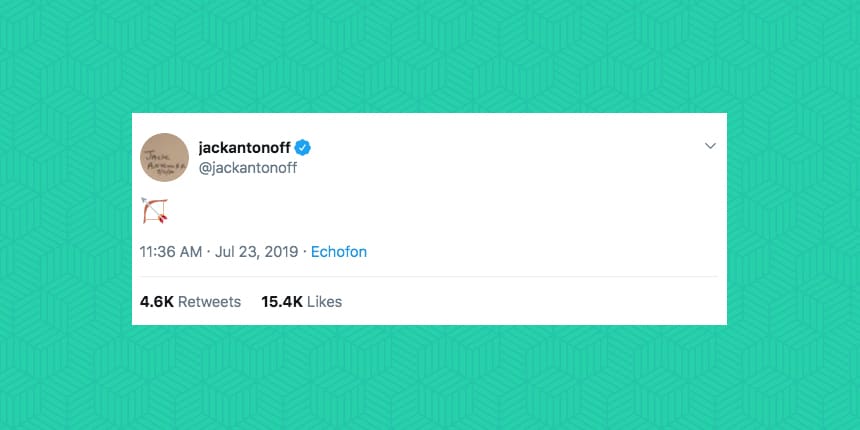 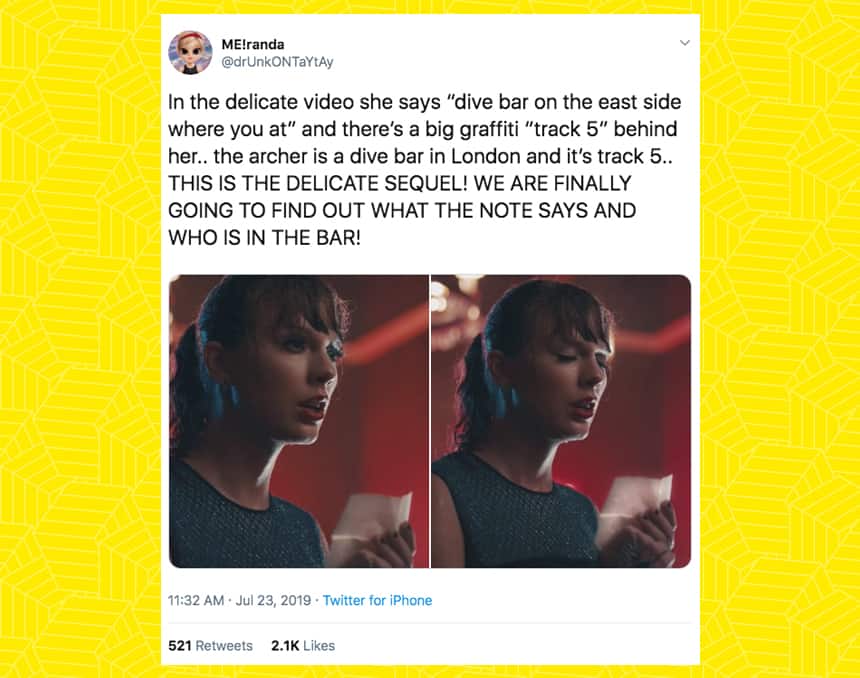 The song came out today — have you heard it? What do you think? Did it hit the target? 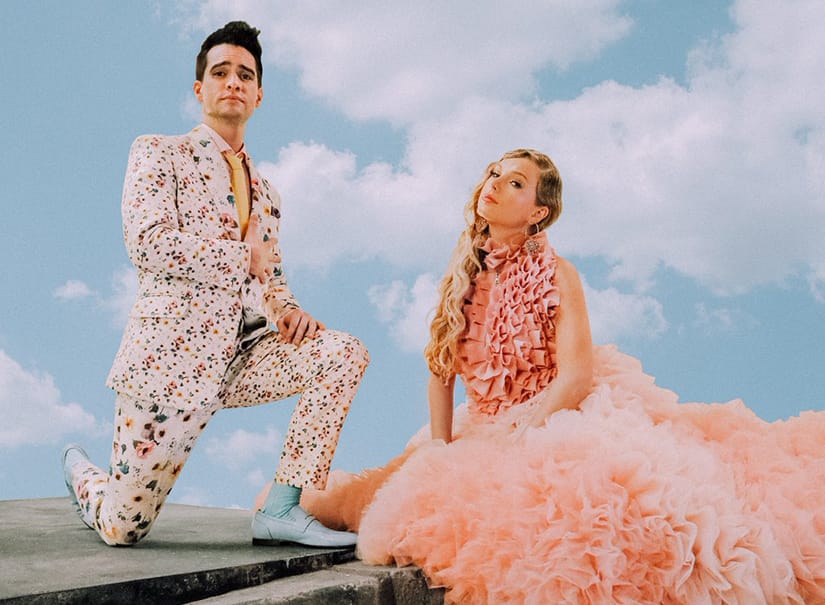