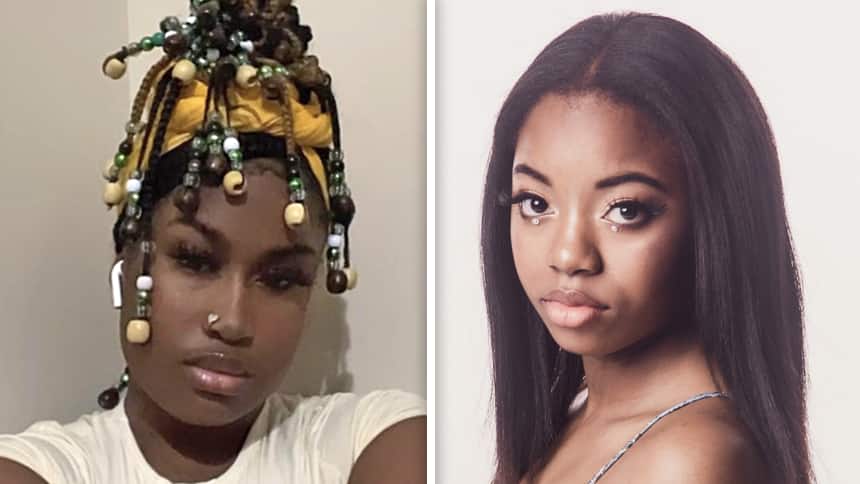 Fifteen-year-old Egypt Morgan knows that racism is a reality of the world she lives in.

Yet she was still shocked when she heard of a racist, violent incident that happened two and a half hours away from her home outside of Toronto.

The teen from Ajax, Ontario, is still deeply disturbed by the news that on May 14, ten Black people were shot in and outside a supermarket in a predominantly Black neighbourhood in Buffalo, New York, a U.S. city just south of Ontario’s border.

The 18-year-old white gunman accused of the massacre was allegedly motivated by a hatred of Black people and a desire to get all non-white, non-Christian people to leave the U.S.

Federal authorities are working to confirm that.

Two Ontario teens say the event has struck fear in them. It also calls into question what kind of progress has been made leading up to the two-year anniversary of George Floyd’s death.

How some Black teens are feeling

On the night of the Buffalo shooting, Egypt said her mom called her downstairs to explain what had happened after seeing it on the news. 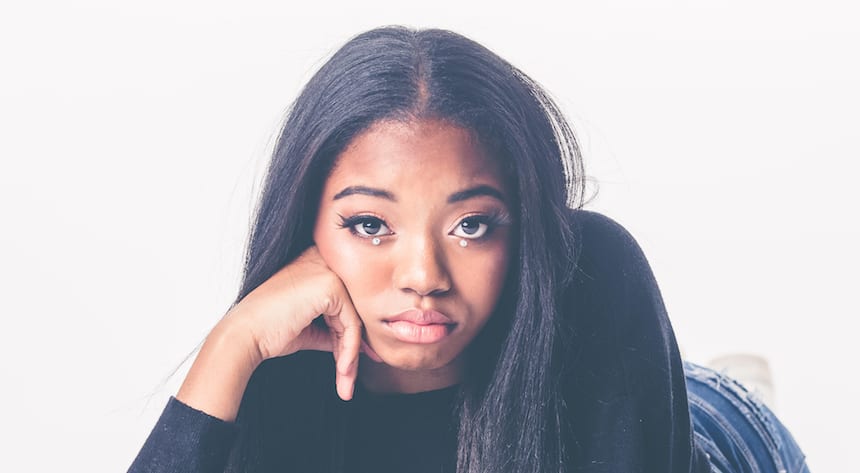 Egypt Morgan is Trinidadian and Jamaican. She says news of the shooting in Buffalo has been shocking for her and her friends. (Image submitted by Egypt Morgan)

“I was shocked. I didn’t believe it really. I didn’t think it was something someone would actually do. It was just a lot to take in at once.”

Egypt said that when she went to school the next day, her friends hadn’t heard about it.

When she explained what happened, they couldn’t wrap their heads around the fact that the attacks were motivated by a person’s skin colour.

“They just couldn’t believe it, they thought there was something deeper, a deeper reason for why this happened,” she said.

Nearly a week later, Egypt said her and her friends are still steeped in that feeling. 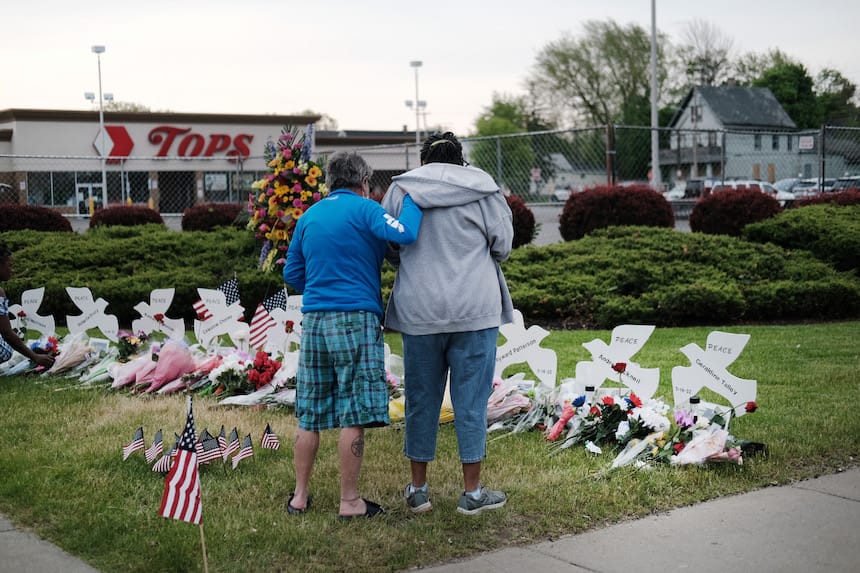 People visit a memorial near the supermarket where 10 people were killed in Buffalo, New York. (Image credit: Spencer Platt/Getty Images)

Zaida Smith, a 15-year-old from Mississauga, Ontario, said she was “shook to [her] core” when she heard about the tragic news upon arriving at school on Monday.

“It was a shock to me. The first thing I thought of was that it’s the month exactly, the same month that George Floyd was killed.”

George Floyd, a Black man, was murdered by a police officer during an arrest on May 25, 2020.

The police officer, Derek Chauvin, was found guilty of murder and manslaughter for pinning Floyd to the ground by kneeling on his neck, even though Floyd wasn't resisting arrest and said he couldn't breathe.

The event sparked Black Lives Matter protests around the world. 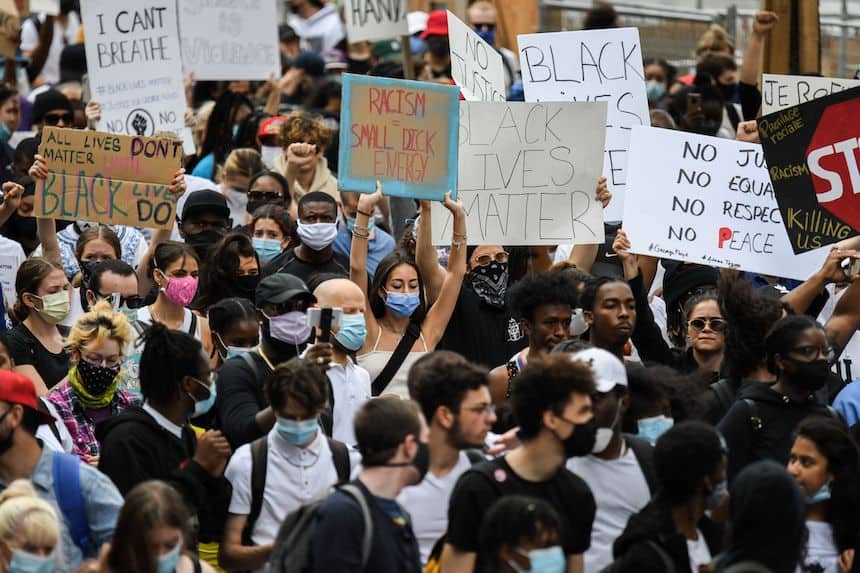 After George Floyd was murdered, people protested around the world, including here in Canada. (Image credit: Martin Ouellet-Diotte/AFP/Getty Images)

Zaida, who organized one such protest, said she and her friends have felt the impact all week.

“If I were to choose a phrase to sum up what my friends are feeling, it’s like ‘not again. Why is this happening again?’”

Zaida said the exposure of the event has also been challenging to deal with.

“Because I use social media a lot, it’s hard to get away from it, especially because you’re seeing updates about who [the accused killer] was, how old he was. So it’s sort of overwhelming.”

Helping Black youth through this

Liban Abokor, executive director of Youth Leaps, worked with 20 other Black-led organizations across Canada to organize a vigil in Toronto’s Nathan Phillips Square on May 19. 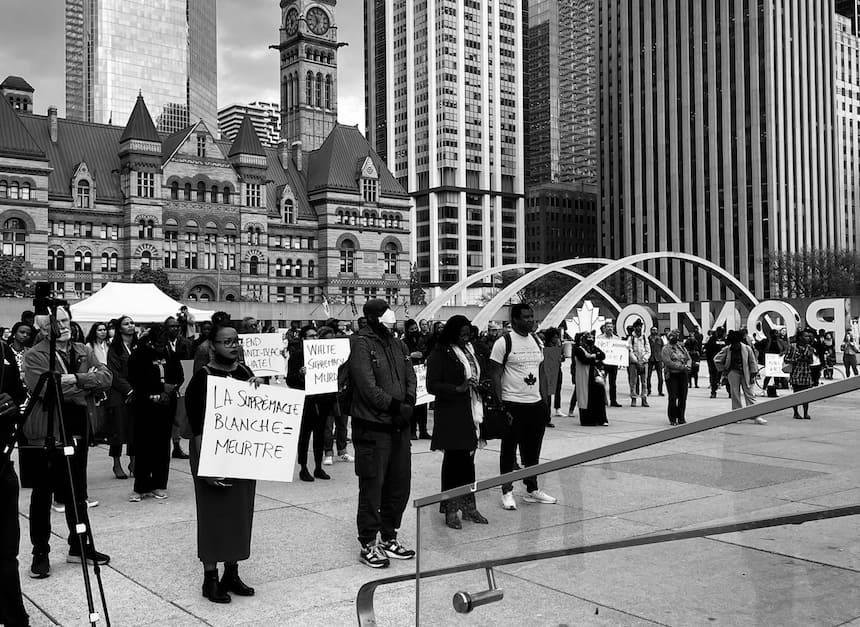 Community members gather at a vigil in Toronto’s Nathan Phillips Square on May 19 to mourn the victims of the Buffalo shooting. (Image submitted by Justice Fund Toronto)

Abokor works with Black youth every day. Following the tragedy in Buffalo, he said that he’s heard from a lot of kids that they’re scared for their safety.

“The young people that we work with and reach out to, they’re experiencing this sense of fear. The fear that the colour of their skin makes them a target,” he told CBC Kids News.

Abokor said that some people don’t realize that anti-Black hate presents a real danger to Canadians and that danger needs to be addressed.

For now, though, Abokor says that the mental health of the Black community is the priority.

“Step one is to ensure that Black kids are getting the support they need to process, reflect, respond, and then heal from a traumatic response,” he said. 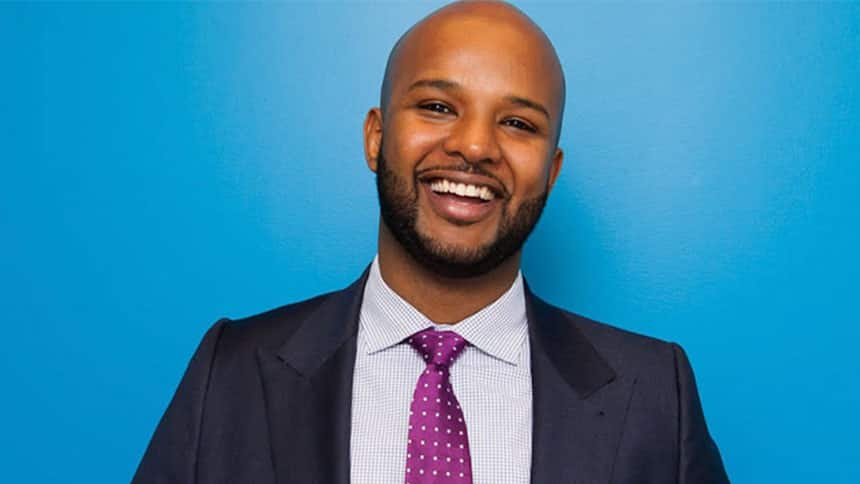 Liban Abokor works with Youth Leaps, a Black-led, non-profit organization with a focus on supporting Black youth around access to education and employment opportunities. (Image submitted by Liban Abokor)

“To make sure someone is asking Black youth: How are you? What do you need?”

Abokor said access to mental health services for the Black community are seriously lacking and there’s an immediate need to support those organizations.

Mohammed Hashim, executive director of the Canadian Race Relations Foundation (CRRF), said that changes in the wake of George Floyd's death have been mixed.

In a email to CBC Kids News, he said that a 2021 CRRF survey showed that Canadians are both more aware of the discrimination faced by Black and Asian Canadians, but “less optimistic about Canada’s progress towards racial equality.” 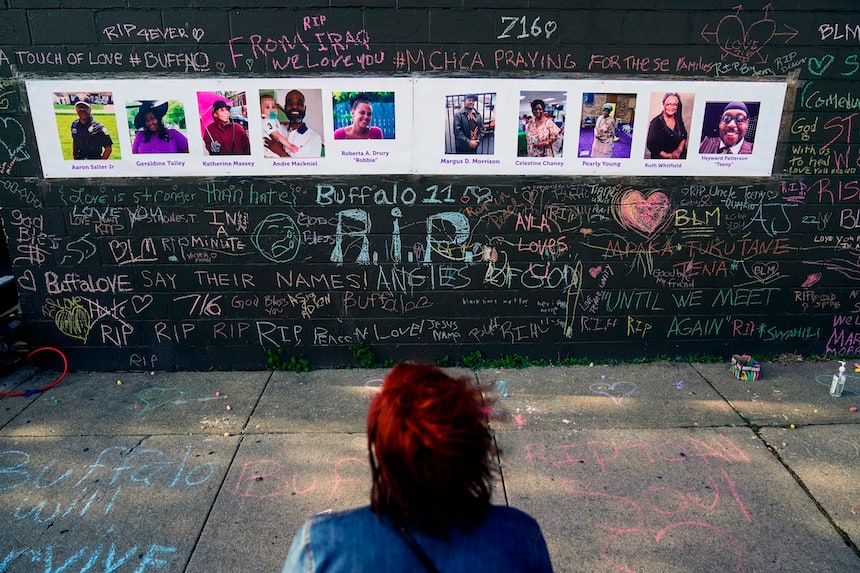 A person visits a memorial to honour the victims of the shooting in Buffalo, New York, near the crime scene. (Image credit: Matt Rourke/The Associated Press)

According to Hashim, the Canadian government has provided additional funding towards addressing anti-Black racism through various initiatives, including one to support Black-led and Black-serving community organizations.

Abokor, however, said it’s way too soon to know if real change is actually happening.

That’s because it’s only been two years, he said, and George Floyd’s death happened during a global pandemic, which took away much of the public and government’s attention.

He said it will be some time before we can tell if promises to the Black community are kept, and if those promises even have a real impact in the daily lives of Black people.

“The data just isn’t there,” he said. “The only way to know what’s changed is if we have the perspective of five years in the future. And we don’t have that.” Even though there have been a lot of conversations about racism in Canada, it’s hard to know what difference that’s making. Here, Vancouver Whitecaps' soccer players wear Black Lives Matter t-shirts while warming up before a game in September 2020. (Image credit: Darryl Dyck/The Canadian Press)

Egypt said the change that has happened following George Floyd's death has been both positive and negative.

For one, she said it has “opened her eyes” that racism is more present than she thought.

At the same time, she tries to look at the positives.

“George Floyd … was a great example of Black communities and communities in general coming together and trying to make a change.” 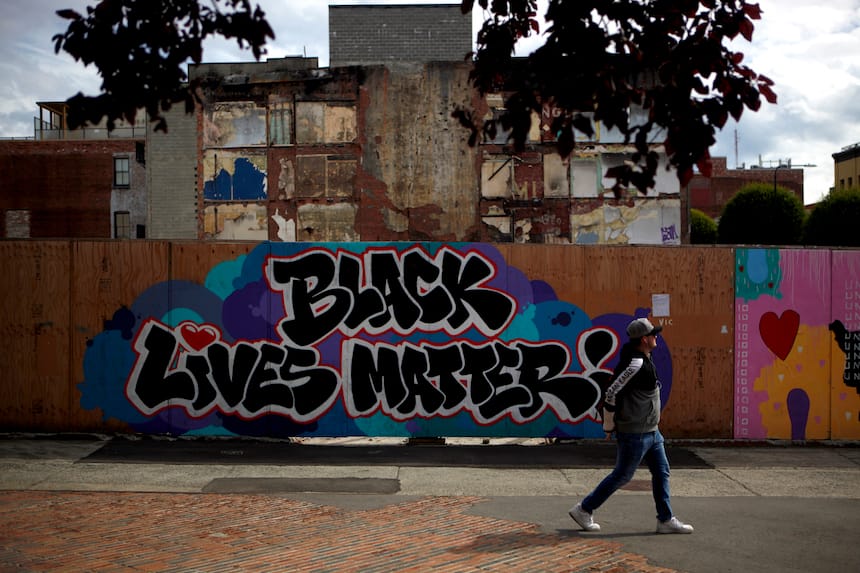 Egypt said she wants to continue to foster that spirit of coming together to make sure the realities of racism aren’t “only discussed during Black History Month.”

“The more people we have, the more powerful our voice is,” she said.

Zaida said she also values the power of awareness, and will be spreading awareness in her own way.

Following the protest she led in 2020, she started an organization called Just Youth, which starts conversations about events pertaining to the Black community on social media.

“I’ll be making a post in solidarity with the families of the victims,” she said.

Have more questions? ﻿Want to tell us how we're doing? Use the feedback link below. ⬇️⬇️⬇️ 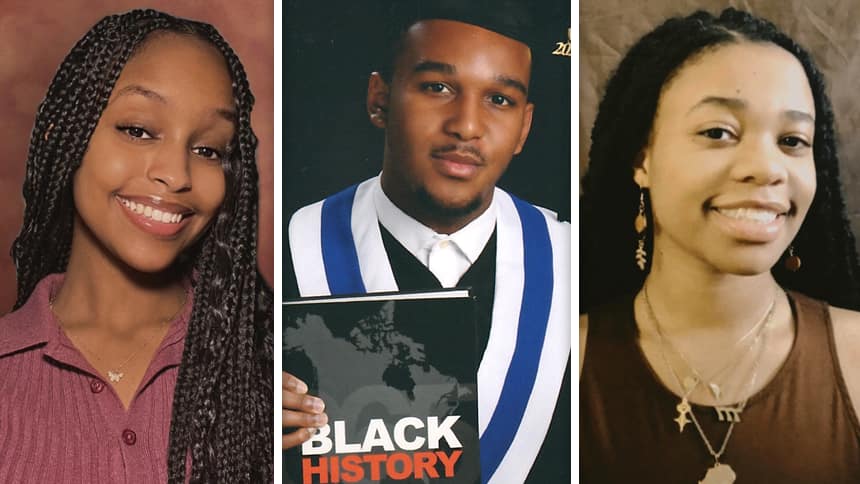 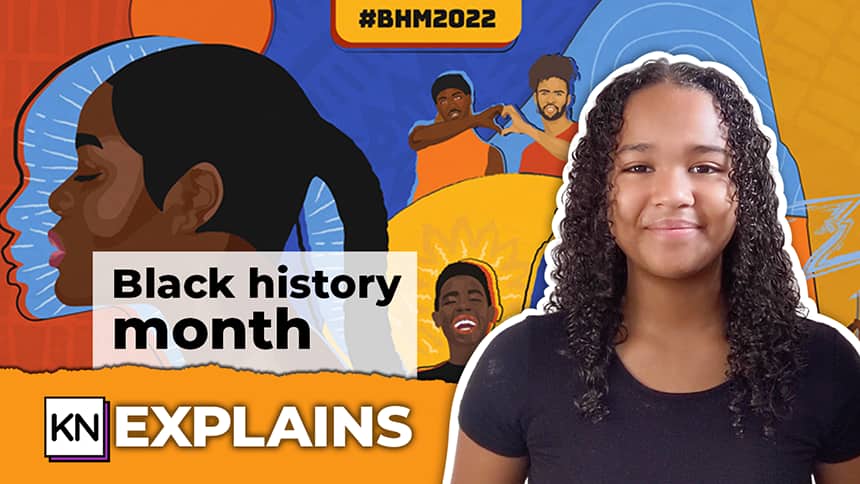