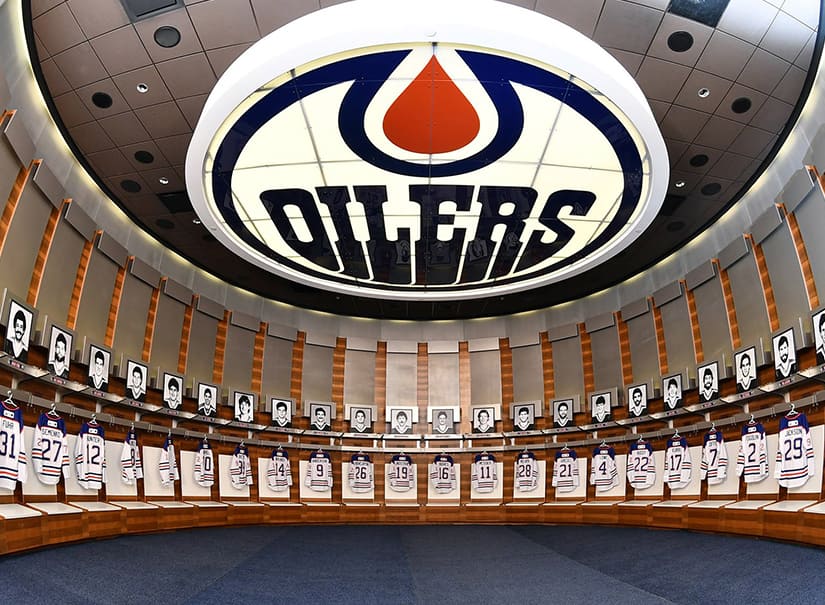 One of the 50 NHL players surveyed by ESPN called Edmonton’s locker room for the visiting players ‘a penthouse.’ (@EdmontonOilers/Twitter)

When it comes to keeping NHL players happy, Edmonton seems to be doing something right.

In an anonymous poll of 50 NHL players, conducted by ESPN, 40 per cent of the players said the Edmonton Oilers had the best locker room for the visiting team.

"Edmonton is like a penthouse," one player said, according to ESPN's roundup of the results. "There's so much space."

What else did the players have to say? Here are some of the highlights. 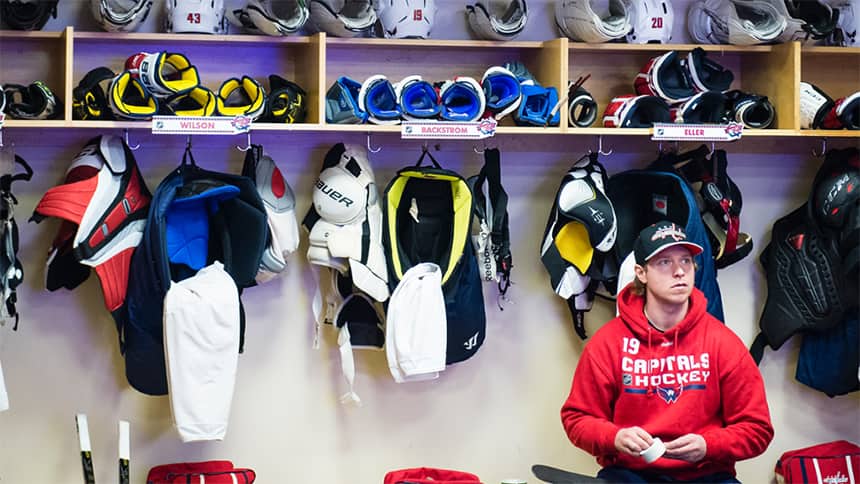 The Washington Capitals’ locker room for visiting teams got poor reviews when NHLers were asked to rank their favourites. (NHL.com)

While the Oilers appear to be going out of their way to make visiting players comfortable, the Washington Capitals seem to be taking a different approach.

Washington's visiting locker rooms were voted the worst in the league by 42 per cent of the players who were surveyed.

"Washington's showers are so bad, they're like a prison shower," one player said.

He described a shower room with one pole in the middle that sprays water in all directions. 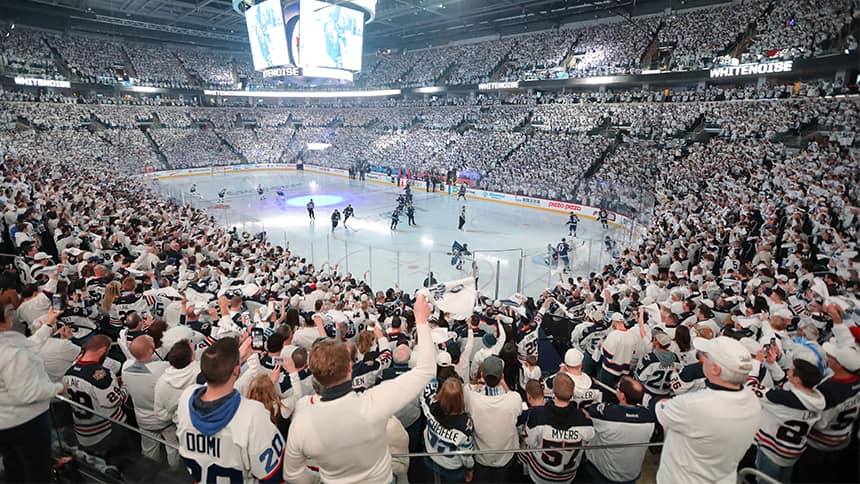 Although some NHL players might dread playing in Winnipeg, these Jets fans don’t seem to mind. (Jason Halstead /Getty Images)

Poor Winnipeg. When asked which city they least look forward to playing in, 42 per cent of the surveyed players chose The Peg.

"It's always cold," said one player, and "it's just dirty. You walk around the city and feel like you need to wash your face after you go outside."

"Winnipeg is just depressing," said another player. "You don't even want to leave the hotel to get a cup of coffee."

"I always like Winnipeg," said one player. "There's stuff to do there." 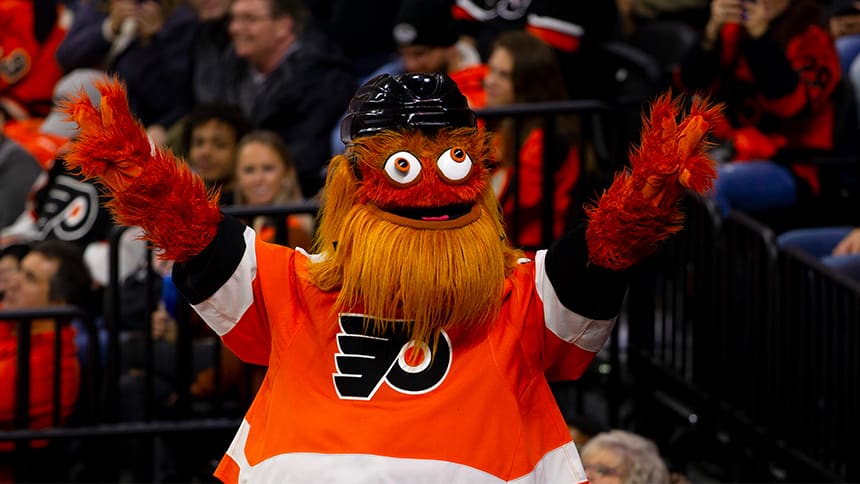 Gritty, the Philadelphia Flyers’ fuzzy mascot, has been getting a lot of attention lately, but most of the NHL players who were surveyed don’t seem to mind. (Mitchell Leff/Getty Images)

Gritty, the Philadelphia Flyers’ bright orange mascot, has been getting a lot of attention lately for his silly antics.

But is it time for Gritty to stop stealing so much of the spotlight?

Nope. Turns out many NHL players seem to like the furry fellow.

In fact, only 28 per cent of the surveyed players said they were suffering from Gritty fatigue.

"I think it's hilarious," said one player. "Anything that helps the NHL promote itself ... is a good thing."

That said, some seem to be feeling a bit guilty about all the attention Gritty is getting.

"I feel kind of bad for the other teams' mascots. It's like everyone forgot about them," said one player. 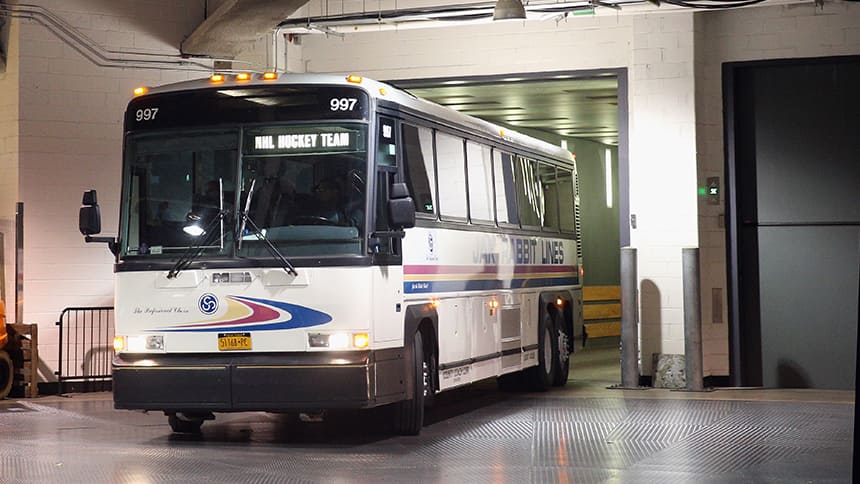 Even though they have lots of time to kill travelling from one game to the next, only 32 per cent of the players who were surveyed said they were on Twitter. (Bruce Bennett/Getty Images)

When asked whether they had burner Twitter accounts, only 32 per cent of the surveyed players said yes.

One said he only uses it to see what the media is saying about him.

When asked why he wasn't on Twitter, one player said it was because he worried about posting something accidentally and regretting it.

"You see athletes in other sports get in trouble for just liking posts," he said. "It's crazy to me." 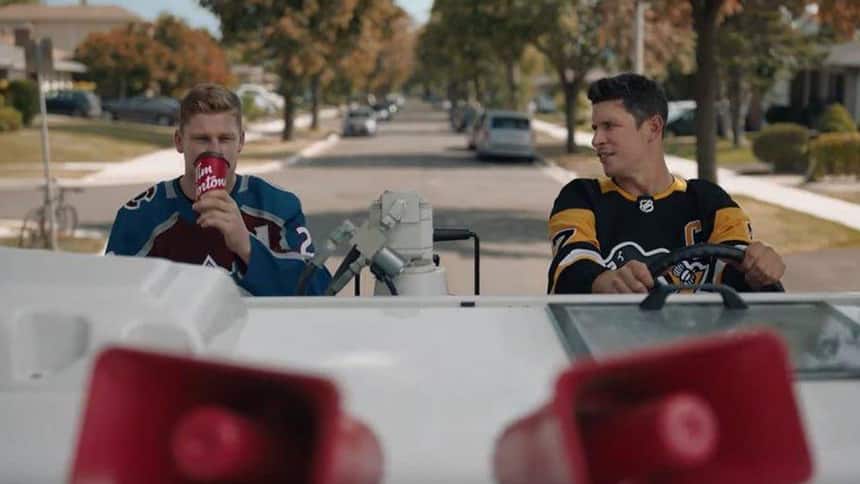 Of the players who were surveyed, 64 per cent said they would be up for appearing in a national ad campaign for a popular product.

"We need to have the elite superstars more out there," said one player, and they need to start dressing the part by "wearing something other than suits."

A major ad campaign "would be fun," said another player, although "I'm sure I'd get chirped all the time by the guys."

Of course, not everybody is ready for centre ice.

"I wouldn't do it," one player said. "I don't really want to put myself out there like that."