Rock sample could tell us about early solar system

Thanks to the help of Canadian tech, a NASA spaceship took a shot at collecting some 4.5-billion-year-old space dust.

On Oct. 20 at 6:12 p.m. ET, NASA’s OSIRIS-REx spacecraft attempted to collect material from the surface of the Bennu asteroid.

This momentous event took more than four years to get to and the task is far from over.

The spacecraft left Earth in 2016 and has been orbiting the asteroid since 2018, with the goal of being the first U.S. spacecraft to successfully carry an asteroid sample back to Earth.

How’d they do it?

Bennu is 332 million kilometres from Earth.

Its diameter (the distance from one side to the other through the middle) is about 492 metres, which is roughly the height of the CN tower.

Because of the asteroid’s low gravity, the spacecraft wasn’t able to land on it, as there is no force to keep it glued to the rock. Bennu is roughly 4.5 billion years old. It was discovered in 1999 and was named in 2012 by a Grade 3 student from North Carolina. The name refers to an Egyptian mythological bird. (Image credit: NASA/Goddard/University of Arizona)

“Due to the low gravity, we can't actually land on the surface of Bennu. So we'll only be kissing the surface” said Beth Buck, OSIRIS-REx mission operations program manager for Lockheed Martin Space.

Scientists performed a touch-and-go (TAP) procedure, ‘kissing’ the asteroid for just seconds while they pumped out nitrogen gas to stir up surface particles for collection.

It could be up to a week before scientists are able to confirm whether or not the spaceship was able to collect a sample from the asteroid.

If unsuccessful, the spaceship will have two more attempts to grab the sample.

How did Canada help?

Originally, scientists believed that Bennu was a smooth rock and that they’d have no problem collecting a sample.

But using the Canadian Space Agency’s OSIRIS-REx Laser Altimeter, they found out the asteroid was quite rocky and rough. 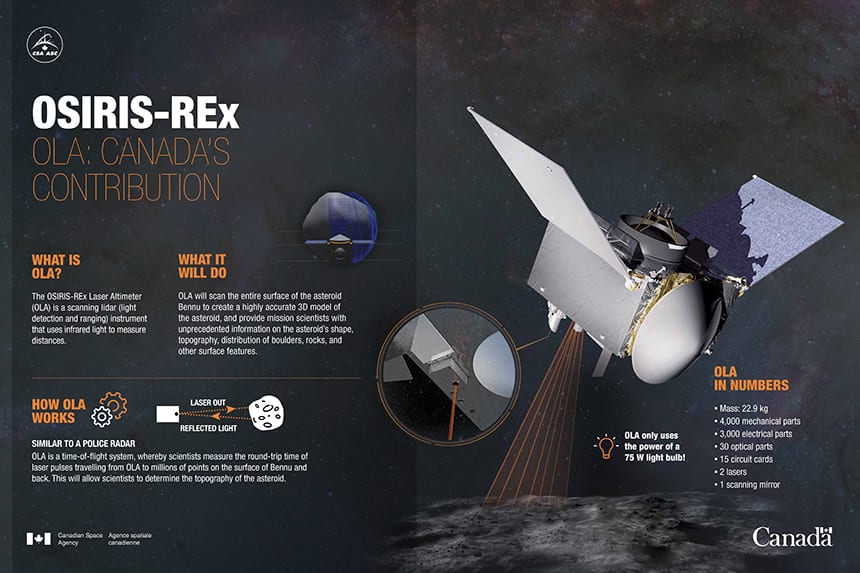 "When we arrived, we realized very, very quickly that there wasn't a single area on the entire asteroid that was 50 metres across that had no obstacles," said Tim Haltigin, senior mission scientist of planetary exploration at the Canadian Space Agency.

Because of this, scientists had to rethink their plans for touchdown.

Using the laser imaging, they were able to determine the smoothest, safest spot to land, which was around the size of a few parking spots.

What’s the sample for?

If successful, this would not be the first time a sample has been collected from an asteroid.

A spacecraft owned by the Japanese Space Agency, JAXA, collected a sample from the asteroid Ryugu in 2019 and is expecting to get the sample back to Earth in December. The sample collected from Bennu could provide insight into how the solar system formed around 4.5 billion years ago. (Image credit: NASA/Goddard/University of Arizona)

The sample collected by Bennu won’t be back to Earth until 2023. But once it’s back, it could tell us a lot about the early solar system.

“Collecting a sample from an asteroid is the equivalent of going back in time by more than four billion years to understand what the early solar system was made of,” said Haltigin.

This is because Bennu is as old as the solar system itself — about 4.5 billion years — and could provide clues on how life began on Earth. 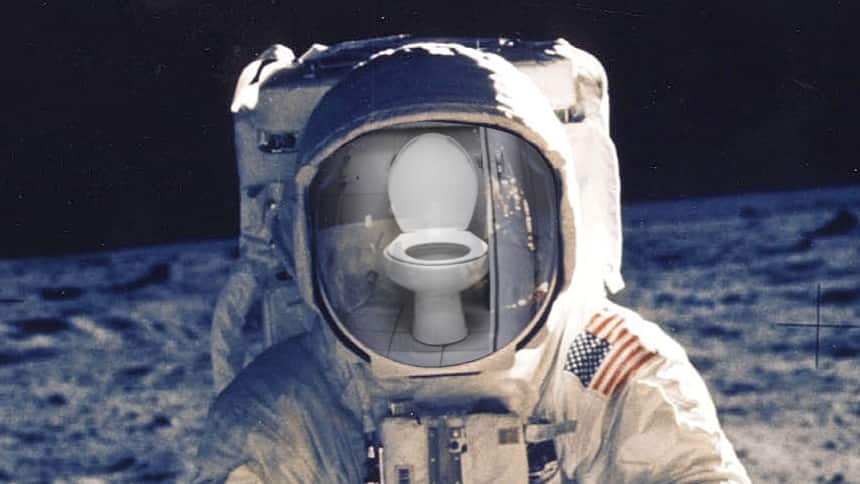