Mr Ratburn, right, from the cartoon Arthur, marries another male character in the first episode of Season 22. (PBS)

Ottawa kid with two moms reflects on the plot twist

You might be familiar with Mr. Ratburn, the teacher from the Arthur cartoon, but have you met his husband yet?

Mr. Ratburn marries another male character in the first episode of Season 22, which is called Mr. Ratburn and the Special Someone.

Although it aired in the U.S. on May 13, it won’t be available on the CBC Gem app or CBC-TV for a while, as they are a few seasons behind.

Vandelinde, who has two moms, said showing gay marriage on TV is a “really good” thing because it shows kids “they can marry whoever they want to.”

The episode gives kids whose parents “don’t promote” same-sex marriage an example of a different way to be, she said.

Same-sex marriages are illegal in much of the world, but they’re legal in Canada. 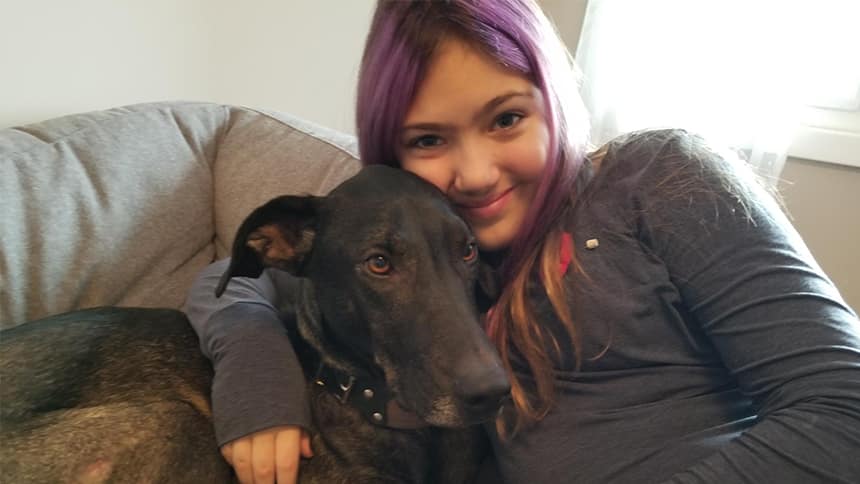 Kenney Vandelinde, 12, says it’s important for kids to be exposed to same-sex couples on TV so that they know it’s an OK way to be. (Submitted by Catharine Vandelinde)

Vandelinde wasn’t the only one who was happy with the plot twist.

Many people were quick to celebrate the cartoon marriage on social media. 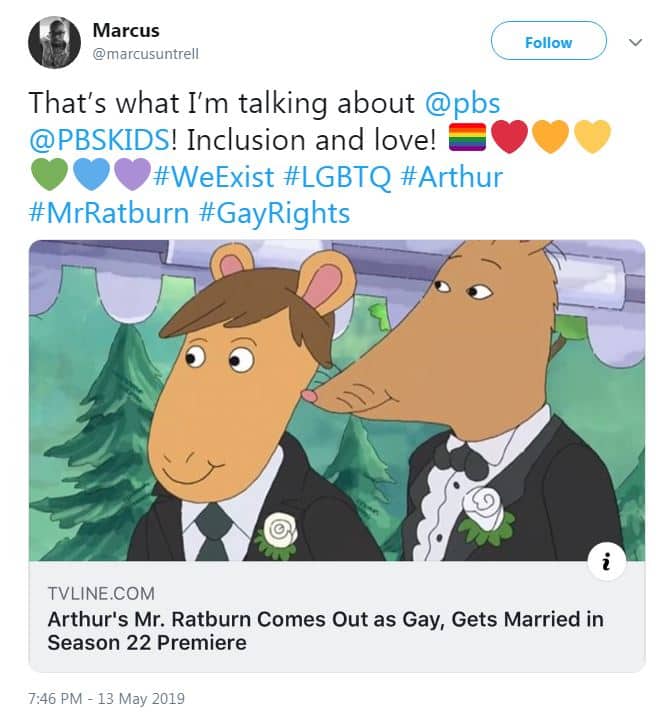 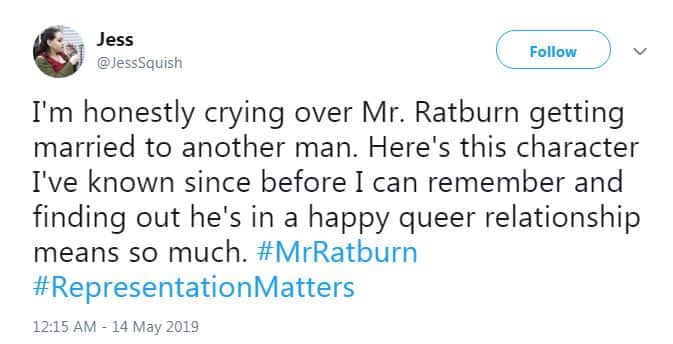 In the episode, Mr. Ratburn — a rat who’s known for his love of cake — marries an aardvark named Patrick, who also happens to be a chocolate maker.

Arthur and some of his friends show up at the wedding.

Maria Vera Whelan, senior director of marketing for the Public Broadcasting Service (PBS), which is a non-profit organization that broadcasts Arthur in the U.S., said their goal is to reflect diversity on screen.

“We believe it is important to represent the wide array of adults in the lives of children,” she said.

Organizations like GLAAD, which fights for acceptance of the LGBTQ community in the U.S., tweeted an official congratulations.

Others were not as impressed.

Vandelinde said she doesn’t think the subject is too mature for kids.

“You need to experience it young so you can grow up knowing that it’s OK,” she said.

Also, she said, lots of kids become aware of their own sexual orientation at a young age.

“I think as soon as you know, you know,” she said. “It doesn’t matter how old you are.” 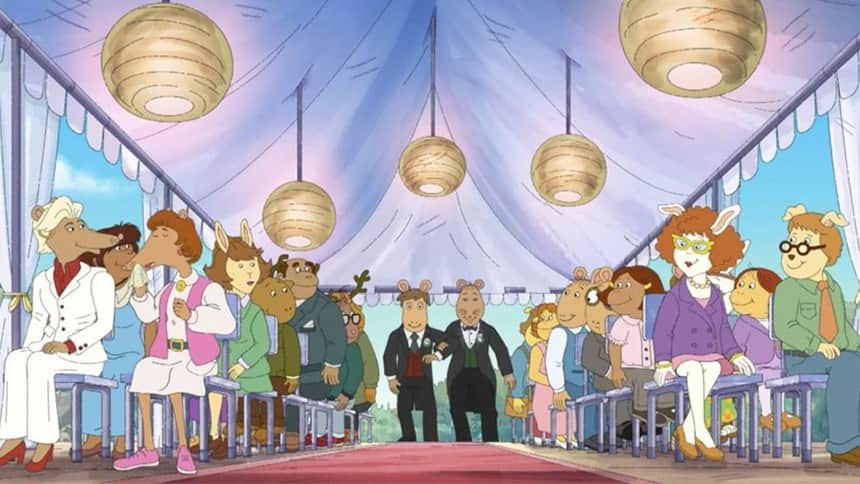 In the episode, which isn’t available in Canada yet, Arthur’s teacher and his future husband walk down the aisle in tuxedos. (PBS)

This isn’t the first time an LGBTQ character appeared in the Arthur universe.

In 2005, one of the characters in a spin-off show called Postcards from Buster meets a kid who has two moms.

PBS eventually decided not to air the episode, following pressure from a high-profile politician, although some stations went ahead and broadcast it anyway.

Vandelinde said she found that story “really hard to believe.”

She pointed out that 2005 was only two years before she was born, but it feels like attitudes have changed a lot since then.

“I have two moms and I’ve never been judged for it, ever,” Vandelinde said. 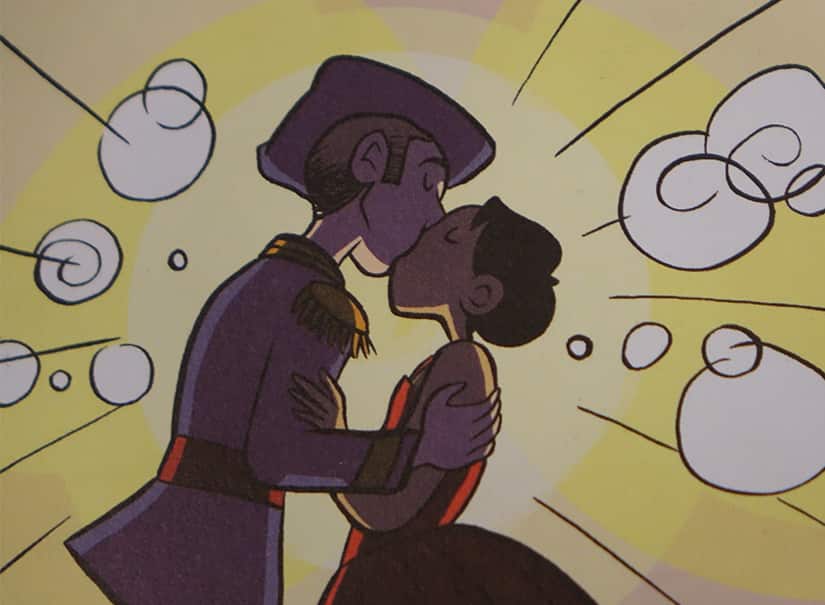