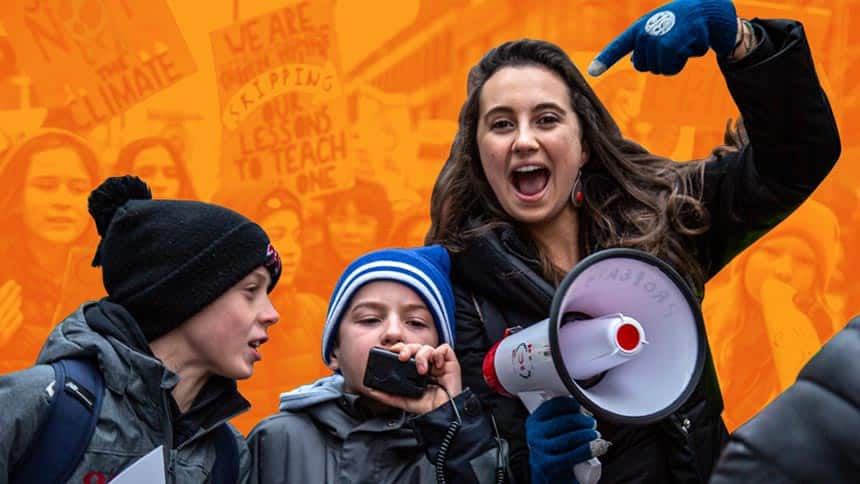 More than Greta: Canadian teen climate activists you should know

Young people around the world are following in Greta Thunberg’s footsteps, inspired by her dedication to the planet and marching alongside her.

In communities everywhere, kids are making their own marks, organizing strikes and trying to make a difference.

Recently, Greta made a point to highlight that the climate strike movement is not just about her. 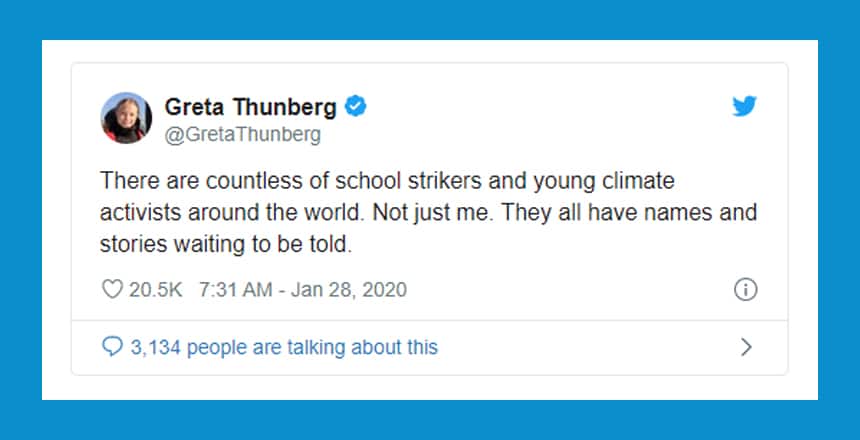 Here are the stories of some young Canadians who are making a difference, too. 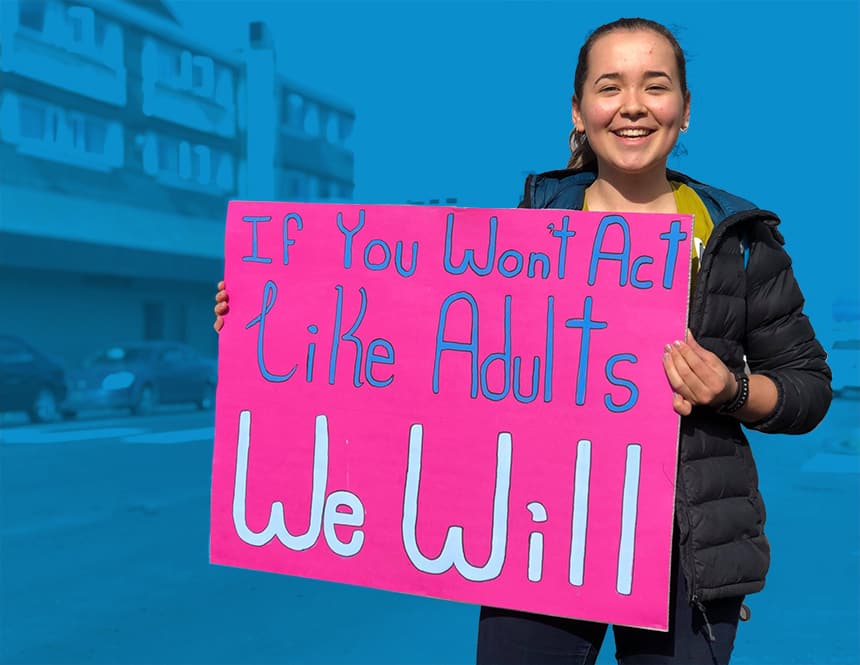 Some of what she’s accomplished

She convinced politicians to consider banning single use plastics in Yukon.

“I try to be happy. I try to face things without regret or make sure that I'm happy with things and leave nothing unsaid if I can.” - Hozier

Her advice for young activists in the climate movement

Reusing plastic as much as possible, eating local and having a plant-based diet. “Every little bit helps.” 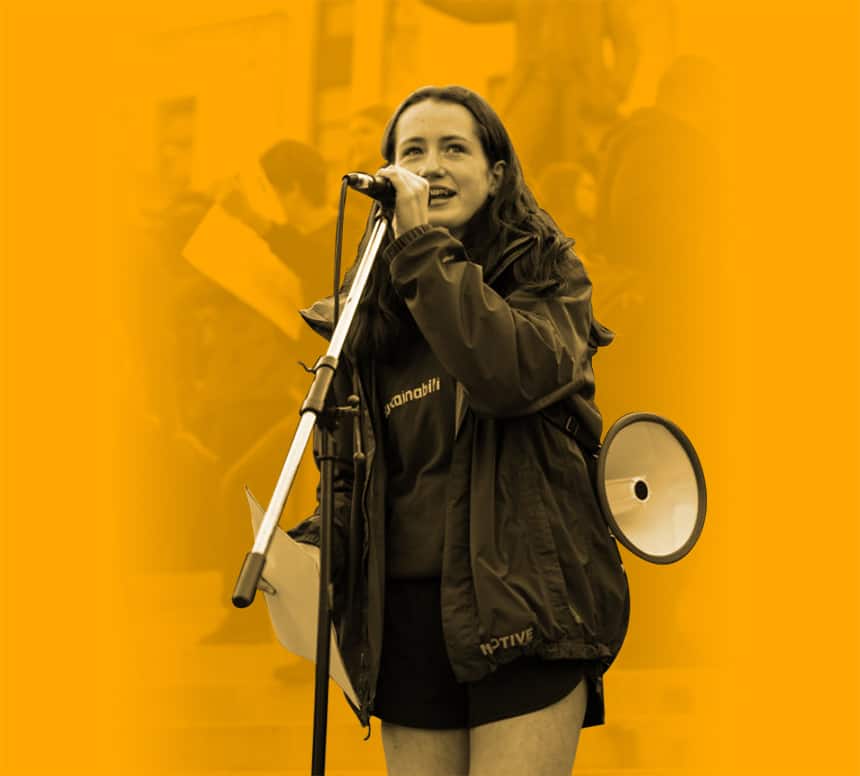 Some of what she’s accomplished

At the start of 2019, Lilah helped organize her first climate strike in Vancouver.

Since that time, she has organized six more strikes, including a march of more than 150,000 people in September 2019.

She describes the most impactful moment of 2019, when she led the global climate strike in Vancouver:

“I took a deep breath, clambered up onto the somewhat precarious stage, and looked out to see a never-ending ocean of people. It was breathtaking.... All I remember thinking in that moment was: ‘We are so powerful. Youth are so powerful.’ ” 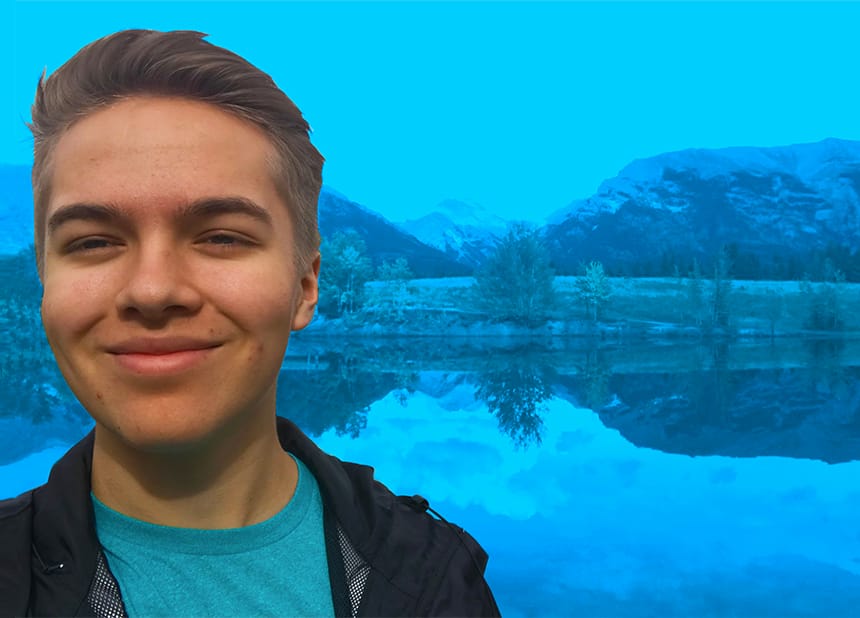 What he wants to see change

Cardinal wants to see “the transition of Alberta’s economy away from fossil fuels and petroleum products and towards renewable energy.”

He has helped organize climate strikes in Calgary and has watched the movement grow from a few members to huge crowds of supporters.

“Rebellions are built on hope” - Jyn Erso, from Rogue One: A Star Wars Story

Instead, Cardinal suggests taking a look at the larger picture.

“I think we are told lots of the time that climate change is our fault for using plastic straws or driving cars or having cellphones.... But the more important actions to take are often overlooked.

“We live in a system where climate change is a necessary byproduct, and it would be a bit foolish to think we can stop that without major changes to our system as a whole.”

His tip for young activists

“Talk to everyone you can about the climate crisis and how our current system will continue to perpetuate it. Then take action to change that system wherever and whenever you can. That’s how real change is going to happen.” 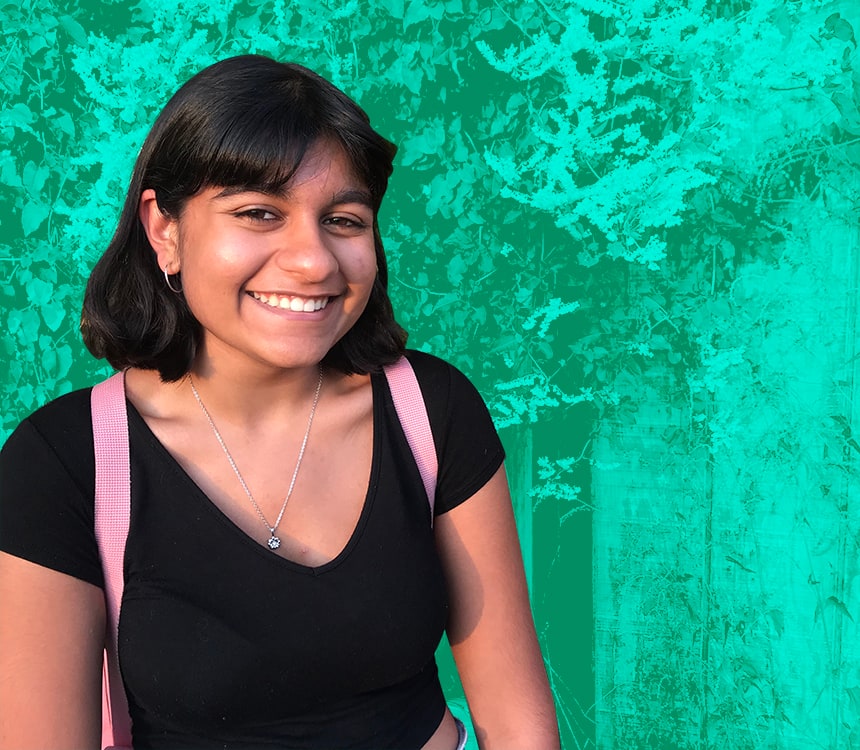 Savi joined Climate Justice Toronto in 2019 and has used it as an opportunity to canvas, attend protests, build workshops and gain confidence in her outreach skills.

Savi says taking part in the global climate movement has changed her.

“My work in activism has allowed me to become more secure in my identity, and I now have something in my life that I feel really proud to be a part of.”

“I recommend finding and joining a group near you. There are so many incredible movements in Canada and it really is true that we’re stronger when we unite.” Rougeot kickstarted the Fridays for Futures movement in Toronto.

She has helped co-ordinate large climate strikes, including the global climate strike on Sept. 27, 2019, and the Black Friday strike.

Her goals for the future

“I want to see hubs of resistance emerge everywhere, because to me what we need is organized outrage. I think the rage is here, let's focus that rage and the energy of the youth in a way that challenges the system as well as possible.”

“If your activism just starts at the dinner table, perfect! Activism is not just screaming in a megaphone, it's standing up for what you believe in. So just tell yourself every day that in all your roles you are capable of changing mindsets and behaviours.” 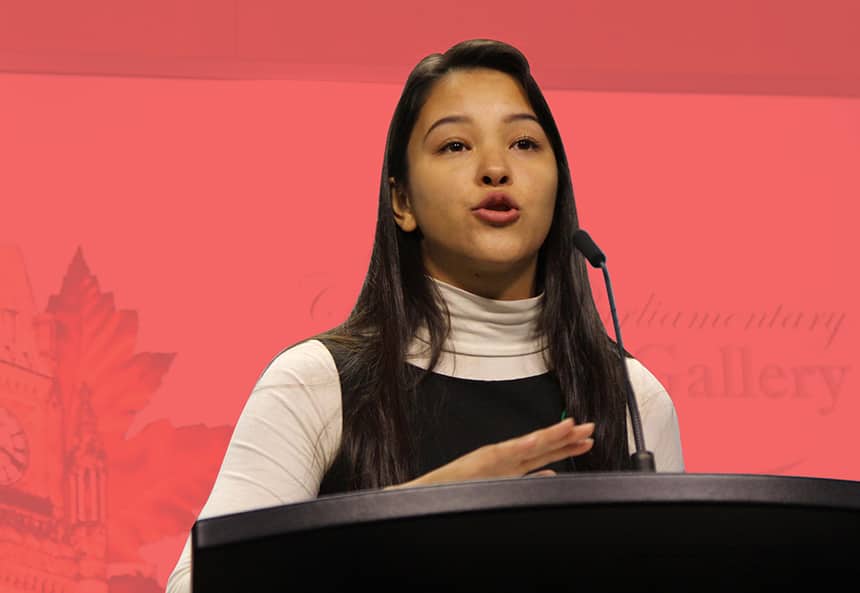 Emma launched a pledge not to have children until the government takes serious climate action, called #NoFutureNoChildren.

She worked to mobilize half a million strikers in Montreal on Sept. 27, 2019, alongside Greta Thunberg.

She also spoke at the United Nations climate summit and delivered an in-person plea for action on climate change to Prime Minister Justin Trudeau in May 2019.

Her most impactful memory

Emma describes the moment in September 2019 during the global climate strike when she waited to begin the march with Greta.

“The climate movement is not something that can be driven by one person, and change can only come when all of us stand together.”

“You are so much more powerful than you think you are. There are moments in your life where you will realize that if you don’t do something, then no one will, but when you start to make a stand — others will stand with you. Don’t be afraid, I’m standing with you, too.”