Meteor lights up sky in Alberta and Saskatchewan

Scientists confirm it’s a fragment of a comet

Some early risers in Alberta and Saskatchewan got a pleasant surprise on Monday.

A flash of light flew across the dark sky early in the morning.

It was a meteor piercing through the sky, looking like a fireball.

The image was caught on some security cameras and by people who happened to be out with their cameras ready at that time of day.

Many of the images have been shared on social media and researchers at the University of Alberta have confirmed what it was. 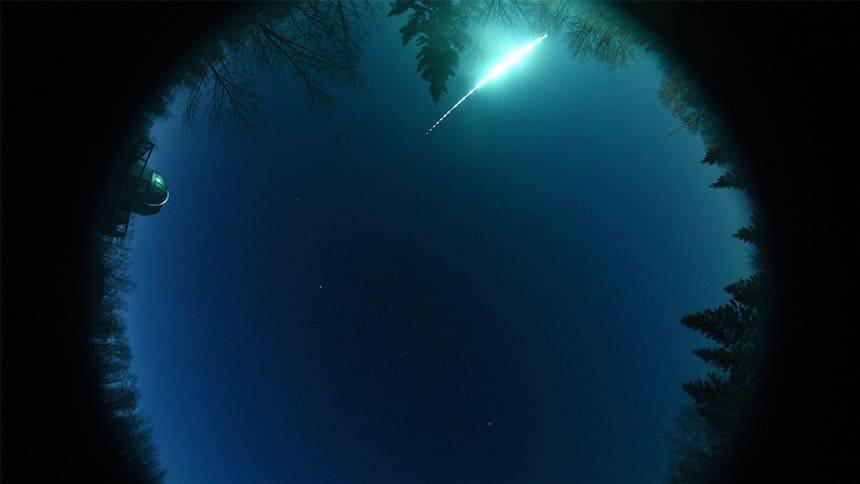 This image was captured at an observation station at Miquelon Lake, Alberta, part of the Global Fireball Observatory network. (Image credit: MORP 2.0/University of Alberta)

“It was a piece of a comet,” said Patrick Hill, from the Department of Earth and Atmospheric Sciences at the University of Alberta, in a news release.

The post-doctoral fellow went on to say, “This chunk was largely made of dust and ice, burning up immediately without leaving anything to find on the ground — but instead giving us a spectacular flash.”

The piece of debris was small: it was probably about tens of centimetres across in size, which means that you won’t find pieces of it on the ground. 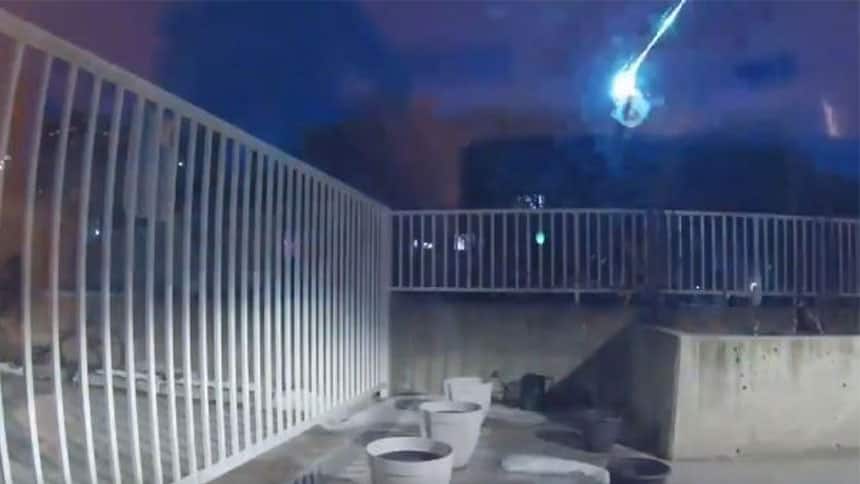 Lea Storry was in her home office in downtown Edmonton when she saw the flash of light streak across the sky Monday morning and got this picture through her security camera. (Image credit: Lea Storry/Twitter)

It was travelling extremely fast — at more than 220,000 km/h when it entered the atmosphere. That’s 63 times faster than the world’s fastest jet.

Rocky objects usually burn up between 15 to 20 km above the ground, but this time, it was higher than that.

And thanks to the fact that it was high in the sky — 46 km in altitude — experts were able to take images of the meteor and solve the mystery.

With files from Wallis Snowdon/CBC 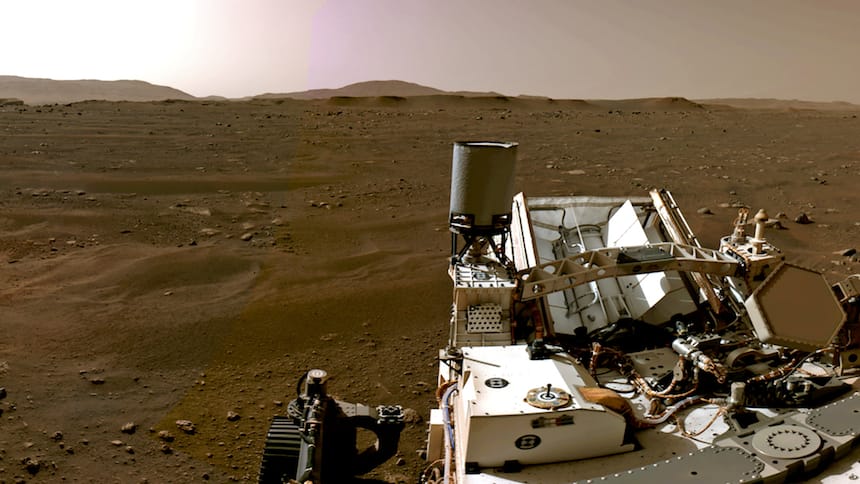