The CBC Kids News editorial board explains what CBC Kids News is. The board is made up of four kids from across Canada: Tasia Arteaga Radonich from Nelson, B.C. (13), Conor Wilkins from Hay River, N.W.T. (12), Braden Watkins from Burlington, Ont. (11), and Ainsley Good from Quispamsis, N.B. (12.)

The beginning of something great

We all want to know it.

We all want to talk about it.

That’s where CBC comes in.

CBC has been informing Canadians about the news for more than 75 years.

We also know that kids want to hear from other kids.

That's why we've spent the last few months working with an editorial board made up of four kids, just like you, from across the country.

They're the ones in the video at the top of the page.

They help us decide what kids want to know about, what kids have questions about and what kids are talking about.

We are also developing a team of kid “contributors” who are our eyes and ears on the ground.

They pick up on what’s happening around them and share their stories here on the site.

And most importantly, we adhere to CBC’s Journalistic Standards and Practices — which means we have a high standard for the stories we tell and the way we tell them.

Who are our contributors? 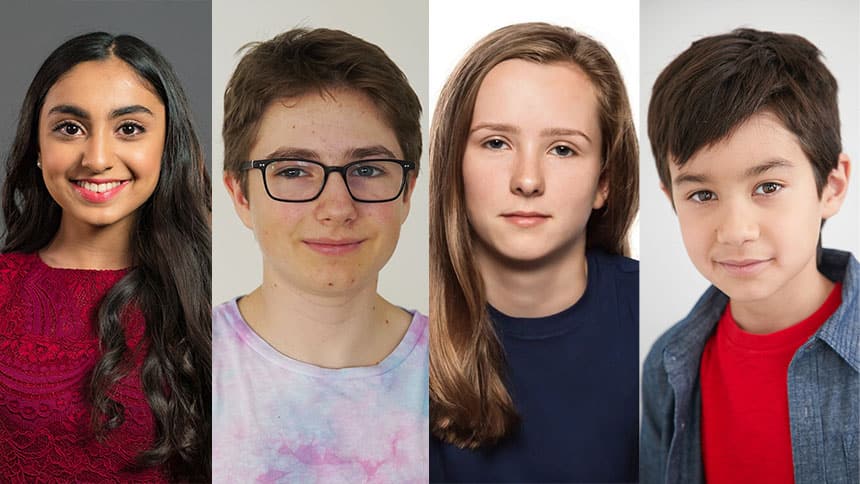 More than 700 kids from across Canada applied to be part of the CBC Kids News team.

To kick things off, we’ve launched the site with four of them:

Saara Chaudry is passionate about having a positive impact on the world, whether it's within her community or on the screen. The 14-year-old from Toronto played Little Cosette in Les Miserables, Howie on Max & Shred and Dana's older sister on Dino Dana. She was also the voice of Parvana in The Breadwinner, the feature film nominated for an Oscar, along with the  Golden Globe and Canadian Screen awards. Now she joins CBC as a contributor and host of CBC Kids News.

Campbell Baron is a 15-year-old entrepreneur and video producer from Toronto. He loves creating video content and got his start developing social media videos for brands, helping them tell stories that target younger audiences. He's worked with companies such as Sleep Country Canada and Pinkberry and is excited to work with CBC Kids News to produce engaging stories for kids across Canada.

Isabelle MacNeil lives in Dartmouth, N.S., where she is active in the arts community. She has performed on the Christmas Daddies Telethon and plays clarinet in two local bands. Isabelle has developed a passion for acting and singing to go with her love of sport and volunteering. This 11-year-old leader hopes to inspire others as a budding entrepreneur and educate kids of all ages through stories. Isabelle is thrilled to be part of the CBC Kids News team and believes that giving kids a voice is more important than ever.

Ari Resnick is a 10-year-old student and actor from Toronto, Ont., who loves writing and telling stories. He has been creating and illustrating since he was four years old. One day he hopes to publish his work in print and in Hollywood. When he’s not working as a reporter for his school’s newsletter or as a contributor for CBC Kids News, you’ll find him engrossed in one of his many other hobbies such as reading, photography and being active outdoors.