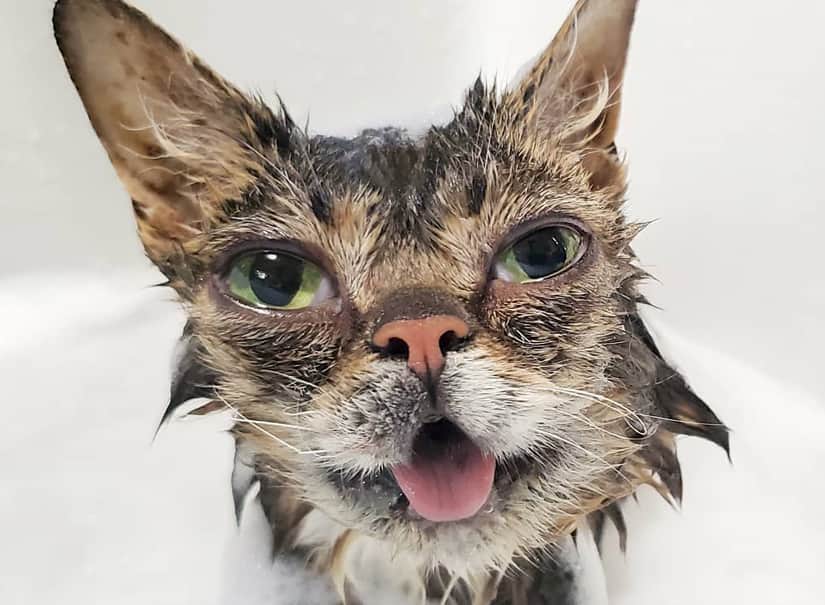 According to her official website, Lil Bub was the only cat in recorded history to have osteopetrosis, which causes the bones to grow denser with age. (LilBUB/Instagram)

Lil Bub dies at age 8, but her legacy keeps on purring

It’s been a sad year for feline influencers

Eight years ago, a 30-second video of a cat, titled good job bub.3gp, was uploaded to YouTube.

Fast forward to today — after getting a talk show, book and millions of followers, the cat that stole the internet’s heart has passed away.

Lil Bub, who was found in a toolshed in Indiana, U.S., was the runt in a litter of kittens and was born with several genetic anomalies that caused facial differences and made her permanently kitten-sized.

Aside from becoming an internet phenomenon, she was behind the first national fund for special needs pets, and her brand raised more than $700,000 US for animals in need.

On Sunday, her owner took to Instagram to announce that Bub had died suddenly from a bone infection. 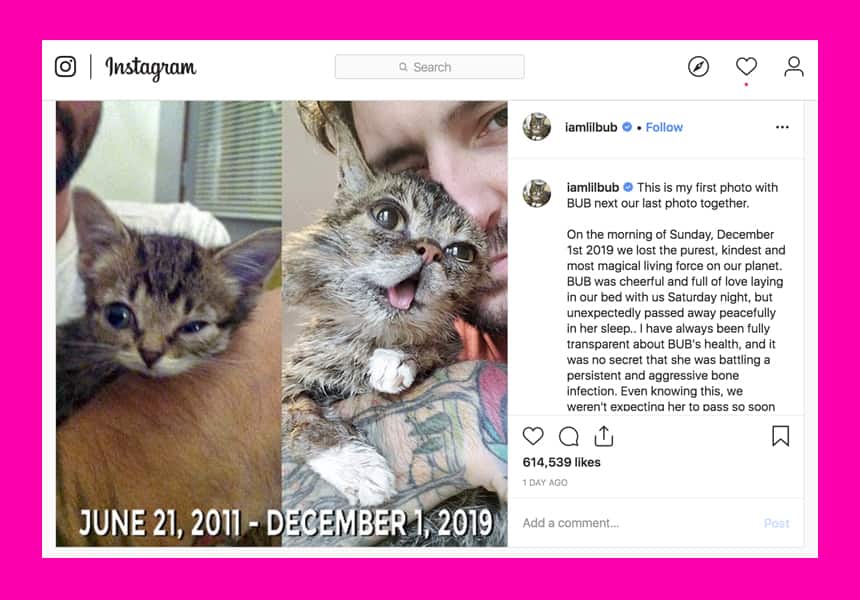 Not surprisingly, waves of fans have taken to Twitter to express their heartache for Lil Bub’s passing.

Some are saying the news is especially hard since Grumpy Cat — another cat superstar — also died earlier this year. 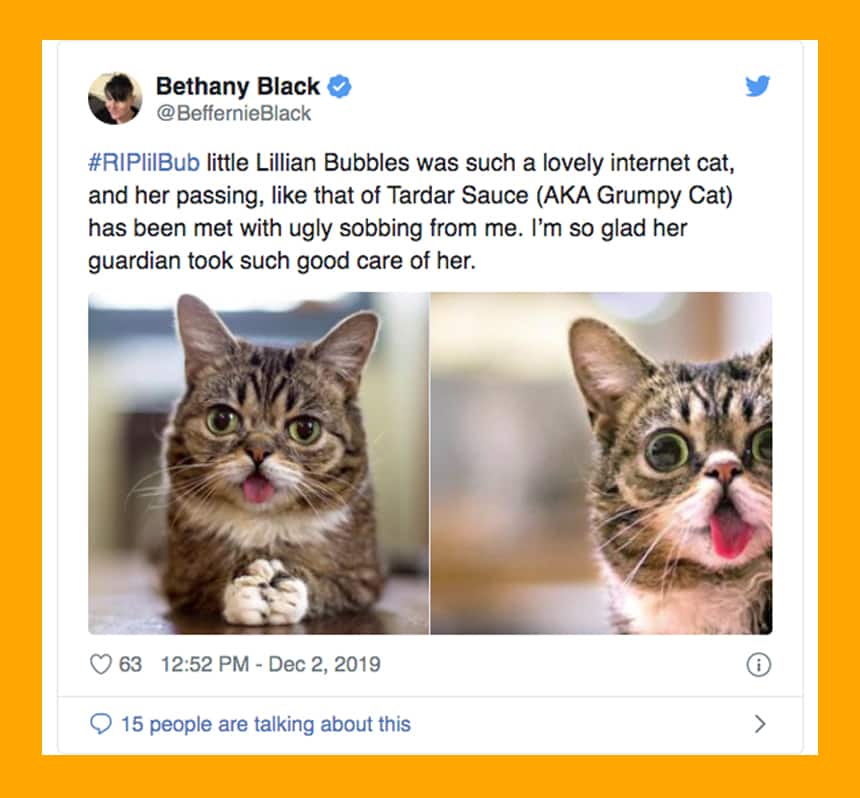 Others are taking the opportunity to thank Bub for her fundraising.

And a few fans are using their art to lament the beloved kitty. 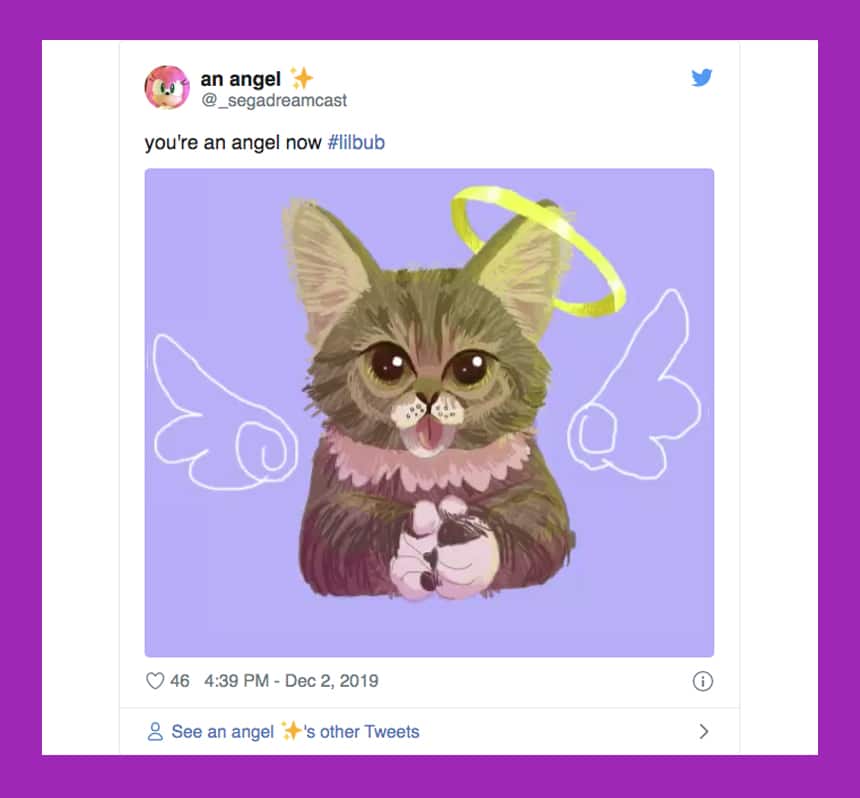 But mostly, people are just taking the time to say good job, Bub. 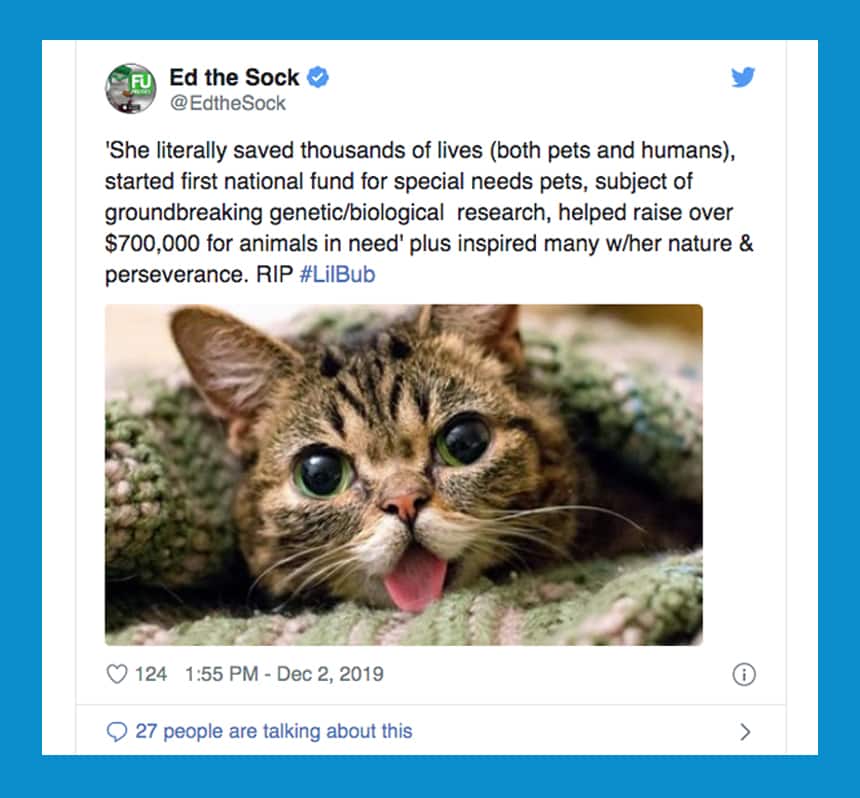