A new music video released on Earth Day is a cry for help from “Mother Earth,” and it stars a couple of kids from northern British Columbia.

Through their climate activism group, Third Planet Crusade, Ella Kruus and Julia Zirnhelt have been organizing climate marches in their community of Williams Lake and teaching kids about climate change.

But they wanted to do more.

So when Julia’s aunt asked them to take part in her new music video about the environment, the girls jumped at the opportunity.

Ella and Julia are the main kids in the piece, singing sections of songs and appearing beside the character of “Mother Earth,” an elderly woman.

Watch part of the video here:

“This was kind of another way to express our opinion,” added Ella, 13. “I've always been, like, one of the artsy kids. I like doing musical theatre and singing.”

This is also a way to reach more people, they said, since the video launched on YouTube on Earth Day.

Earth Day happens every year on April 22. It started in 1970 and is a day to raise awareness and do positive things for the environment.

The song, called A Mother’s Plea, was written by Shannon Zirnhelt and starts like this: 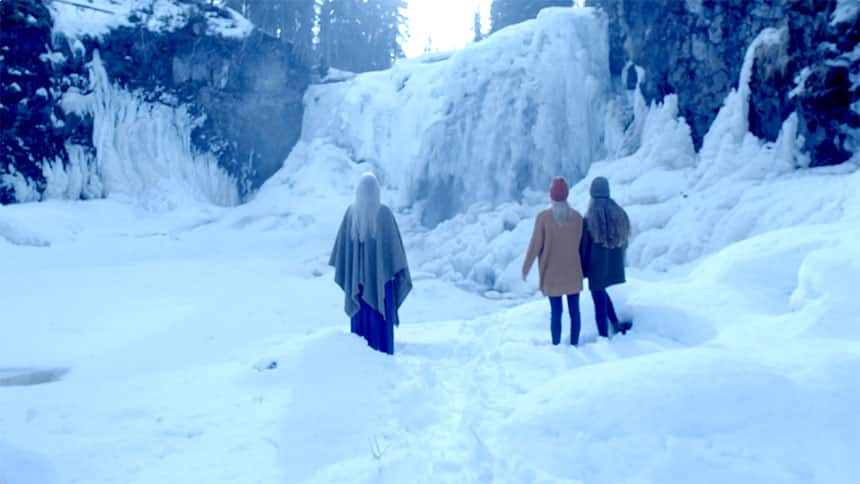 The video features an elderly woman, depicting the role of Mother Earth, left, as well as the younger generation of kids, including Ella and Julia. (Image credit: Shannon Zirnhelt/YouTube)

The video was filmed in the area around Williams Lake, called the Cariboo region, and shows scenes from the natural environment, like waterfalls and forests. 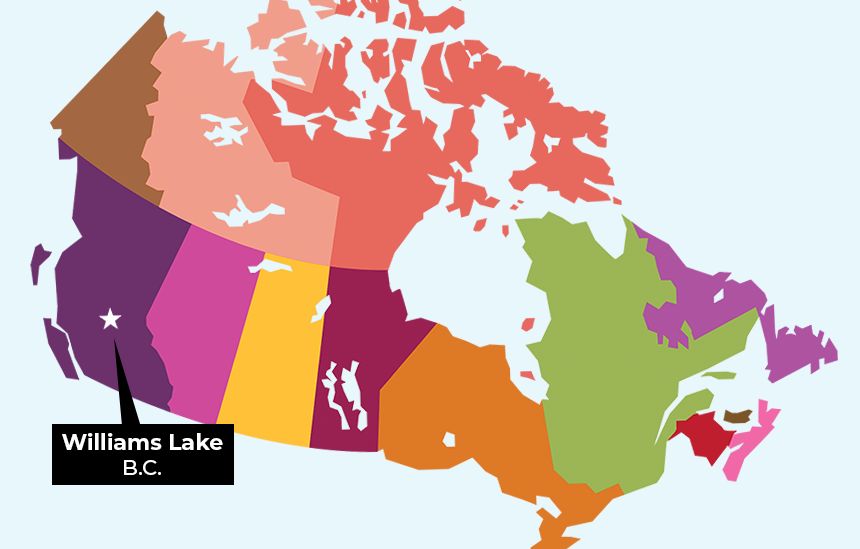 “Sometimes I feel like maybe I take the scenery for granted,” said Julia. “But filming this music video made me realize, actually, how pretty it was.”

But the video also shows destruction, such as a nearby forest burnt by a fire in 2017, and the local dump.

“A lot of people, you know, they hear about forest fires,” said Ella. “Especially if you live in a …  bigger city, you don't necessarily see that as much. I think it was a really powerful experience to kind of see [the effects of] the forest fire.” 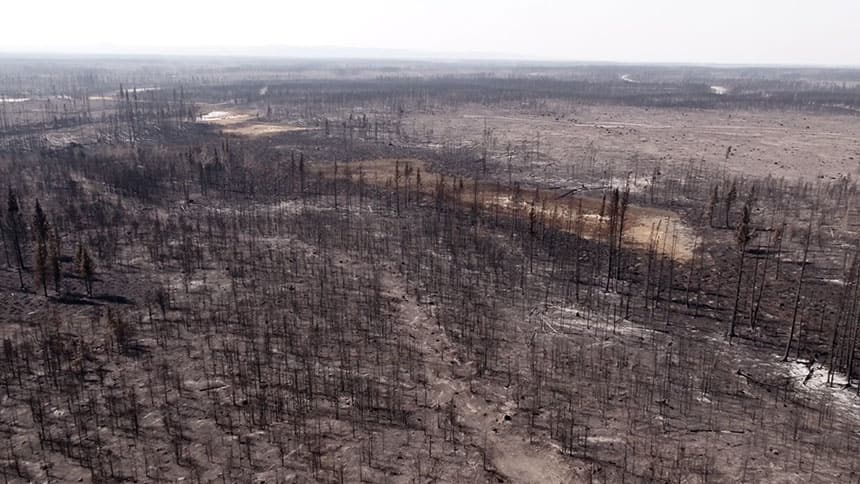 In 2017, a forest fire forced people in the community of Williams Lake to evacuate their homes. (Image credit: Shannon Zirnhelt/YouTube)

When filming at the dump, Ella looked around and realized so much of the waste could be reused.

“There was, like, an old car. And I was thinking, oh, that would look really nice. Like, I could make something out of that and repurpose it in a way,” she said.

“A lot of plastic does come from big corporations and things like that. But at the same time, it is also an individual thing.” 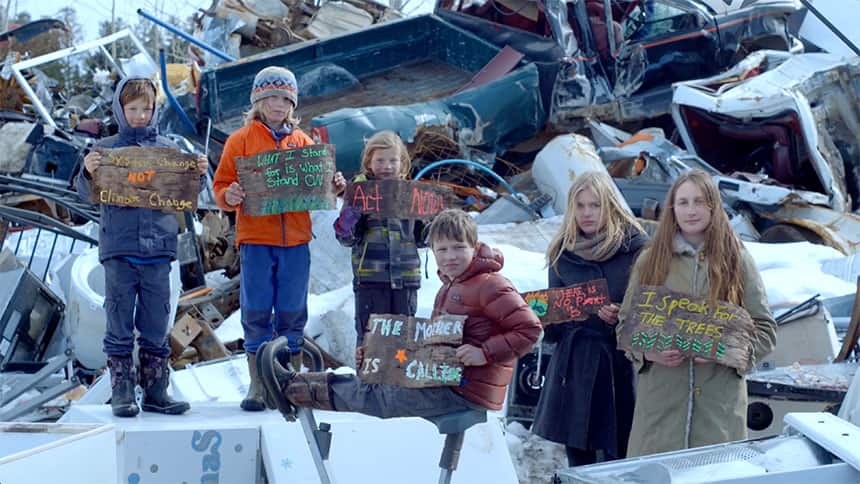 Part of the video was filmed at a local dump near Williams Lake, B.C. (Image credit: Shannon Zirnhelt/YouTube)

Shannon Zirnhelt said she was inspired to write the song shortly after the last federal election in 2019.

“[There were] lots of promises from politicians that climate change was on their agenda … and then as soon as the election happened, I felt like it went silent,” she said.

Zirnhelt’s been writing songs for a few years and recently started recording them.

“I had a vision when I wrote the song, about the video. I always wanted to do a video with it, with kids, with youth, just showing the world that I live in,” she said.

She reached out to Third Planet Crusade to see if Ella and Julia would like to be part of it. 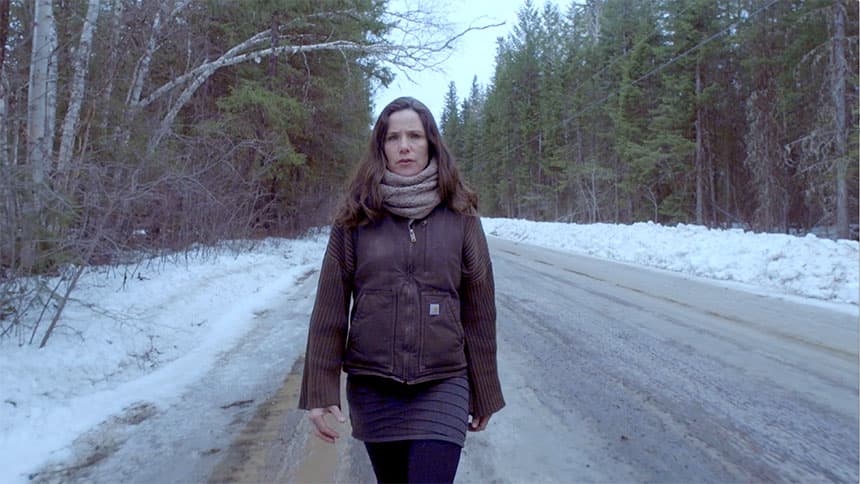 Shannon Zirnhelt used to be an engineer and has been a full-time mom for a few years. She recently started writing and recording music. (Image credit: Shannon Zirnhelt/YouTube)

They filmed the video over two days and decided Earth Day would be a good time to release it since a lot of kids will be talking about it in school.

Shannon will be showing the video in schools in Williams Lake on Earth Day and discussing it with students.

“I hope that they see, like, how cool it is to be involved in climate activism,” said Julia.

“Because when you get involved, there are so many cool opportunities. You get to meet a lot of people. And also on Earth Day, I hope that more people celebrate it and fully acknowledge it.” 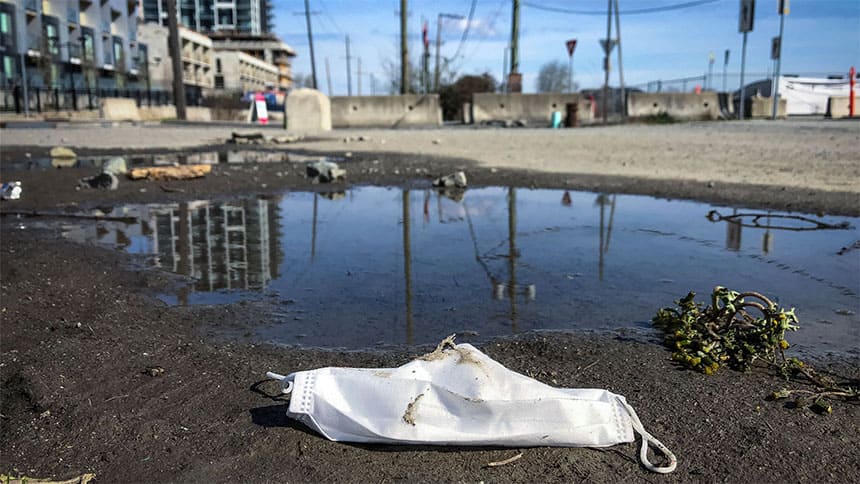