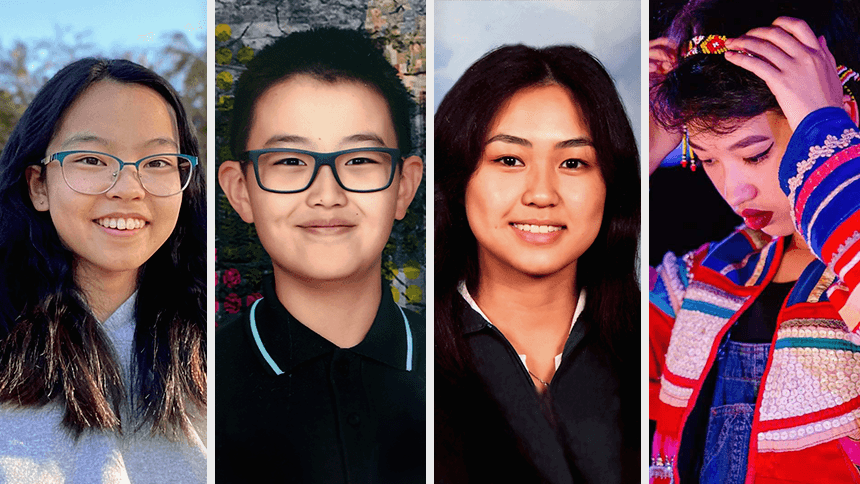 Kids share experiences of anti-Asian racism in the pandemic

After seeing a large amount of anti-Asian hate, it was starting to take a toll on his mental health.

“I wouldn’t know how to stop consuming all of this information that was extremely depressing and overwhelming,” he said.

Jade isn’t the only one feeling that way.

Over the last month, people all over the U.S. and Canada have been protesting and speaking out against anti-Asian racism that has been increasing since the pandemic began.

This includes, among others, former Toronto Raptors player Jeremy Lin, actor Sandra Oh, as well as several Asian members of Parliament in Canada. 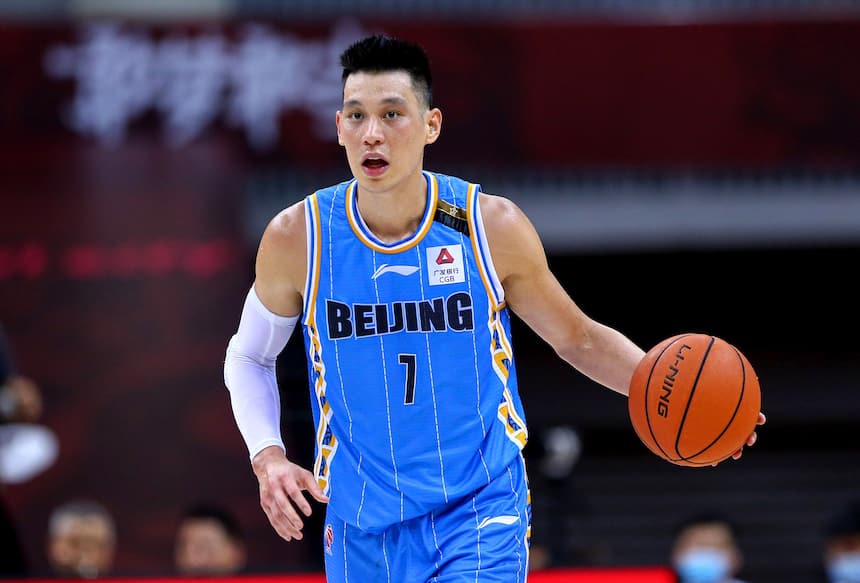 Former Raptor Jeremy Lin spoke out earlier this month after he said he was called 'coronavirus' while on the basketball court. (Image credit: STR/AFP via Getty Images)

Anti-Asian racism on the rise

New data from Statistics Canada showed that, during the pandemic, Asian Canadians were more likely to report discrimination or being treated unfairly, and report an increased frequency of race-based harassment.

A report by the Chinese Canadian National Council (CCNC) found that half of Chinese Canadians they polled said they’ve been called names or insulted as a direct result of the pandemic. 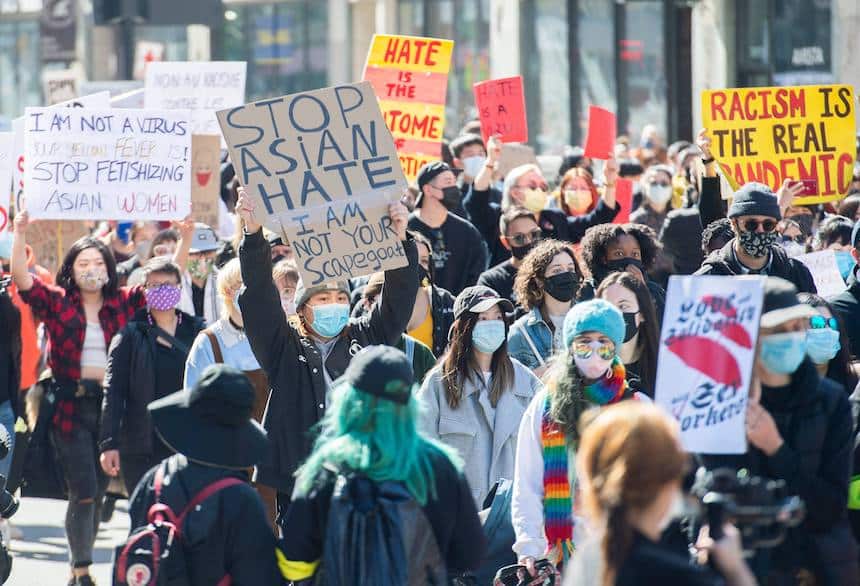 The same report found a sharp increase in anti-Asian racist incidents since the pandemic began.

Dr. Yue Qian, an assistant professor of sociology at the University of British Columbia, has been researching the effects of anti-Asian discrimination during the pandemic.

She says it all stems from powerful people associating COVID-19 with China, including former U.S. president Donald Trump, who called it the "China virus." 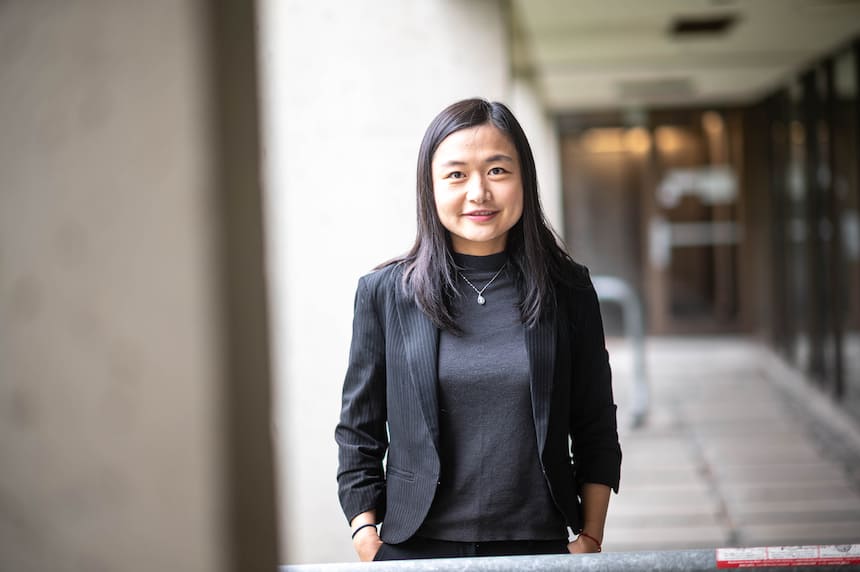 In her research, Dr. Yue Qian has found that Asians in both Canada and the U.S. have experienced increased discriminatory encounters, and those experiences are contributing to worse mental health. (Image submitted by Yue Qian)

“Trump directly associated the virus with China. He attached undesirable characteristics to an entire group,” she said.

“This is a form of racism, because a lot of scientists around the world are still trying to identify the origins of the virus, so there is no scientific evidence to say that the coronavirus actually originated from China.”

“I do have that idea at the back of my head that people are blaming me in some way.” - Nicole Wong, 17

Qian said that this labelling has led some to treat Asian people differently.

Qian said this has led to many different forms of racism, from violence and harassment to non-Asians avoiding Asian neighbourhoods due to their association with COVID-19.

Asian kids and teens speak out

Unfortunately, seeing anti-Asian hate — whether in tweets or in news stories about anti-Asian hate crimes — has affected the way Jade Santos thinks when he’s out in public. 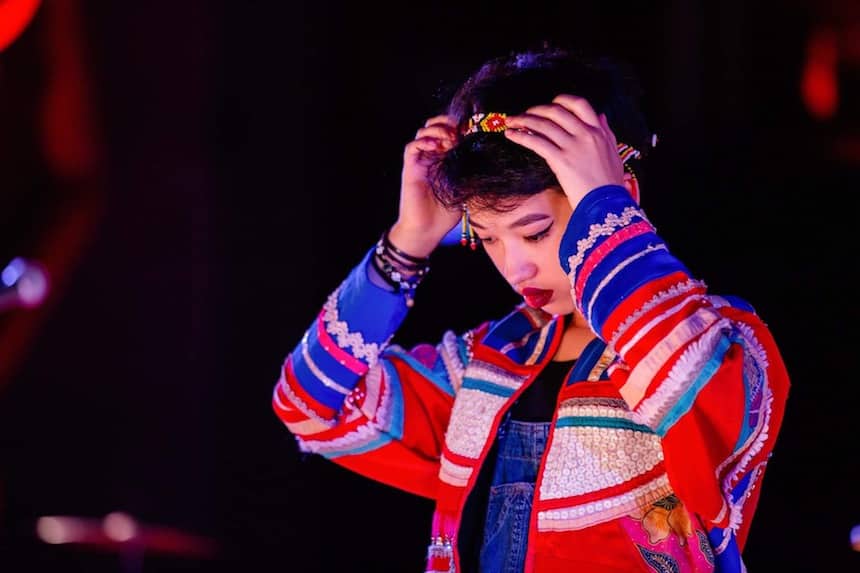 Jade Santos, who identifies primarily as Filipino, says the anti-Asian racism he’s seen has made him less comfortable about leaving his predominantly Asian neighbourhood in Vancouver. (Image submitted by Jade Santos)

“For anyone during COVID-19, you’re not allowed to sneeze or cough in public. And then if you’re Asian on top of that and you cough and sneeze in public, people are going to look at you weird.”

On the other side of the country, Nicole Wong, a Grade 12 student from Toronto, said she saw anti-Asian racism in her school at the beginning of the pandemic, before lockdown even began.

“I’d see [kids] talking about the international students at my school, they’d point at them, covering their noses with their shirts to say, oh, they have the virus, and the virus at the time hadn’t spread at all, we were still fully in school."

Nicole said she herself has experienced slurs and other comments about her ethnicity during the pandemic. 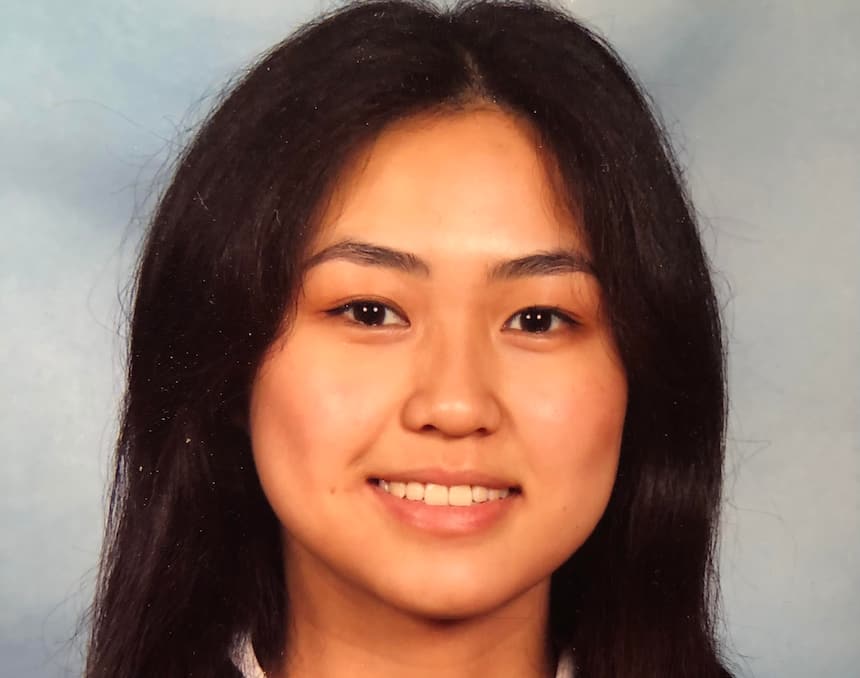 Nicole Wong, who is Chinese, said that people should think twice about saying things like ‘China virus,’ because ‘you’re targeting the people rather than the virus itself.’ (Image submitted by Nicole Wong)

One in particular stands out to her.

“I was just walking around downtown and I was crossing the street in a safe area, and a man approached me and said some vulgar words against my ethnicity, assuming I was Chinese, which I am.”

Like Jade, she also finds that seeing all of the anti-Asian racism has changed the way she thinks when she’s out in public.

“Maybe it’s my senses that are more heightened, but I feel like people are staring at me more when I’m walking down the street, or maybe it’s just my mind, but I do have that idea at the back of my head that people are blaming me in some way.”

Daniel Li, a 13-year-old from Montreal, says he’s also seen racist taunts aimed at other Asian kids in his school. 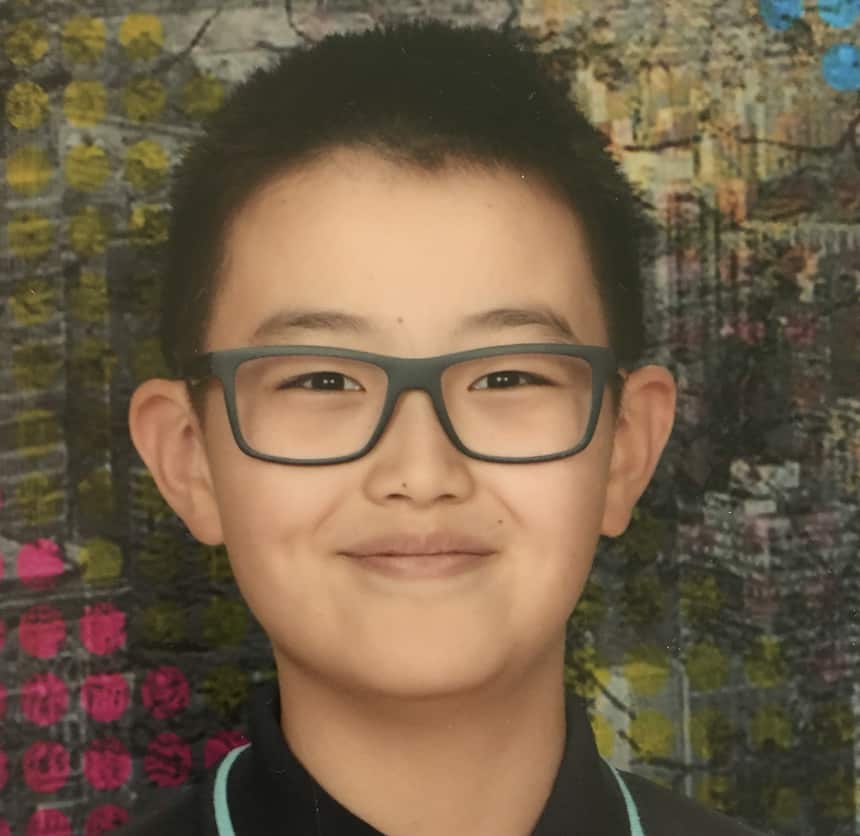 Although he has felt alienated by these comments, Daniel said he’s found strength by joining his school’s multicultural committee, where he and other members empower others to stand up against racism.

“It makes me feel proud how [other members], before they were shy and maybe they couldn’t defend themselves, and then I see how they truly are. Strong people.”

Yi Ru Lin, a 12-year-old from Montreal, says she’s “heard a lot of stories from [her] friends of people being racist to them,” and has also recently experienced it herself online. 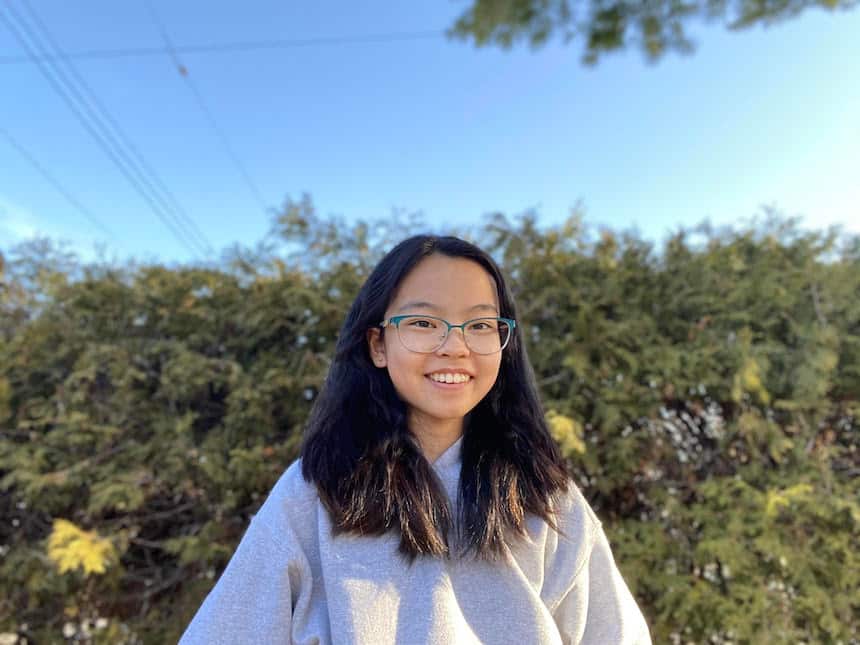 “I’ve been a victim of racism online … there was a guy on TikTok who told me, 'Go make my sushi, Ling Ling.'”

“It feels like one more tiny step to victory.”

What do we need to do?

“I think we need people in positions of power to call out these racist behaviours, and also, when non-Asians come across these anti-Asian crimes, they should call out this behaviour.”

Qian says that standing up “sends a signal to the perpetrator, saying, hey, this is not cool behaviour, you shouldn’t do this.” 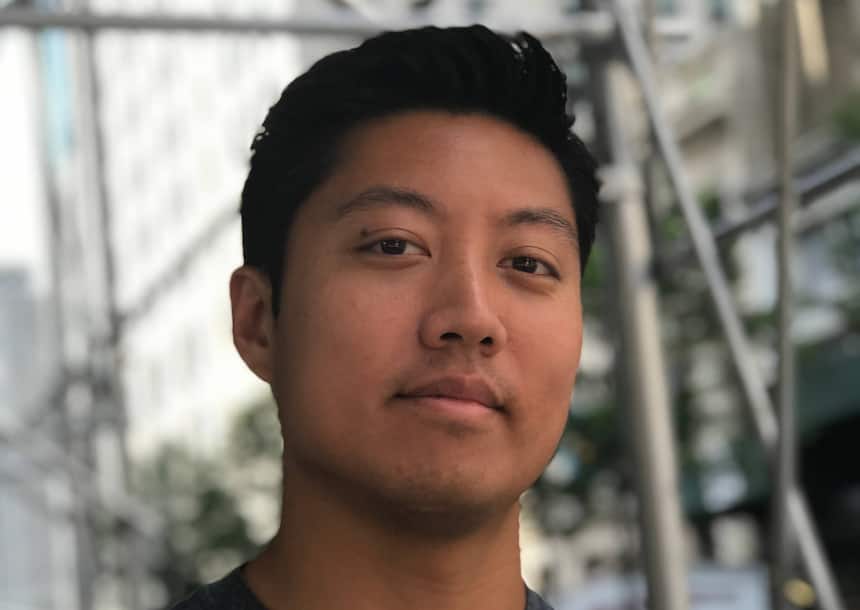 Jason To, who works for the Toronto District School Board, helped create a resource for teachers in the board that teaches them how to deal with anti-Asian racism. The resource was released last month, when the board and ETFO announced they’ve noticed an increase in anti-Asian racism in schools. (Image submitted by Jason To)

Yi Ru said people can help by spreading awareness of anti-Asian racism through their social media.

She said even if you only have 10 followers, sharing can have a snowball effect and it “makes a tiny difference — but I think it makes a difference.”

Daniel said that the strategy he and other members on his multicultural committee use is to remain calm and try to educate people who say racist things.

“In order to solve these types of racist comments, you have to calm down and tell them these rumours are not true," he said. “It makes you feel proud that you did not use violence. You used happiness, you used family. You used every positive emotion and then that’s it.” 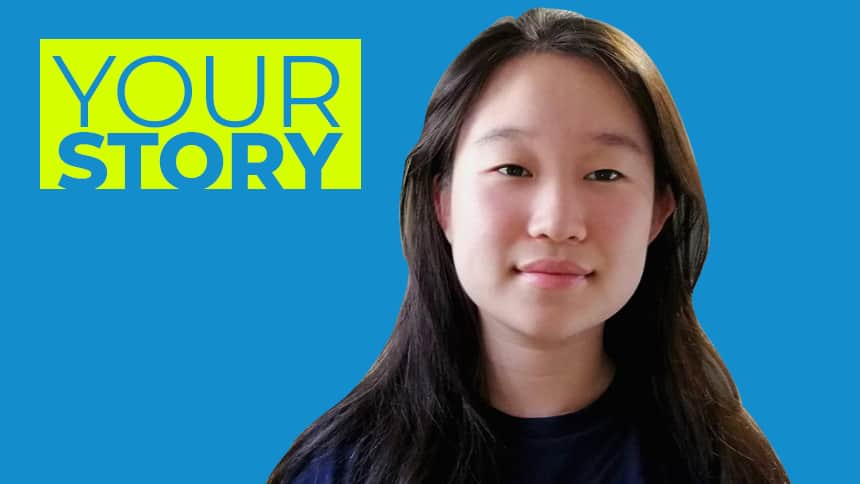 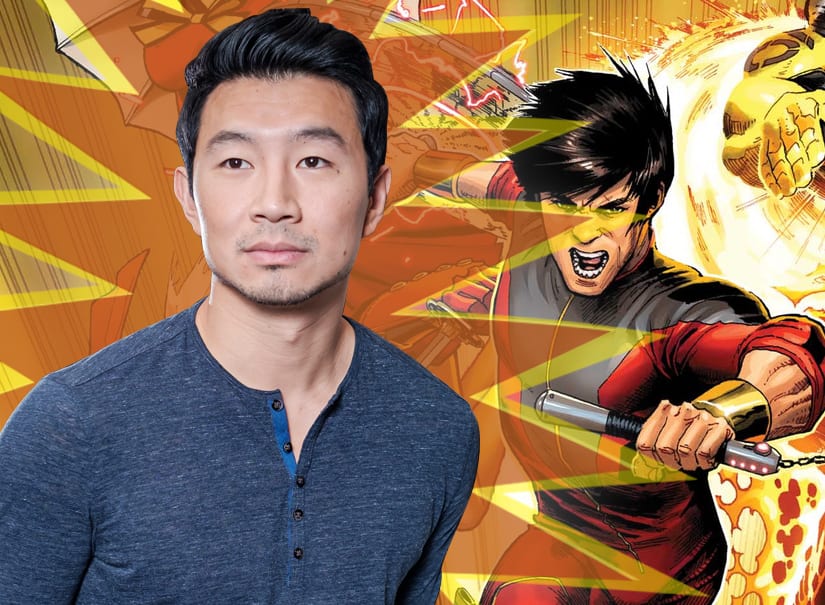