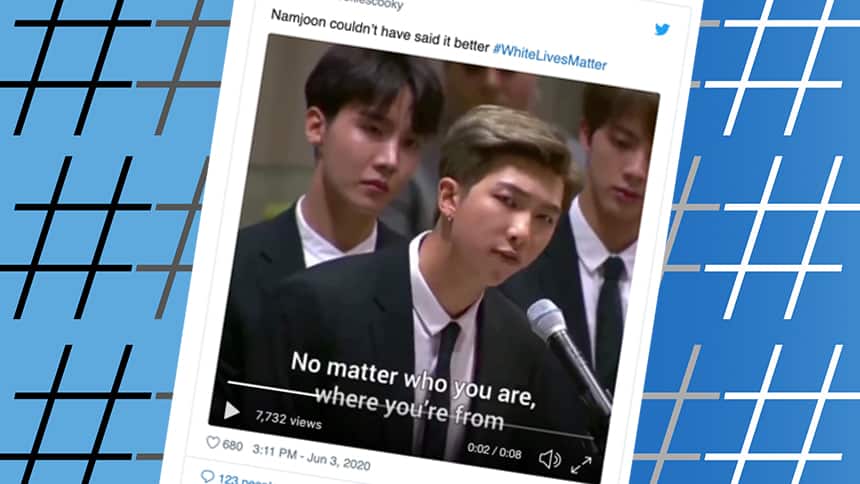 You may have noticed the hashtag #WhiteLivesMatter trending on Wednesday.

Digging into it, you’d see that this wasn't started by users standing up for white people's rights.

Instead, K-pop fans around the world tried a new way to fight anti-black racism.

The death of George Floyd has sparked protests and the messages are spilling over onto social media. 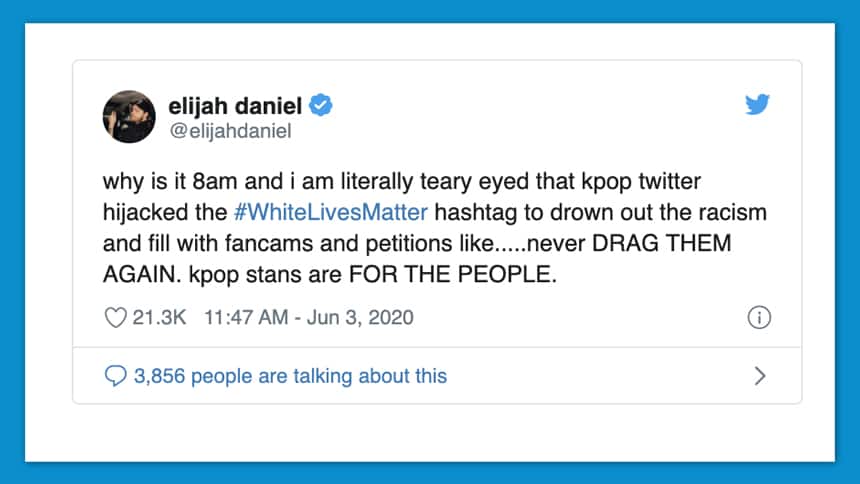 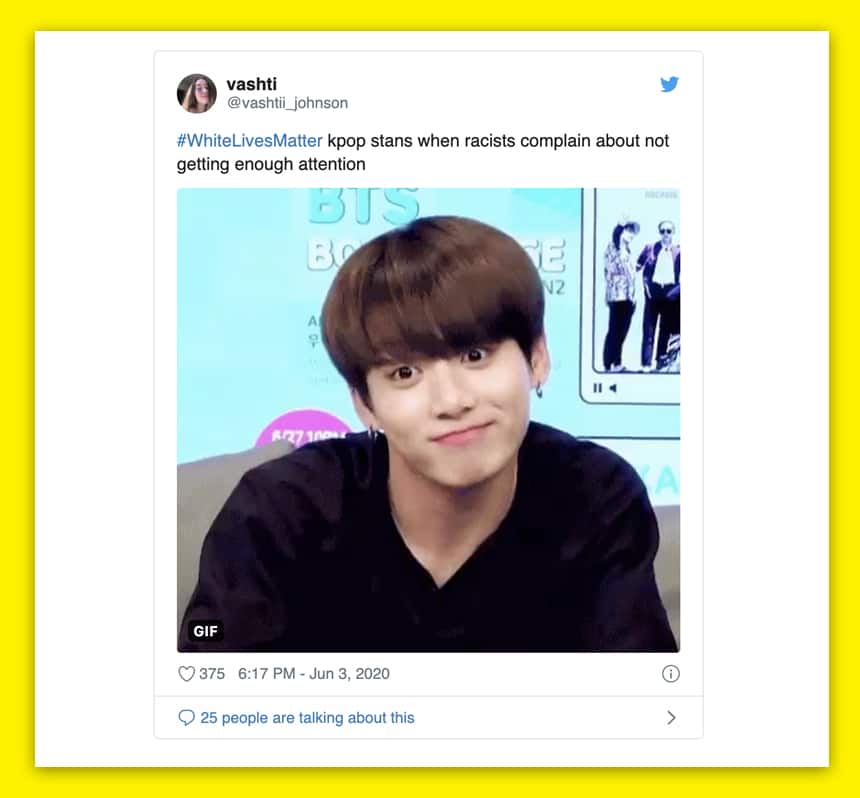 How and why did K-poppers do it?

K-pop fans are known for being large in number and for their ability to flood hashtags on social media.

Instead of pro-white messages associated with the hashtag, K-poppers are using it to share both silly and anti-racist posts.

Some posters accused users who clicked on their posts for being racist, assuming they were attracted to the hashtag. 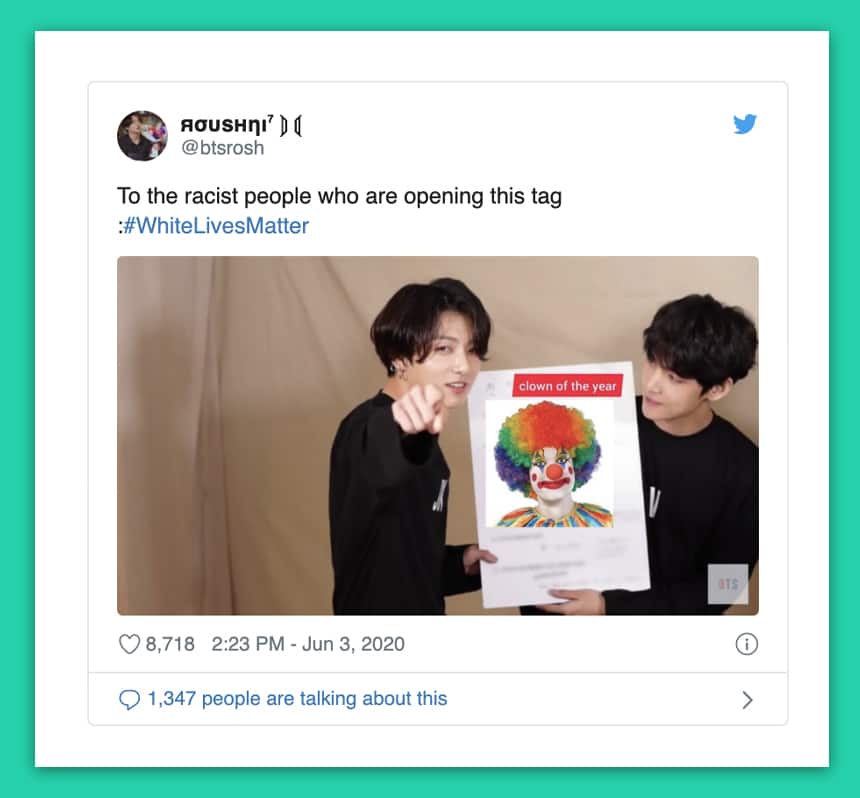 But most posts seem to be there to stand in solidarity with protesters, while showing off K-pop performances.

Original reason to drown the hashtag is unclear

The hashtag quickly started to trend on Twitter and parts of Instagram in what appears to be a response to some accounts sharing a white square with the hashtag #WhiteLivesMatter. 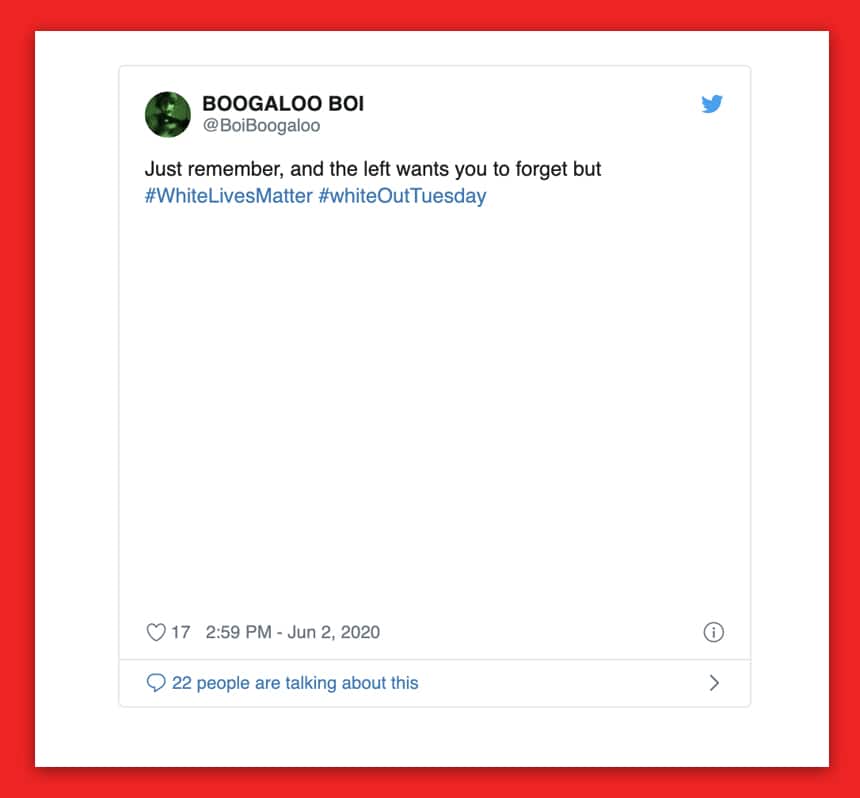 Those drowning out hashtags like #WhiteLivesMatter with unrelated images and memes see it as a way to combat white supremacy online.

White supremacy is the belief that the white race is superior, or better than other races.

“What happens to blacks in this country [United States] at the hand of law enforcement is none of our concern,” said Barnette in 2016.

The White Lives Matter website, which no longer exists, said its purpose is “dedicated to promotion of the white race and taking positive action as a united voice against issues facing our race,” as described by the Southern Poverty Law Center.

According to Heidi Beirich, the director of the Intelligence Project at the Southern Poverty Law Center, White Lives Matter is a white supremacist group.

“They’re against integration, immigration. This is standard white supremacist stuff,” she said in a 2016 interview with the New York Times.

Most reactions to the K-pop flood have been positive

Many Twitter users expressed a mixture of relief and surprise after seeing that the hashtag was trending due to K-pop fans’ support of black voices. 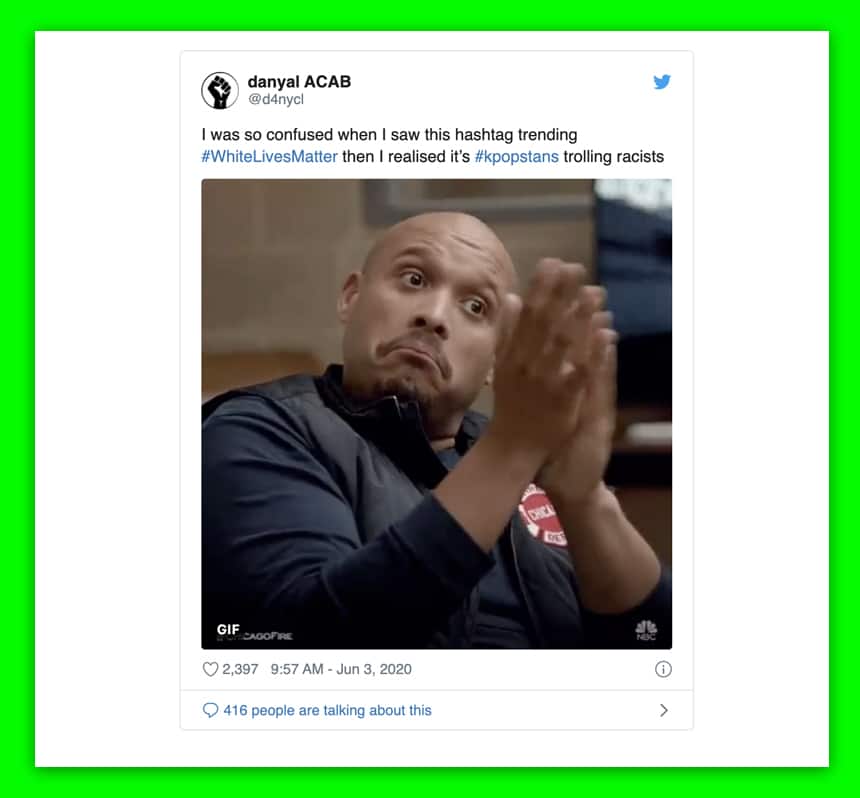 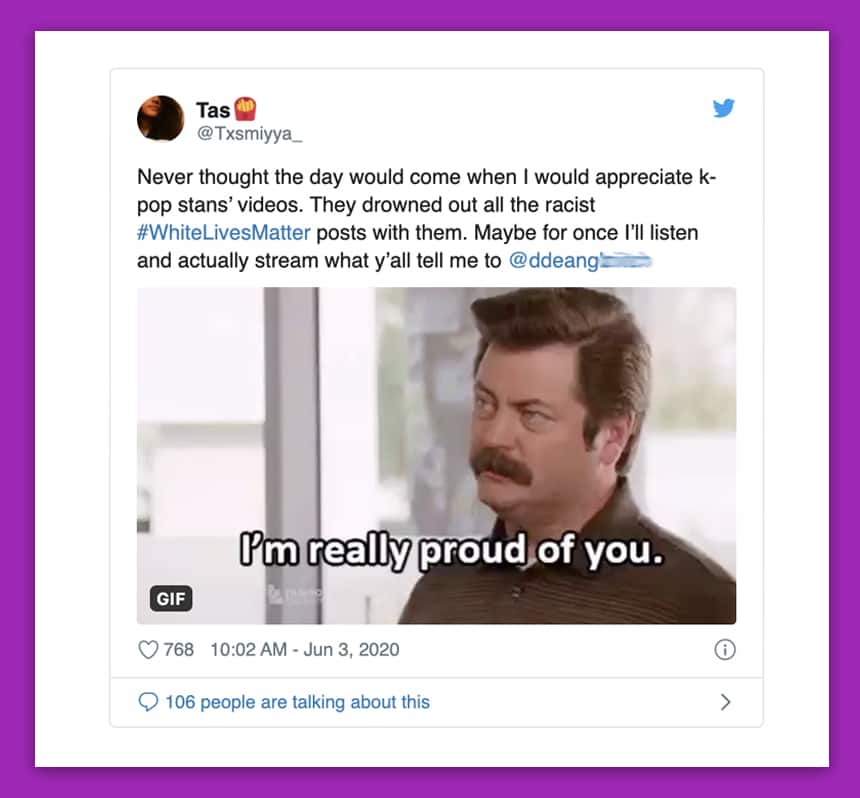 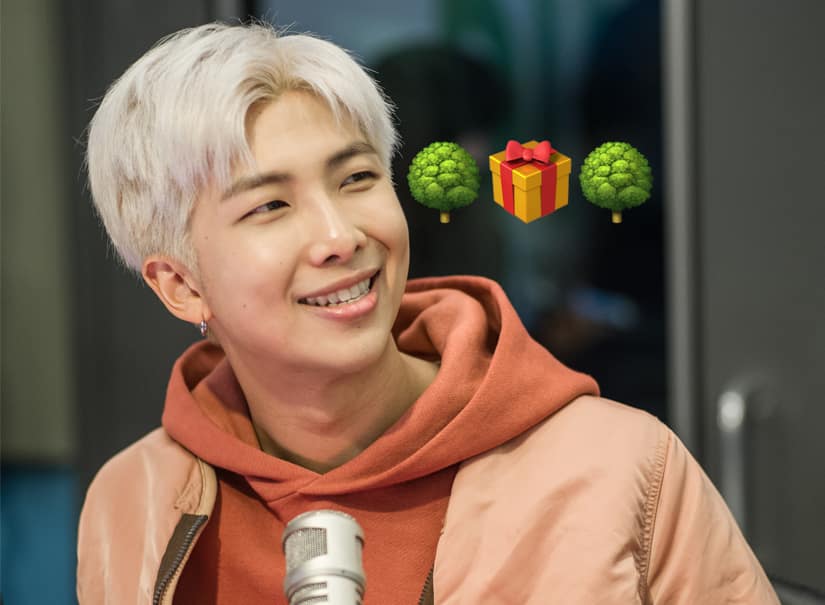