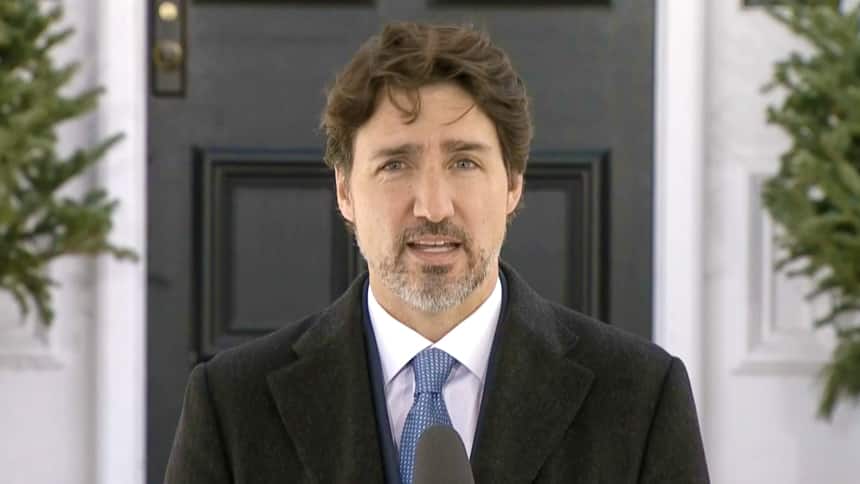 Prime Minister Justin Trudeau talks about the importance of physical distancing and the effectiveness of masks in a news conference earlier this week. (CBC)

Does the word “moist” make you cringe?

Well then you’re in for quite the shudder.

During his news conference on Tuesday, Prime Minister Justin Trudeau made a choice of words that, even in the moment, sounded weird to him.

The moment happened as he talked about whether or not masks are effective during the coronavirus pandemic.

“If people want to wear a mask, that is OK. It protects others more than it protects you because it prevents you from breathing or speaking moistly on them,” said Trudeau.

“What a terrible image,” he said immediately after.

But when you give the internet a terrible image, they see a wonderful opportunity. 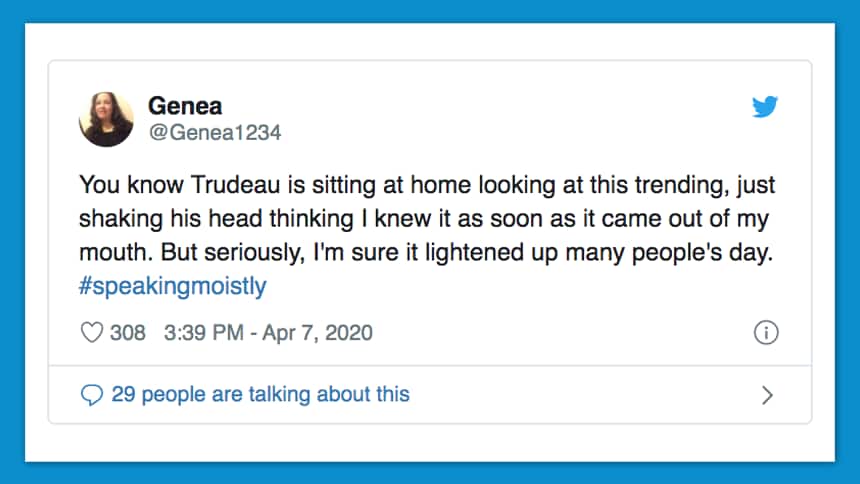 The video already has about a million views.

Thankfully for Trudeau, his viral moment is now making a lot of people smile, even if they had to cringe first. Some are saying it’ll be the next Canadian chart-topper. 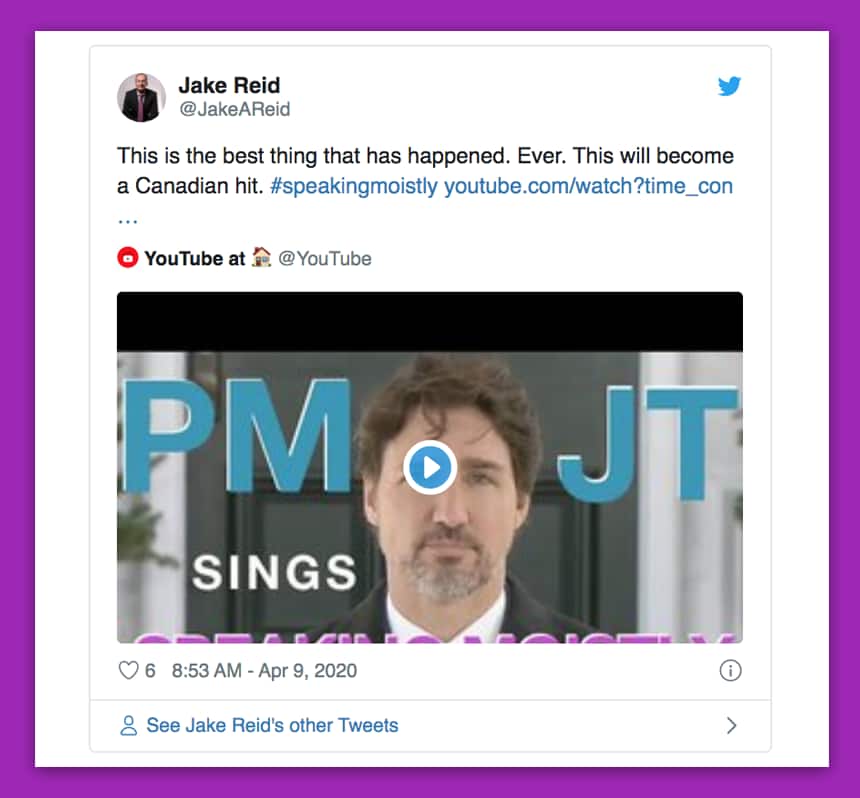 Others have higher expectations, and are already clocking it as the next Shape of You or Despacito. 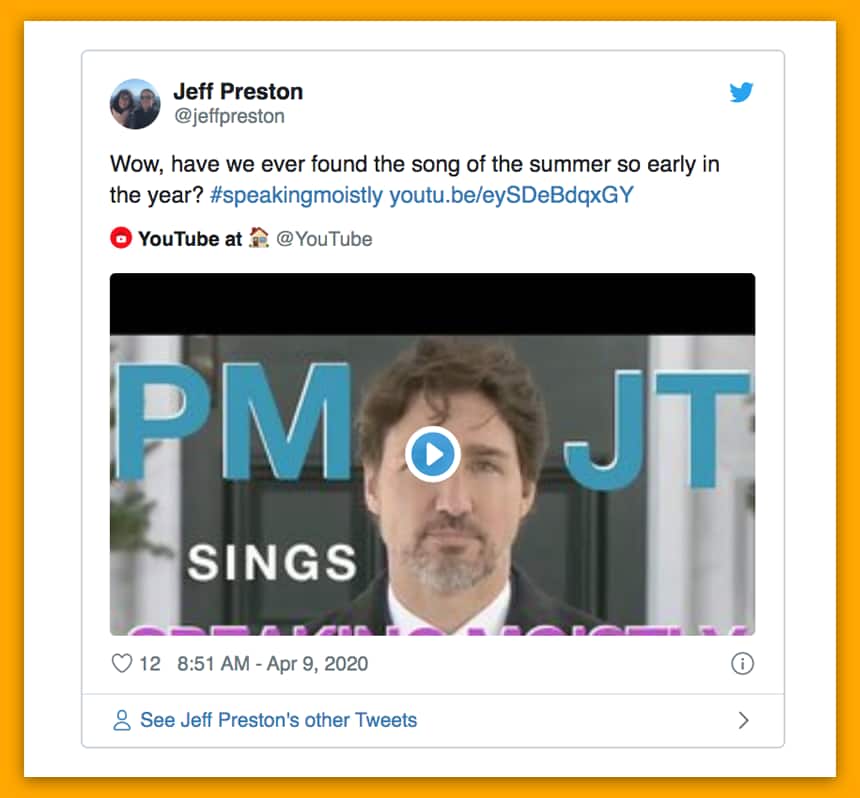 And then there are those who are looking for every opportunity to slip it into conversations. 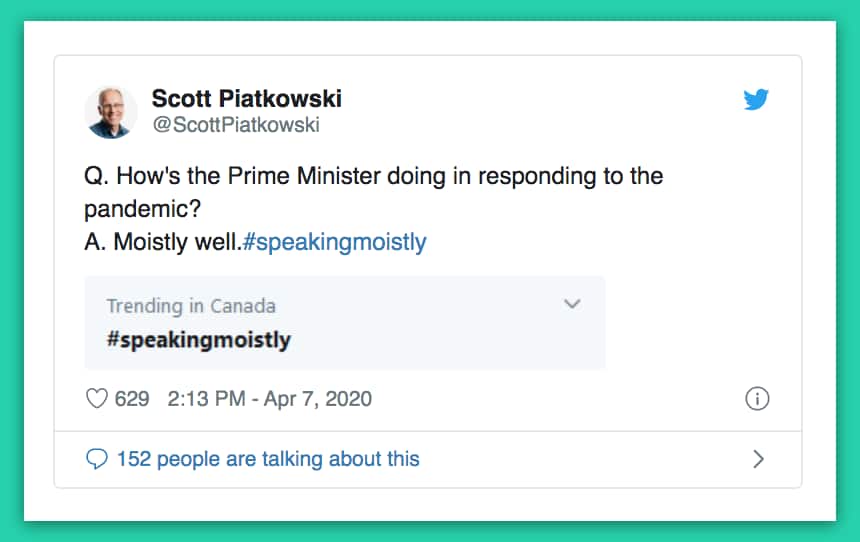 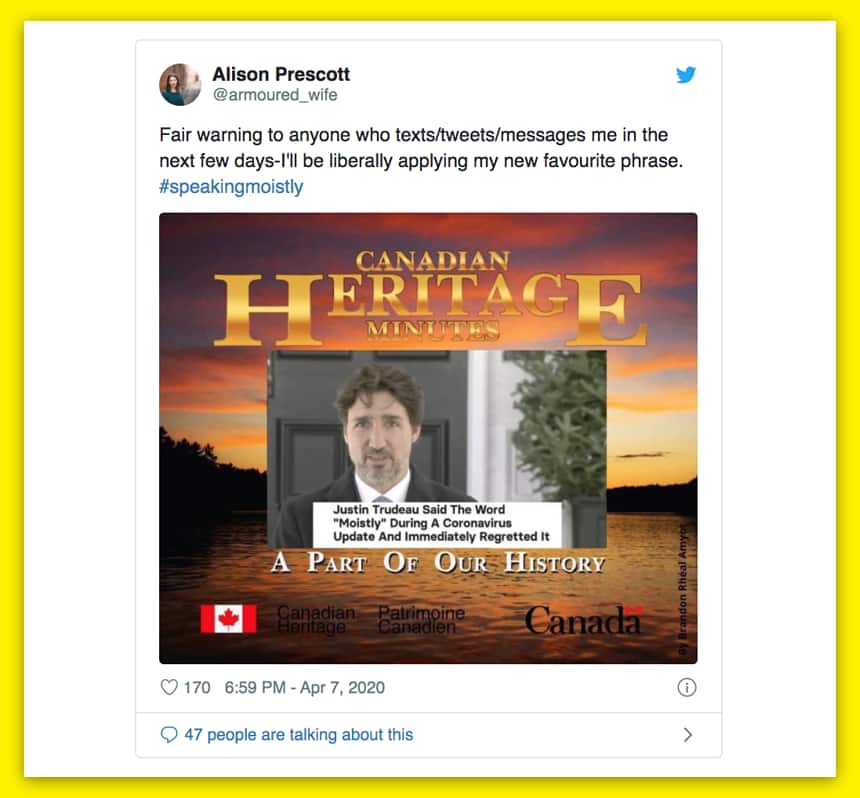 And finally, those who are recognizing a true Canadian hero, the sign language interpreter who had to sign the phrase. 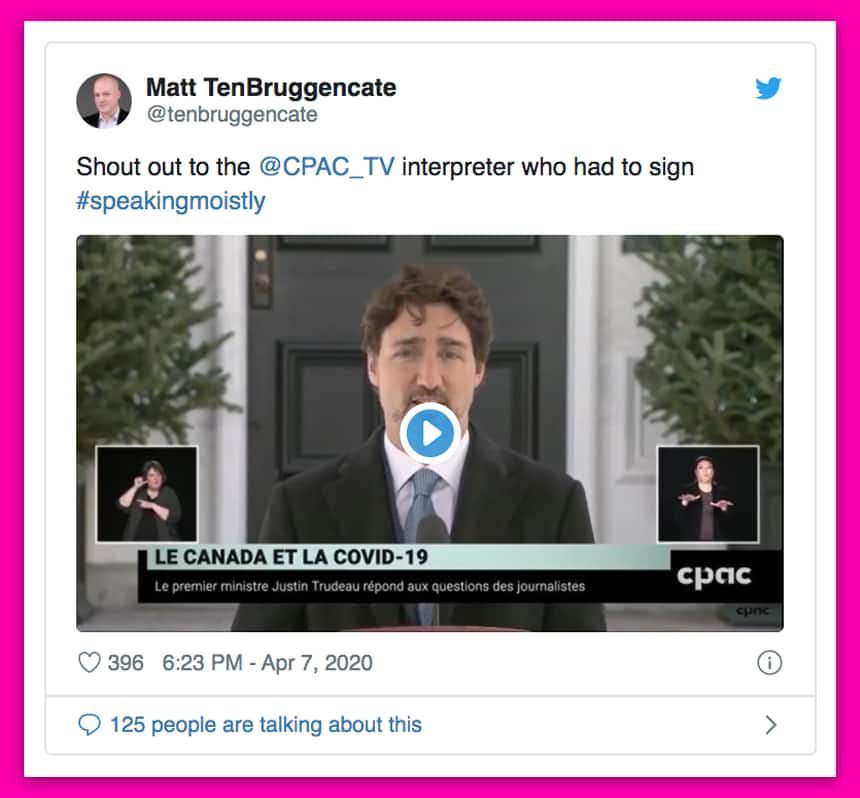 Want to see some other funny Trudeau moments and gain some useful information? Check out CBC Kids News contributor Arjun Ram’s interview with the PM.