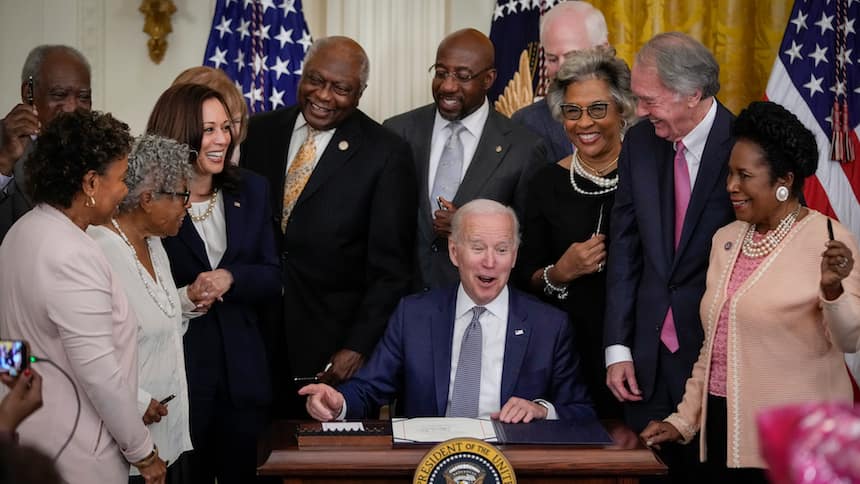 Juneteenth just became a federal holiday in the U.S. Here’s what that means

Many Black Americans are rejoicing after a move that some say has been a long time coming.

It’s the country’s 12th federal holiday and the first new one since Martin Luther King Jr. Day was signed into law in 1983.

Juneteenth was first celebrated 155 years ago, to commemorate the day in 1865 when legal enslavement of African Americans was abolished.

Activists say that while they appreciate the recognition, more is needed to change policies that disadvantage Black people.

Why and what this means

Activists have been campaigning for the U.S. federal government to recognize Juneteenth as a national holiday for years.

This includes 94-year-old Texan Opal Lee, who attended the signing ceremony on Thursday. 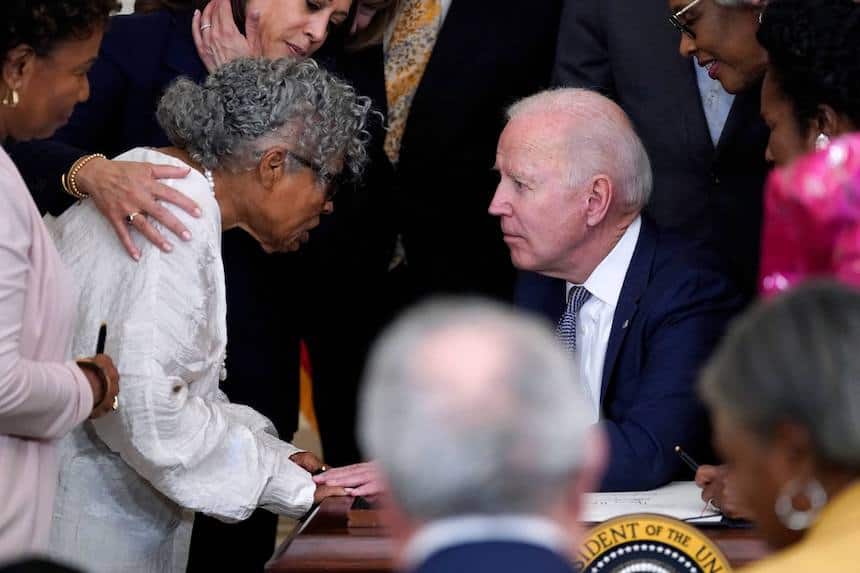 Biden speaks with Opal Lee, who dedicated her life to activism after her home in Fort Worth, Texas, was burned down by a mob of white supremacists. (Image credit: Evan Vucci/The Associated Press)

At the age of 89, she walked from her home in Fort Worth to Washington, D.C., in an effort to make Juneteenth a federal holiday.

Many states already observe Juneteenth, including Texas, which was first to make Juneteenth a holiday in 1980.

The move to make Juneteenth a federal holiday is mostly symbolic, but also has perks for U.S. federal employees and some students. 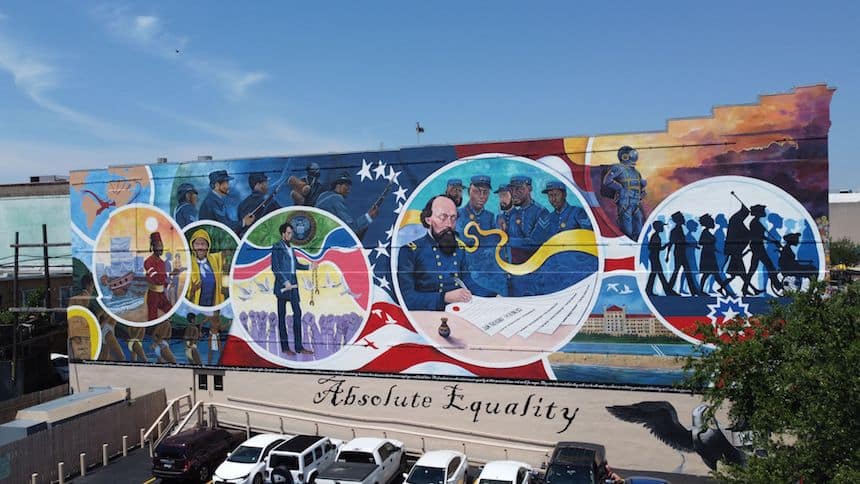 State and city government offices are closed Friday (since the 19th falls on a weekend) in honour of Juneteenth. District of Columbia public schools will also be closed Friday.

Although activists say the holiday is a positive step, they add there are big issues affecting people of colour that need to be addressed sooner rather than later.

For example, a number of Republican-led states have enacted or are considering legislation to change voting laws that activists argue would surpress turnout, particularly among people of colour.

Some activists are using social media to highlight that in creating the holiday, steps are being skipped that would better help Black people in America. 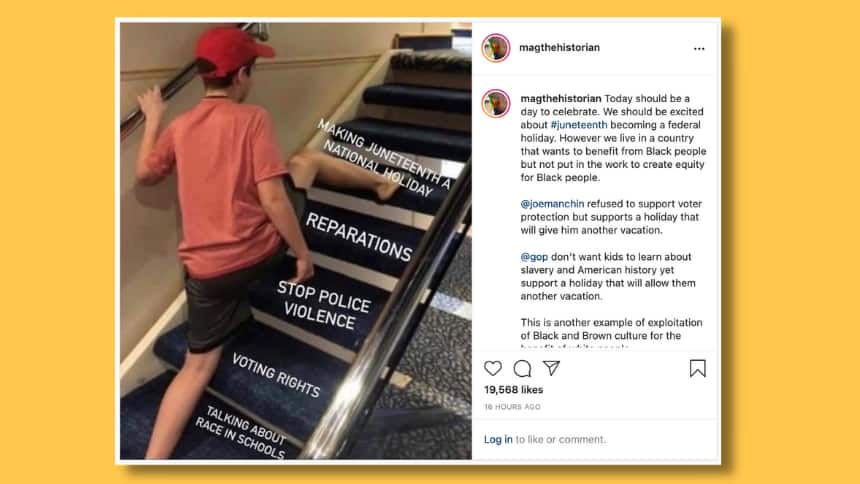 They also say that legislation to address police reform, demanded after the killing of George Floyd, has still not been passed and needs to be prioritized.

Other people want the federal government to make reparations or financial payments to the descendants of slaves to compensate them for what happened.

Biden agreed that more needs to be done and singled out voting rights as a priority.

To learn more about Juneteenth, read this article from 2020. 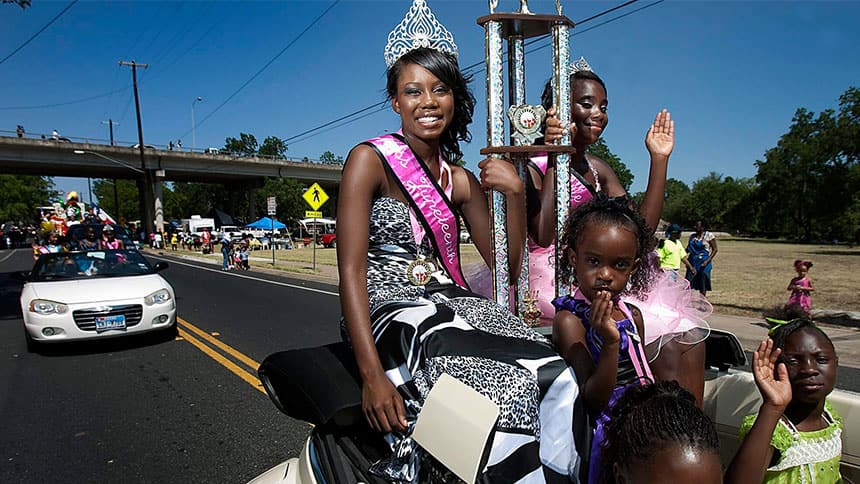