Meet the guy who won the Polaris Music Prize

One of the biggest awards in Canadian music was handed out on Monday night.

He beat nine other finalists.

The Polaris is awarded every year and the winner is selected based only on artistic merit, not popularity.

Past winners include Arcade Fire and Buffy Sainte-Marie.

“This is the greatest moment of my life,” said Dutcher during his acceptance speech. 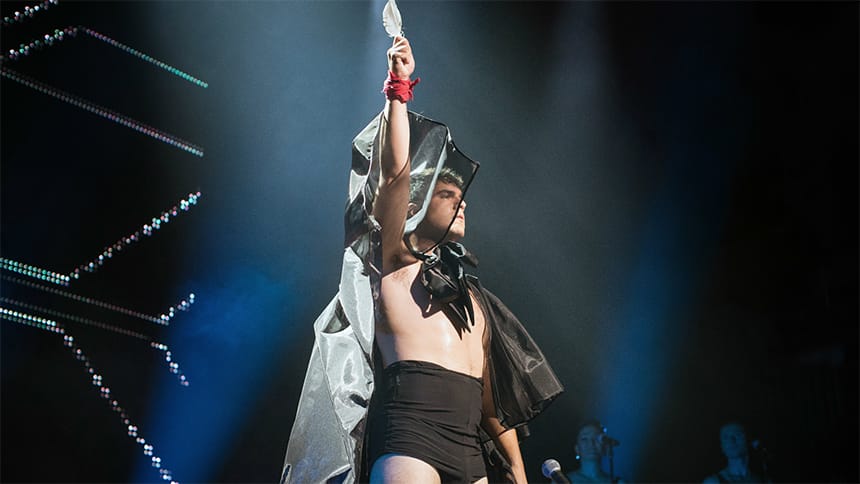 Jeremy Dutcher salutes the crowd following his performance at the Polaris Music Prize gala in Toronto on Monday. (CBC)

Who is Jeremy Dutcher?

He is a Wolastoq member of the Tobique First Nation in New Brunswick, and his album is performed in the Wolastoq language.

The music includes archive recordings of his ancestors that are about 100 years old.

Dutcher, who is a trained opera singer, found the recordings while he was studying at Dalhousie University in Halifax, and composed the music to go along with it.

The result is a unique creation, mixing Dutcher’s own music interpretations and his operatic training.

Dutcher hopes that by singing in his mother tongue, it will help preserve his First Nation's language.

He says only about 100 people speak it fluently today.