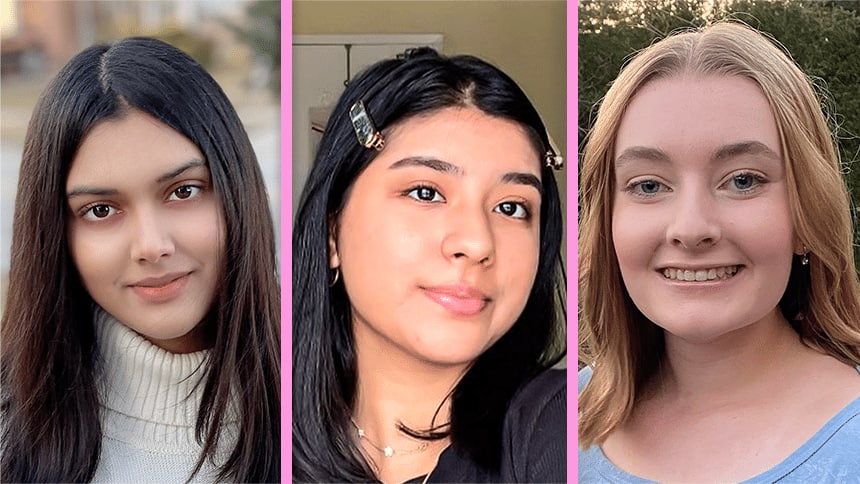 From left, Alisha Arora, Alisha Aslam and Abby Graham are all taking on the problem of bullying in different ways. For Pink Shirt Day, they shared what changes they’d like to see when it comes to bullying.

What change do you want to see? Tell us below

Break out your best pink shirt, because it’s that time of year again.

It started in 2007, after a group of students in Nova Scotia witnessed a classmate being bullied for wearing a pink shirt on their first day of school.

In response, those students bought a bunch of pink shirts and started handing them out at school to show support for their classmate and take a stand against bullying.

Now, students are encouraged to wear pink shirts at school to show they’re against bullying and to raise funds for anti-bullying resources.

This year’s theme is Lift Each Other Up, which is centred around the ideas of diversity, inclusion and acceptance.

CBC Kids News spoke to three students who have been working to combat bullying and hate.

We asked what changes they’d like to see to help stop bullying in their communities and around the world. 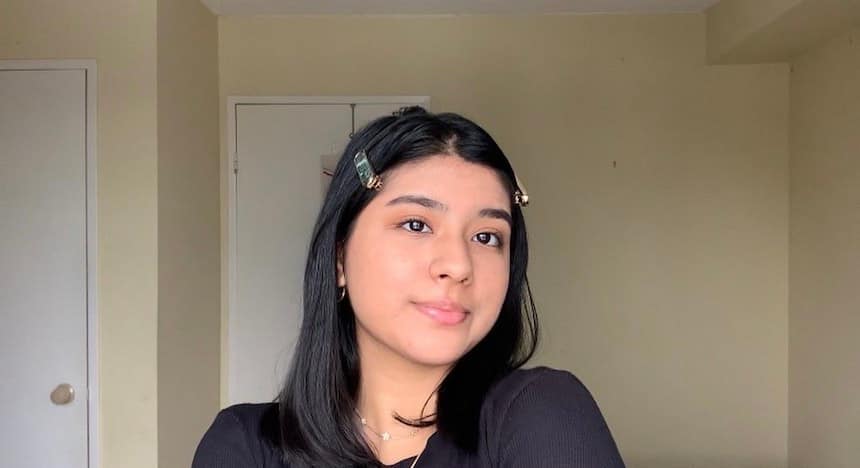 Alisha Aslam, 16, has made it her mission to educate others on Islamophobia and encourage others to take action. (Image submitted by Alisha Aslam)

How Alisha is fighting bullying and hate

In the wake of the London, Ontario, attacks last year in which a Muslim family was killed while out for a walk, Alisha Aslam wanted to do more to combat the Islamophobia she was seeing in the world around her.

Islamophobia is a term used to describe the dislike of or discrimination toward Islam and people who practise Islam (Muslims).

Alisha created a website where she called on others to take action against Islamophobia and started a petition to call on Canada’s leaders to start conversations about how to tackle Islamophobia.

Along with her calls for change, Alisha has encouraged her classmates to speak out against Islamophobia and has created school resources on anti-Muslim hate to educate others.

In the fall, Alisha took her message to speaker conferences like CreativeMornings Toronto and TEDx where she gave presentations on the importance of standing up to hate.

The change Alisha wants to see

"Everyone could, anyone could, and everyone should pitch in. For people like me, this is a call to continue being consistent, and to others, it’s a call to start. We may have our own challenges, but no one is impaired from making a difference. Consistency is key, so your advocacy shouldn’t go down with your Instagram story. I know it’s scary, but don’t let your fears control your mind. Let your mind control your fears. Your mind knows we can create positive change, because in a world where we can pretty much say anything, say we’re all equal and deserve to feel safe." 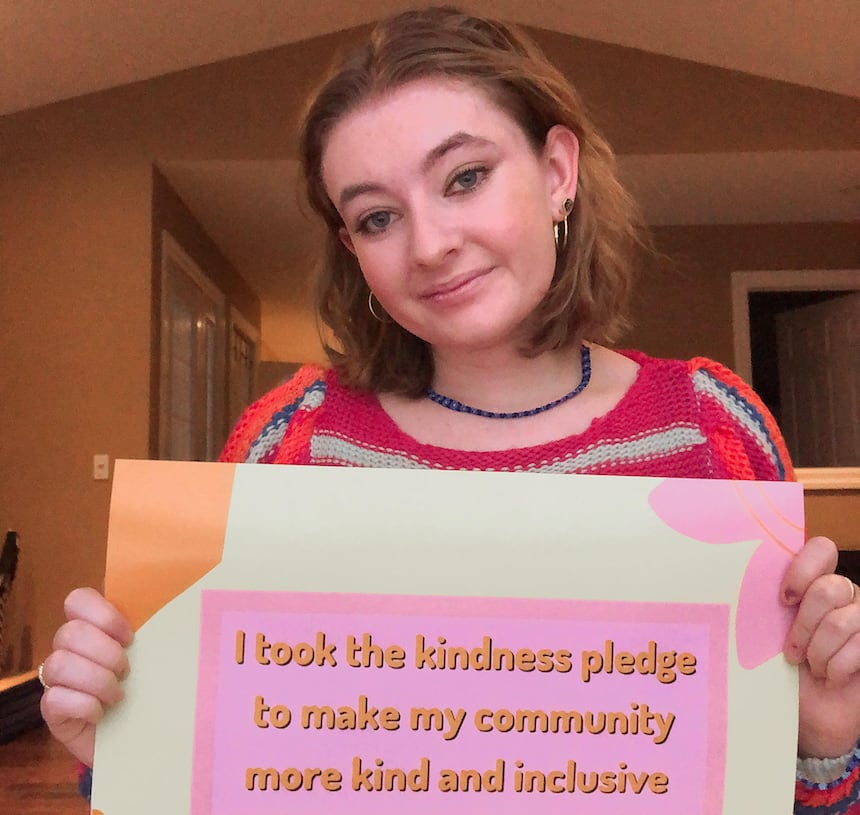 How Abby is tackling bullying and hate

After a series of bullying incidents happened at her school at the beginning of this school year, Abby Graham wanted to bring back kindness to her classrooms.

Abby decided to get people in her community to sign a kindness pledge, which she launched on Jan. 19.

“I wanted to create something that would reach our outside community and could create a positive initiative that would bring people together and kind of pledge to make our community a more kind and inclusive environment for everyone,” she told CBC Kids News.

The pledge involves a package of materials that teaches signees about the reasons people bully and requires them to commit to action.

Since launching the pledge, Abby has seen huge support in her community: more than 250 individuals, 25 businesses and 10 groups, including classrooms, have already signed up.

Abby said she hopes to continue to connect with those who’ve taken the pledge to find out how they’re following through on their commitments.

Her work has also motivated her school board to address issues like transphobia and violence in schools, including offering workshops for teachers.

The change Abby wants to see

"I would like to see people stop letting our differences divide us. Every single person on Earth is different, and we need to celebrate that! Instead of letting our differences be the driving force of hate, we need to judge people for how they treat others, but also remember that kindness is free and takes little to no effort. We need to learn how an inclusive world is a better world." 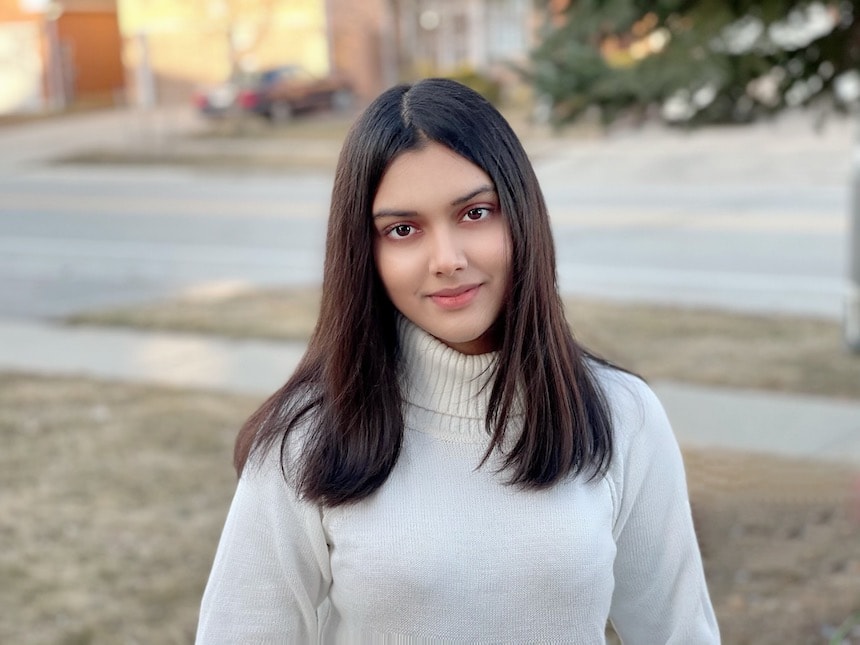 Alisha Arora, 15, is a UNICEF youth ambassador for mental health and technology. She is using tech to try to help those who are struggling. (Image submitted by Alisha Arora)

How Alisha is fighting bullying and hate

After seeing people in her own life suffer greatly from mental illness, Alisha Arora wanted to do something to help.

Specifically, she wondered if she could affect change on social media where she was seeing the negative impacts of cyberbullying.

Alisha, who is tech-minded, had the idea in late 2020 to design an artificial intelligence (AI) algorithm that could detect when social media users sent messages that suggest they may want to hurt themselves.

Her idea was that the algorithm could alert moderators to intervene in cases where people are in serious need.

Over the last year, she began taking online classes to learn how to code artificial intelligence through the AI Lab at the Massachusetts Institute of Technology.

Once she had a prototype, she reached out to Microsoft’s AI and Sustainability team. They have been helping her take her design to the next level.

Alisha is still working on the algorithm, but said she hopes it will be ready to  launch in the near future.

The change Alisha wants to see

"I believe that we need to create better communities and spaces of positivity on social media. Cyberbullying can often stem from the need to fit in and the feeling of not being accepted. Youth need to be taught how to be better allies online. By breaking the highlight reel and presenting authentic versions of ourselves online, we can foster inclusive spaces for everyone. If we can make the digital world a positive place for everyone and a place where everyone feels accepted, then there would be no need to spread hate."

Have more questions? ﻿Want to tell us how we're doing? Use the “send us feedback” link below.

With files from Hala Ghonaim/CBC 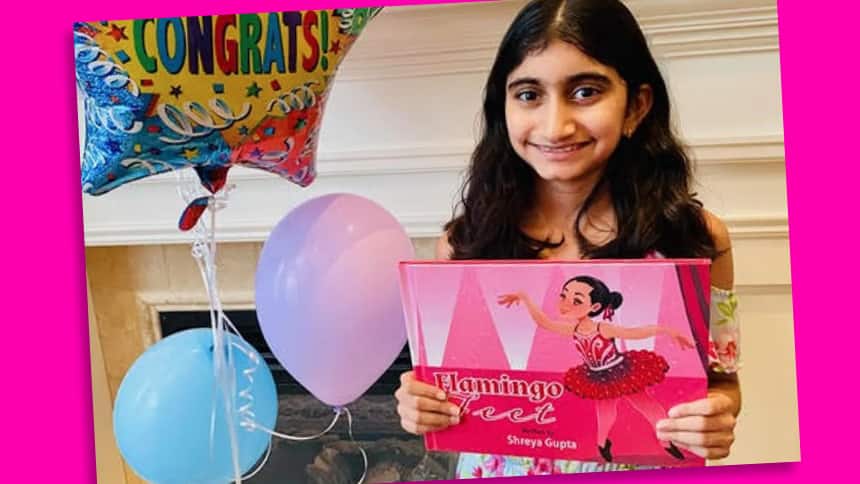 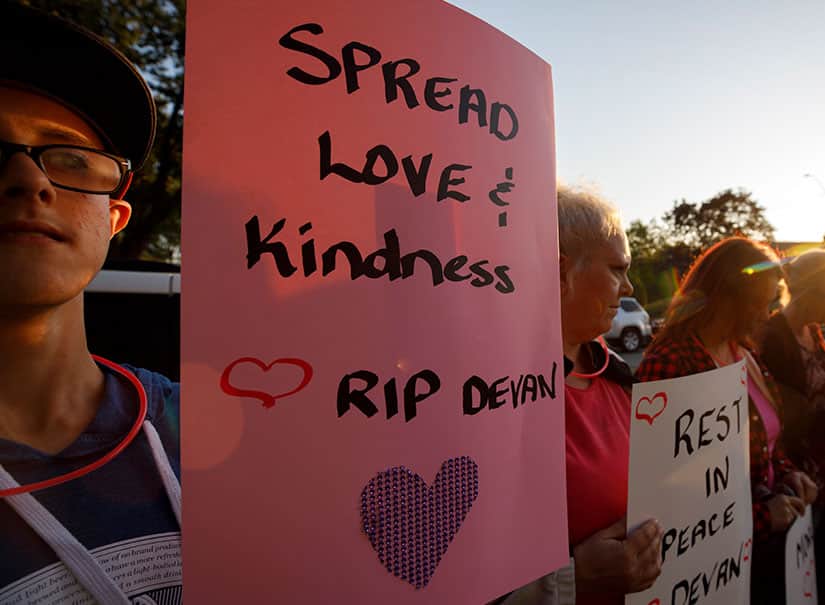