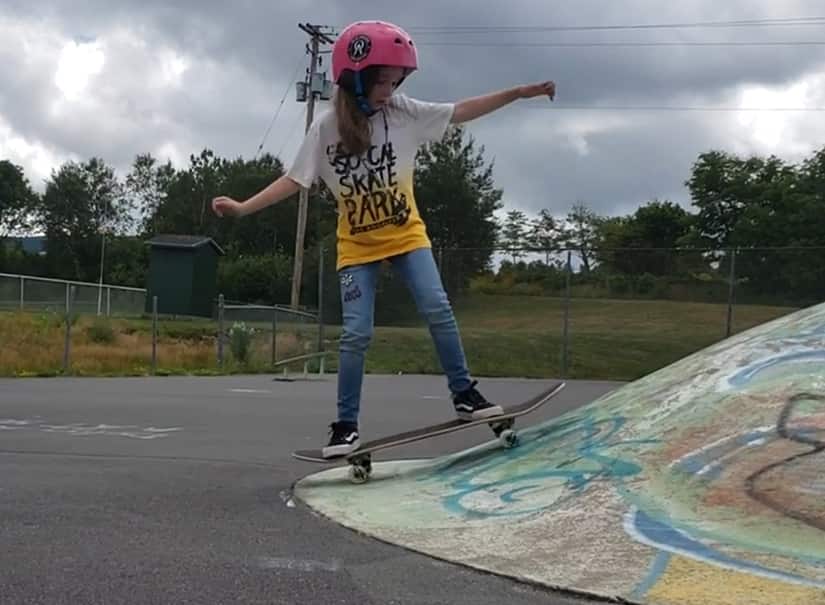 Nine-year-old Teegan Malcolm is a member of the Shred Sirens. Sirens are female figures from Greek mythology. (Submitted by Heather Malcolm)

Standing at the top of a skateboarding ramp, preparing to roll down the side for the first time, is intimidating enough.

But it can be even more so when you’re the only girl at the skate park.

An all-girls skateboarding group in Cape Breton, N.S., is changing that, by encouraging more women and girls to get on board.

"it gives me confidence to skate around boys” - Teegan Malcom, 9

The Shred Sirens have been meeting every Sunday night for a year.

Nine-year-old Teegan Malcolm has been attending the group for the past few months, but she started skateboarding three or four years ago.

“I saw other people skateboarding and just wanted to try it out, and got really good at it and started liking it even more.” 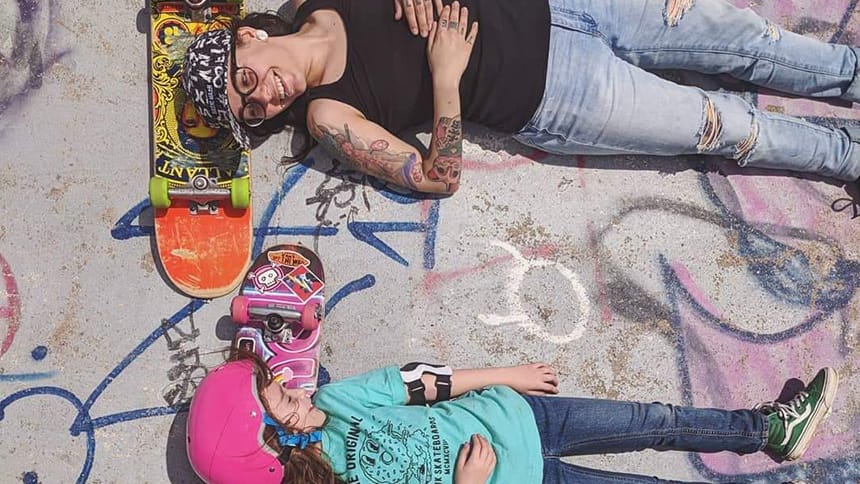 Heather Malcolm has been attending the weekly Shred Sirens events almost from the beginning, and her daughter Teegan joined a few months ago. (Submitted by Heather Malcolm)

Teegan first learned to skateboard through a learn-to-skate program, and joined the Shred Sirens because of her mother, Heather Malcolm, who has been part of the group almost from the beginning.

It was Teegan’s example that inspired Heather to start skateboarding in the first place.

“When I was her age, I really wanted to skateboard, but because it's so male-dominated, I was too nervous,” Heather said. “But seeing her go into it with absolutely no fear kind of inspired me to do the same.” 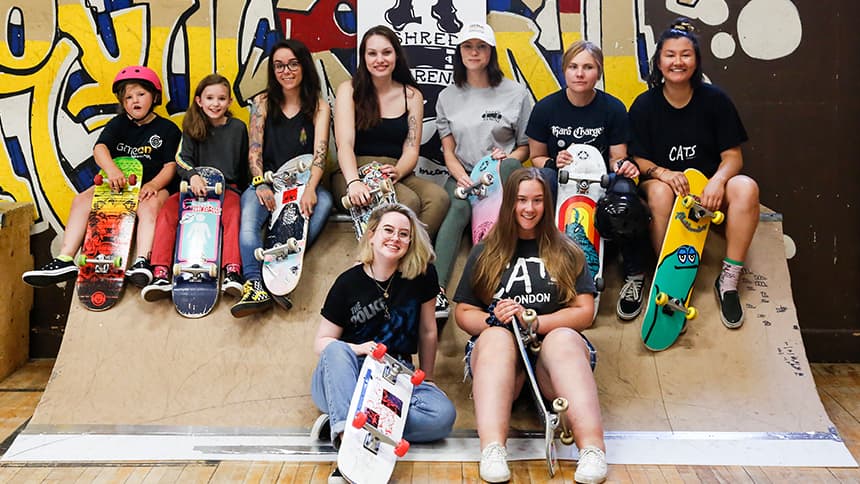 The Shred Sirens meet weekly to practise, share skateboarding tips and encourage one another. (Brittany Wentzell/CBC)

Shred Sirens co-founder Jill Ellsworth said while skateboarding in Cape Breton is still male-dominated, interest in the group is growing.

They now have more than a dozen girls and women showing up every week.

“Being able to see these girls who have never skated before just come and try something new and then end up falling in love with it has been such an amazing feeling,” said Ellsworth. 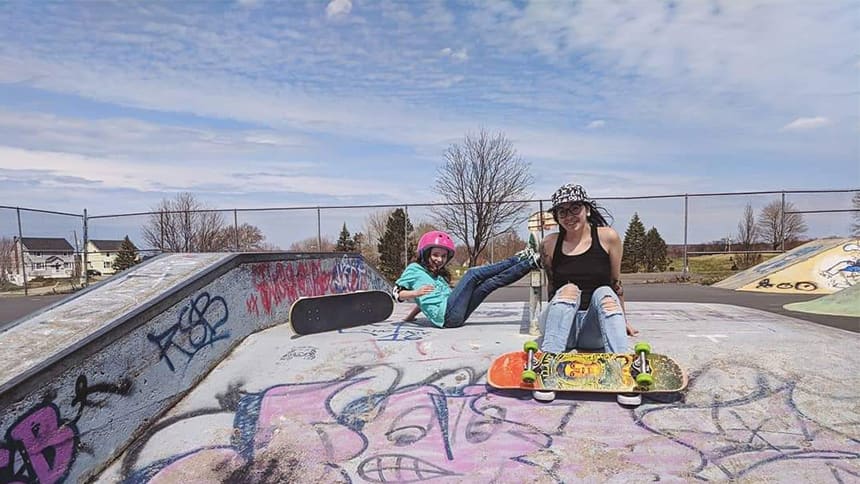 Heather Malcolm said thanks to the Shred Sirens, she now has the confidence to hit the skatepark with Teegan. (Submitted by Heather Malcolm)

Heather said the Shred Sirens are like family, and provide a judgment-free space to practise and ask for advice.

For Teegan, the group has provided support as she works towards tricks like a pop shove-it and a primo.

“I like about it that everybody is nice and it also gives me confidence to skate around boys,” she said.

That confidence extends beyond the community centre where the Shred Sirens meet weekly to the skate park itself. 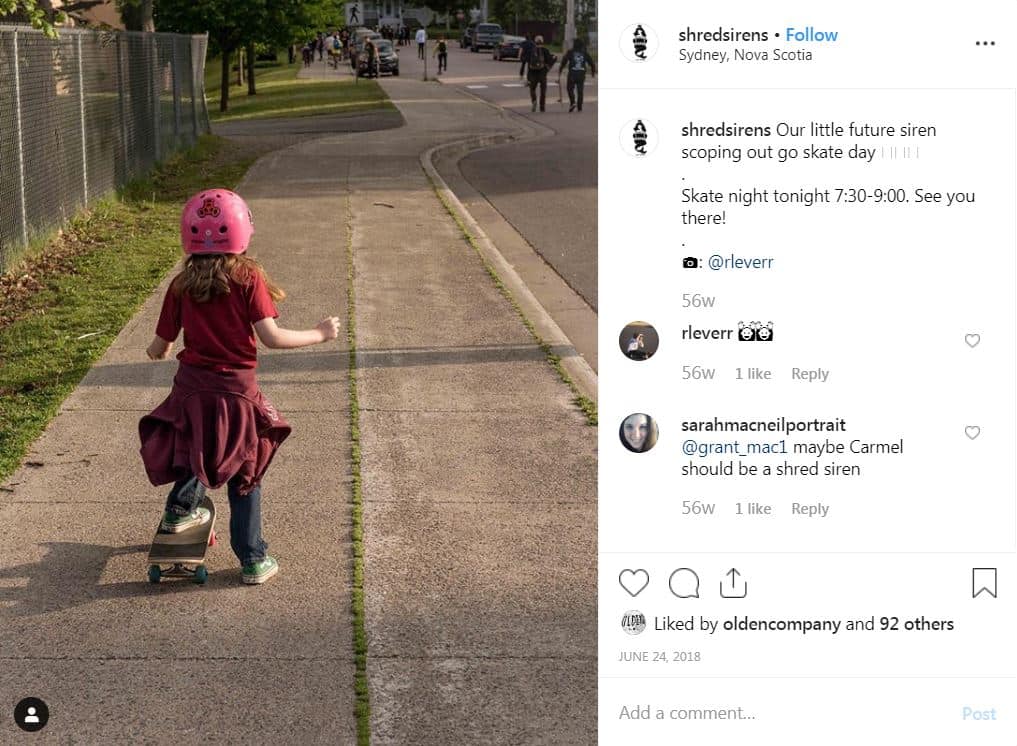 Heather said the first time she and Teegan went to the skatepark, it was terrifying.

But the more they’ve gone, the less scary it has become.

And, as it turned out, the male skateboarders there have been supportive.

Teegan has also tested her skateboarding chops in competition.

In August 2018, she entered the 10th annual Dan T Memorial Sk8 Competition in Cape Breton — the first girl to do so in the competition’s history. 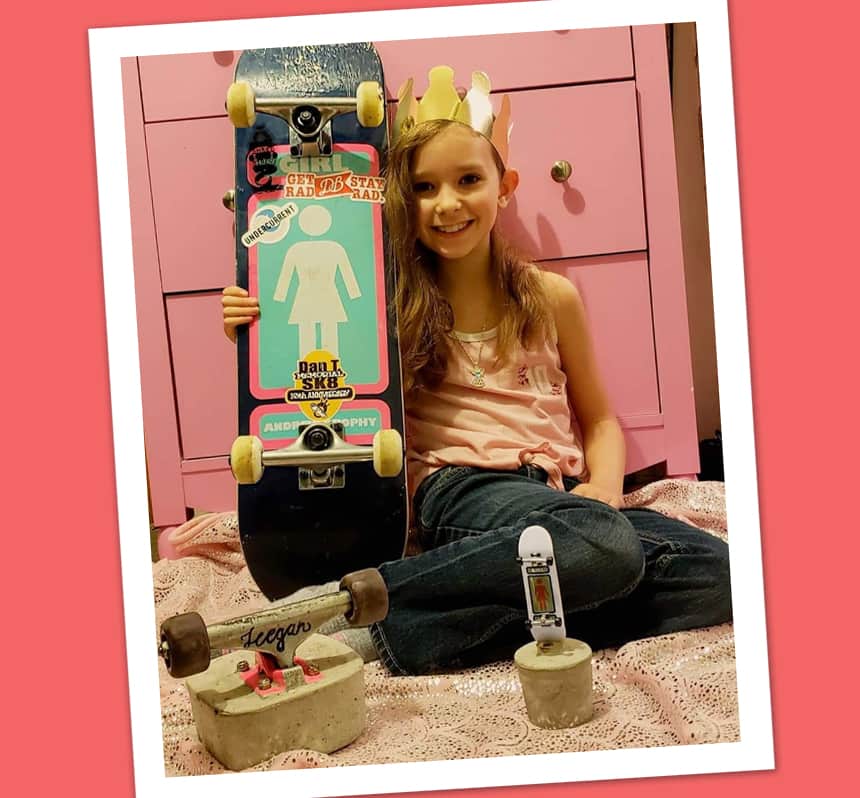 Teegan with trophies made by her instructor from the Learn to Skate program to celebrate her entering the Dan T Memorial Sk8 Competition. (Submitted by Heather Malcolm)

For any girls or women looking to try skateboarding out for themselves, Heather said she would offer the same advice Teegan gave her when she started.

“You're not going to be good right away, and it's okay to fall down. As long as you give it your best and have fun, that's what matters.” 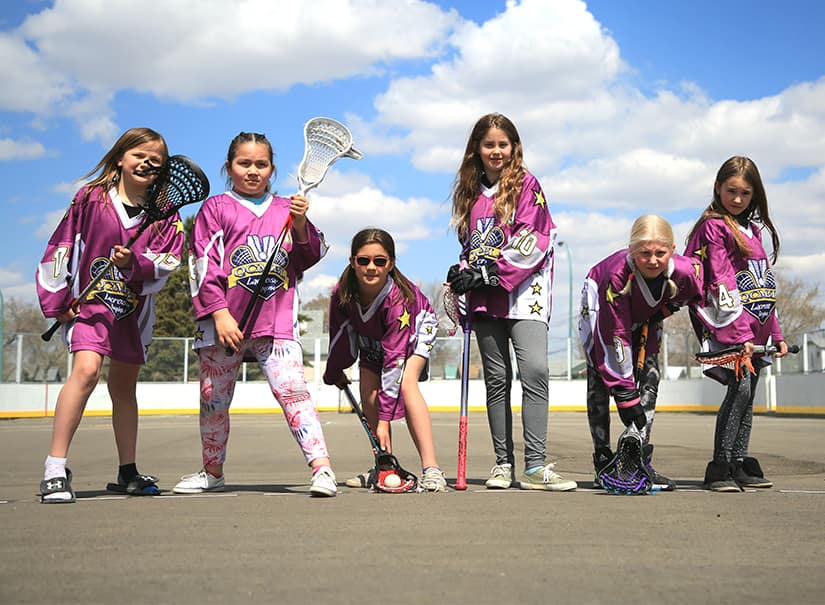 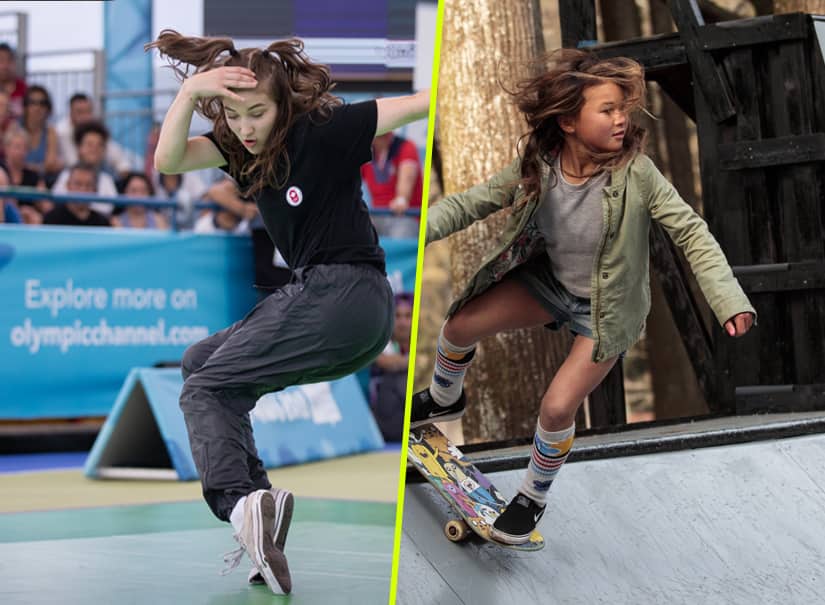