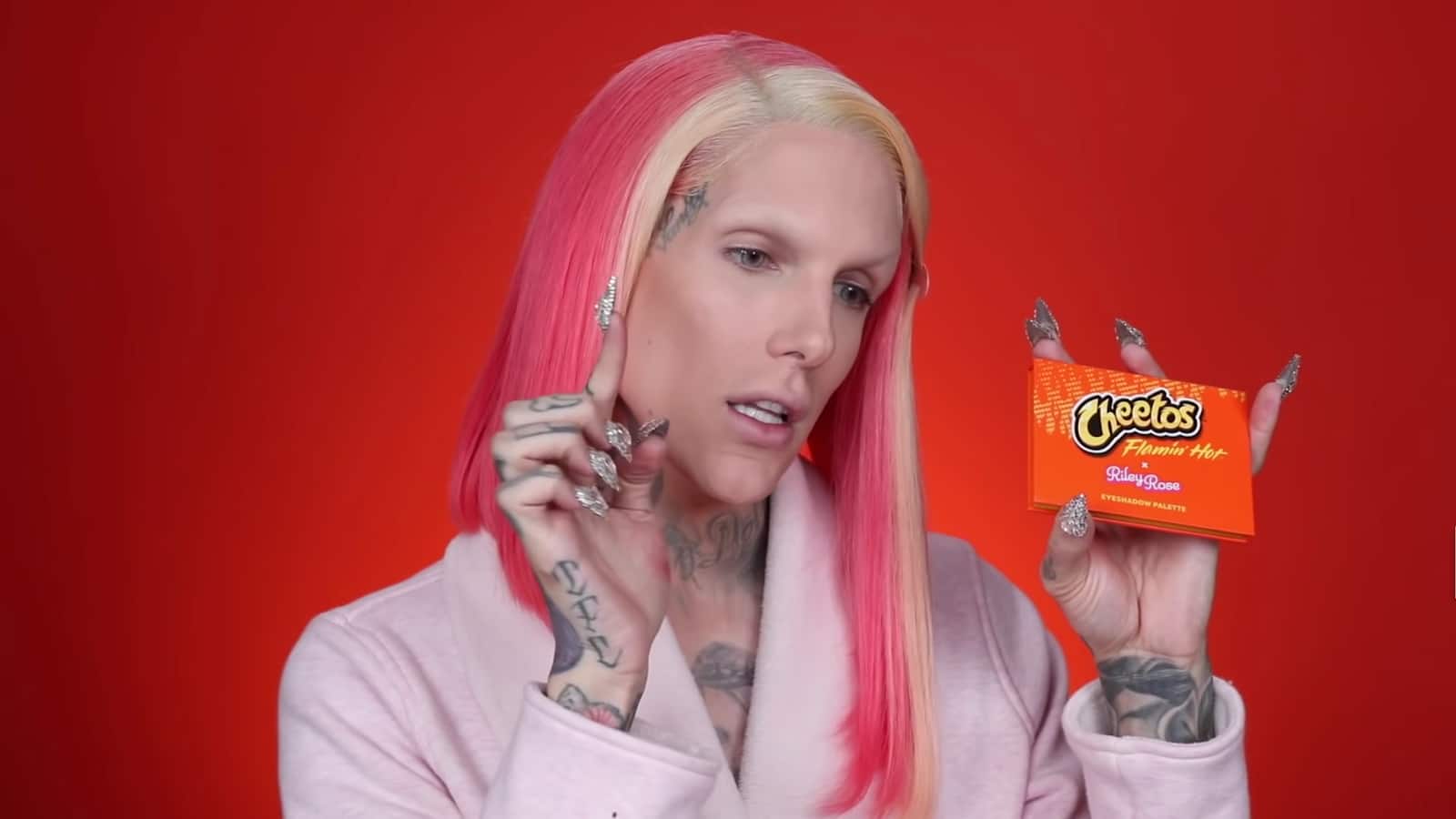 In today’s makeup world, is the new Cheetos palette even that weird?

Love the feeling of Cheeto dust on your fingertips?

Well now you can have it on your eyelids, too.

YouTubers like Jeffree Star and Mayra Isabel were quick to grab their brushes, dip into some orange and review the palette’s six cheesy shades. 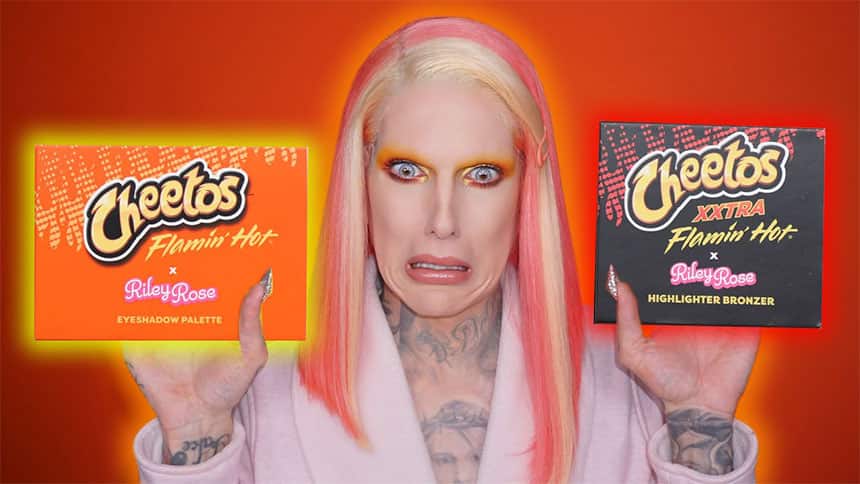 In his review, Star said he wished 'it smelled like the food' and ultimately did not approve of the makeup. (Jeffree Star/YouTube)

But in 2019, is a Cheetos makeup palette all that strange?

Lettuce dive into the world of palettes

In recent years, makeup companies like Glamlite have gotten creative with their palettes, using foods like burgers and tacos as inspiration. 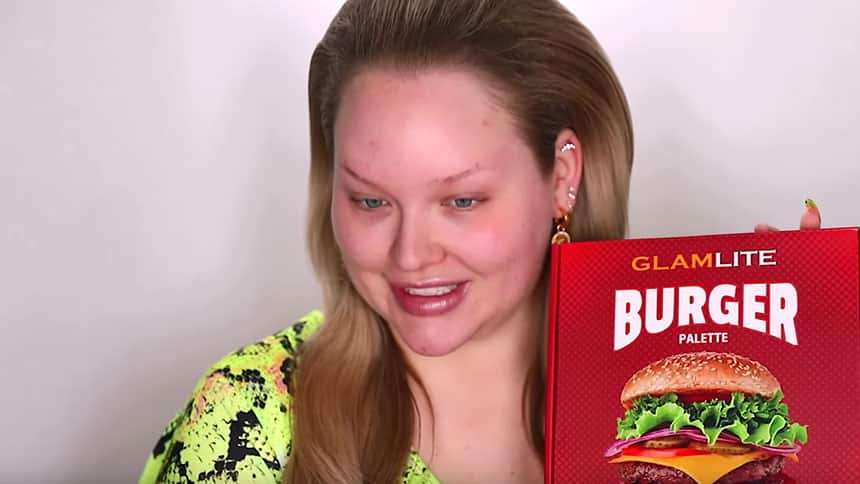 Popular YouTuber and makeup artist NikkieTutorials reviewed the Glamlite Burger palette earlier this year, and stressed the ‘do not eat’ warning label before jumping into the review. (NikkieTutorials/Youtube)

And then there’s the pizza palette which — you guessed it — comes in a full delivery-style pizza box. And it’s not just food. Even TV shows like Game of Thrones have moved their way into the makeup kingdom. 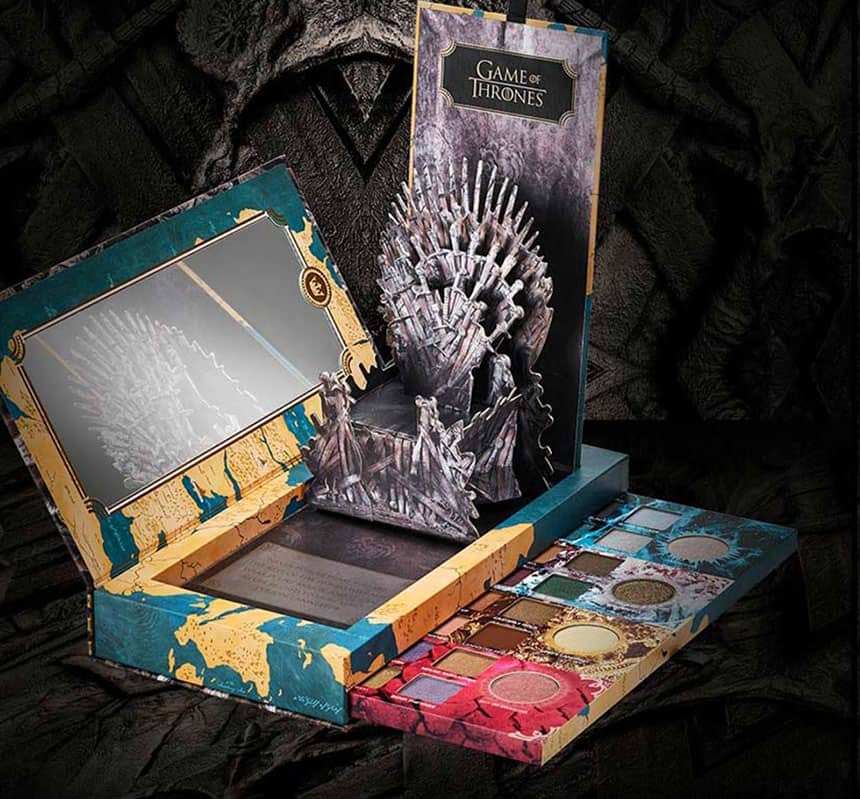 The popularity of palettes isn’t new, but the presence of companies like HBO and Cheetos in the makeup world seems to speak to a larger phenomenon.

Why does it seem like everyone and their dog is releasing a palette?

Canadian beauty vlogger and makeup artist Jaime Paige said a big reason is that they lend themselves well to storytelling by giving brands a lot of room to be creative.

“You can play with the colour scheme and the colour story as well as the layout, and the graphics that go in the palette,” she said." It just creates a whole experience.” 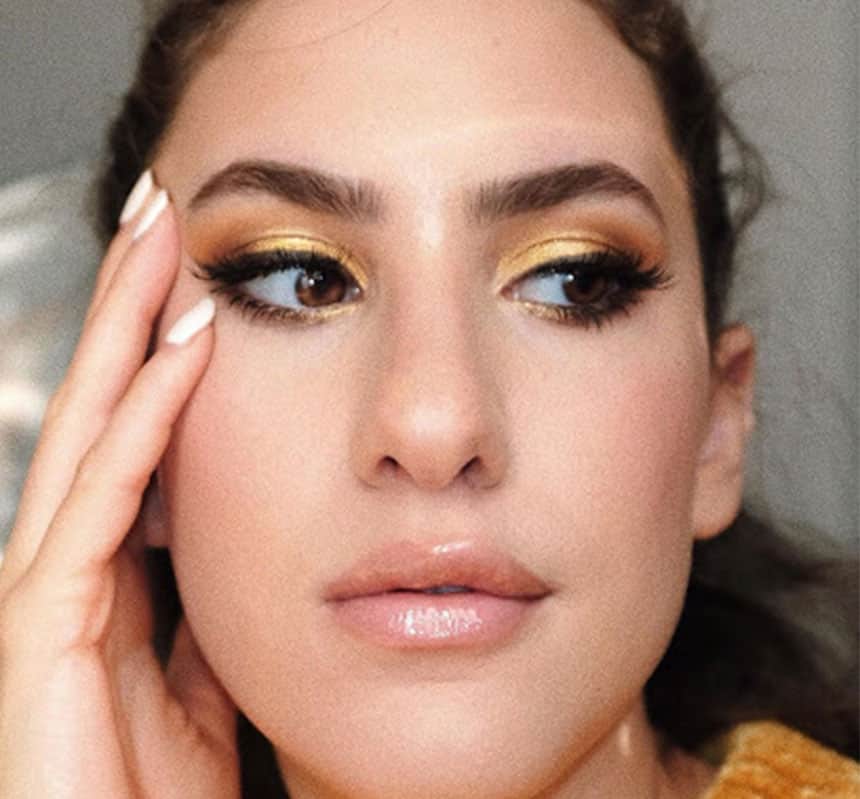 Jamie Paige has been making YouTube videos since 2013. On her channel, she posts makeup reviews and tutorials. (JamiePaigeBeauty/Instagram)

Paige said that the boom in branded palettes is “not so much about love for makeup. It's more about marketing.”

Marketing is the way companies promote their products in order to sell more of them.

“I think that's why you are hearing so much more about palettes and why companies are kind of jumping on the makeup bandwagon. Because they know that it's popular, it sells and it's what is really in right now,” said Paige.

And do they ever sell well

This is despite Dawson having very little experience in the makeup industry. 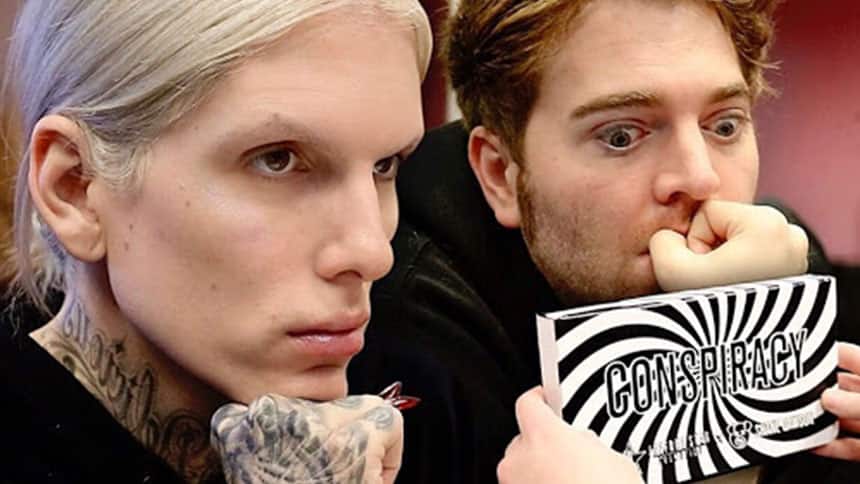 Shane Dawson and Jeffree Star released a series on YouTube exploring what it takes, behind the scenes, to make a palette. (Shane Dawson/YouTube)

Are palettes just about the hype?

Nermeen Choudrhy, a 14-year-old from Brampton, Ont., said palettes are often “hyped up” before their release to entice young people to buy them.

She added that for some teenagers, buying a palette isn’t just about the makeup. It’s part of buying into an image. 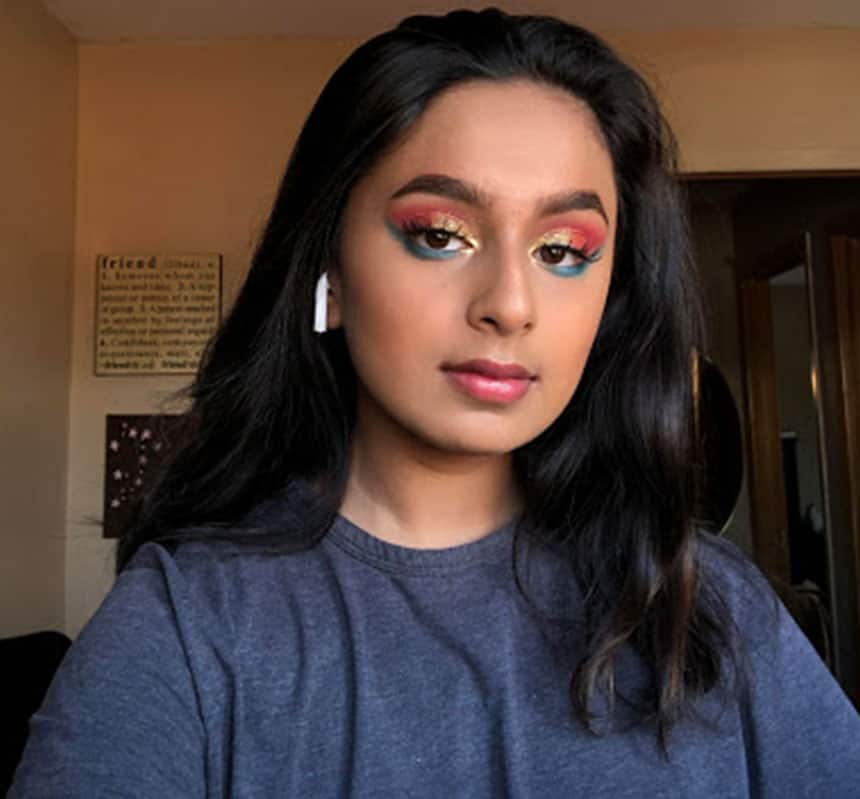 “I feel like a lot of people get the palette as more of a collector’s item, even if they’re not going to use it. I think it is just to support the creators that they like a lot,” Choudrhy said.

But that doesn’t mean palettes are just about clever marketing.

For young, aspiring makeup artists, palettes represent a “gateway” into makeup as an art form.

“Makeup is an outlet for young creatives and older people to get in touch with art, but instead of on a canvas, it is on their face,” said Nermeen. 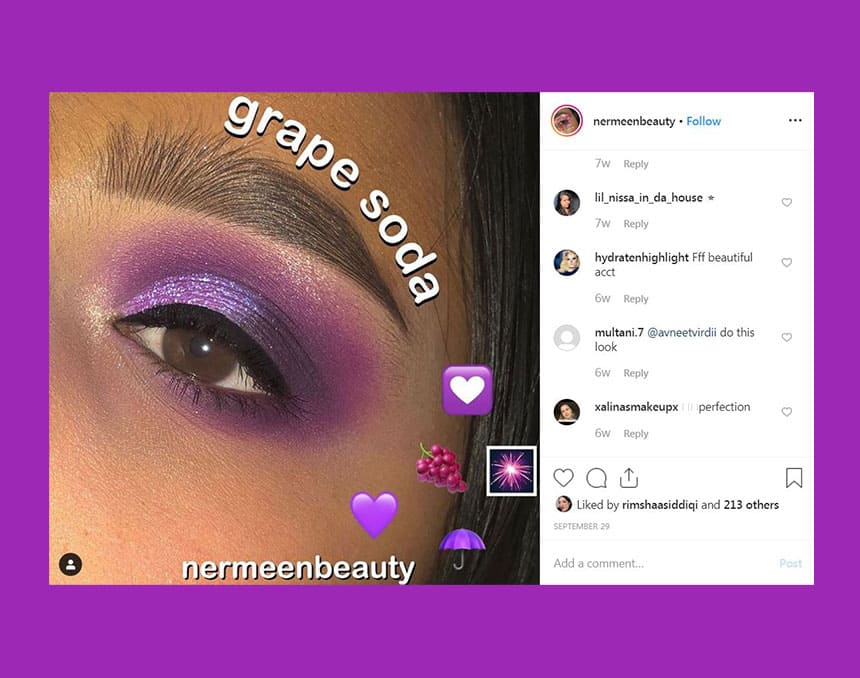 Nermeen remembers buying her first, simple eyeshadow palette when she was six or seven. She now creates makeup looks as a hobby. (nermeenbeauty/Instagram)

At the end of the day, Nermeen saiad that colourful palettes — like many of the ones these brands are releasing — work better for her.

“I prefer bright colours and palettes that have good matte colours that actually show up on my skin tones, because I’m in the medium-dark range of tones and a lot of palettes don’t show up.” 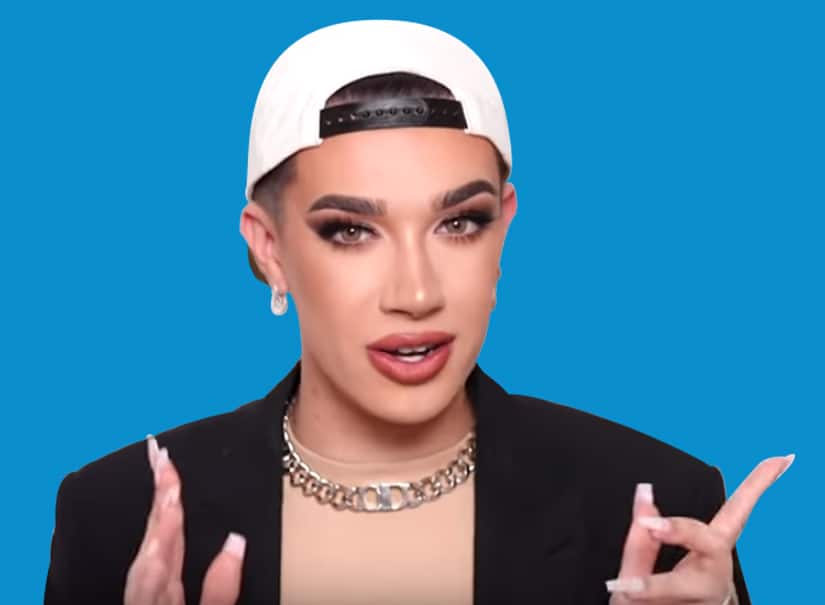