Greta Thunberg looks forward as she heads to a United Nations climate summit in New York. She will be sailing to the event, as opposed to flying. (Kirsty Wigglesworth/The Associated Press)

Some kids in Canada will be watching Greta Thunberg very closely over the next two weeks.

The climate activist has already taken the world by storm through her weekly protests that draw attention to climate change.

The Swedish teen inspired thousands of kids around the world, including in Canada, by encouraging them to strike as well.

“If a 16-year-old can take a sailboat across the Atlantic ... instead of flying ... we can all change parts of our life to reduce our carbon footprint.” - Rebecca Hamilton, 16

Now she’s inspiring them to think differently about travel as she sails across the Atlantic Ocean.

In order to reduce her carbon footprint, she has chosen not to take a plane. 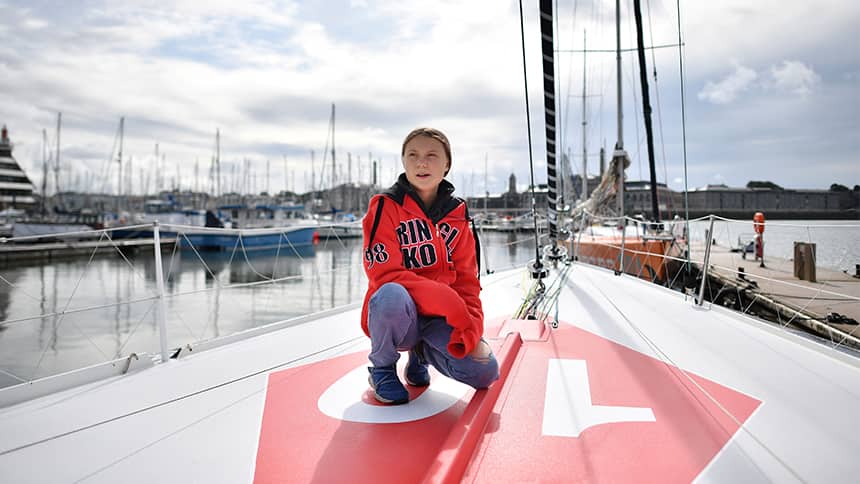 Greta Thunberg, 16, has inspired a generation of youth activists. She is pictured here on the sailboat she will be travelling on. (Ben Stansall/AFP/Getty Images)

“If a 16-year-old can take a sailboat across the Atlantic ... instead of flying ... we can all change parts of our life to reduce our carbon footprint,” she said

Rebecca says Greta is showing leadership by taking a boat such a long distance.

"Most leaders ... would take a private jet any time they need to travel a couple hundred kilometres." 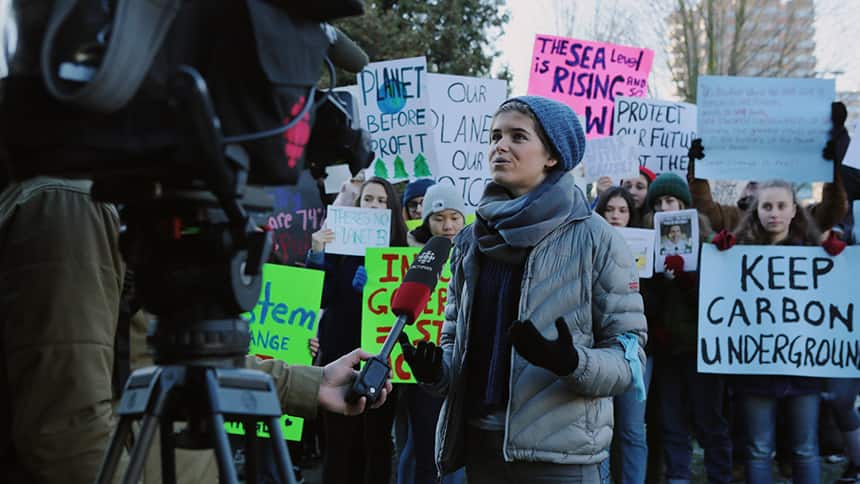 Rebecca Hamilton speaks to CBC Vancouver during a climate strike in December 2018. (Twitter)

She will spend two weeks travelling to a climate summit in New York.

Her trip is 5,337 kilometres across the Atlantic Ocean.

To put that in perspective, Canada is 9,306 kilometres wide.

That’s like taking a boat across more than half of Canada. 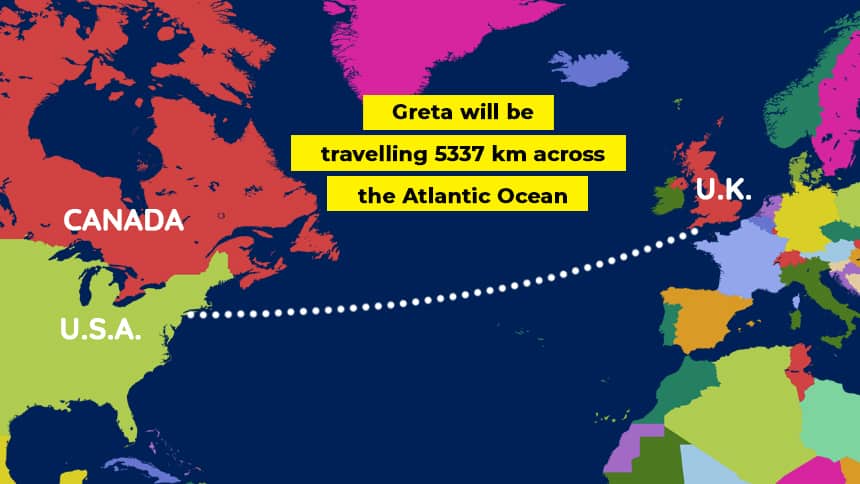 Serafina Bennet, 9, is following Greta’s journey from her home in Toronto.

She thinks Greta is changing the conversation around what young activists are capable of.

“If you're a kid, you can do lots,” she said, pointing to the climate change strikes, which she was part of.

“[The strikes] got so much support and headlines all over the world and so much attention to this important issue. If Greta could do that, then every kid could have done that.”

Serafina thinks adults can learn from Greta as well.

“Adults have more political power. It is easier for them to do something big, so they should be using that ability to protect the future [for themselves] and their kids and grandkids and great-grandkids.” 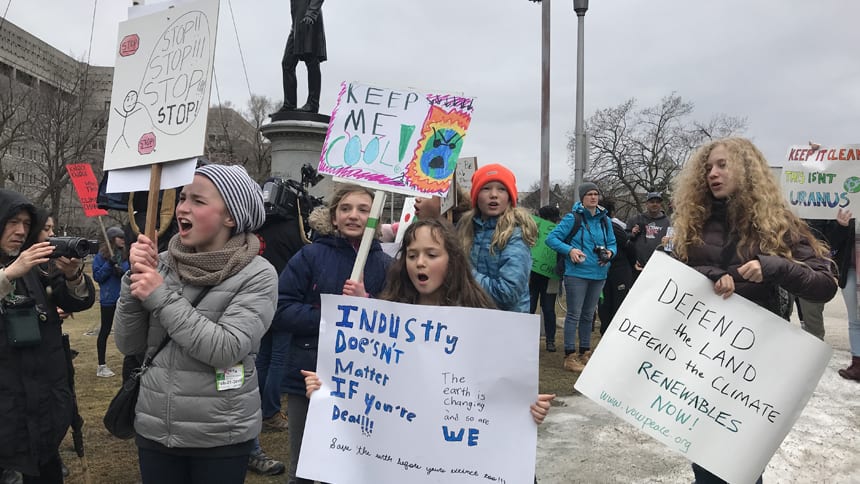 The journey by boat won’t be easy.

In an interview with BBC News, Greta said she fears getting seasick.

And she is giving up some basic necessities that many of us take for granted every day — the boat doesn’t have a toilet or shower or anywhere private for her to do her business! 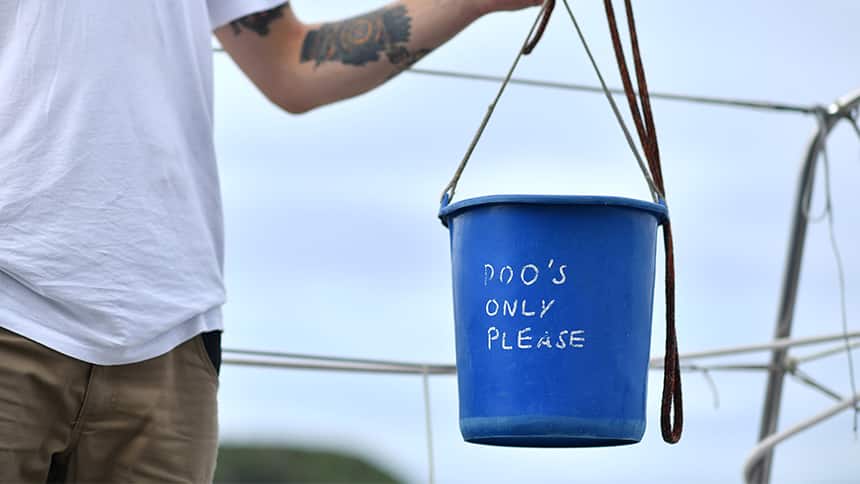 This is the bucket that Greta will use as a toilet over the two-week journey. (Ben Stansall/AFP/Getty Images)

In an interview in The Guardian newspaper in June, Greta talked about the criticism she faces, especially about her age and activism.

“The most common criticism I get is that I’m being manipulated and you shouldn’t use children in political ways, because that is abuse, and I can’t think for myself and so on,” she said.

“And I think that is so annoying! I’m also allowed to have a say — why shouldn’t I be able to form my own opinion and try to change people’s minds?” 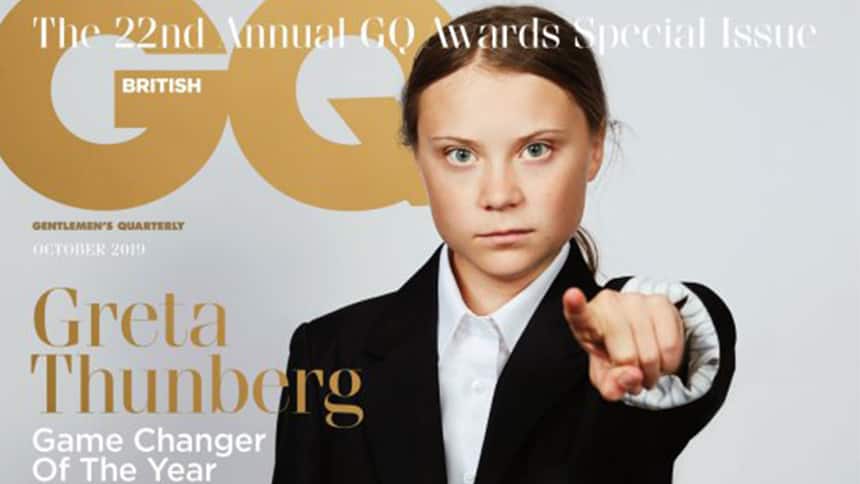 Greta has received a lot of attention and criticism. She recently was awarded the first-ever Game Changer award from GQ magazine and appears on the cover of the October issue. (GQ)

Rebecca says Greta’s youth is part of her strength because she’s highlighting an important issue.

“She reminds decision-makers about how climate policy may be complicated, but the decision to prioritize it is not,” she said.

Aliénor Rougeot, one of the co-ordinators of Fridays For Future Toronto, met Greta in person at the SMILE for Future summit in early August in Lausanne, Switzerland.

If given the chance to meet again, the 20-year-old would ask Greta, “Are you taking care of yourself, too?”

Rougeot is concerned because Greta has “been the subject of hate and so much pressure.” 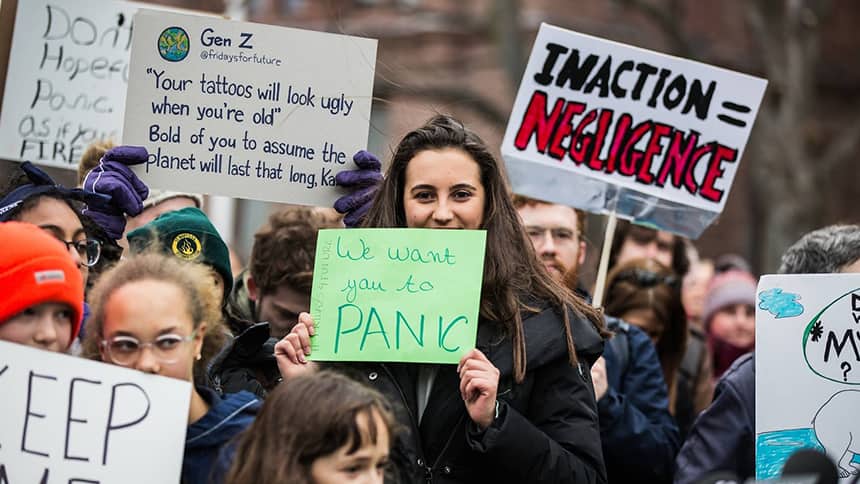 Regardless of what people think, Greta is making waves thanks to this sailboat trip and her tireless efforts.