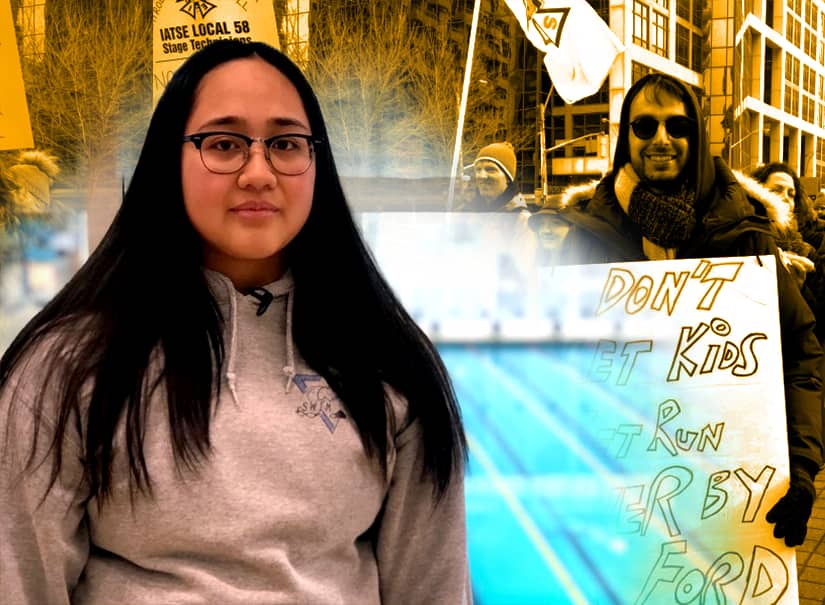 Chiara Alcantara says she was heartbroken after learning that an important swim meet has been cancelled because of an ongoing battle between teachers and the Ontario government. (Submitted by Chiara Alcantara, Kate McGillvary, Alison Cake/CBC)

Others walking the picket lines in support of teachers

For months, 15-year-old Chiara Alcantara has been going to school early and leaving late in an attempt to qualify for a crucial swim meet.

All that hard work went toward the goal of qualifying for the province-wide Ontario meet, one of the biggest in North America.

But Chiara won't be going after all, because of an ongoing dispute between teachers and the province over the teachers' contracts.

Last week, her coach broke the news that the meet had been cancelled.

“Hearing that it would be cancelled was really heartbreaking for our whole team,” Chiara told CBC Kids News. “My immediate reaction was just complete shock.” 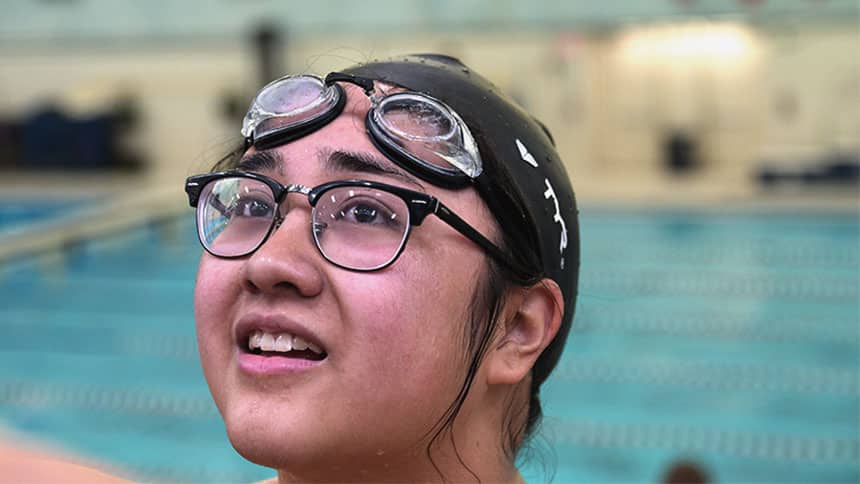 Chiara Alcantara said she and some of her teammates were set to qualify for an upcoming province-wide Ontario Federation of School Athletic Associations (OFSAA) meet as a result of intense training they’ve been doing since October. (Submitted by Chiara Alcantara)

Hundreds of thousands of students affected

Teachers in four unions have been involved in rotating strikes and other job actions over the past month or so, at times hitting picket lines to pressure the government into reversing changes it made to education in Ontario last year, among other demands.

Due to the ongoing strikes, elementary school students stand to lose four days of school in a two-week period.

Students enrolled in public high schools and French schools have also missed several days of school because of walkouts that began in December.

In an effort to force the Ontario government back into negotiations, the union representing elementary teachers cancelled all extracurricular activities as of Feb. 3.

Extracurricular activities in some junior high and high schools have also been affected. 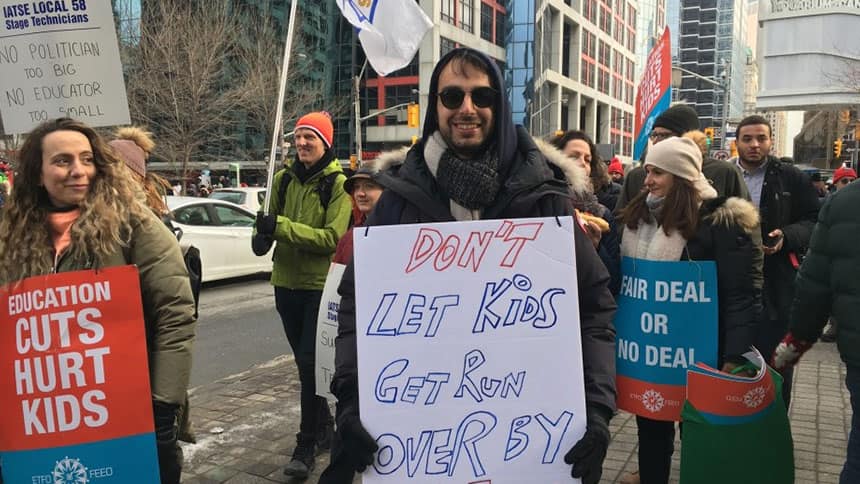 Members of the Elementary Teachers' Federation of Ontario (ETFO) on a picket line during a provincewide one-day strike on Tuesday. (Kate McGillivray/CBC)

Surprised by impact on extracurriculars

But Chiara said she was told by some of her teachers that extracurriculars wouldn’t be affected.

“It’s really disappointing, especially since [teachers] say they are fighting for us,” she said.

Now Chiara and her teammates — who attend St. John Paul II Catholic Secondary School in Scarborough, Ont. — are struggling to cope with the disappointment.

She said she’s not taking sides, she just feels caught in the middle.

“It's not fair that we have to suffer from something that’s out of our control,” Chiara said. 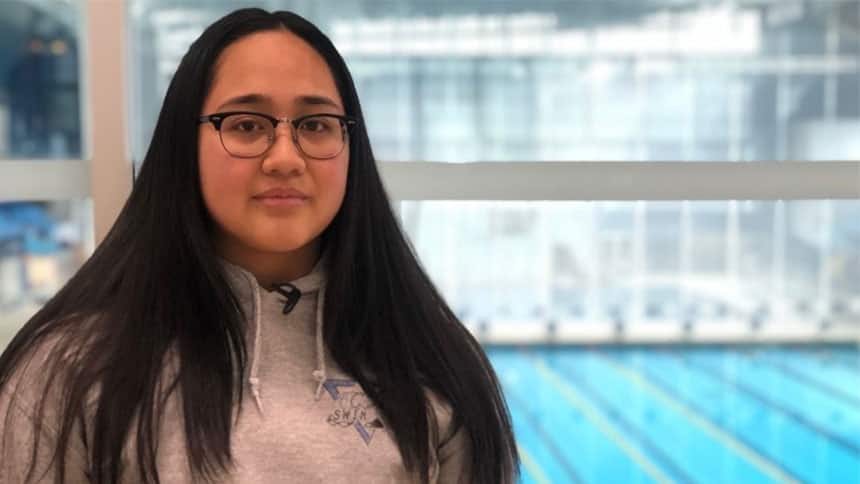 Chiara has been swimming since she was 10 months old. She said she wants to pursue the sport professionally. (Submitted by Chiara Alcantara)

Why are teachers on strike?

The ongoing battle between teachers and Ontario Premier Doug Ford’s government is largely due to cuts and proposals announced during the government’s 2019 provincial budget.

While the government has scaled back some of their proposed cuts, teachers seem to have one clear message: it’s not good enough.

Among the teachers’ demands is an increase in wages and benefits, and a call to reverse a rule that requires principals to choose from the most senior teachers when hiring for permanent positions.

High school teachers are also fighting against increased class sizes and mandatory online courses (both of which they say will cut teaching jobs), while elementary teachers want to reverse cuts made to special education and the arts.

The government says the cuts are necessary because the province is in debt, which means it owes money and it can't afford to pay for everything. Kids protest on Tuesday at Queen’s Park in Toronto, which is where the Ontario Legislature meets. (Michael Wilson/CBC)

Some kids are walking the picket lines

Some kids are supporting the teachers and even joining them on the picket lines.

On Tuesday afternoon, kids and parents protested outside Queen's Park, where the Ontario Legislature meets, chanting: "No more cuts!"

One of the young protesters at the event, Sophia Lopez-Rubio, blames the government for the impact on extracurricular activities, not the teachers.

“At my school, there are clubs. Some clubs are to help people, others are to learn,” she told CBC News.

“Now because of what the government is doing, we can't do these clubs, we have to pause.”

Sophia said she's also worried about the impact of the cuts going forward.

She said she has friends who have special needs and now aren't able to have access to computers they need for school.

“The government is pretty much taking away what they need,” she said. “I think that's wrong ... and the government just doesn't accept it.” 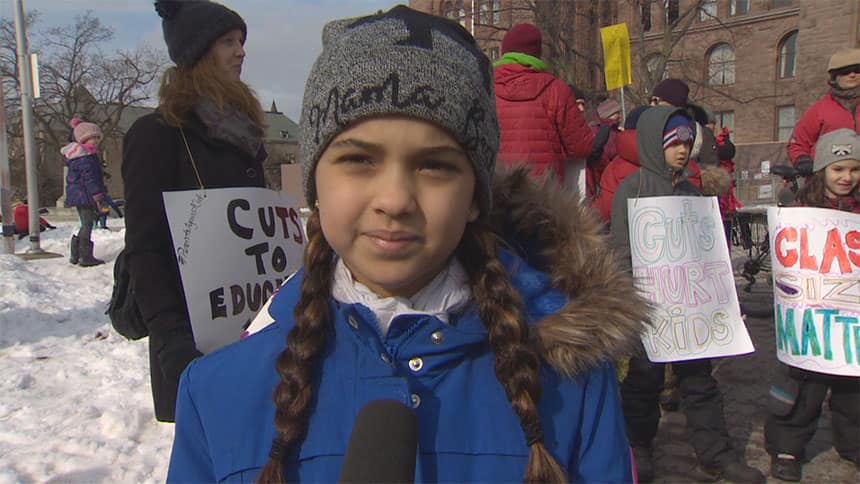 Sophia Lopez-Rubio says the government is to blame for extracurriculars being cut. (Chris Mulligan/CBC)

Adjusting to a new routine

Meanwhile, other students are still getting used to a new routine, as the strike days pile up.

Sam said he’d rather be in school because he now has loads of homework to complete.

When he does go to school, Sam said, his teachers tend to rush through their lessons in order to fit in all their material.

“Lessons are kind of crammed in,” he said.

He’s also worried that students will have to make up for lost time during the summer.

Sam’s parents are music teachers, so he said he hopes budget cuts to the arts will be undone.

“Music affects all your skills like math and reading,” Sam said. “I hope it goes back to normal, like it was last year [before budget cuts].” 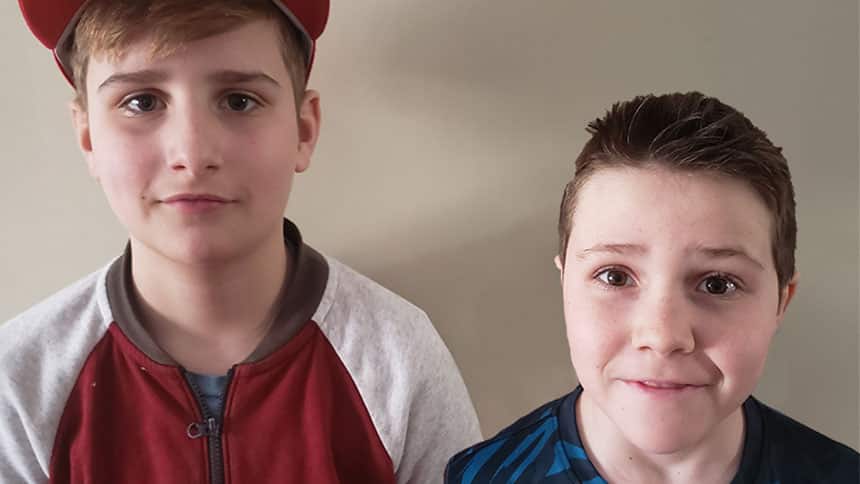 Sam, left, and Ben Estrin both go to school at Norseman Junior Middle School in Toronto. (Submitted by Jules Estrin)

Although he’s been enjoying his time off by sleeping in and playing video games, he said his school life has been hurt.

“This affects the kids a lot too. It’s not just the teachers,” said Ben, who is nine years old.

Since the start of the strikes, Ben said he hasn’t been able to take out more than one library book at a time and his teachers haven’t stayed past 3:15 p.m.

But he added that it’s important that teachers fight for what they want.

“It’s really important. They're fighting for their jobs and education,” Ben said.

Unclear when strikes will end

It’s hard to say how long school will be disrupted — there’s no clear limit on how long teachers can strike.

Negotiations between teachers’ unions and the government remain at a standstill at this point.

The unions have said that more strikes will happen if the government doesn’t accept their offers, but Education Minister Stephen Lecce has said their demands are unreasonable.

The province says their priority is getting kids back into classes.