Humboldt Broncos players salute the crowd after their first game of the season in Humbolt, Sask., on Sept. 12, 2018. (Jonathan Hayward/The Canadian Press)

Team plays their first game to a sold-out crowd

The Humboldt Broncos hockey team kicked off the season with an emotional tribute on home ice last night.

It was the first game since their team bus crashed in a small town in Saskatchewan on April 6.

While on its way to a Junior A playoff hockey game, the bus was hit by a truck.

The players were between 17 and 21 years old.

Thirteen other players were injured, most of them seriously.

The driver of the truck that hit the bus was arrested and could go to jail.

He is awaiting a trial. 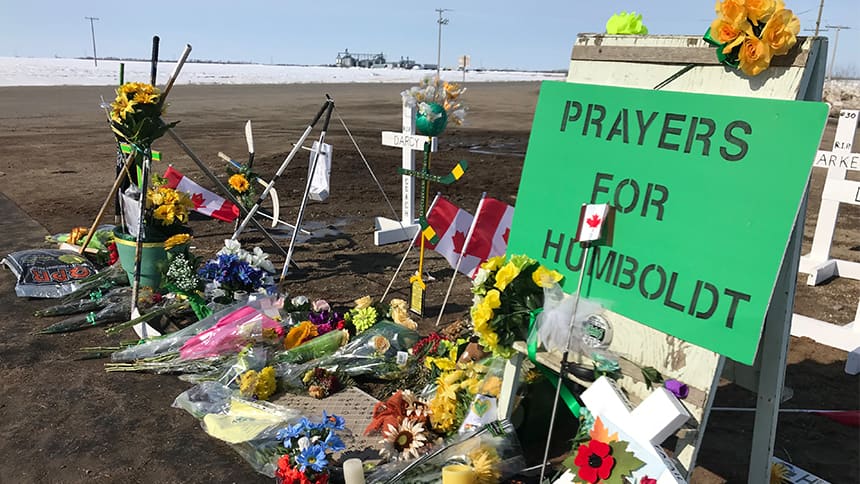 This memorial to the victims was set up at the site of the April 6 crash. (Guy Quenneville/CBC)

This year, the Broncos are mostly made up of new players, as only two survivors of the crash returned to the team.

The two returning players are Brayden Camrud and Derek Patter.

Some team members are too injured to play, while others have moved on to university. 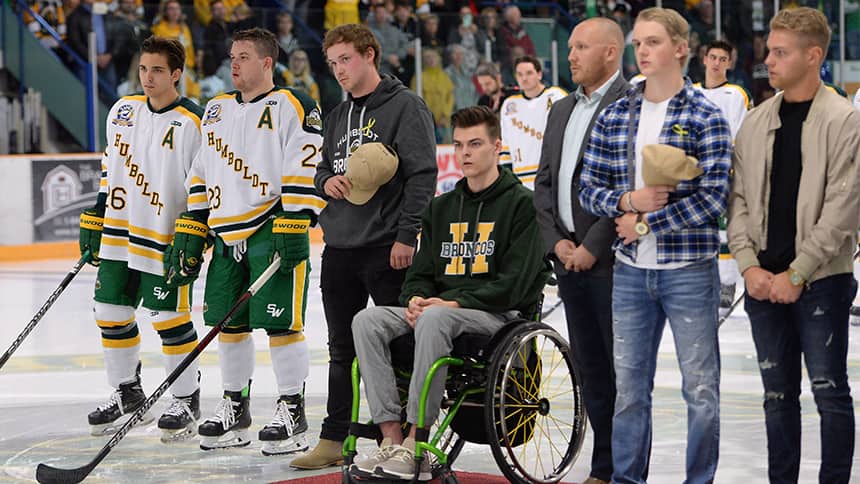 During the playing of the national anthem on Wednesday, returning Broncos players Brayden Camrud (number 26) and Derek Patter (number 23) stood next to a number of former teammates. (Jonathan Hayward/The Canadian Press)

Camrud and Patter have both been named assistant captains.

There will be no team captain this year, as a tribute to Logan Schatz, the captain who died in the crash.

Some of the injured players were at the game and took part in the ceremonial puck-drop at the start.

After the game, yellow and green banners with the names and numbers of each victim were placed in a circle on the ice. 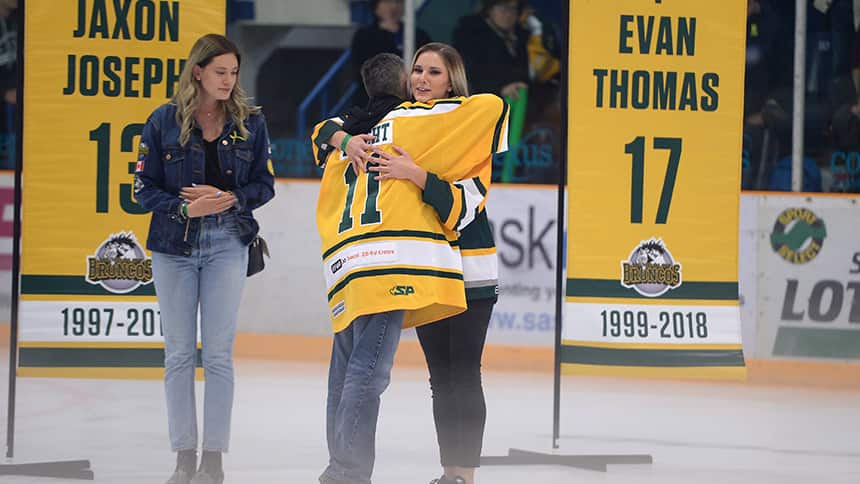 Broncos families and friends console each other on the ice after a tribute to the team. (Jonathan Hayward/The Canadian Press)

All the numbers will be retired, meaning that no one on the Broncos team will ever wear them again.

The Broncos played to a sold-out crowd and ended up losing the game 2-1 to the Nipewan Hawks. 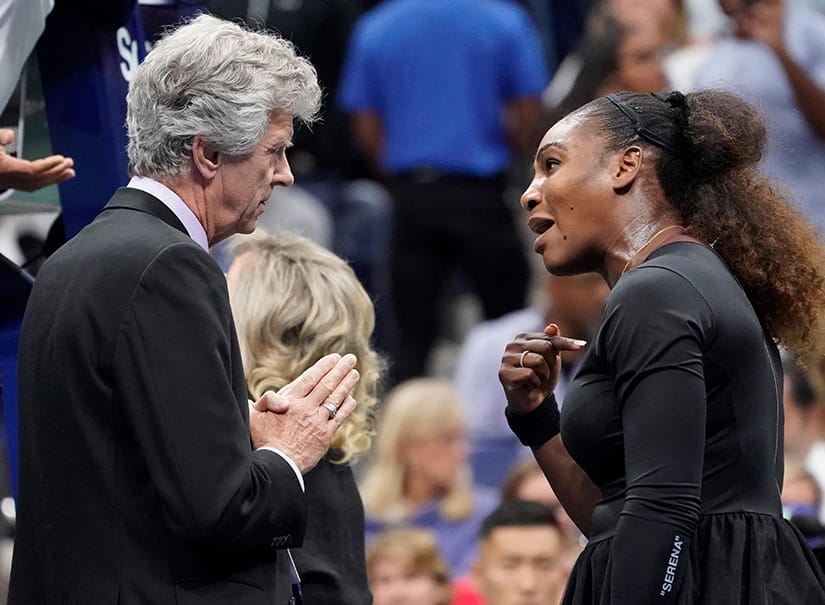 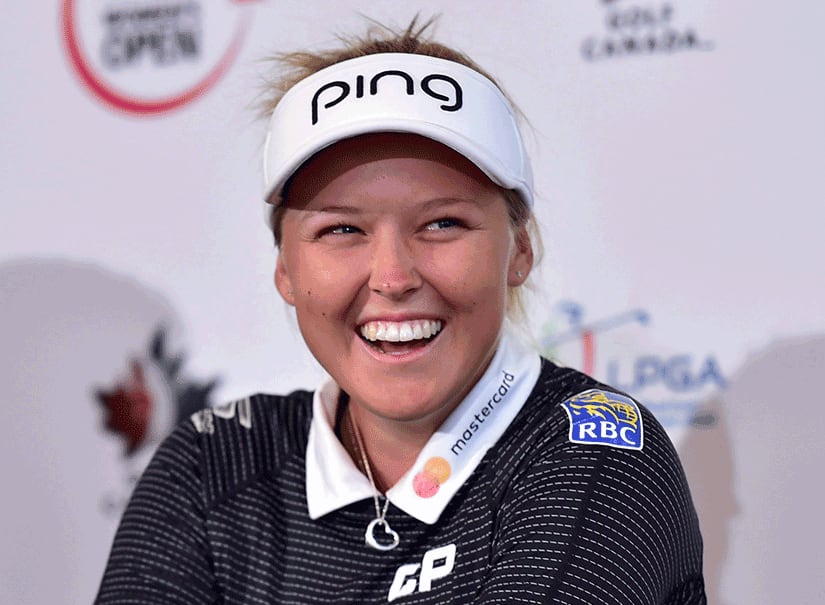