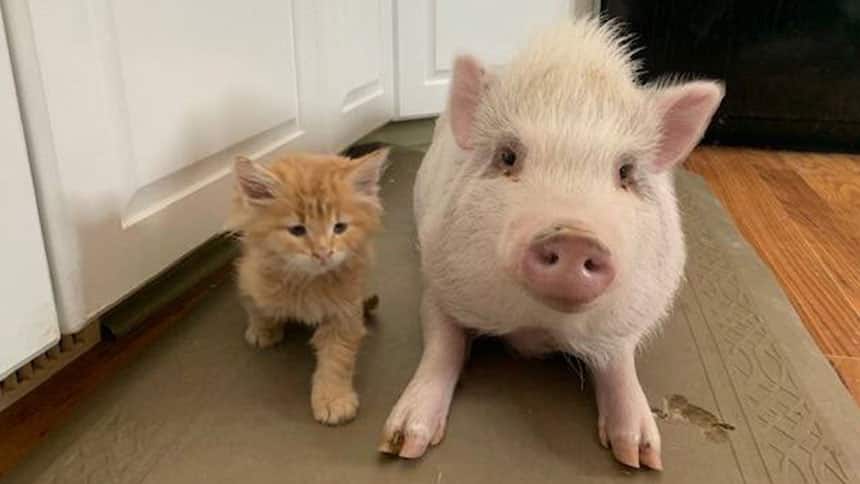 How this pig and cat became BFFs

They play and sleep together

Wilbur the pig has a new pal.

The five-month-old pot-bellied pig, which lives on a rural property near Strathmore, Alberta, recently became friends with Billy the kitten.

The two creatures became “the best buddies ever” just a few days after they were introduced, said owner Jody Fraser.

“They just love each other,” Fraser said. “I'm not sure where it came from.”

Fraser has been documenting the blossoming friendship and posting about it on social media in recent weeks — and the photos are getting lots of hearts. 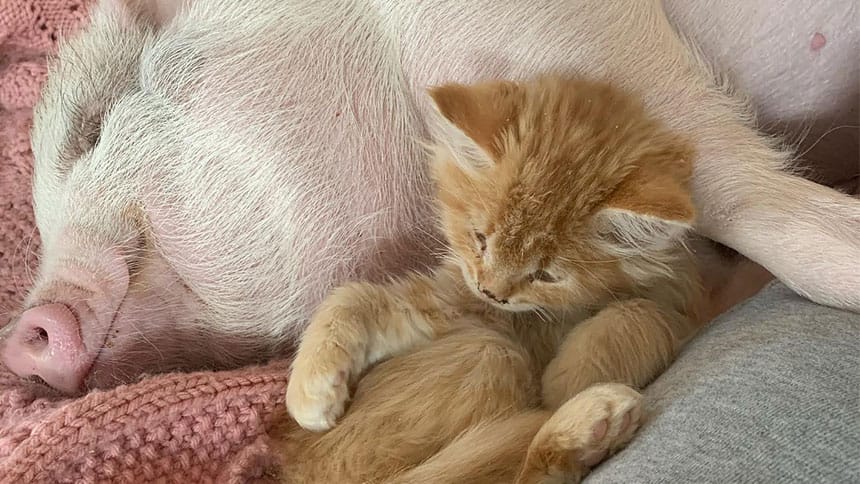 Billy the kitten has been known to give the Wilbur the pig a bath by licking its ears. (Image credit: Gypsygiraffepets﻿/Facebook)

Where did it all begin?

Fraser moved to the countryside last year with her two cats, dog and turtle.

Next she added chickens and a pig.

And when her sister called offering her a kitten recently, Fraser just couldn’t say no.

That’s when the friendship started. 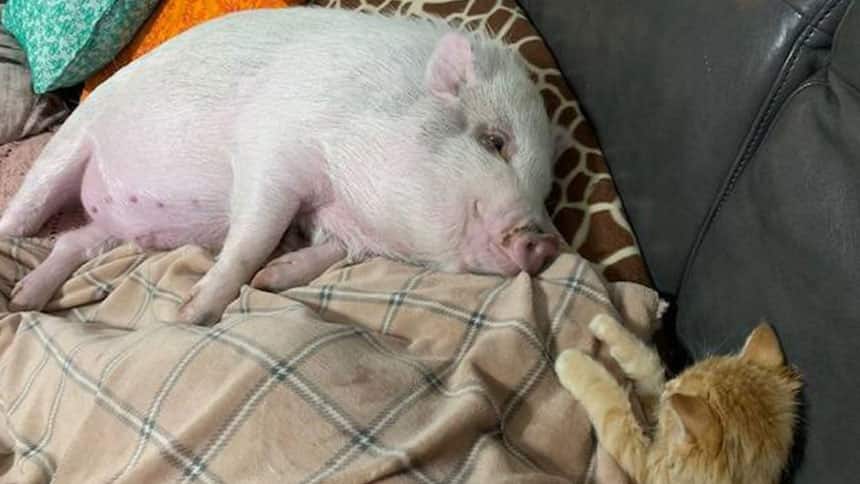 Both Wilbur the pig and Billy the kitten are house-trained. Billy uses a normal litter box and Wilbur uses a kiddy pool. (Image submitted by Jody Fraser)

Together all day and night

Now the two animals play and sleep together.

“They have a great time,” Fraser said.

Of course, pigs are unusual house pets for a reason — they require some special care.

In fact, if you lived in a city like Calgary or Toronto, you wouldn’t be allowed to have one. 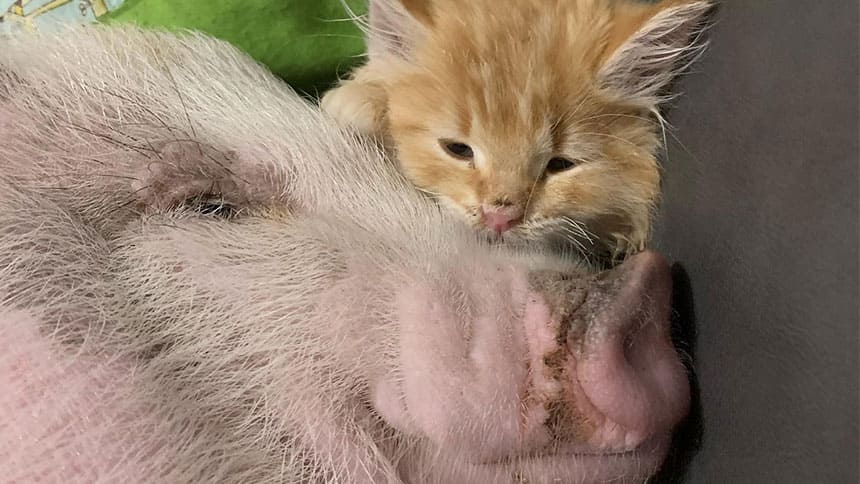 Pot-bellied pigs start out pretty small, and it can take years for them to reach their full size and weight. (Image credit: Gypsygiraffepets﻿/Facebook)

Owning a pig is a big deal

Foster had this advice for any kids who now have a pig on the top of their birthday wish list: “Do your research.”

Here are some important things to know about pig ownership, according to the B.C. SPCA:

With files from Natalie Valleau/CBC News 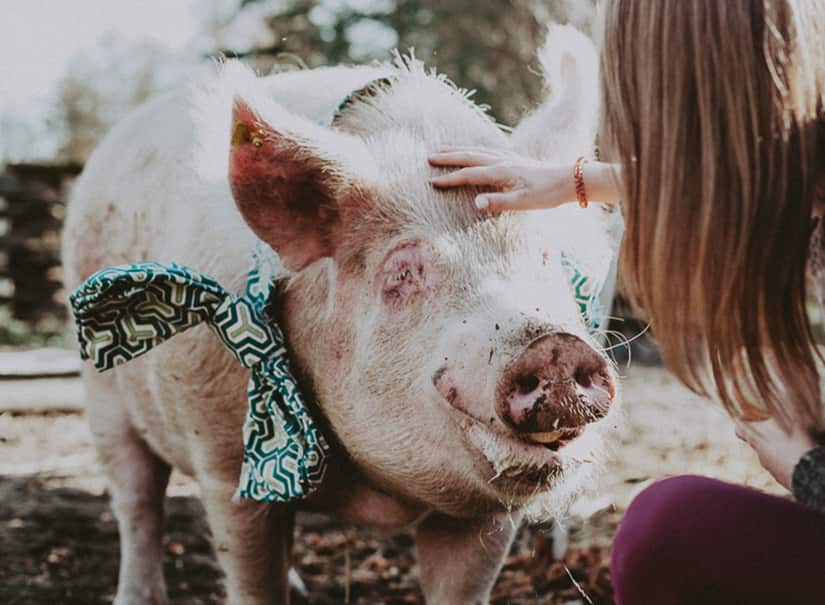 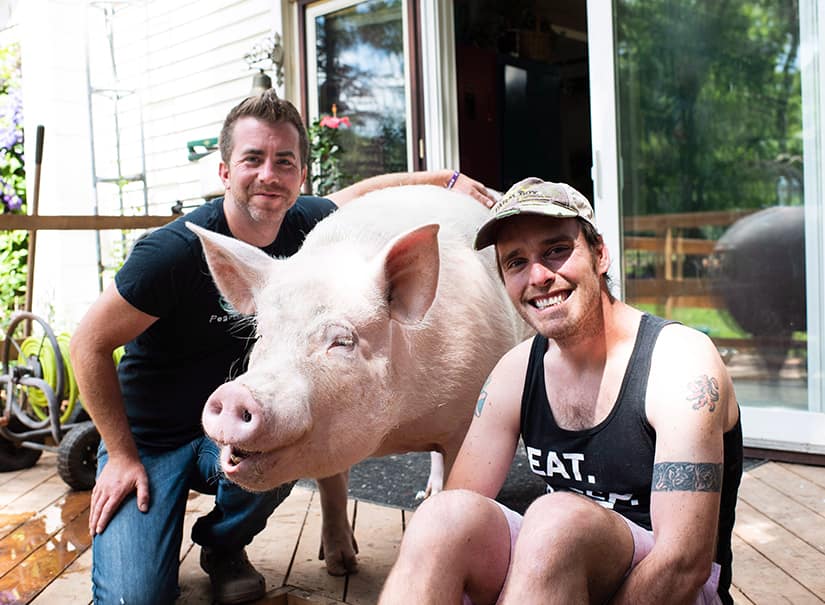