Stings but ‘worth it’: How kids deal with needles

We hear from kids during National Immunization Awareness Week

Many of you know what it feels like to go to an immunization clinic at your school.

Everyone lines up in a big room like the gym.

Names are called, one at a time.

It feels like it takes forever for the nurse to call your name.

All you can think about is that you’re about to get poked with a needle — more than once.

CBC Kids News visited an immunization clinic at Ridgecliff Middle School in Halifax and spoke to several kids about getting shots.

“I just can’t wait till it’s over,” said 12-year-old Des Crawford, before he got his shots. 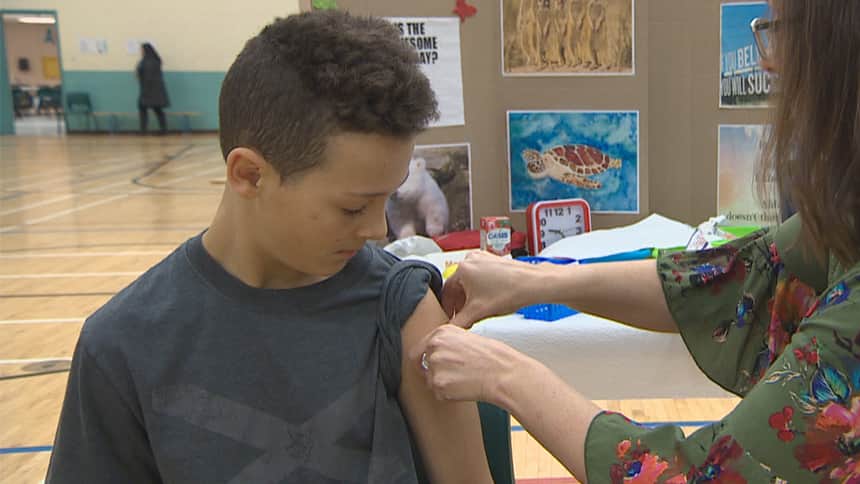 Des Crawford gets a band-aid on his arm after getting a shot. (CBC)

The kids at Ridgecliff were given these immunizations:

“The third one hurt a little more, but it was fine overall,” said Crawford once it was over.

“I’m not a big fan of needles,” admitted Precious Cleveland, 12. 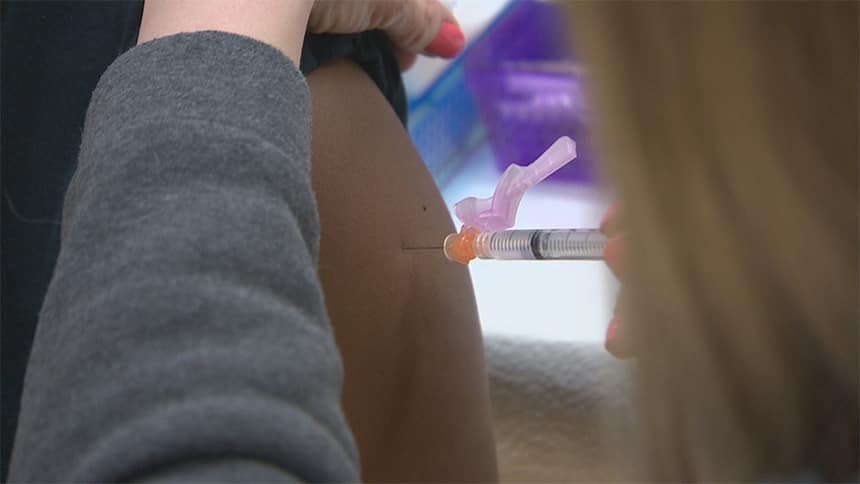 Immunization clinics are common for students in Grade 7, but vary by province. (CBC)

Jeanette Ryan, a public health nurse who works on the immunization team, said it’s normal for kids to be nervous.

“This is sometimes the first medical interaction that these kids have had without a parent or guardian,” she said. “So that's big.”

She said the nurses work to reassure the kids that they will be OK.

“We encourage them that … they can get through it,” she said. Alex Tsimiklis, centre, said he knows it’s important to get immunized to avoid getting sick. (CBC)

“I’m a little tense, because the thought of getting something stabbed into you ... you feel like it’s going to hurt a lot,” said Alex Tsimiklis, 12.

When it was all over, he said “it wasn’t that bad.”

“It stings for like a minute or two, but then you’re done,” said Laura Worth.

She knows that it’s important to have her immunizations up to date.

“I know that if you get the shots, it’s like warding off all those illnesses that can kill you,” she said. 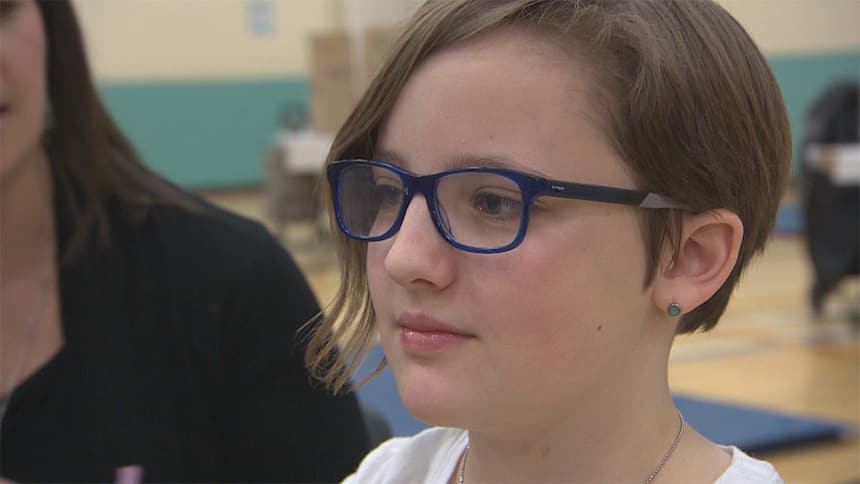 Laura Worth keeps a straight face after getting her third shot. (CBC)

Ryan said that’s a concept that can be hard to understand in a healthy population.

“We remind them that … they need the needles to protect them against the diseases that could potentially make them sick and that are … in our environment and in our communities,” she said.

“It does sting, but it’s definitely worth it,” said Gabe Moshett.

Emily Swallow understands the importance, despite being nervous beforehand. 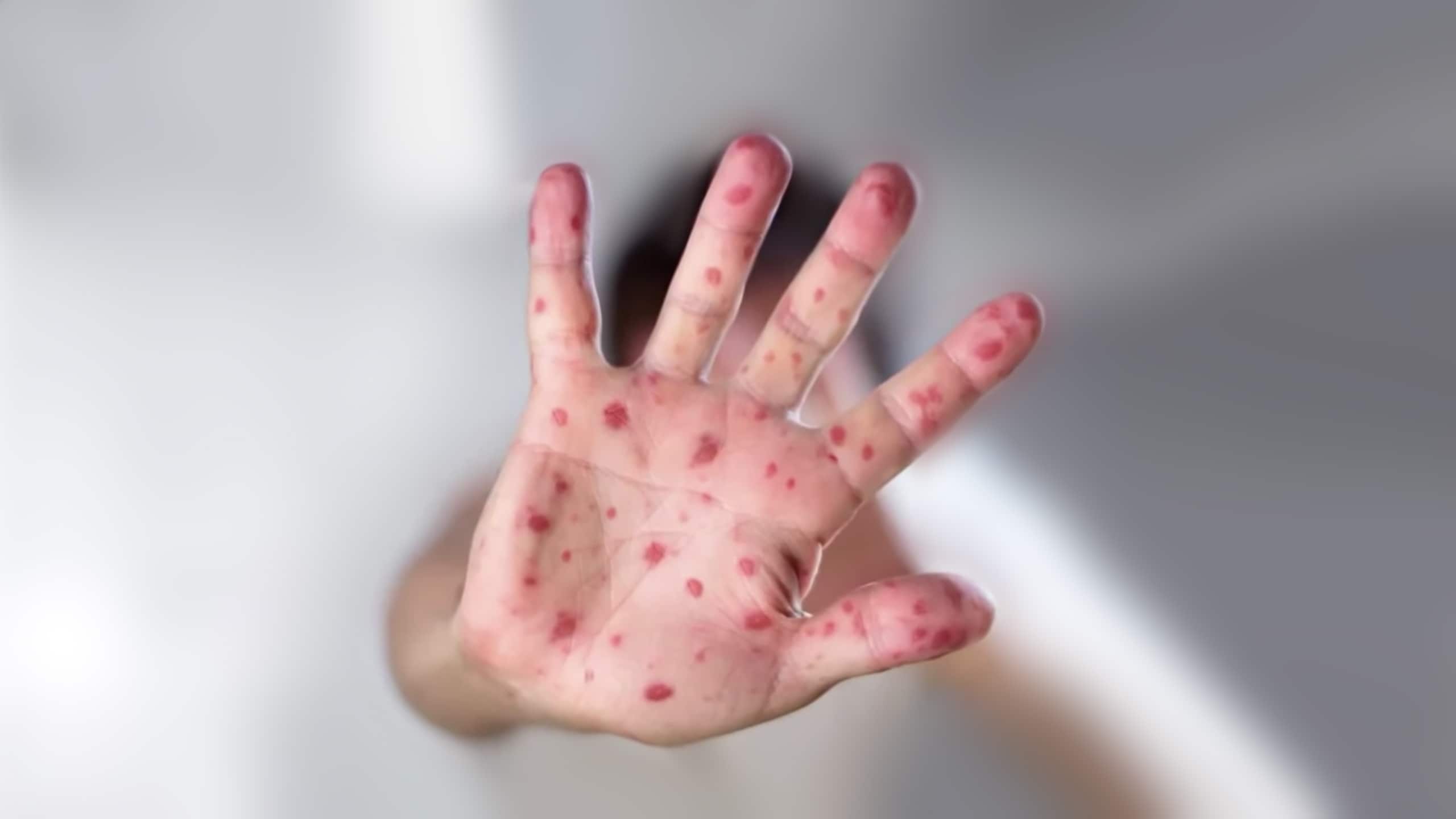