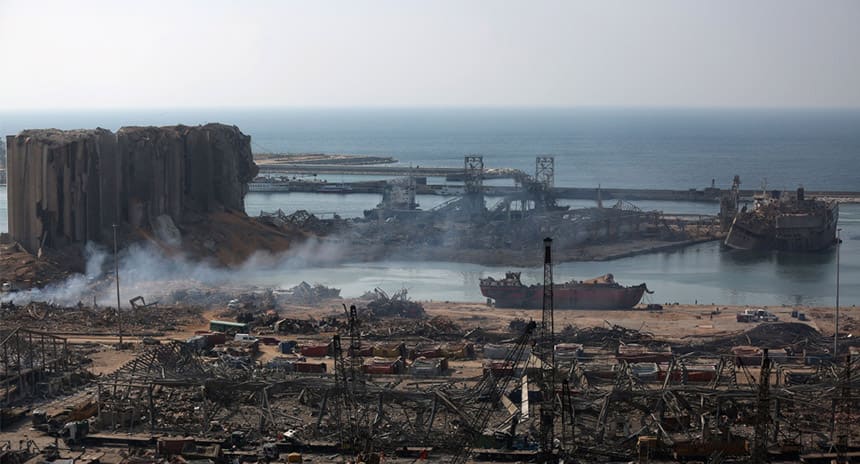 A partial view of the devastated Beirut port is pictured from a nearby neighbourhood on Thursday, two days after a massive blast there shook the Lebanese capital. (Image credit: Patrick Baz/AFP)

Here’s what we know about the Beirut explosion

Canada is one of several countries helping with rescue efforts

You’ve probably been seeing images and videos of Beirut, Lebanon, across the internet this week.

That’s because a big explosion devastated Lebanon’s capital city on Tuesday, killing nearly 150 people and injuring thousands of others.

People who were there said the blast felt like an earthquake.

Videos show what looked like a big fire with red smoke ballooning hundreds of metres into the air.

Here are some answers to questions you may have about what happened and what’s being done to help. 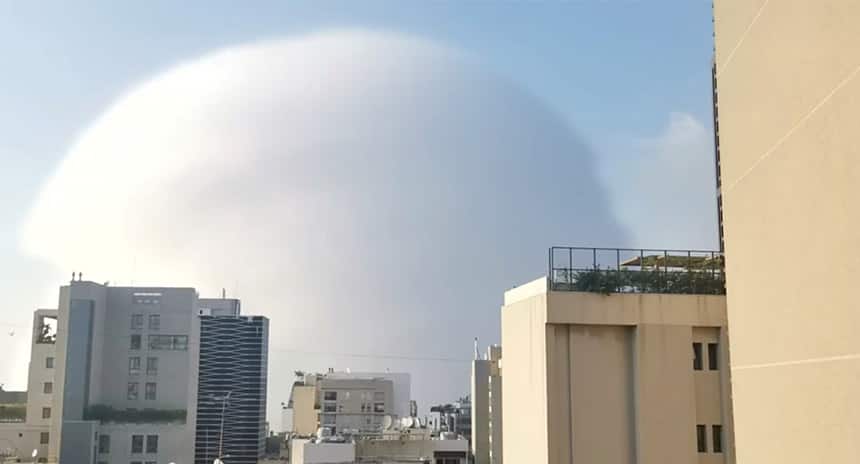 A shockwave is seen during an explosion in Beirut, Lebanon, on Tuesday in this picture obtained from a social media video. (Image credit: Karim Sokhn/Instagram/Ksokhn)

What do we know?

The explosion, which happened in the city’s downtown port, blew out doors and windows across Beirut, forcing thousands of people from their homes. 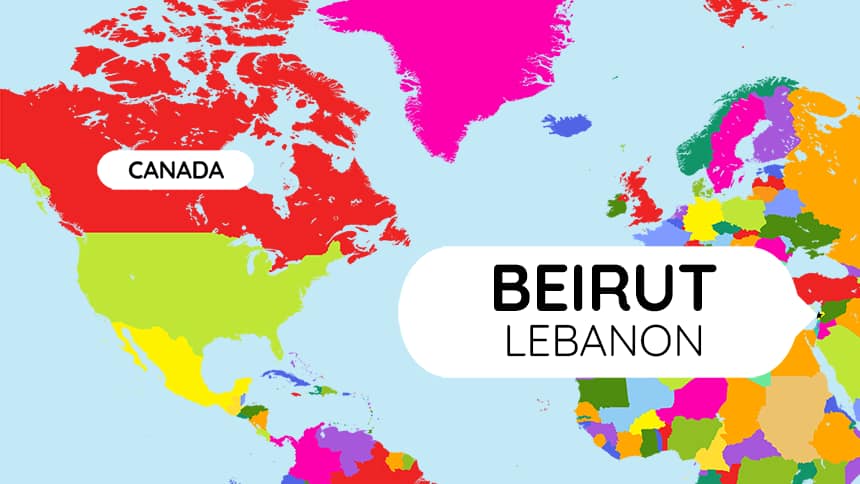 Exactly what led to the blast is unclear, but at this point thousands of tonnes of a chemical compound called ammonium nitrate are being blamed for what happened.

Ammonium nitrate is most commonly used as fertilizer for agricultural purposes, but it is also used for controlled blasting at mines across the world. 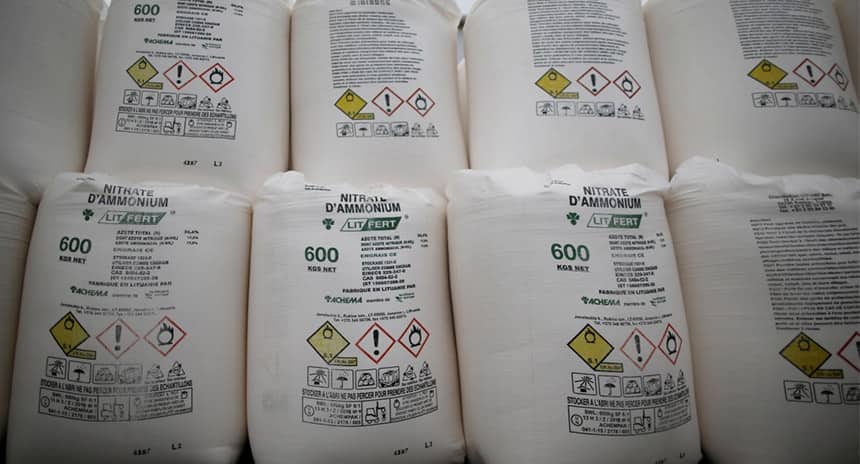 It’s considered to be relatively safe if stored properly but can be extremely dangerous if contaminated or stored incorrectly.

Could this happen in Canada?

You may also be wondering if something like this could ever happen in Canada.

The sale, transportation and storage of ammonium nitrate are carefully controlled by Natural Resources Canada, which oversees the storage of the chemical.

Rules state that a single storage facility in Canada can store a maximum of 200 tonnes of the chemical, which is less than 1/10th of what exploded in Beirut. 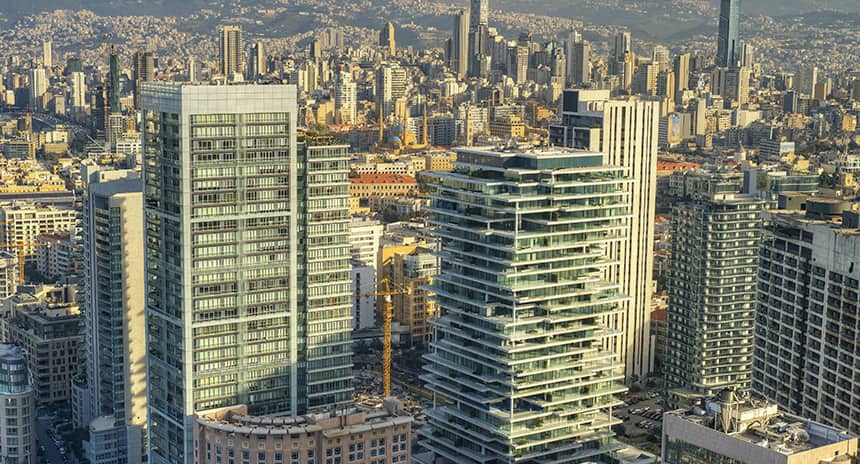 The City of Beirut pictured before the explosion. (Image credit: diplomedia/Shutterstock)

What rescue efforts are happening now?

People around the world have been affected, including Canadians who have friends and family living in Lebanon.

Search and rescue teams have been sent from several countries to help locate survivors and put the city back together. 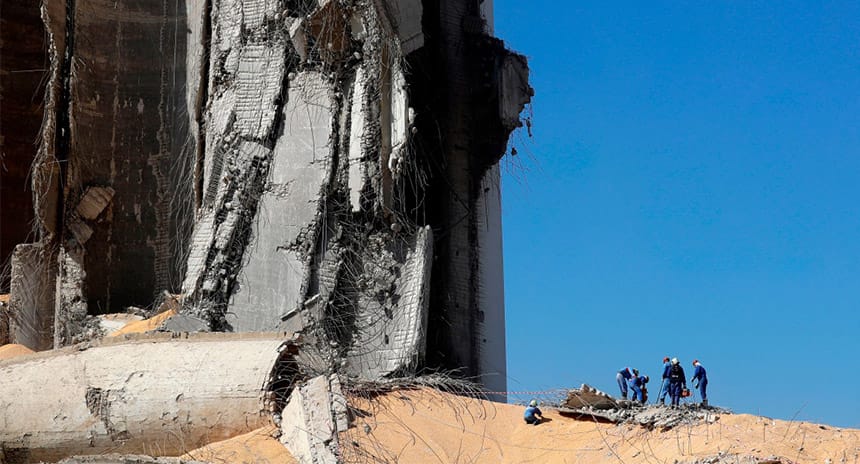 How are Canadians responding?

Canada’s federal government said it will provide up to $5 million to help Lebanon recover.

Events and fundraisers have also been set up across Canada as people continue to find ways to show their support. 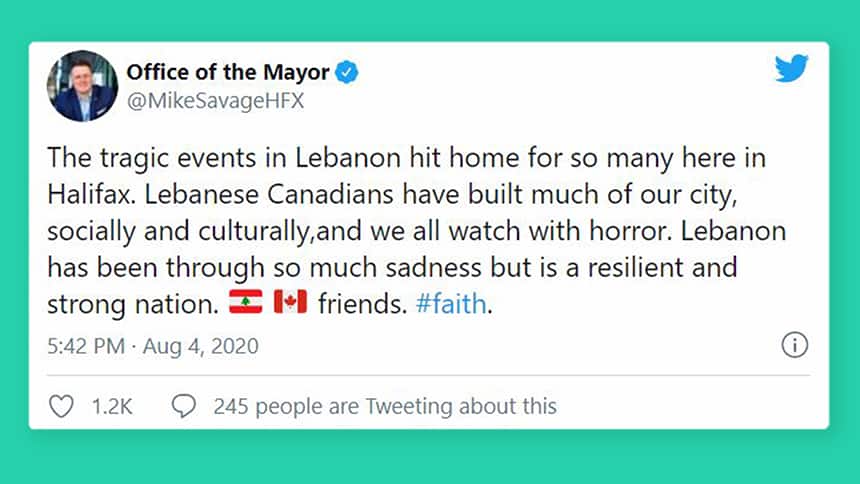