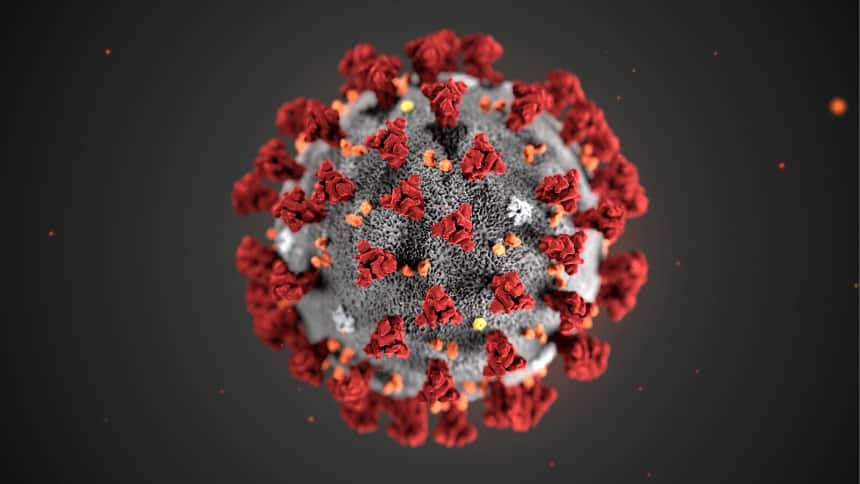 Coronaviruses are a family of viruses that got their name due to the ‘crown’ of sugary proteins that stick out from the particle. (CDC)

The latest facts about the coronavirus as of March 3

From Olympics to food shortages: Here's what you need to know

The coronavirus has been dominating the headlines since early 2020.

As this particular coronavirus spreads to more countries — and more cases are reported in Canada — you may be getting the sense that it’s time to panic.

While some worry is justified, it’s important to highlight the truth — and the myths — in the worldwide coverage of the coronavirus outbreak.

Wondering about some of the other myths? Check out the first article we published about this.

Are the 2020 Olympics cancelled?

For now, the Summer Olympics in Tokyo are still happening.

The International Olympics Committee (IOC) confirmed on Tuesday that they plan for the Games to go ahead on July 24, 2020.

However, Japan’s Olympic minister, Seiko Hashimoto, also confirmed that the Olympics could be rescheduled for later in the year.

Japan has confirmed more than 200 cases of the coronavirus.

Officials have delayed the training of 80,000 Olympic volunteers. 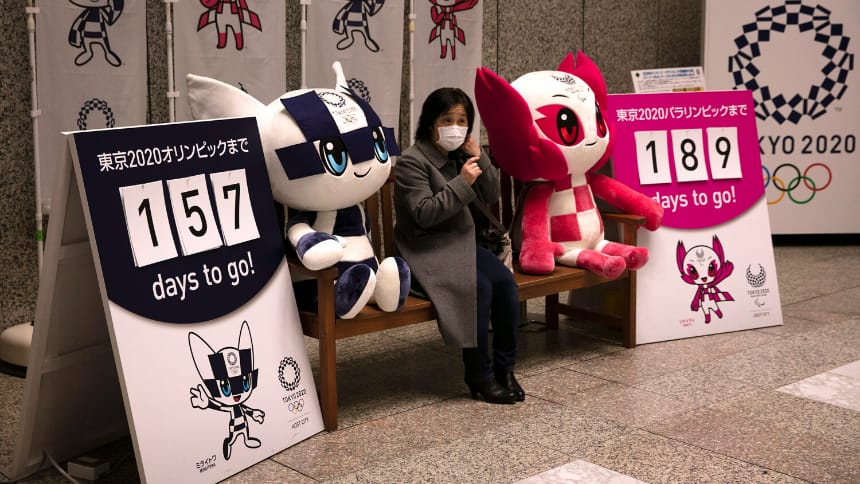 A woman removes her mask before posing with the Tokyo Olympics mascots. The organizers of the Games have said that theories that the event will be cancelled are speculative. (Jae C. Hong/The Associated Press)

For now, the IOC has said that the Games will go ahead despite worry about further outbreaks of the coronavirus.

Since the modern Olympics began in the late-1800s, they have only been cancelled because of the World Wars. 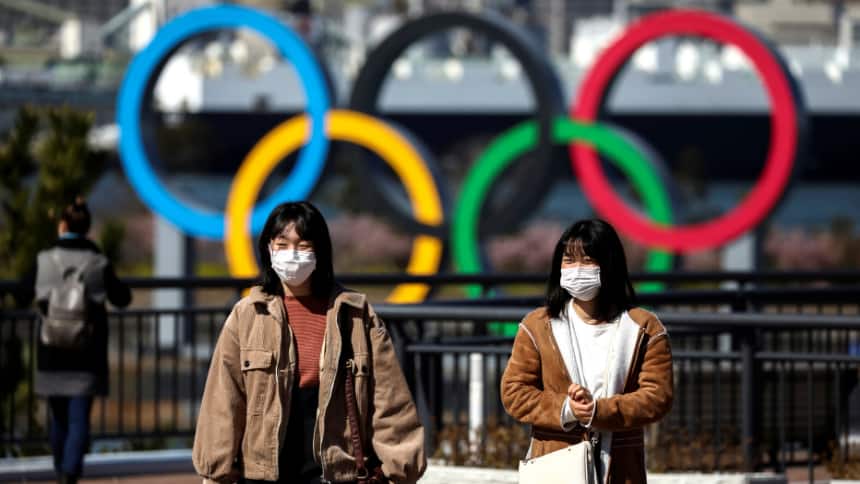 Japan has reported more than 100 cases of coronavirus. (Athit Perawongmetha/Reuters)

Should we be stockpiling food and supplies?

This past week, the federal health minister, Patty Hajdu, said that it’s a good idea for Canadians to stockpile essential supplies, such as food and medicine.

CBC reports that cleaning supplies, as well as other household goods, are selling out in parts of B.C. 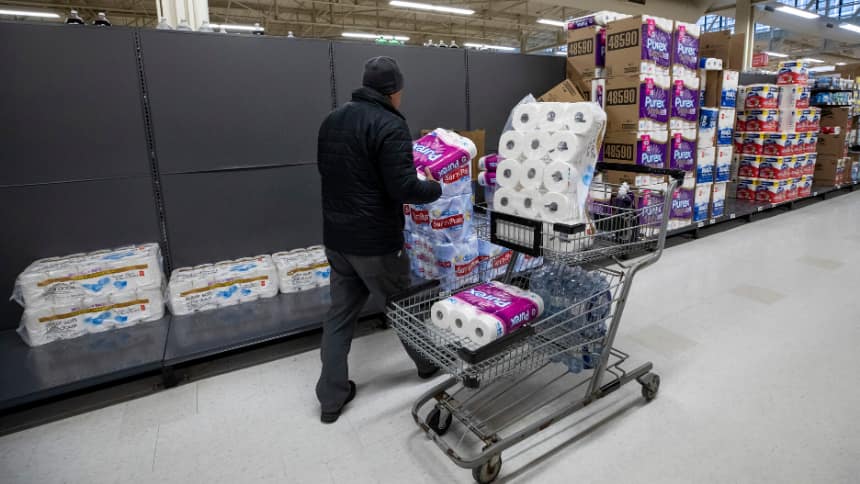 A man stockpiles household goods in Vancouver. A death from COVID-19 in the nearby U.S. state of Washington led to fears that the infection could spread across the Canadian border. (Ben Nelms/CBC)

The idea that Canadians should stockpile supplies comes from the fear that people may have to self-isolate. Basically that means people may be told that they shouldn’t leave their homes if they’re sick.

Self-isolation is only necessary to prevent others from being infected.

Images of empty cities in China have also stoked fears that Canadians may have to stay indoors to prevent the spread of the virus.

The government recommends that Canadians have essential supplies on hand only in case they become ill but they should “avoid panic buying.”

Should we stay at home?

Canada’s chief public health officer, Dr. Theresa Tam, said on Monday that isolation would only happen if there was evidence of “very significant community transmission” in Canada.

Right now, the Public Health Agency of Canada said the risk associated with COVID-19 is low for Canada.

Tam confirmed that because cases of infection in Canada are related to travel, for the general population “the risk is low.” A man wearing a face mask rides a bike filled with food supplies in Wuhan, the epicentre of the coronavirus outbreak, in February. The city has been under lockdown since January. (Stringer/Reuters)

Currently, there would have to be evidence of “very significant community transmission” for Canadians to be discouraged from walking the streets, Tam clarified.

The Canadian government is currently encouraging anyone who feels unwell to stay home to prevent the risk of infection. 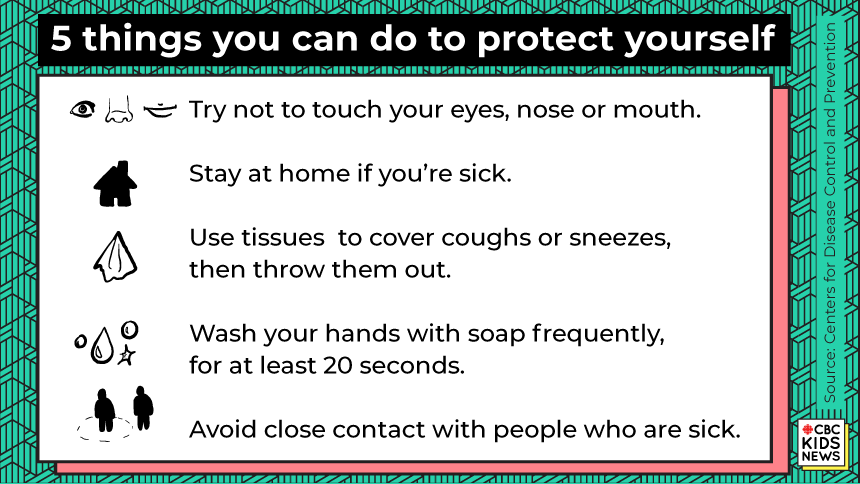 Is this just a foreign problem?

Coronavirus originated in the Chinese city of Wuhan and thousands of cases have been reported in the country as a whole. Shanghai before and after the outbreak of the coronavirus. The virus was discovered in Wuhan, and people all over China are avoiding the streets because they fear infection. (Johannes Eisele/AFP via Getty Images, Aly Song/Reuters)

Coronavirus has reached North America and Europe, but it hasn’t spread there as much as it has in countries like China, South Korea and Iran.

No one in Canada has died from COVID-19.

Other countries where the number of cases is higher are taking extreme measures.

For example, in Japan, schools are closed and in the United Kingdom some schools have also been closed.

We aren’t seeing that in Canada at this point.

Currently, the government is asking travellers from either Iran or Hubei province in China to self-isolate for 14 days after arriving in Canada.

Could the situation change?

As the coronavirus spreads, the impacts could become more serious than mild inconveniences.

Tam confirmed that there are plans in place to ensure that large-scale gatherings, workplaces and schools could be shut down if the situation changes.

But for now, it’s important to stick to the facts from credible sources.

Want to know more about the coronavirus? Check out this video: