‘He saved my life:’ Boy pulls sister from river after she falls through ice

When 10-year-old Maïla Godin ran onto the ice after her dog on Sunday, she never expected that she would fall through it.

Just two weeks before, she and her family had been out on the thick ice near their home in Saint-Ignace, N.B. 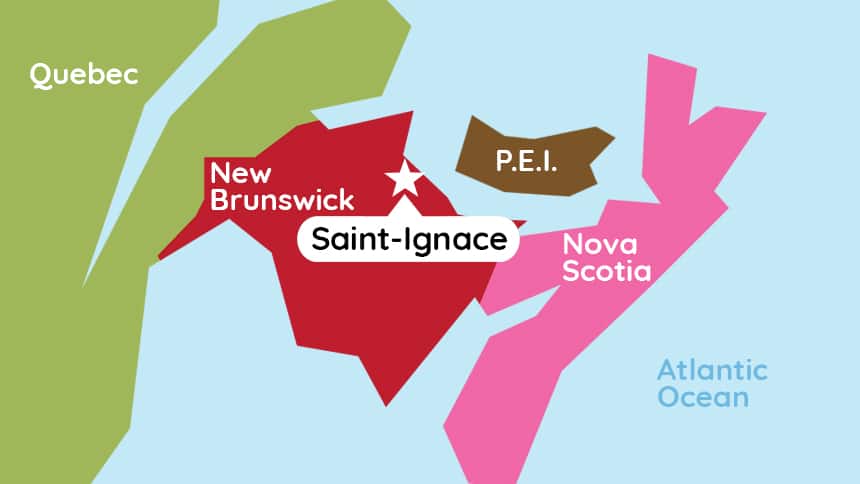 But the warm spring weather had made the ice covering the Saint-Ignace River thin, and the next thing Maïla knew, she had fallen in.

“The current was bringing me away from shore. And I grabbed on [the] ice,” she said.

Because she had the leash in her hand, she was able to hold the ice as well. 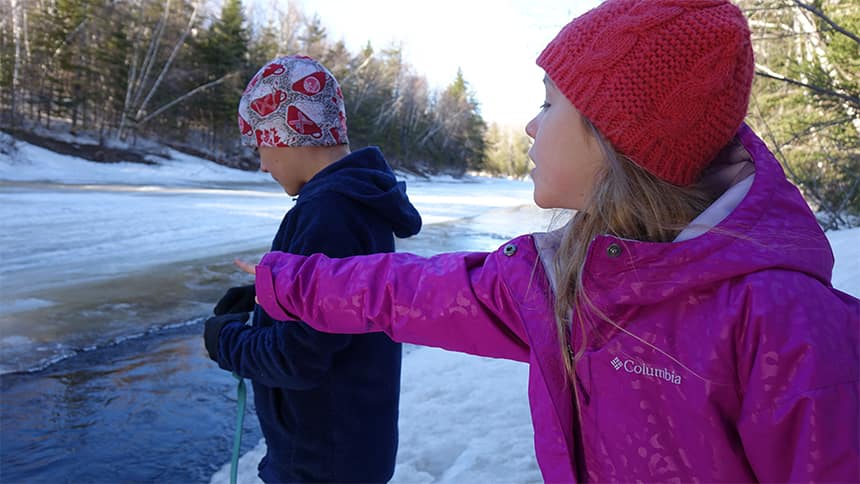 Maïla Godin points to the part of the Saint-Ignace River where she fell in on Sunday. (Jean Philippe Hughes/Radio-Canada)

Maïla screamed to her friend, Lexi, to get help. She also stayed calm and focused on hanging on.

“When I was in the water, I just remembered my swimming lessons ... I need to kick my legs and I need to grab onto ice.”

Her brother, Karel, 12, wasn’t far, having just biked to the road nearby. Lexi ran to get him.

He stepped into the water, which was up to his hips. The current was strong and pushed him.

He helped his sister let go of the leash, grabbed her by the waist and pulled her onto shore. 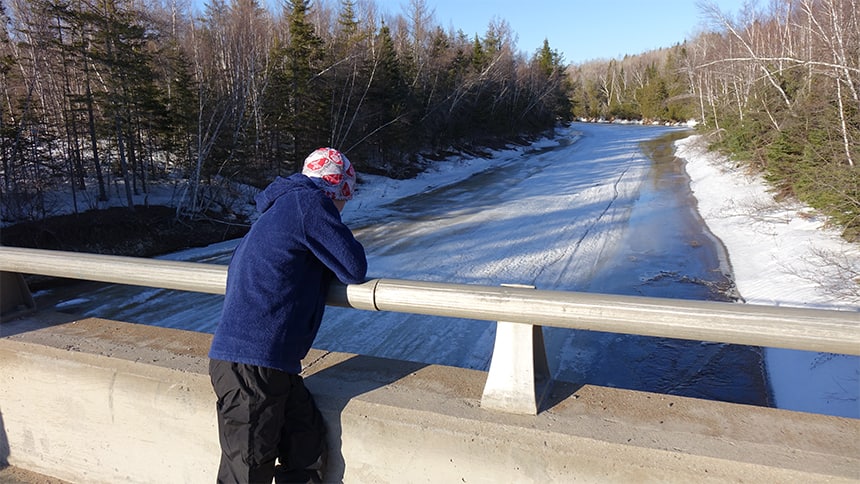 Karel Godin looks down from a bridge at the river where he rescued his sister. (Jean Philippe Hughes/ Radio-Canada)

He said he was nervous but didn’t panic.

“To be honest I was a little bit scared for losing my sister,” said Karel. “And I remembered my swimming lessons … to stay calm.”

The dog, Ectus, was still on the ice, so he went to get him and brought him to shore.

Up at the road, he flagged down someone driving by and asked him to get his dad, who was at home, not far away. 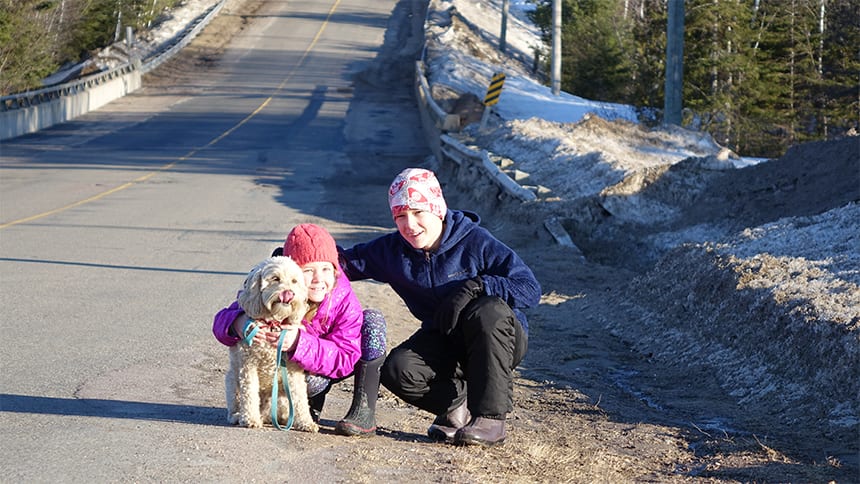 Maïla and Karel say what they learned in their swimming lessons helped them stay calm. (Jean Philippe Hughes/Radio-Canada)

Maïla said her brother, her dog and her friend Lexi are all her heroes.

Their mom, Natalie Léger, said she is grateful for the happy ending, but she stressed that they should all be more careful when they play near the ice this time of year.

“It’s very difficult because two weeks ago, everybody was walking on the rivers and lakes. So it changes very, very quickly.” 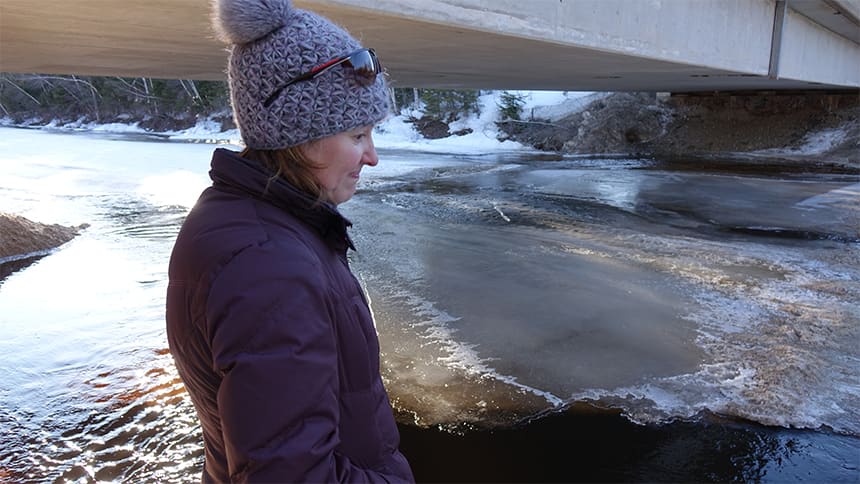 She said her son did the right thing.

“I don’t know that an adult could have done better than he did. He knew exactly what to do,” said Léger.