Climate activist Greta Thunberg will be protesting for the first time in Canada today in Montreal. (Lionel Bonaventure/AFP/Getty Images)

While rappers like Lizzo and Cardi B have been dropping clever rhymes and bars all year, Greta Thunberg has taken a different approach in showing her chops as a wordsmith.

The 16-year-old climate activist has given many inspiring speeches in the last year, through which she’s become known for her direct, “tell it like it is” way of speaking.

And, of course, for her ability to create a #MicDrop moment.

Today, youth across Canada will gather for yet another #FridaysForFuture climate protest.

And for the first time, Greta will be striking in Canada with protesters in Montreal.

To mark the event, here’s a look at some of the punchiest quotes Greta has said so far.

Speaking to world leaders at the United Nations Headquarters in New York on Sept. 23, Greta asserted that she should be in school rather than leading a global movement. 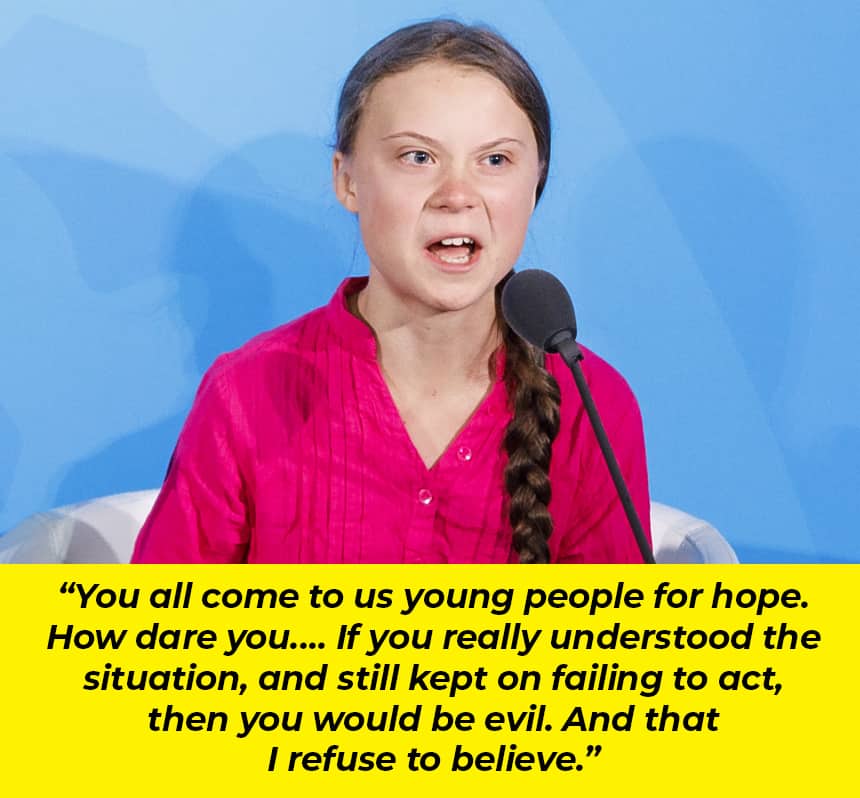 Being different is a ‘superpower’

Greta has been vocal about having Asperger’s, saying it is actually one of her biggest strengths.

In this Twitter post from earlier this month, Greta tried to shut down the haters by pointing out that coming at her for having Asperger’s seems like a last resort. 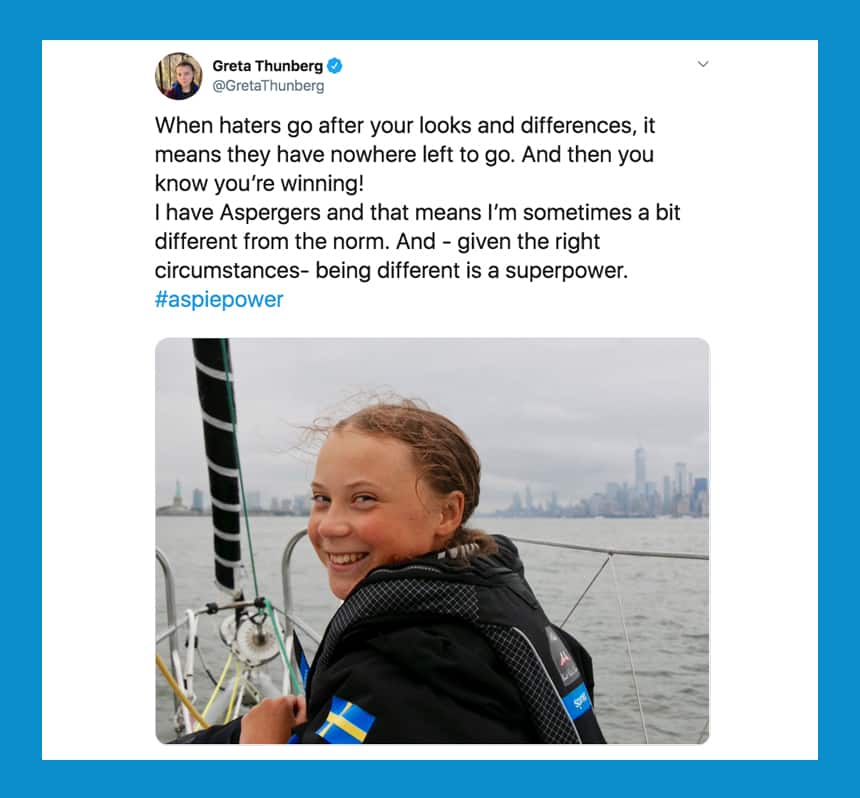 Children are the future

Greta has continued to find power in pointing out what she believes to be simple contradictions.

At the United Nations’ COP24 plenary session last December in Katowice, Poland, Greta reminded global leaders that the decisions they make are decisions for their children, too. 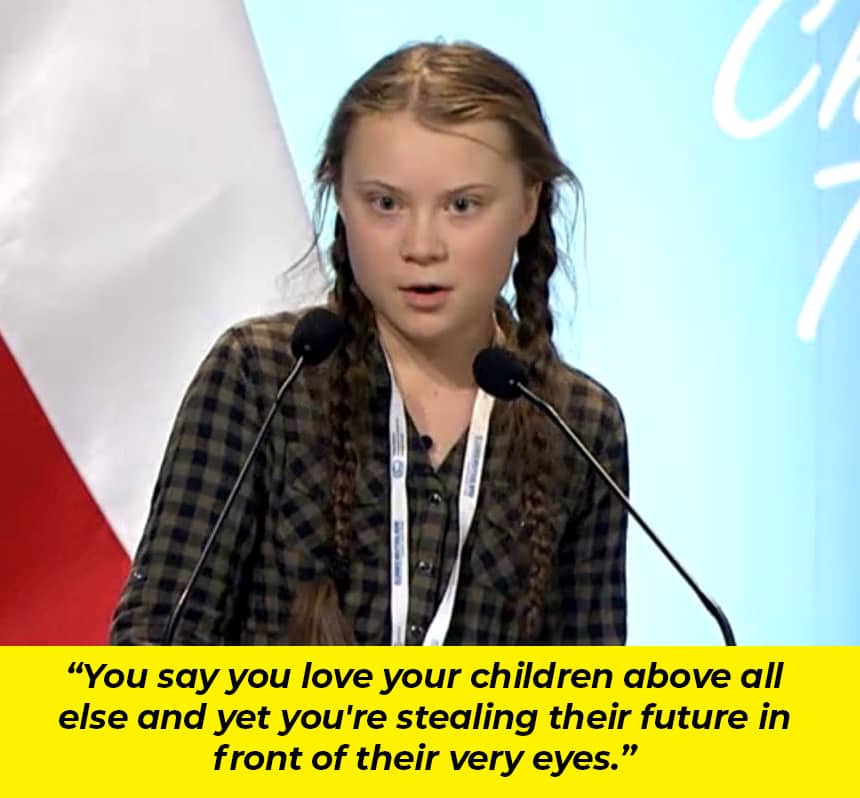 Sometimes you don’t need bars at all to make your point.

Sometimes the best move is to use someone else’s words.

And that’s exactly what Greta did with U.S. President Donald Trump after he commented on her “how dare you” speech to the UN from earlier this week. 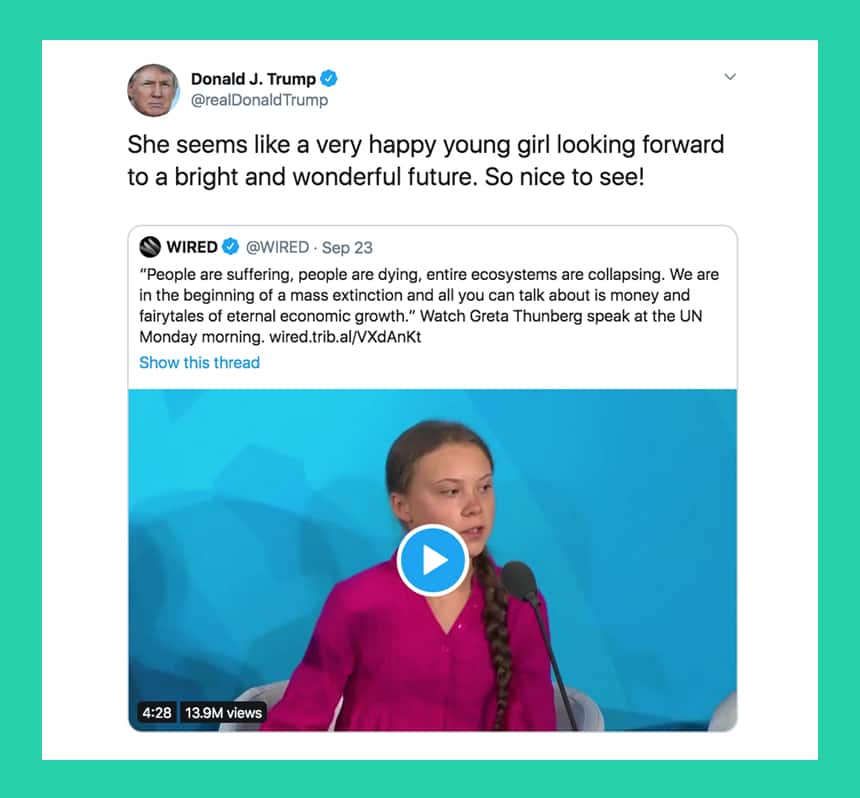 Of course, Greta’s whole message is that she is actually very fearful of the future — a future that she doesn’t see as being bright at all.

But instead of sending a message directly to Trump, Greta took his words and played along, using them briefly as her Twitter bio. 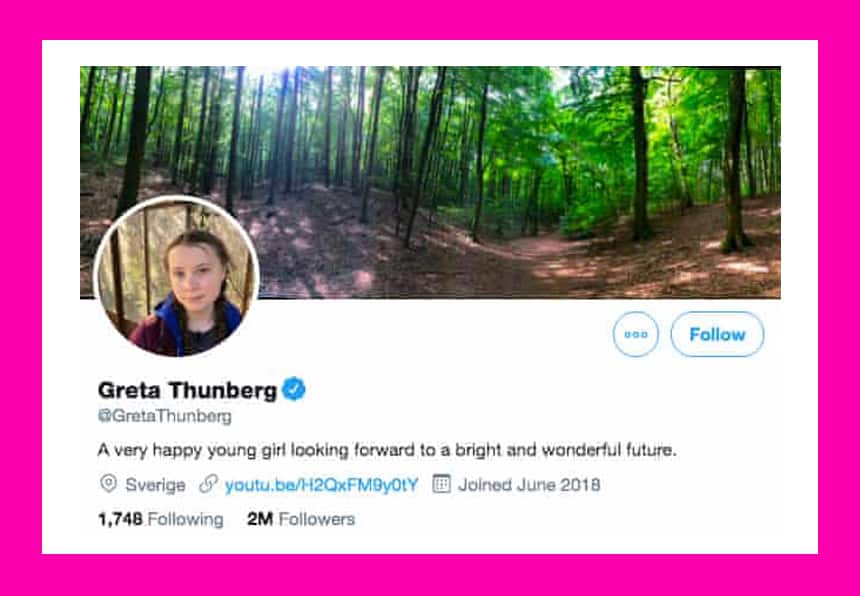 Perhaps, in this case, actions speak louder than words.

Her quote here about “not begging” speaks to the spirit of her movement, which is all about kids taking charge of their own futures. 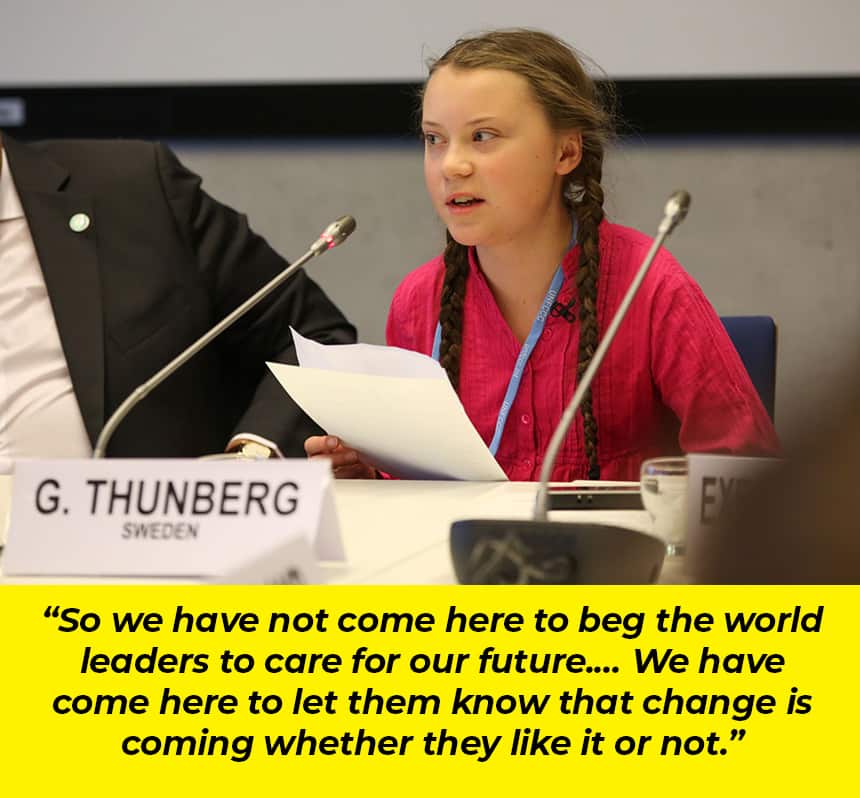 The house is on fire

At the World Economic Forum in Davos, Switzerland, earlier this year, Greta turned up the heat with this matter-of-fact analogy that has become one of her most memorable quotes yet. 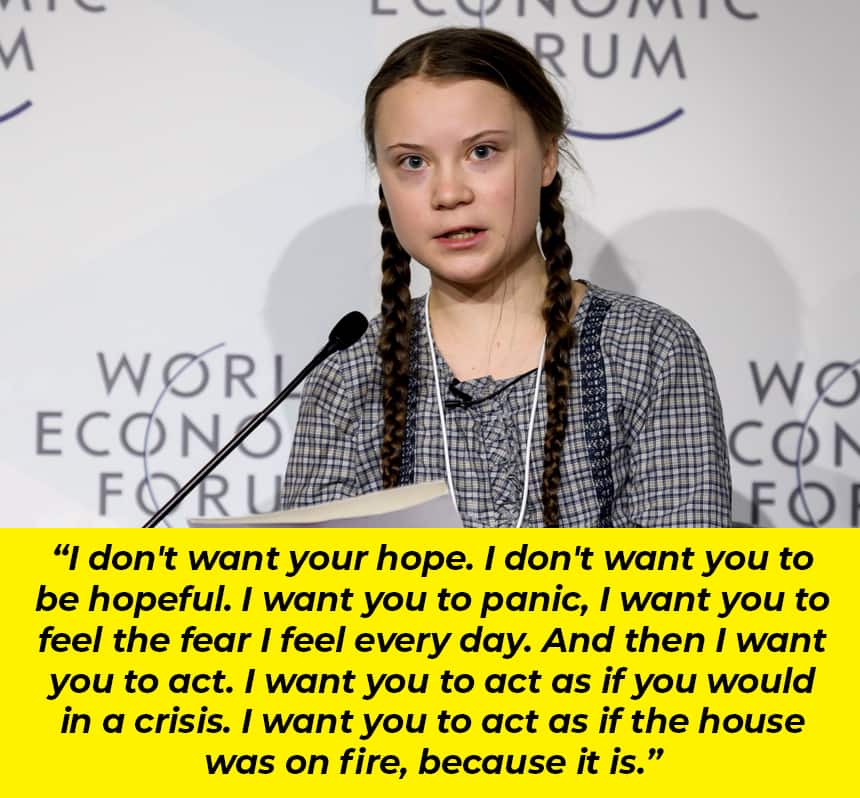