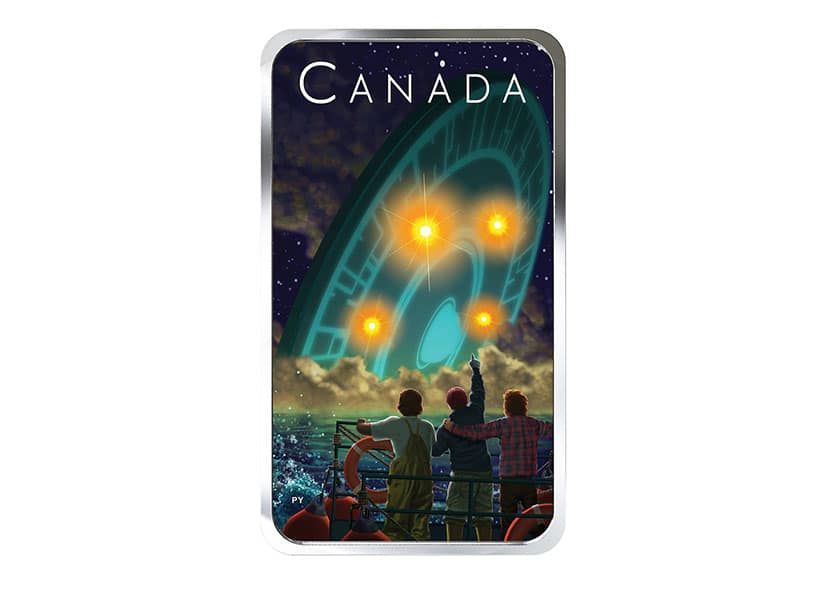 A new rectangular coin pays tribute to a 1967 UFO sighting off the coast of Nova Scotia. (The Royal Canadian Mint)

On this day back in 1967, four orange lights lit the sky above a small community called Shag Harbour, N.S., before crashing into the Atlantic Ocean.

Was it a military aircraft? A spy submarine? An alien ship?

The case was classified as a UFO sighting and has gone down in history as one of Canada’s great mysteries.

Now that mystery has been immortalized on a coin — a glow-in-the-dark coin, in keeping with the spooky vibe.

The Royal Canadian Mint — the corporation that makes all of Canada’s coins on behalf of the government — started selling the rectangular, silver coins on Oct. 1. 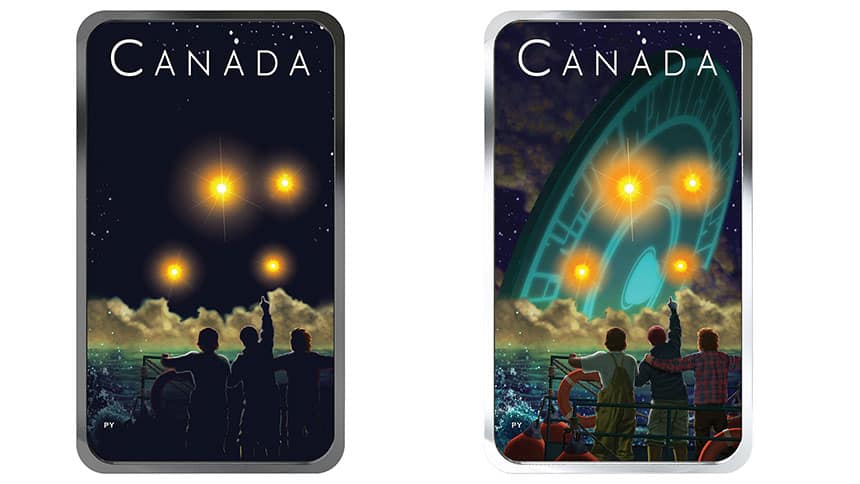 The 4,000 coins were almost completely sold out by the end of the day, although some have been set aside to go to the public at the annual Shag Harbour UFO Festival, which begins in the small fishing village today.

When you use the black-light flashlight that comes with the coin, the outline of an alien spaceship appears and glows blue. 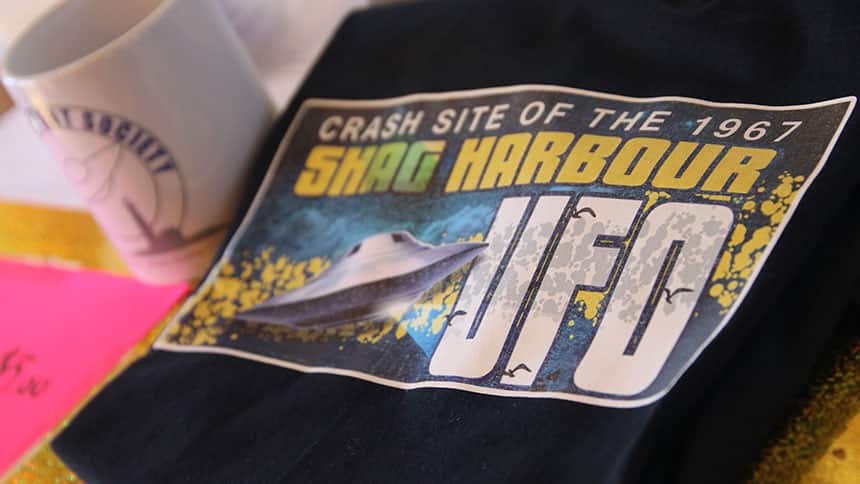 Not only is Shag Harbour now home to a UFO interpretive centre and an annual festival, the fishing village has become a destination for tourists looking to buy UFO swag. (Steve Berry/CBC)

Most reported seeing a series of flashing lights moving at high speed and then hitting the water.

Then a glowing, orange, circular object — about the size of a city bus — sank under the water, witnesses said, leaving orange foam behind.

A multi-day search of the harbour turned up nothing. 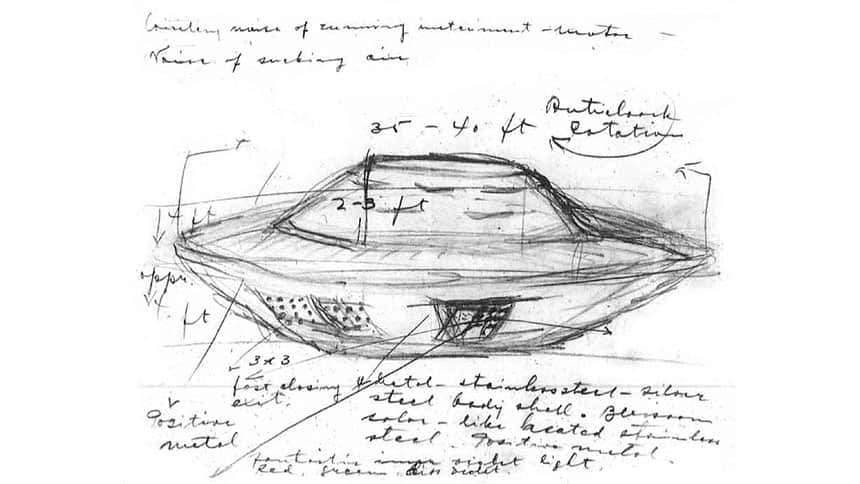 Stefan Michalak said he made this sketch after encountering a mysterious aircraft in the Manitoba woods in 1967 — the same year as Nova Scotia’s Shag Harbour incident. (When They Appeared/Stan Michalak, Chris Rutkowski)

That’s about three sightings a day.

Most can be explained, but some — eight per cent in 2017 — remain mysteries, according to a report by Ufology Research, an organization Rutkowski belongs to, which analyzes Canadian UFO data.

But don’t go buying supplies for your alien welcome party just yet!

“There’s no incontrovertible evidence that aliens are visiting us, although it’s a wonderful theory,” Rutkowski said. 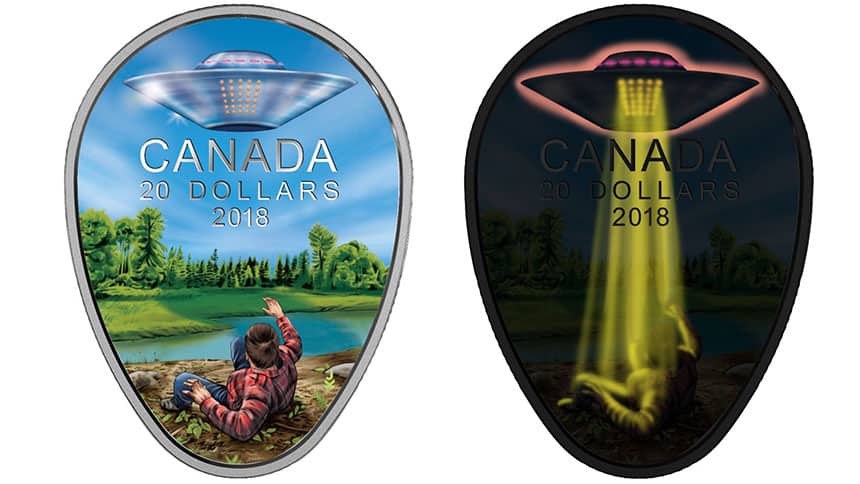 The Shag Harbour coin is the second in the Royal Canadian Mint’s “unexplained phenomena” series.

The first, released in 2018, focused on Manitoba’s most famous UFO encounter, which took place near Falcon Lake in 1967.

Amateur geologist Stefan Michalak said he was searching for precious metals and gems in the woods when two saucer-shaped aircraft appeared in the sky.

He said he drew a picture, then approached the craft and touched it, only to be burned in the chest when it flew away.