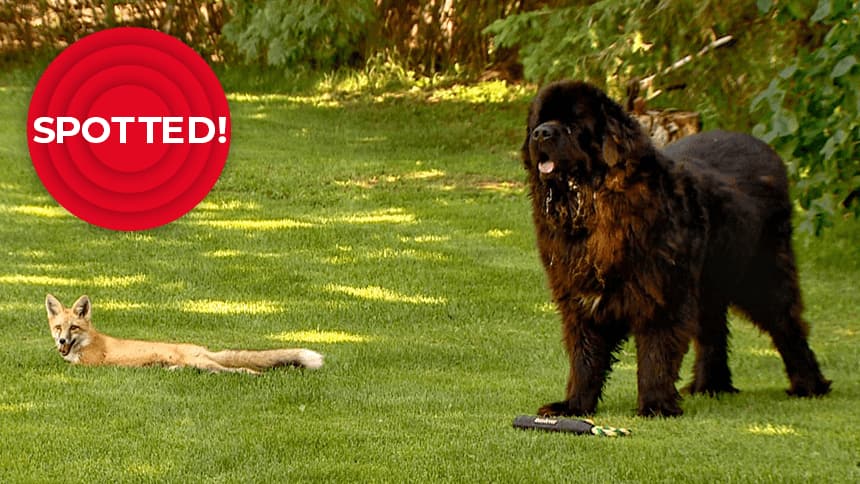 Friendship found between a fox and a hound

The furry pair from Alberta always hang out together

This is not something you see every day.

A fox and dog playing together like old pals.

No this isn’t a Disney film, it’s a real-life furry friendship. (Image submitted by Wendy Poseluzny)

The unlikely duo, Willow the fox and Hank the Newfoundland dog, have quickly become best buds.

Wendy Poseluzny, Hank’s owner, has spent the summer watching the two play in her backyard in Stony Plain, Alta. (Alberta).

She describes Hank as a gentle giant that makes friends with just about everyone — including a wild fox, which Poseluzny decided to name Willow.

She said it was a bit of a surprise to see the pair bond.

Willow the fox appears to be a few months old. The fox showed up on Wendy Poseluzny’s property at the start of the summer. (Image credit: Scott Neufeld/CBC)

Hank is usually an indoor dog, but whenever he goes outside, Willow is waiting for fun.

“It doesn't bother [Hank the dog] at all,” said Poseluzny. “He actually gets down and plays with her and chases her and they chase each other back and forth. It's pretty funny to watch.”

Taking a bite out of friendship — and a tail. (Image submitted by Wendy Poseluzny)

For now, the buddies are on good terms and remain “inseparable,” said Poseluzny.

Talk about furry friends we’d want to frolic with!