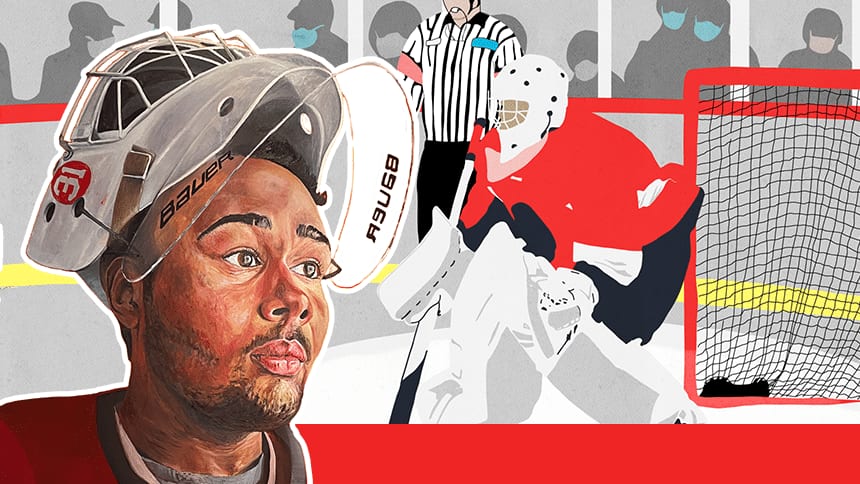 FIRST PERSON — I was a victim of racial slurs in hockey

Why did it take so long to get justice?

EDITOR’S NOTE:
Mark Connors, 16, is a hockey goalie from Halifax, Nova Scotia. Last fall, he was the victim of racist slurs when he was at a tournament in P.E.I. Here, he recounts his story and how the system needs to change to protect kids like him.

My father is white Canadian and my mother is Black Jamaican and I was taught I was no different than anyone else.

My skin colour is no reason to stop me from being successful.

But I keep facing setbacks.

The most recent ones happened in November 2021, when I was playing at a hockey tournament in P.E.I.

I was the subject of racial slurs.

I tried to get it to stop, but that didn’t happen. 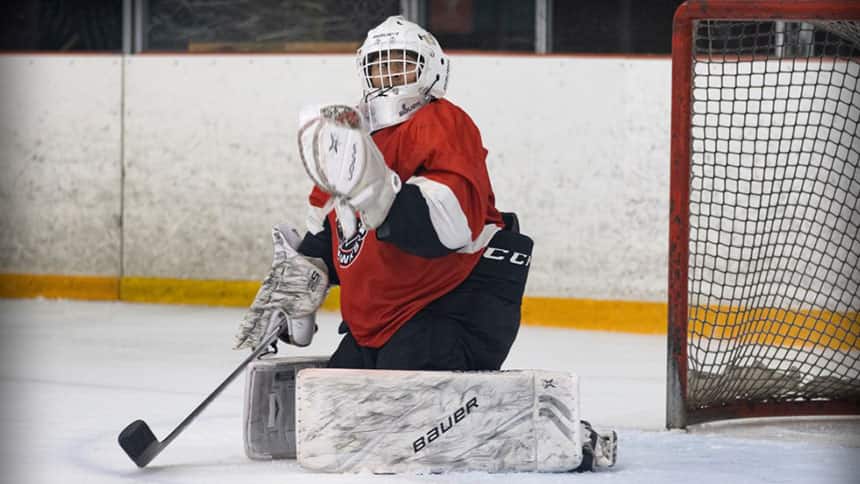 I reported two separate incidents from that November tournament.

The first one happened at the start of Friday's game.

Five people in the stands — players from another team — started by throwing chirps at me (making fun of me). Then the chirps turned into racial slurs.

They said things like: “Hockey is a white man’s sport.”

They used the N-word.

My coach complained to the referees, but they said they would only do something if they heard it. They didn’t.

At first, I just ignored them, but at the same time I couldn’t believe they were using these racial and hurtful words towards me.

The second incident happened at the hotel the next day.

A different group of players made racist comments about hockey being a white man’s sport. 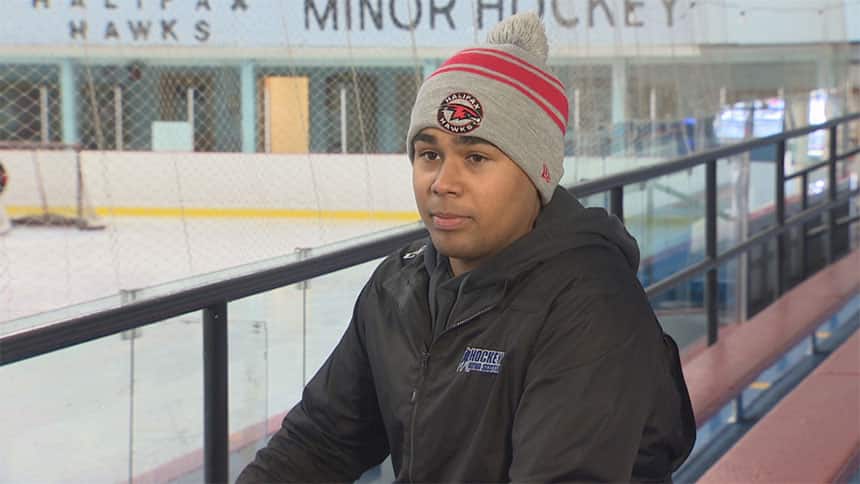 Mark feels his story was only taken seriously after he spoke to the media about it. (Image credit: Brian MacKay/CBC)

Here’s what we tried to do about it

In both instances, we tried to get it to stop.

At the game, we notified the referees and my dad told tournament organizers.

At the hotel, we reported it to the front desk and the police were called.

The players didn’t face any consequences.

Then I discovered I wasn’t alone

I felt disappointed that this wasn’t taken seriously.

Thinking about other kids who might face a similar situation, my dad and I decided to reach out to the local CBC.

It got national attention and professional hockey players like Kevin Weekes and P.K. Subban posted about it on social media. 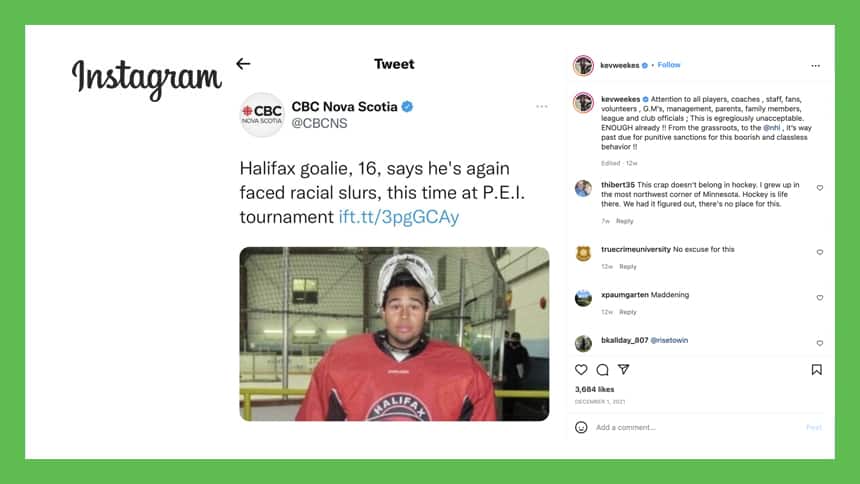 Other players in the hockey community, internationally, and from other sports, shared similar  experiences with me.

This made me realize I was not alone.

It also made me realize that being a Black hockey player means having resiliency and toughness and the ability to persevere in ways others cannot. 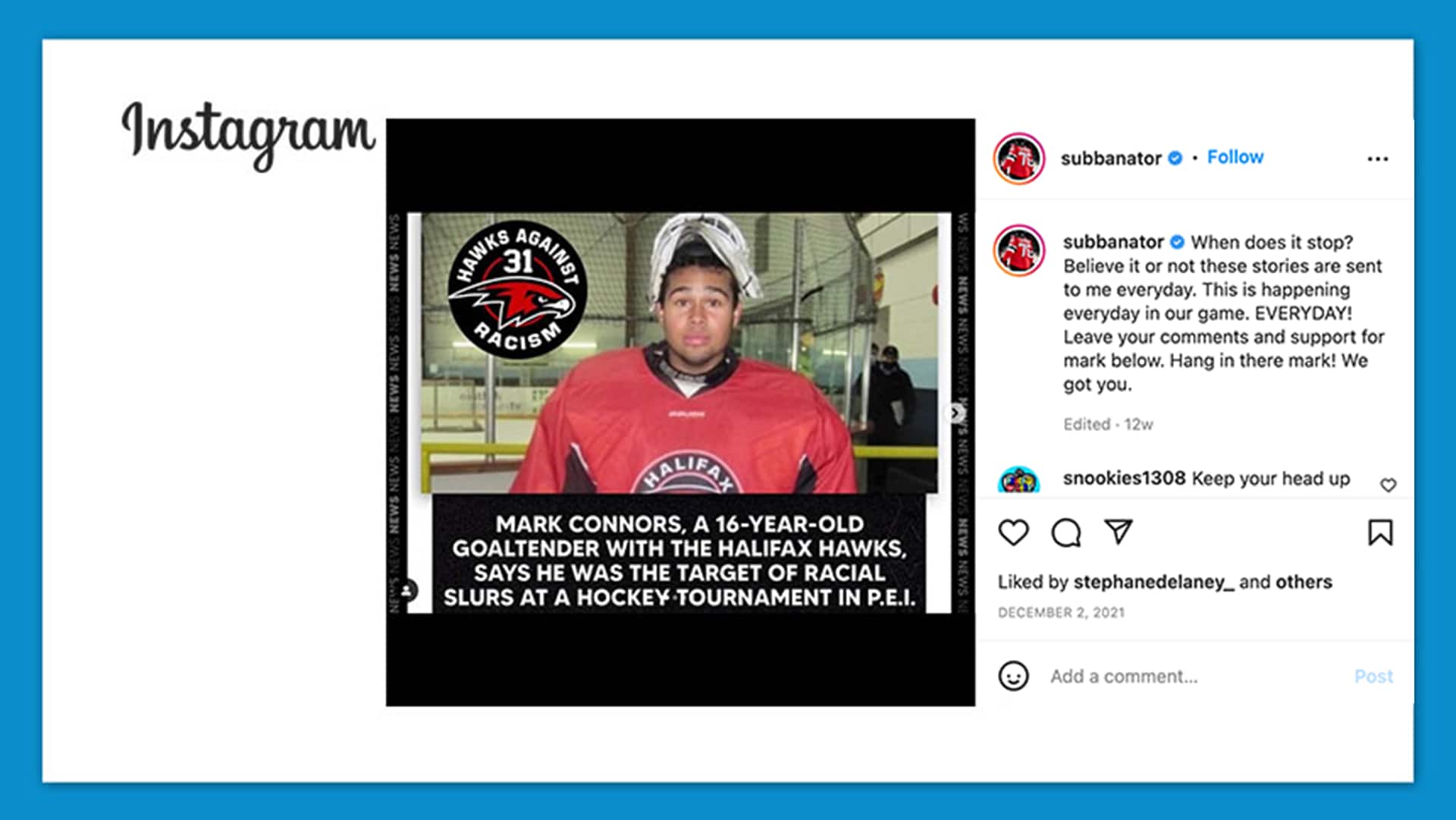 Only then did I feel like Hockey P.E.I. started to take me seriously.

There was an investigation and a hearing from the Hockey P.E.I discipline and ethics committee.

The players at the Friday night game denied everything.

But the investigator said my story was more credible.

The other players have been suspended for 25 games and have to do anti-racism training.

That decision came three months after the initial incident. 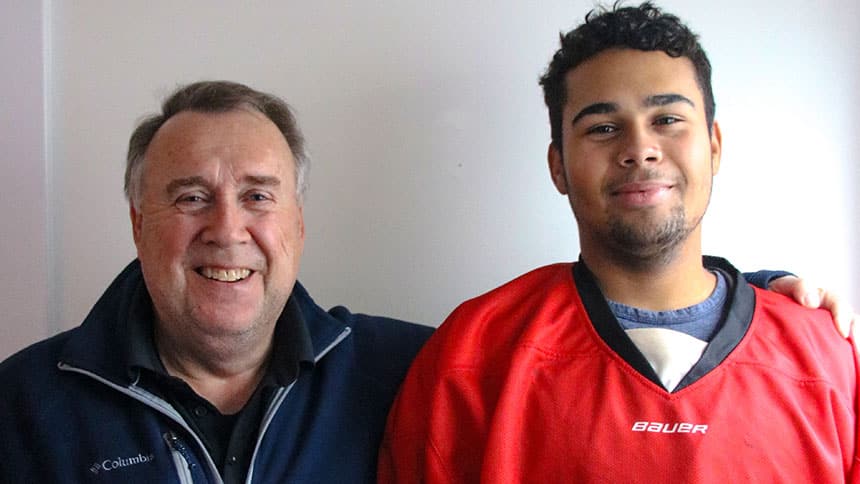 The system needs to change, not me

This process has left me feeling empty inside.

But I love to play hockey and the competitiveness of the sport.

Why should I give up the sport that I love to play because of a few bad people who are racist or ignorant just because of the colour of my skin?

The process to stop racist incidents when they happen has to be better to protect players of diverse backgrounds like me.

Education starts with the younger generation: teaching them that these words do hurt.

Staff, coaches and executives need to learn how to handle these situations and what steps they need to take to protect their players.

Just because of the colour of their skin, background, culture, it isn’t OK to make fun of people. 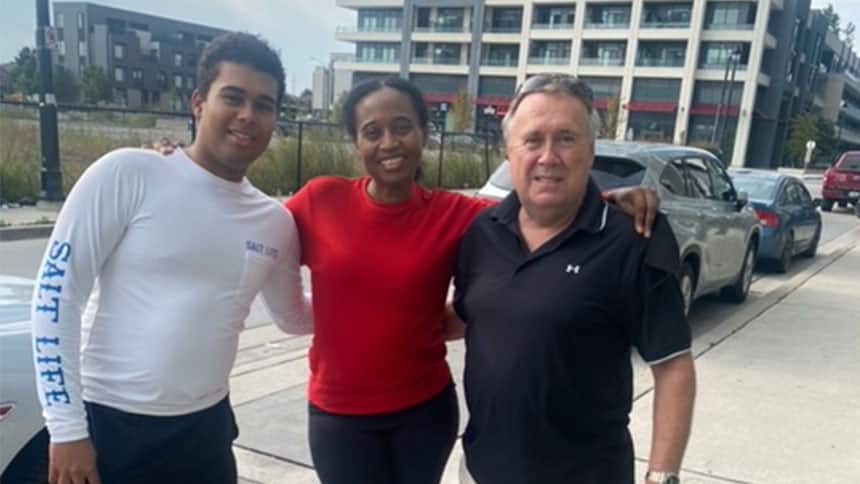 Mark stands for a photo with his parents in October 2021. (Image submitted by Wayne Connors.)

Advice for other players

This could happen to another young player in the future.

Here’s my advice: If kids hear these words, report the incident to a coach or game officials and ask that they deal with it then and there.

We are not going to eliminate racism, but we can minimize these types of incidents in the future.

This game is for all and I belong in this game.

Do you have a first person or an opinion piece you’d like to share with the CBC Kids News audience? Here’s what we’re looking for:

Mark Connors
Contributor
Mark Connors is a Grade 11 student in Halifax and a goalie in the U18 AA league. He also enjoys playing baseball and hopes that one day racism will be eliminated. 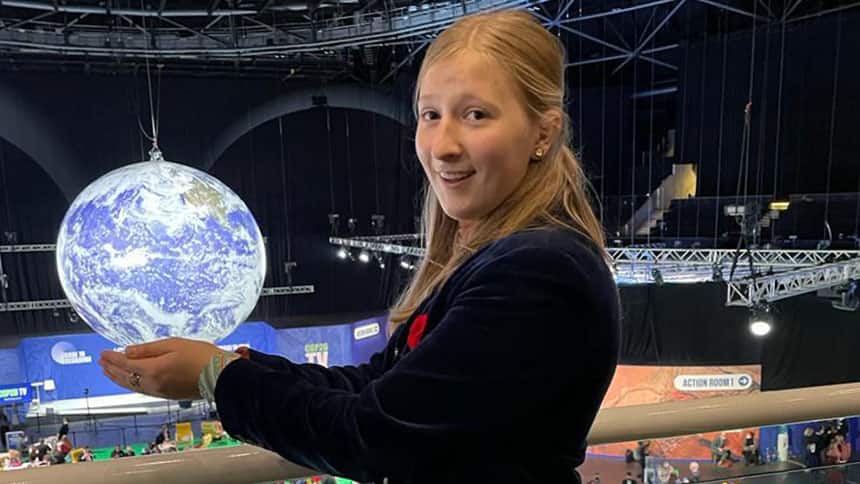