Fashion and activism at this year’s Emmy Awards

Our favourites, just for you

Puffy gowns, printed suits and sportswear were all the rage at this year’s Emmy Awards.

The stars you see on your TV screen brought looks that spanned from fashion to activism to the gold carpet. 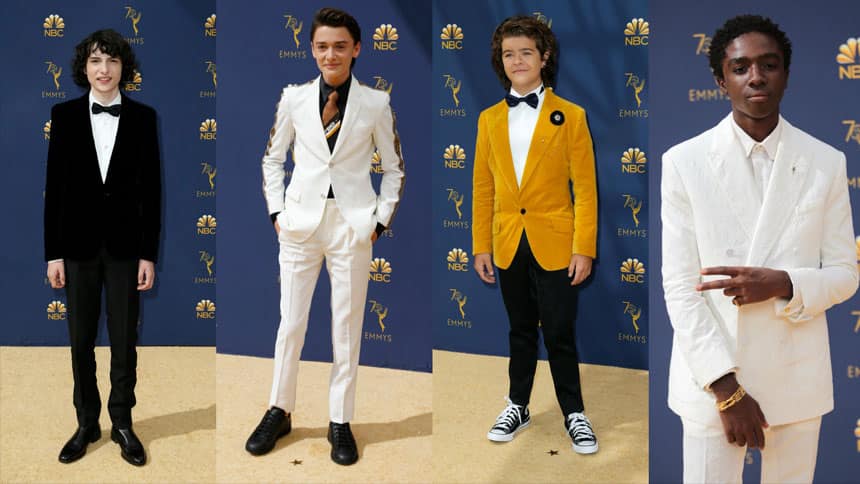 You probably recognize (left to right) Finn Wolfhard, Noah Schnapp, Gaten Matarazzo and Caleb McLaughlin of Stranger Things, which was nominated for outstanding drama series. They were rocking suits that went from classic to colourful. (Kyle Grillot/Reuters) 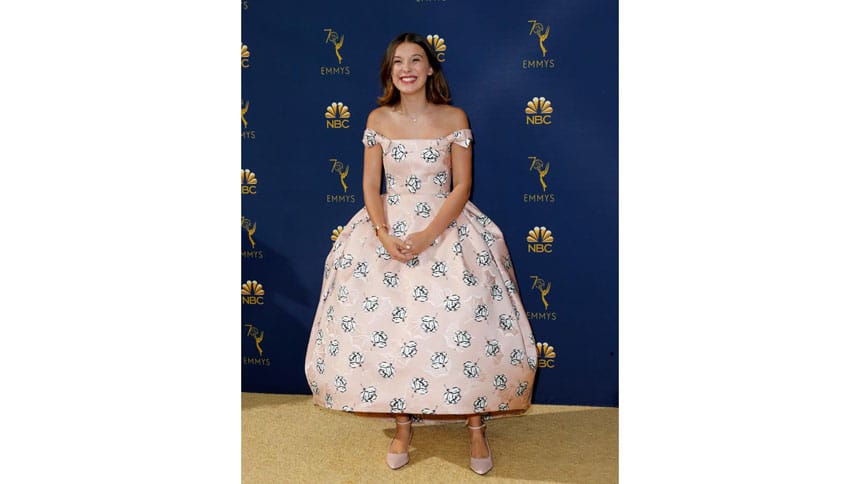 Stranger Things’ Millie Bobby Brown was also in attendance in this cupcake-chic dress by Calvin Klein. She was nominated for outstanding supporting actress in a drama series. (Kyle Grillot/Reuters) 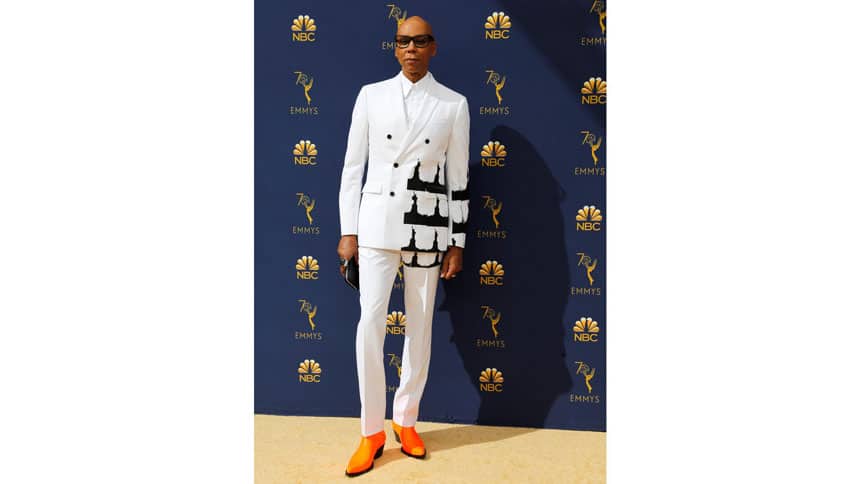 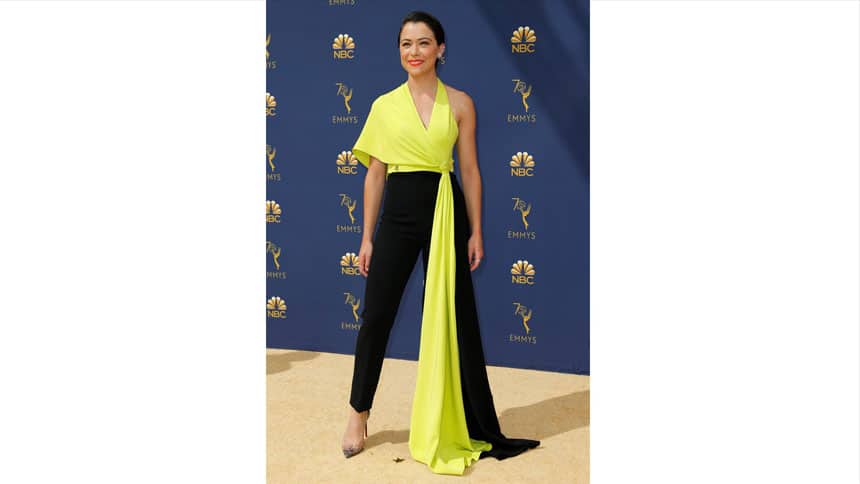 Canada’s own Tatiana Maslany sported a bright neon pantsuit with some interesting lengths on the beige carpet. Maslany was nominated for outstanding lead actress in a drama series for her role in Orphan Black, and was hopefully careful not to trip. (Kyle Grillot/Reuters) 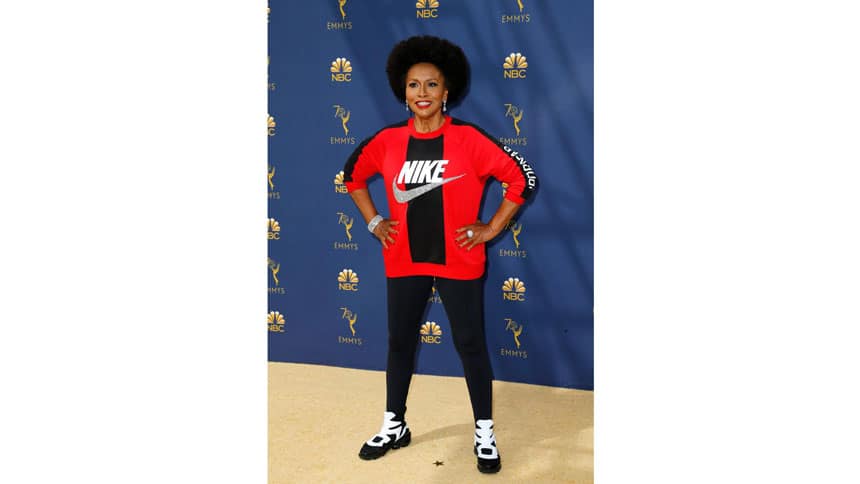 Jenifer Lewis of Black-ish chose to show her support for Nike and the latest face of their campaign, Colin Kaepernick, the NFL player who protested during the American anthem. Black-ish had three nominations, including outstanding comedy series. (Kyle Grillot/Reuters) 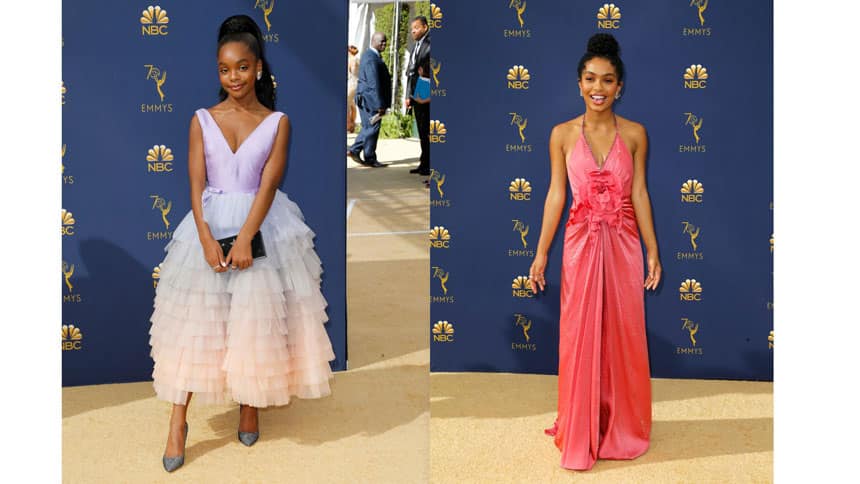 Also of Black-ish, Marsai Martinand Yara Shahidi hit the carpet with their vibrant looks. Shahidi in particular was praised online for rocking her unibrow at the awards. (Kyle Grillot/Reuters) 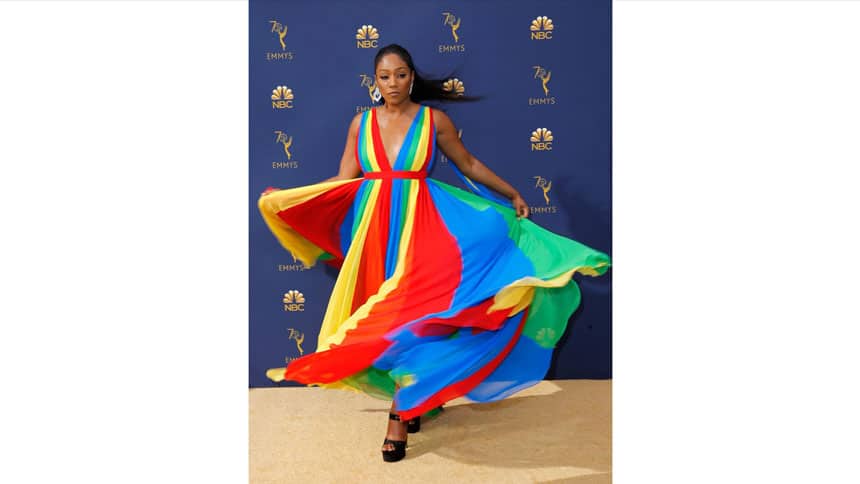 Another lively look came from Tiffany Haddish’s rainbow dress, which she wore to represent her Eritrean heritage. The colours in the dress actually stand for the colours in the Eritrean flag. (Kyle Grillot/Reuters) 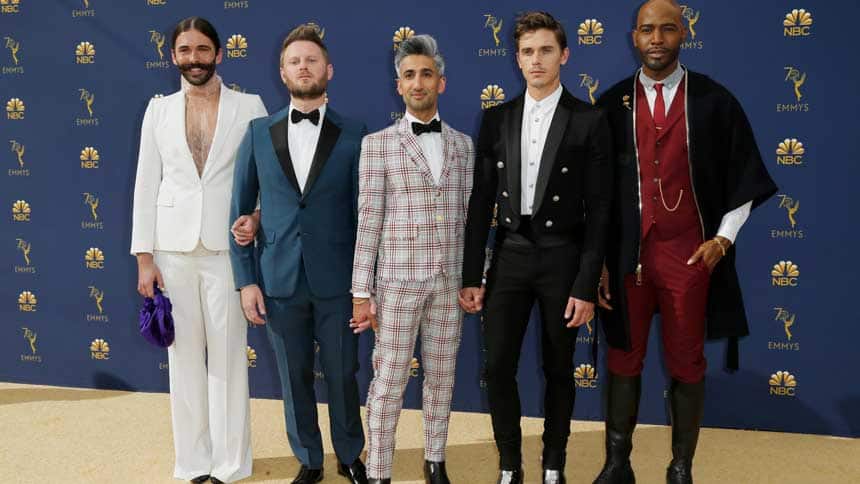 Some of the most eye-catching looks in menswear came from Jonathan Van Ness, Bobby Berk, Tan France, Antoni Porowski and Karamo Brown who make up the cast of Netflix’s Queer Eye. (Kyle Grillot/Reuters) 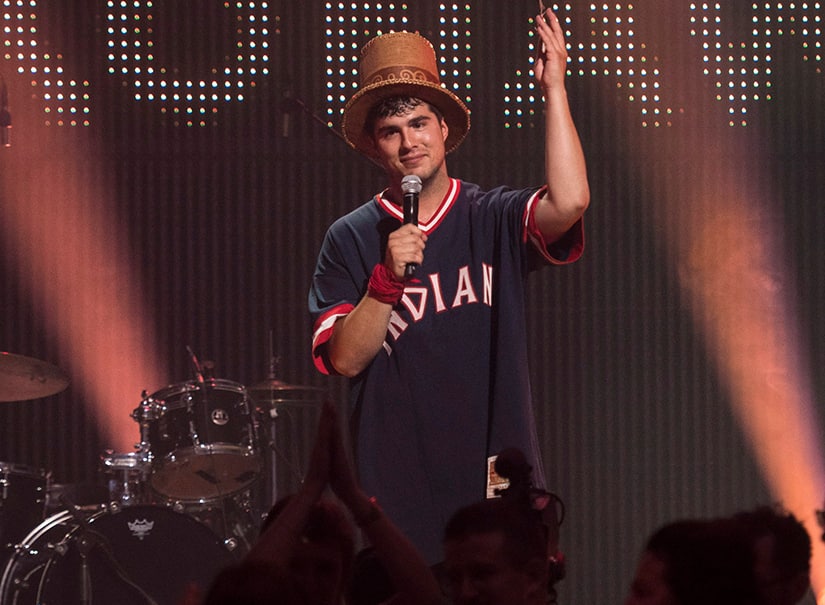 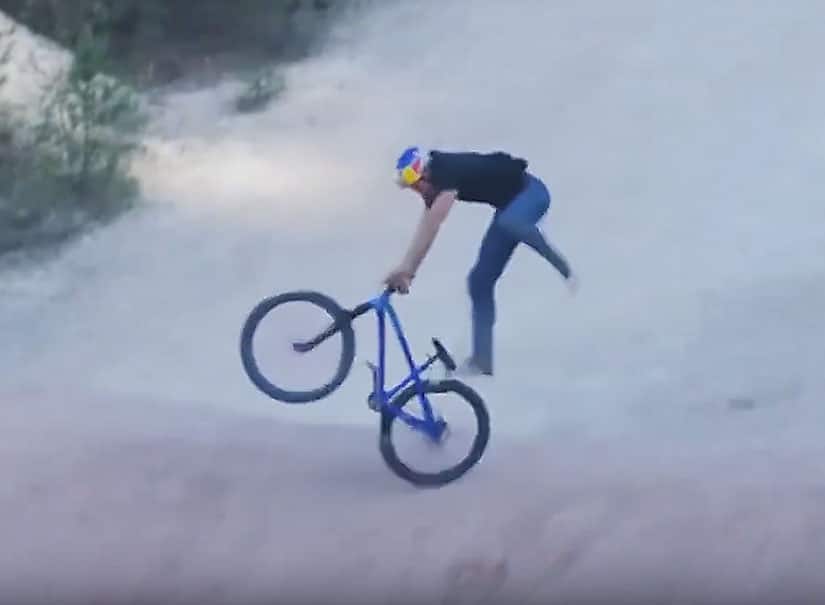