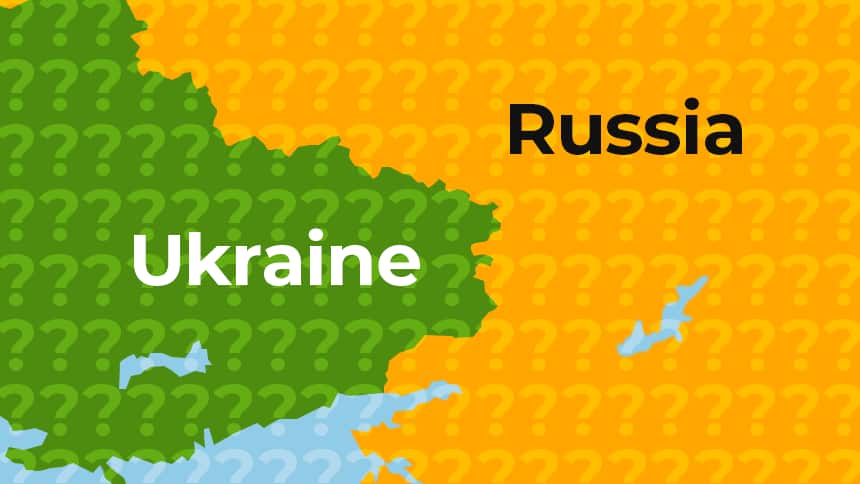 One week ago today, Russia declared war on Ukraine.

Since then, Russia has pushed closer into key Ukrainian cities and bombarded Ukraine with explosions, causing huge amounts of destruction.

More than one million people have fled Ukraine in what the United Nations Refugee Agency is calling the swiftest refugee exodus this century.

The conflict is complicated, and many Canadian kids sent CBC Kids News questions they want answered.

“The fact that kids are asking these questions gives me a lot of hope.” - Andrea Charron

We picked 10 of those questions and reached out to two experts for their thoughts:

Petra Molnar, an immigration and human rights lawyer who is currently working with refugees on the Ukrainian border in Hungary, and Andrea Charron, director of the Centre for Defence and Security Studies at the University of Manitoba.

CBC Kids News answered this question in our initial coverage, which you can find here.

It may be helpful for you to read the story above first to help make more sense of the questions answered in this article.

Molnar said that, with conflicts as complicated as this one, it’s really difficult to know when and how to intervene.

In this case, countries around the world are balancing helping Ukrainians with the threats of nuclear war.

“I think the world is scared, and up until recently, a lot of allies of Ukraine were afraid to take a tough position on Russia’s behaviour because they were afraid it would escalate the situation,” Molnar said.

This includes the many sanctions Canada and other countries have imposed on Russia to put stress on their economy, as well as the weapons, medical equipment and other resources being sent directly to Ukraine.

After the devastation of the Second World War, Charron explained that countries, including Russia, agreed not to challenge other countries’ borders.

She said that countries agreed to do this, even if the borders of some countries looked a lot different long ago.

Charron said that for Ukraine to give parts of their land to Russia, which Russia claims belongs to them, would be a violation of what was agreed upon and Ukraine’s right to sovereignty.

She also said that once countries start claiming land outside of their borders, it’s a slippery slope.

“We’ve agreed as states that we do not take territory away from each other, because otherwise we cannot function as a global community. Otherwise, we will have many more conflicts of aggression over borders.”

If Ukraine gave their land to Russia freely, it could also signal to Russia that they could continue to do it to other countries and get away with it.

CBC Kids News covered this question in an article published on Feb. 28, which you can find here.

Molnar said that China “has been neutral at best, and at worst, a direct supporter of Russia.”

She said their inaction has to do with China wanting to preserve their close relationship with Russia.

“One of the reasons they may not be taking a stance is because they feel like they benefit from their friendship with Russia and don’t want to jeopardize that.”

Charron said that, as part of their partnership, China and Russia don’t want the U.S. to be the most powerful country in the world anymore, and China wants to protect that partnership.

“China is not going to stop Russia because it keeps the U.S.’s attention busy and occupied, and this works in China’s advantage.”

“We’re seeing a lot of kids cross the border, usually with their moms because their dads aren’t allowed to leave Ukraine and are supposed to be fighting in the Ukraine military,” said Molnar.

She said that most of those kids and their moms are traveling by train, car and, some, by foot. Many are traveling day and night to get to safety.

They are headed to neighbouring countries like Hungary, Slovakia and Poland to stay with family or friends.

Those without connections in those countries are staying there only temporarily before moving on to other countries where they do have connections or can find more stable accommodations.

“I was at a refugee centre today that has been collecting diapers, food and toys, and all of the kids who come there have access to these things.”

“Unfortunately, there have been many instances of people of colour, Black people, Indian medical students, Chinese students, who have faced racism in their journey when they’ve tried to leave Ukraine,” said Molnar.

She said that she met a group of Nigerian medical students on Tuesday who worried about facing discrimination in their journey to escape Ukraine.

According to Molnar, it’s because systemic racism is still a huge issue in Ukraine and other parts of the world, and this changes the way people behave toward people of colour, even when they help.

“Unfortunately it is a reality and we really need to be aware of the experiences of people of colour as they move for safety.”

Canada says they’re willing to accept an unlimited number of people who want to leave.

The first is a new type of visa that will allow Ukrainians to come to Canada to live, work or study for up to two years.

However, Ukrainians won’t be able to apply for that visa for two weeks.

Fraser also announced the government is introducing an “expedited path” to permanent residency for Ukrainians with family in Canada.

Molnar said that kids should continue to “ask tough and hard questions.”

“I know it can be overwhelming, but it’s important to learn as much as you can and how it’s impacting real people, kids, families and everyone affected by this war.”

She said that developing empathy and understanding is how we, as a human race, can grow to be better and kinder in the future.

Charron agreed that kids should continue to ask challenging questions and keep themselves informed.

“The fact that kids are asking these questions gives me a lot of hope.”

However, she cautions kids to keep a critical eye, as there is a lot of misinformation going around.

“Keep an open mind. You’re going to hear all sorts of different stories about this conflict, and sadly not all of them are true.”

“Somewhere along the way, we learn to not appreciate each other or even hate people,” said Charron.

“That’s the advantage that you have at your young age, you can decide at your age not to be affected by that bias, and it’s something we need to work on every day. Sadly, a lot of adults have completely forgotten that. There is so much hope in the new generation.”

Molnar said that these conflicts can be impossible to understand, but there are ways to cut through the heartbreak.

“What helps me as someone working on the front lines, I always try to look for people who are helping and who are kind, and as difficult as these situations can be, there is always some sort of beauty and kindness to be found.”

Have more questions? ﻿Want to tell us how we're doing? Use the feedback link below.⬇️⬇️⬇️ 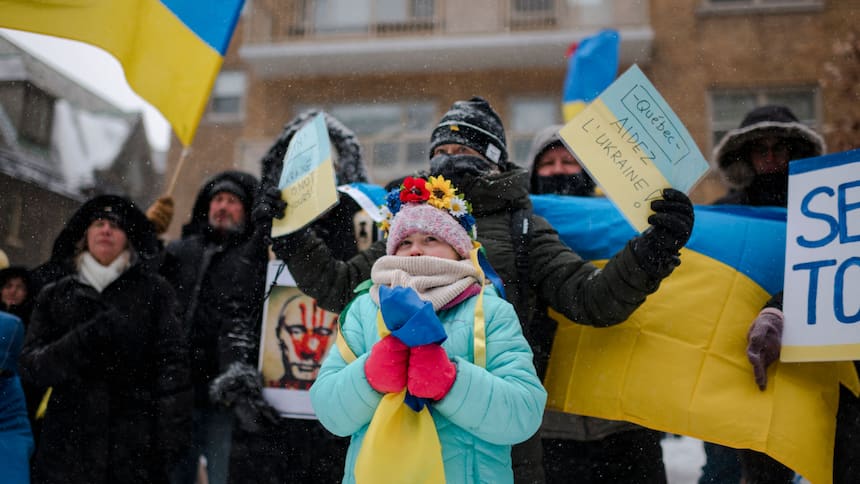