The team behind the first Frozen movie borrowed heavily from Indigenous Sámi culture without asking. When it came to the sequel, Disney tried to get it right. (Disney/The Associated Press)

A step in the right direction, says young Inuk filmmaker

When it comes to music, costumes and characters, both Frozen movies — the original and the sequel, which is in theatres now — draw on Indigenous culture for inspiration.

The difference this time around? Disney decided to ask first.

Following concerns that the original Frozen movie borrowed heavily from Sámi culture without proper consultation, the Walt Disney Company signed a formal agreement and worked with a team of local Indigenous experts, in the hopes of getting it right with Frozen II.

The Sámi people are indigenous to Scandinavia, which is in northern Europe.

“It has been a wonderful collaboration. So respectful,” said Sámi filmmaker Anne Lajla Utsi, speaking to CBC Kids News from Norway. 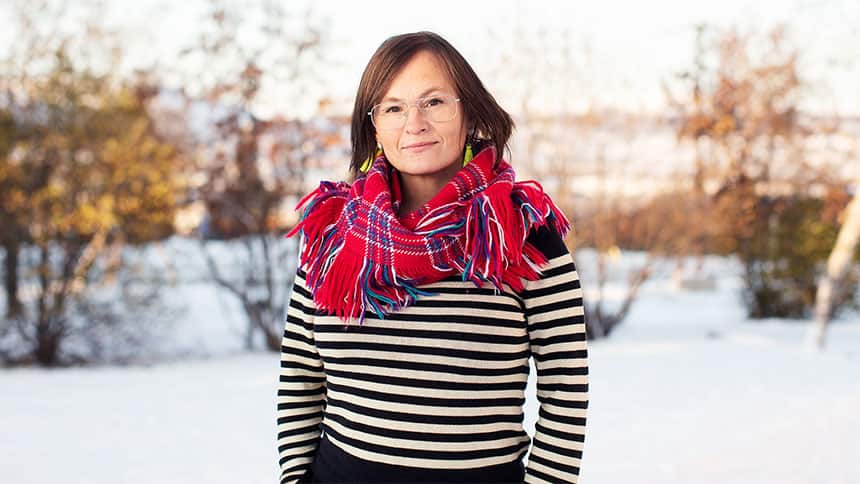 While the Disney collaboration was important, Anne Lajla Utsi says Indigenous filmmakers also need to be empowered to tell their own stories. (Marie Louise Somby)

Utsi, who helped advise Disney in her role as the managing director of the International Sámi Film Institute, said the team behind Frozen II took the consultation with her people “really seriously.”

“They wanted to make it right,” she said.

What did Disney do to honour Sámi culture in Frozen II? 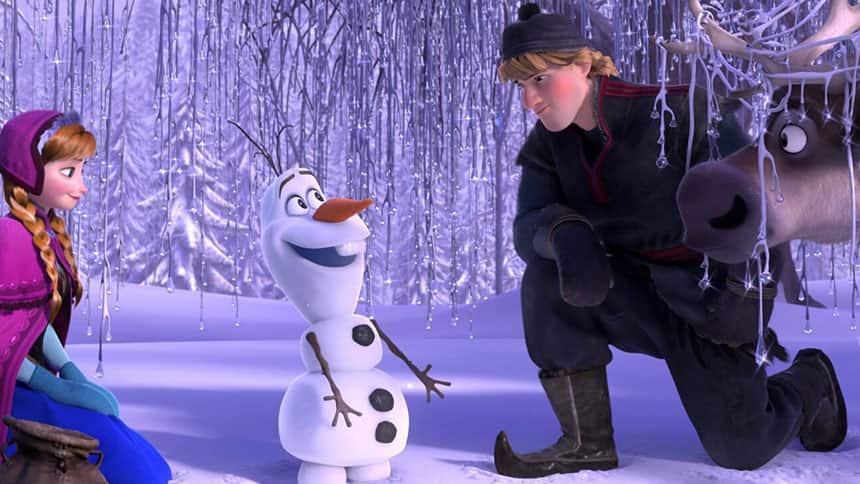 The design for Kristoff’s clothing, right, in the first Frozen movie is "not exactly how we would have done it," said Sámi filmmaker Anne Lajla Utsi. (Disney/The Associated Press)

Disney’s decision to try and make things right with the Sámi people resonated with another Indigenous filmmaker — this time in Canada’s North.

"It's an appropriate start," said Inuk filmmaker Isaac Strickland in an email to CBC Kids News.

"Disney has no right to be portraying Indigenous cultures ignorantly, without research," said Strickland. 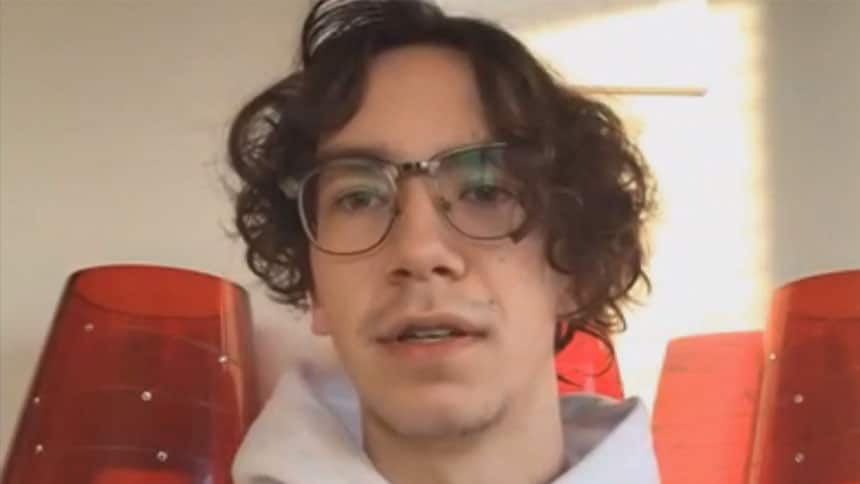 The 19-year-old from Iqaluit, who co-directed a recent documentary called Playing Through Blizzards: Football in the Arctic, said he knows what it's like to have his culture misrepresented in pop culture.

"I have seen 'humorous' depictions of Inuit in cartoons and comedic sketches far too many times," he said.

Those kinds of representations spread misinformation about how modern Inuit people live, he said. 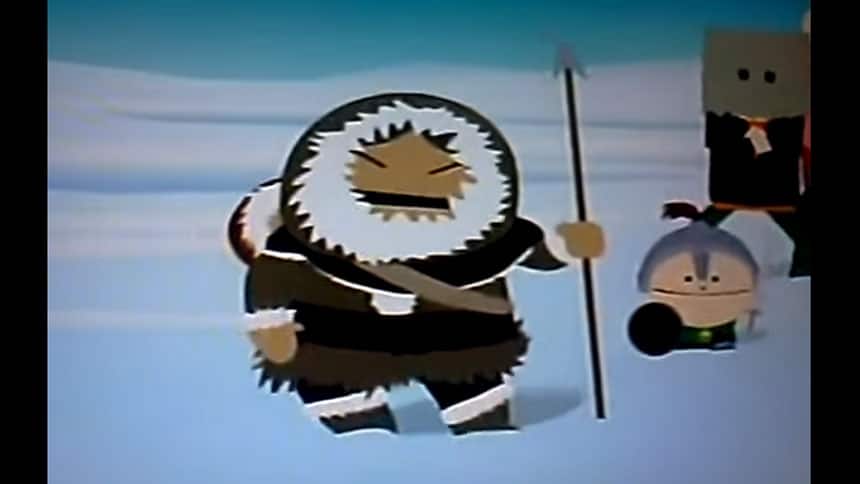 ‘Eskimos are good for nothing,’ says one of the characters in this episode of South Park, taken from YouTube. (Unclej58/YouTube)

The proof, Isaac said, is in the kinds of questions he and his friends have to answer almost every time they travel to southern Canada.

Questions like: "Do you live in an igloo? Do you have a pet polar bear?"

Disney's agreement with the Sámi is a step toward fighting that kind of ignorance, he said. 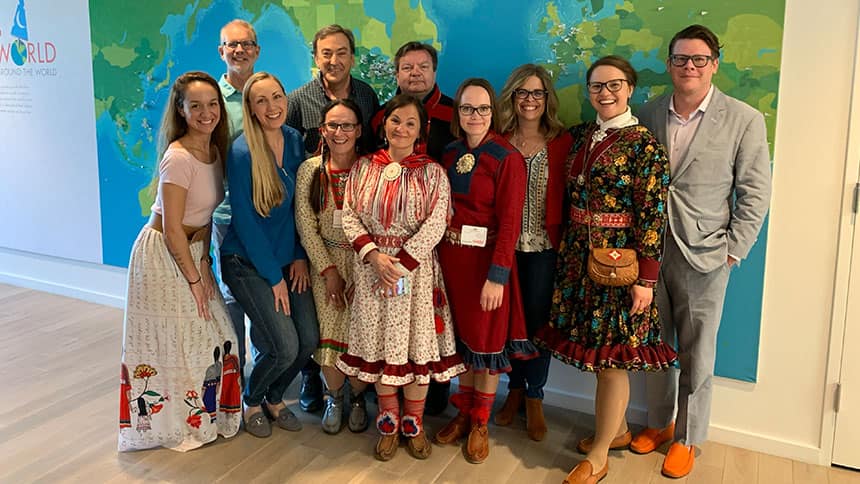 Utsi said she hopes other movie companies follow Disney’s “groundbreaking example” the next time they borrow from Indigenous cultures.

“Nothing about us without us,” is a good rule of thumb, she said.

Ultimately, Utsi said, Indigenous filmmakers need to be empowered to “strengthen our own voices.”

Strickland agreed that supporting Indigenous filmmakers who are “rich in the knowledge of their culture,” is the key to moving forward.

With files from John Last/CBC News 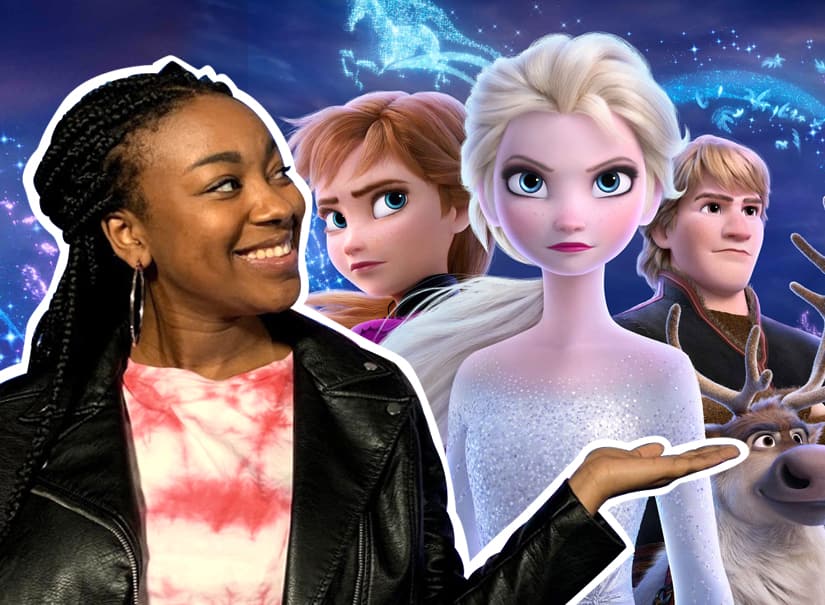