Using a preserved specimen of a dinosaur butt, scientists made some surprising discoveries about how they may have worked. (Image credit: Bob Nicholls/Paleocreations.com 2020)

Scientists just learned a lot more about dinosaur butts. Here’s what they found

New science is shedding some light on where the sun don’t shine.

For the first time, scientists at the University of Bristol in the U.K. have used a dinosaur specimen to learn about how dinosaur buttholes — also known as cloacas or vents — may have worked.

The study, published Jan. 19, suggests that dinosaurs may have used their cloacas (pronounced clowh-AY-kuh) to attract mates and communicate with smell.

What’s the fuss about dino butts?

Although most mammals, like humans, have different openings for different functions (i.e., mating, pooping and peeing), most vertebrate, including dinosaurs, do all three from one opening — their cloaca. 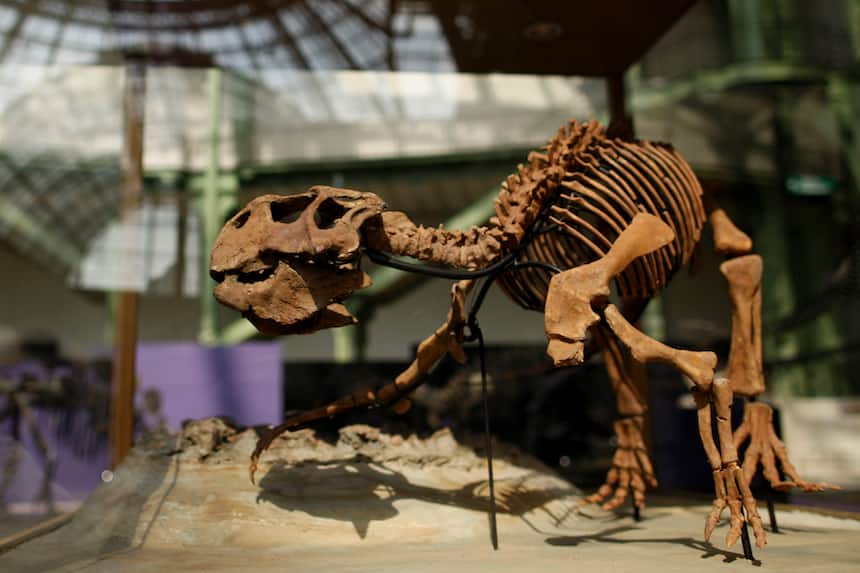 The skeleton of a Psittacosaurus, a type of dog-sized dinosaur whose cloaca was examined for the study. (Image credit: Benoit Tessier/Reuters)

Until now, we’ve known a lot about what dinosaurs probably looked like: They sported horns, scales and feathers, but we haven’t known anything about the appearance of their cloaca.

Scientists were able to find out more about dinosaur butts using the first, and only known, preserved specimen of a cloaca.

The specimen was from a dog-sized dinosaur called Psittacosaurus, which lived roughly more than 100 million years ago and is on public display at the Senckenberg Museum in Frankfurt, Germany.

It was discovered in China nearly 20 years ago, but scientists are only now taking a closer look at its cloaca.

The scientists found that the outer ring of the cloaca was highly pigmented with melanin —  in other words, it was colourful. 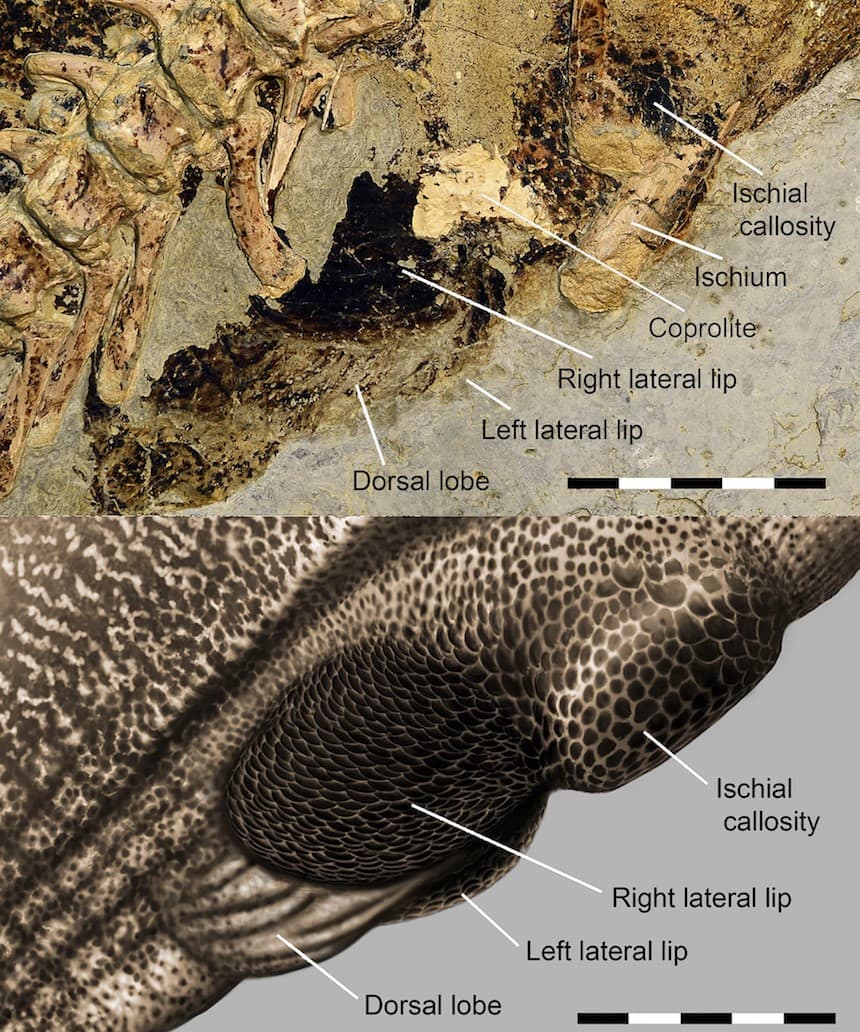 A closeup of the preserved dinosaur’s cloaca, top, and the study author’s reconstruction of it, bottom. (Image credit: Jakob Vinther, Robert Nicholls and Diane A. Kelly).

Discovery is a ‘game changer’

Because of this pigmentation, the scientists argued that the dinosaur butt may have played a role in “visual signalling,” similar to the butts of living baboons and breeding salamanders.

Scientists say this was done possibly for mating and courtship.

They also argue that the large, pigmented lobes on the sides of the cloaca could have harboured scent glands, just like alligators and other living crocodilians.

The scientists say that the new findings are “a game changer,” and the fact that they now know that some dinosaurs were signalling with their butts will lead to more research into dinosaur courtship.