Coronavirus: When will this end?

Officials starting to discuss what happens next

When will life go back to normal? We’ve received a pile of emails from you asking that question.

The good news is that Canadians have done such a good job flattening the curve — or preventing everybody from getting sick with COVID-19 all at once — that officials are starting to talk about easing up on physical distancing measures.

The bad news is that any relief is likely still weeks away, and it may not be permanent — we could see a tightening of restrictions again in the fall.

Still, there’s hope on the horizon.

Canadians have been living with strict physical distancing measures for more than a month in the hopes of slowing down the spread of the coronavirus, which causes the COVID-19 illness. Noah Rosello, 8, from Mississauga, Ont., wants to know when life will get back to normal. (Lurie Carrera Otero)

Officials in some provinces, including British Columbia, Saskatchewan and Quebec, have started talking about easing restrictions — but only if the number of COVID-19 cases continues to drop.

"The reality is, it is going to be weeks still,” said Prime Minister Justin Trudeau during his daily briefing on April 14. Remember when you didn’t have to yell across the street to catch up with a friend? Officials are saying strict physical distancing measures won’t last forever. (Maranie Staab/Reuters)

“We’re not quite there yet,” said B.C.’s provincial health officer Dr. Bonnie Henry, but "I believe this summer, we will have the opportunity to have way more social opportunities.”

There’s no clear answer to this one yet, and the final decision may depend on which province or territory you live in. 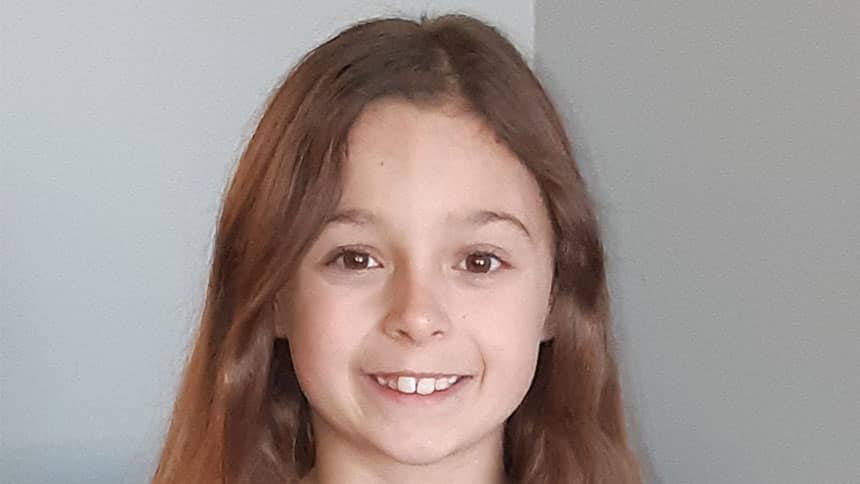 Keira Antinori, 8, from Hamilton is wondering when she can go back to class. (Allysa Antinori)

On April 2, New Brunswick released a statement saying schools will likely remain closed for the rest of the school year.

Meanwhile, one province over in Quebec, Premier François Legault said on April 10 that his government is “not excluding the possibility” of reopening schools as early as next month.

Legault eventually scaled that prediction back, saying he would wait for confirmation that it was safe to do so before making any big decisions. 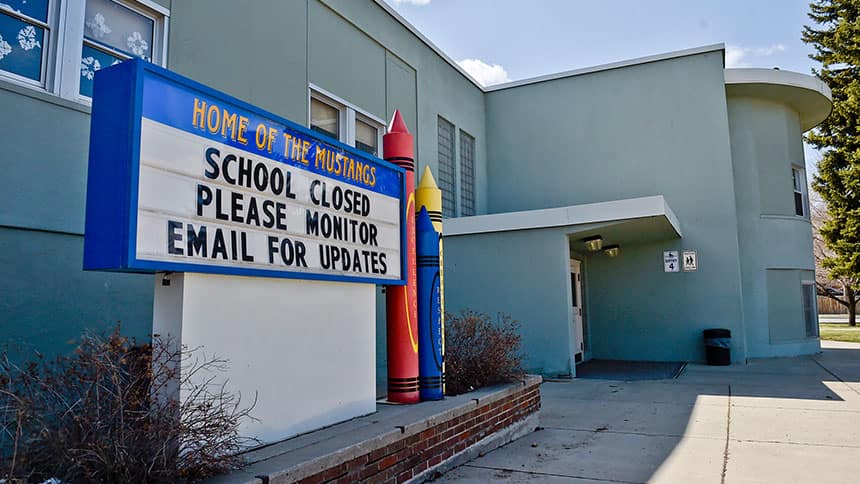 Schools all across Canada are currently closed in an attempt to slow down the spread of the coronavirus. (Thom Bridge/Independent Record via The Associated Press)

Why doesn’t everybody agree?

Because the coronavirus is so new, there isn’t a lot of research available to help officials make these big decisions.

Some studies say kids play a big part in spreading the disease, even though their own symptoms are usually mild.

Other researchers suggest keeping schools open hasn’t been proven to make the situation that much worse, so kids should be allowed back to class.

For now, public health officials in Canada are calling the shots, based on the best available information. 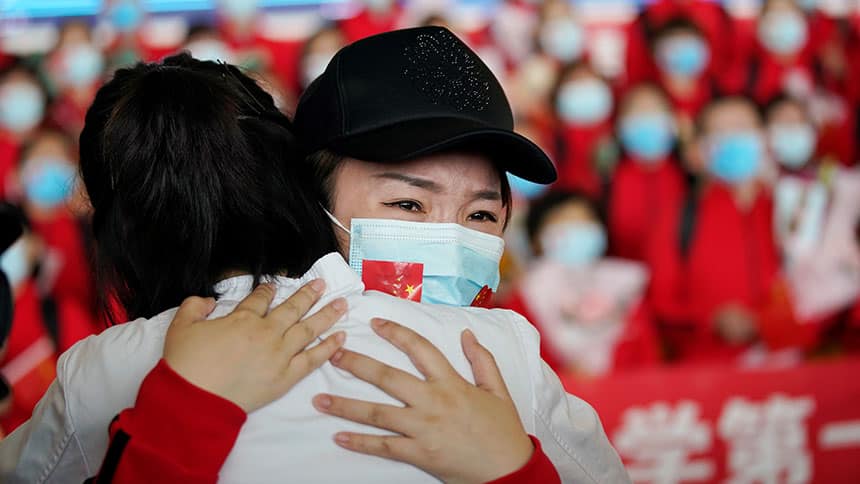 When the lockdown in Wuhan, China, was lifted on April 8, people were able to travel again, which made for some happy reunions. (Aly Song/Reuters)

On April 8, the lockdown in Wuhan, China — the city where the virus was first identified — was lifted.

This meant that for the first time in 11 weeks, people were allowed to leave their homes for tasks that weren’t considered absolutely necessary.

Why were the restrictions lifted? Because the number of new COVID-19 cases dropped dramatically.

Other good news on the horizon? Click here to read about a possible coronavirus vaccine. 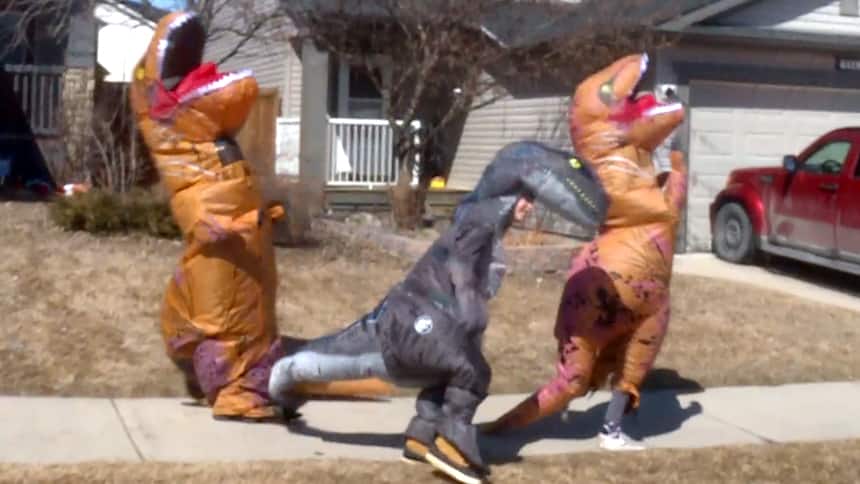 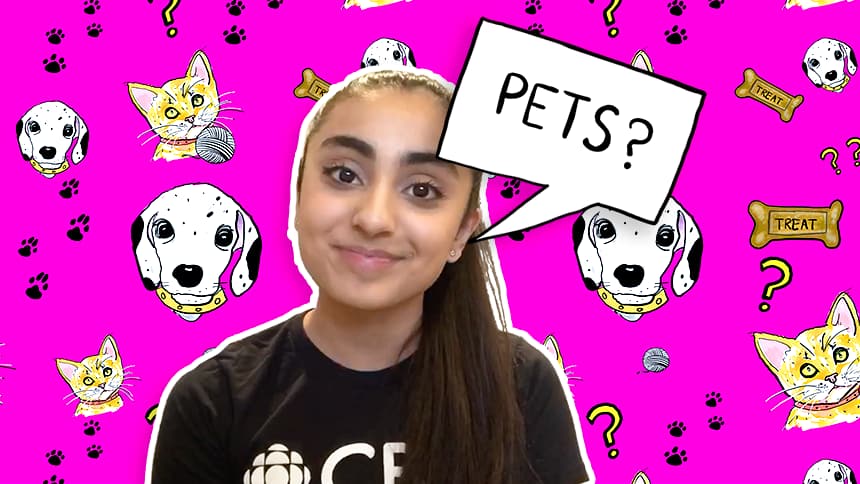 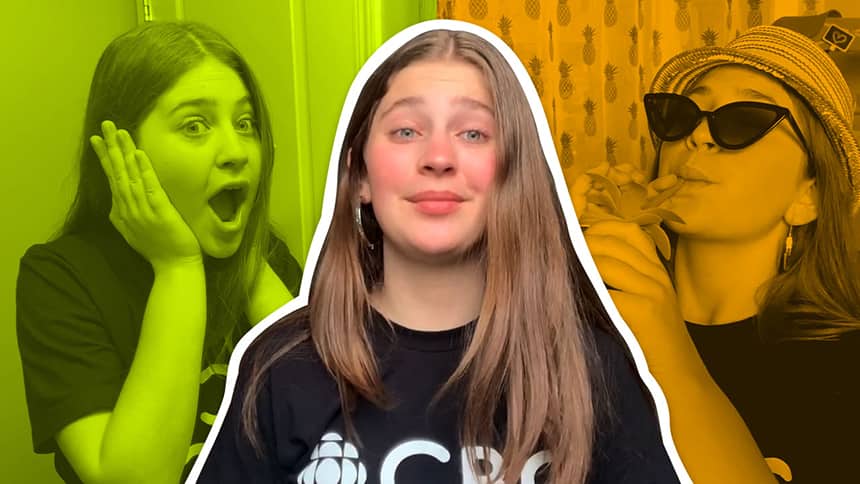