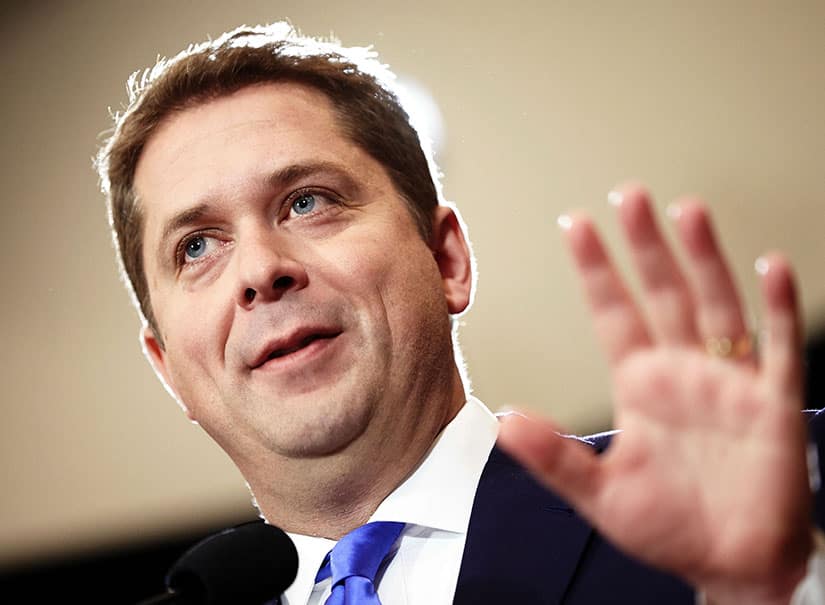 Although two teens interviewed by CBC Kids News disagree somewhat on the reasons behind Andrew Scheer’s failure as Conservative leader, they agree that his decision to leave could help unite the party. (Geoff Robins/AFP/Getty Images)

Scheer announced his resignation on Thursday

He may only be 15 years old, but Joshua Hart considers himself “a life-long conservative” who follows politics “like a religion.”

That might help explain why he was paying attention on Thursday when the news came out that the leader of the Conservative Party of Canada, Andrew Scheer, is stepping down.

“The biggest issue with Andrew Scheer is he doesn’t have the charisma of Justin Trudeau,” said the Grade 10 student from Calgary. 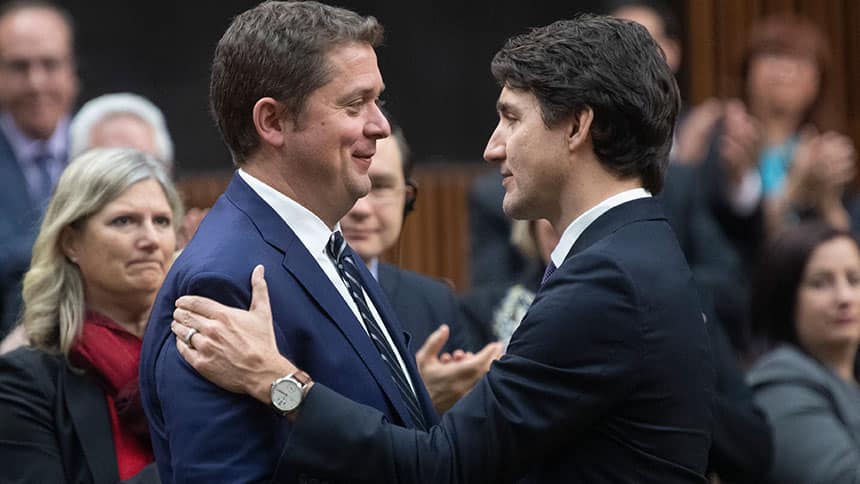 Although he did make gains for the party, Scheer ultimately lost to Liberal Leader Justin Trudeau during October’s federal election.

Many were surprised by Scheer’s loss, saying it should have been an easy win for him, especially given the revelation midway through the election campaign that Trudeau had dressed in blackface — more than once.

Scheer was a “pretty decent leader,” Josh said, but he simply “failed to connect with voters.” 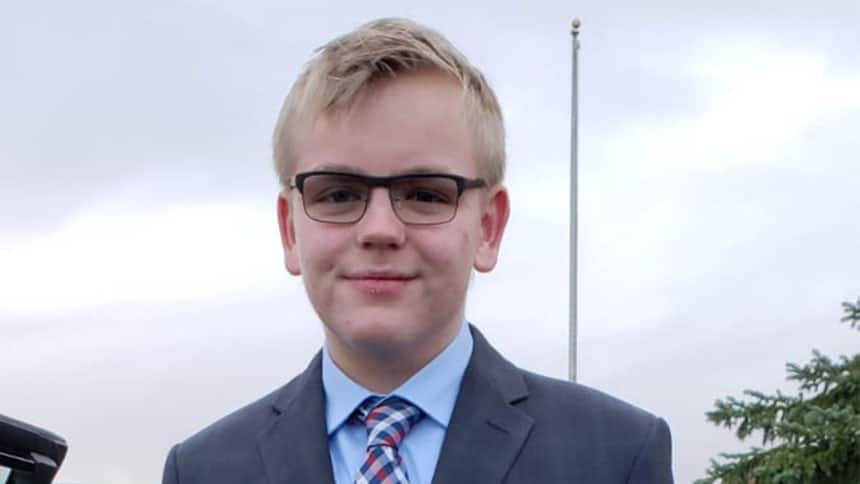 Joshua Hart, 15, from Calgary, says he hopes the next leader of the Conservative Party of Canada is somebody who really understands Alberta’s needs. (Cam Hart)

The fact that Scheer hesitated to clarify his personal views on abortion and same-sex marriage on the campaign trail also hurt his chances at a win, said Josh.

Josh said as a “moderate” conservative, he thinks a woman should be allowed to end a pregnancy and that it’s OK for a man to marry a man and a woman to marry a woman.

He said Scheer didn’t do enough to reassure voters that he wouldn’t re-open the debate on those issues, despite his personal views.

Esther Uhlman, 15, from Torbrook Mines, N.S., disagrees that the abortion and same-sex marriage issues hurt Scheer during the campaign.

“People are looking for a leader who will stand up for what he or she believes in" and will not change that view because it's controversial for some people, she said. 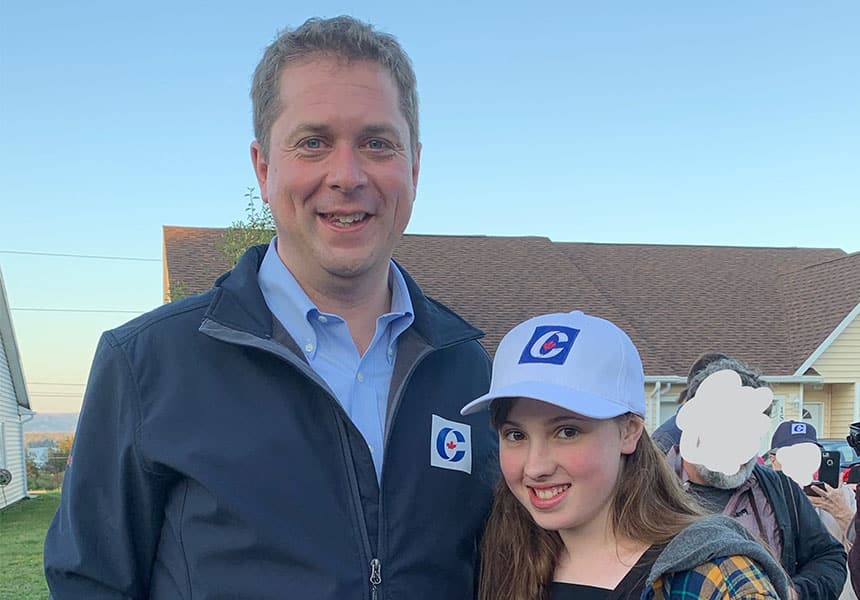 Some party insiders, including Kory Teneycke, who used to work as the communications director for former prime minister Stephen Harper, had another theory as to why Scheer was leaving.

Teneycke blamed a decision by the Conservative Party to help Scheer pay to send his kids to private school in Ottawa.

Dustin van Vugt, executive director of the Conservative Party, said “all proper procedures were followed” when it came to giving Scheer the private school money. 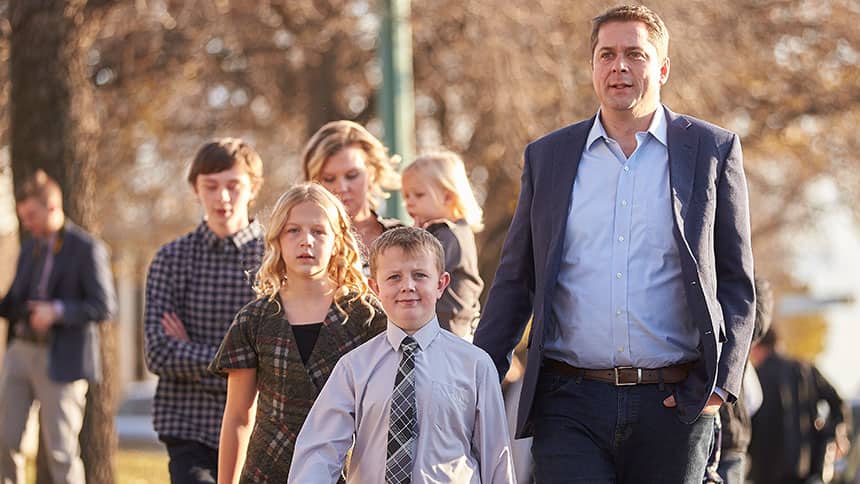 As for Scheer, he said he resigned because “it was time to put my family first.”

Scheer said he’ll stay on as leader until a new one is chosen by Conservative Party members (who can be as young as 14!)

He’ll also continue to represent his riding of Regina-Qu’Appelle in Saskatchewan “for the near future.”

Esther, who is a member of the federal Conservative Party as well as the Progressive Conservative Party of Nova Scotia, said the “loss of a good leader” is disappointing, but the change will help ensure that the “party stays united.”

Scheer’s decision to leave was the “responsible choice,” Josh said.

It’ll “serve the party well” to have a stronger leader in place long before the next election is called, he said. 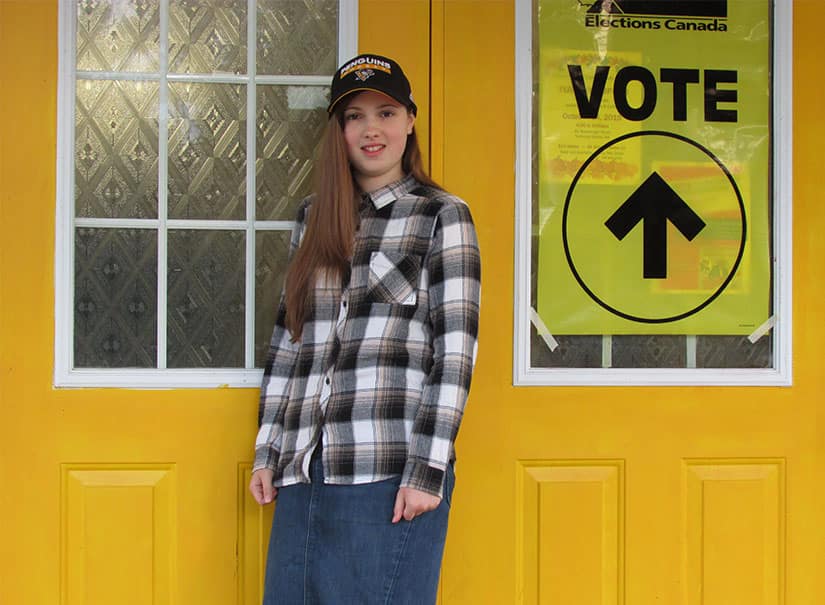