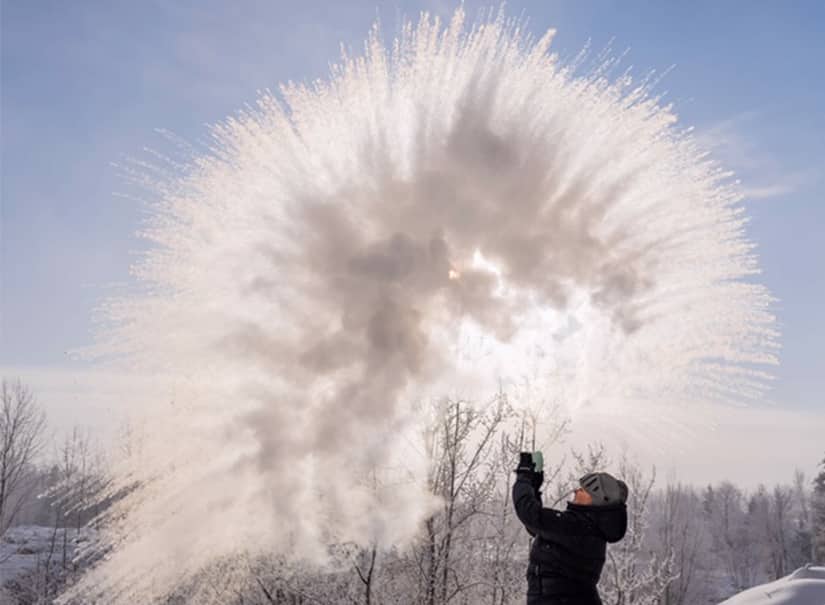 This trick, which involves throwing boiling water into the air on a freezing cold day, got a lot of play on TikTok, Instagram and Twitter this week. (Shawna Hamilton/CBC Daybreak North/Twitter)

What do you do when confronted by a big snowstorm in a place that doesn’t get much snow? You get creative.

When Vancouver was covered in snow this week — more than three times the amount the city usually gets in the whole month of January — this guy decided to use a lawn chair to clear the sidewalk. 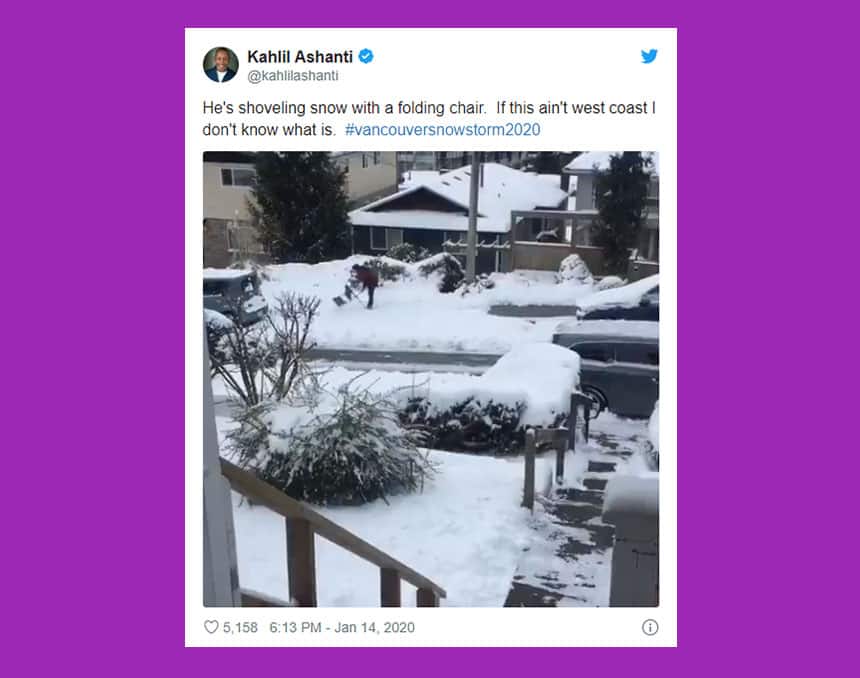 I guess Vancouverites don’t have extensive shovel collections, the way many other Canadians do.

But they do seem to share that Canadian enthusiasm for helping out in a crisis.

When a public transit bus got stuck in Vancouver on Jan. 15, these pedestrians jumped at the chance to help push it out of a snow drift. 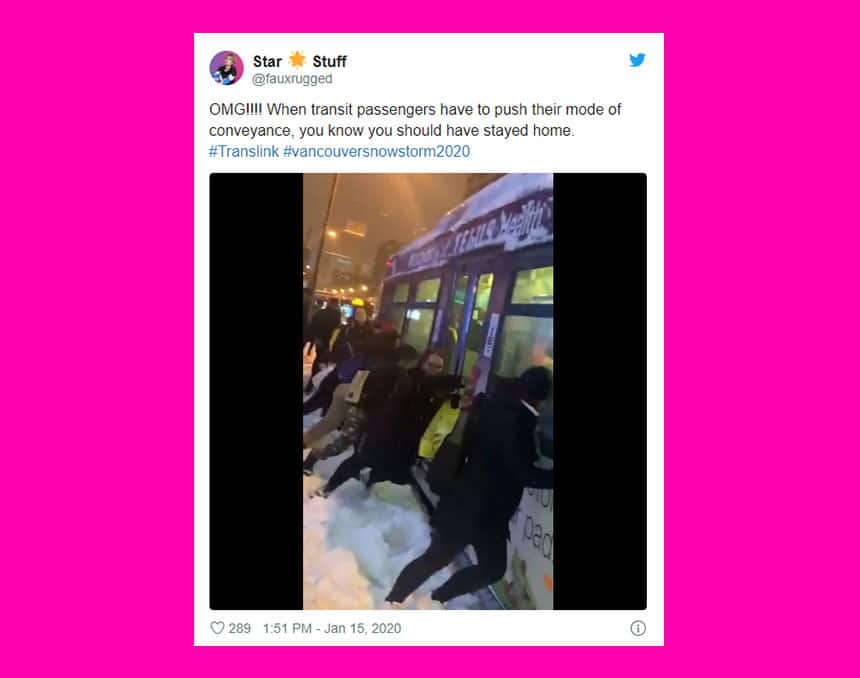 Vancouver kids even got a day off school on Wednesday, which is pretty rare for kids in that part of the country, and they took advantage by building forts and hitting the slopes. 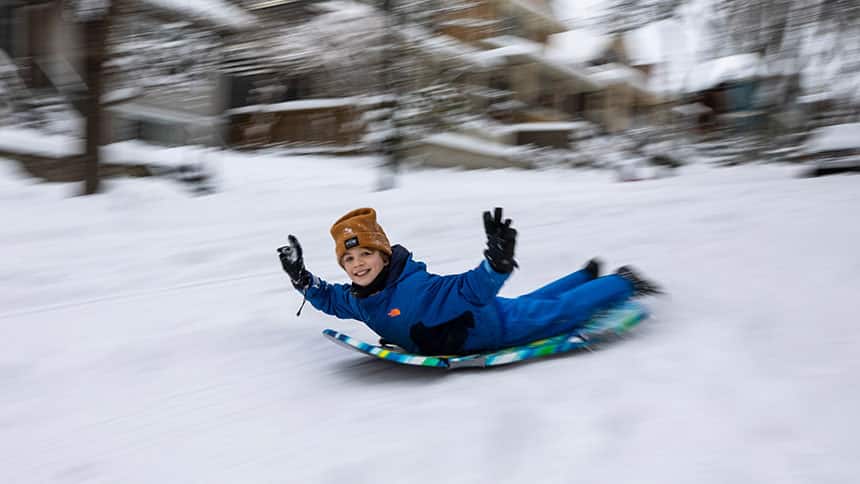 It was so snowy in Vancouver on Jan. 15 that schools were closed, and many streets, too, which meant kids could play in the middle of the road without worrying about traffic. (Ben Nelms/CBC)

Kids weren’t the only ones lovin’ the white stuff in B.C. this week.

The otters at the Vancouver Aquarium had a ball. In other parts of Canada, the creatures — animal and human alike — were not so happy with extremely cold temperatures.

Edmonton was more than twice as cold as Antarctica on Thursday, with the wind chill making it feel like –50 C in some places.

It was a little warmer in Calgary on Wednesday, but still cold enough that the penguins at the zoo had to stay inside for three days in a row. 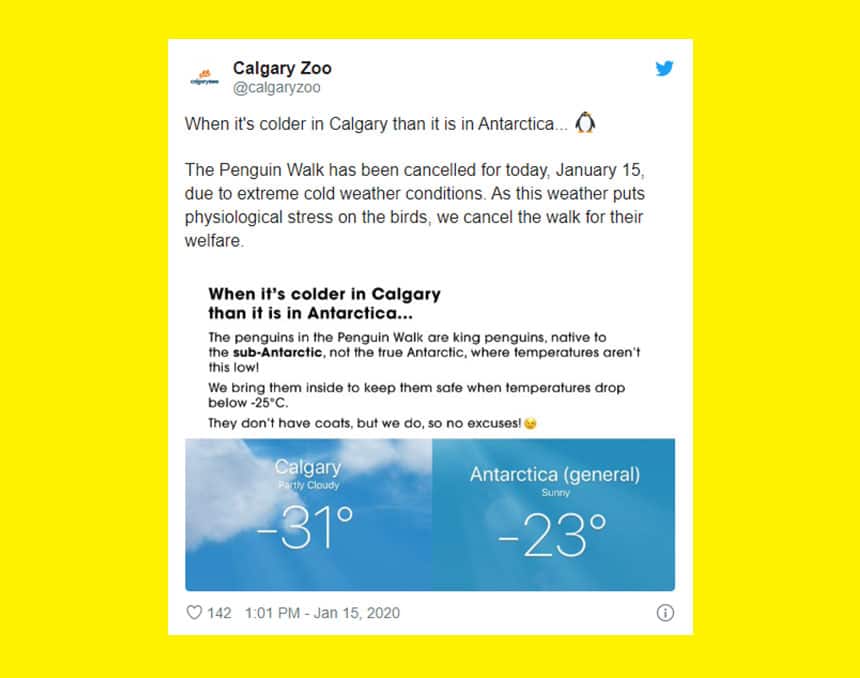 Albertans took the deep freeze in stride by getting artsy. 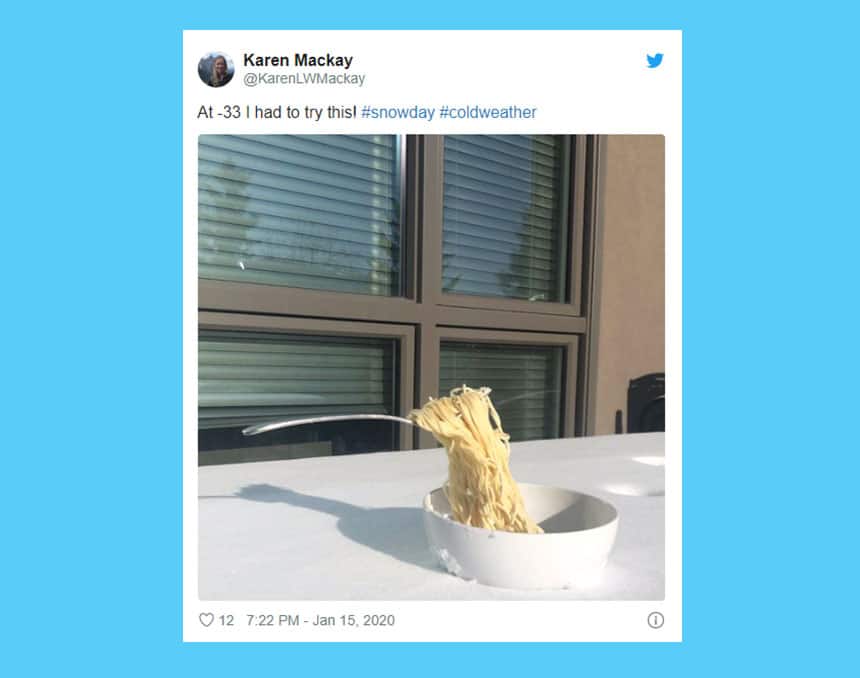 It was frigid in Saskatchewan, too, with school buses grinding to a halt in a number of places. 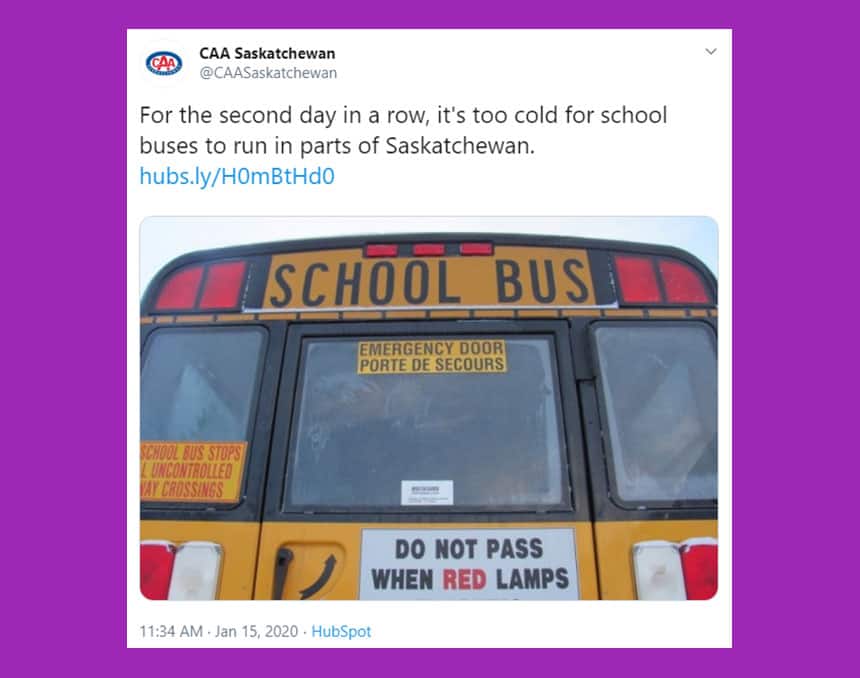 And in Newfoundland, the drama continues today, with high winds and heavy snowfall.

At 11 a.m. NT, officials declared a state of emergency in the city of St. John’s as a massive snow storm moved across the province.

All businesses were closed and drivers were told to stay off the roads.

Forecasters were calling for up to 75 centimetres of snow in some places, which is the same as two and a half school rulers … and probably taller than your dog! 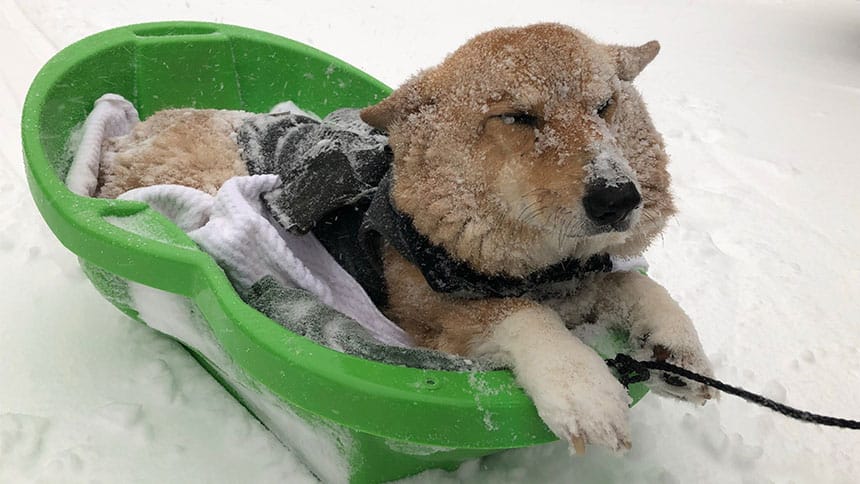 How do you take your dog for a walk in a blizzard? In St. John’s, one dog owner decided a sled was the solution. (Meg Roberts/CBC)