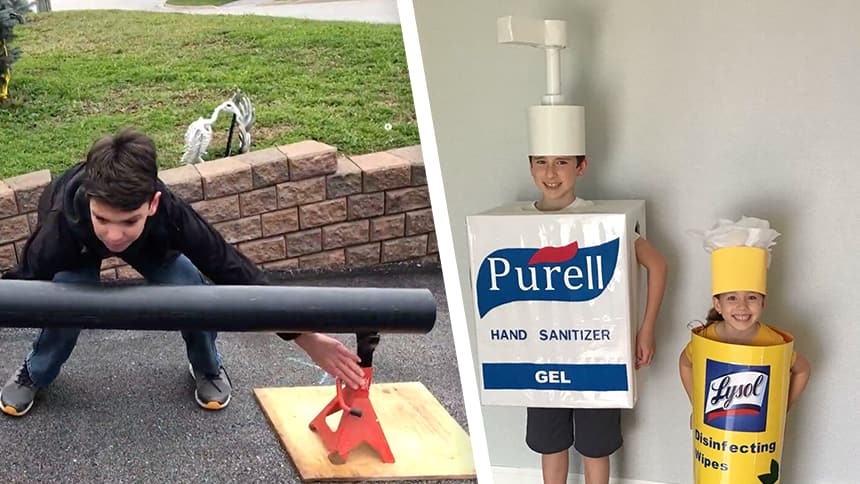 Although trick-or-treating might be cancelled in some places around Canada this year, kids aren’t letting that stop them from getting into the spooky spirit.

And what better way to start things off with a bang than with a candy cannon?

In an effort to keep things touch-free and safely distanced, 11-year-old Eric Prowse from Grand Bay-Westfield, New Brunswick, made a candy cannon with tubes and a compressor that shoots treats down the driveway.

Check out this video of him firing it off.

These costumes are on point

In other news, some kids are trying to bring a lightness to Halloween by dressing up as the things that have become hallmarks of the pandemic.

For example, 12-year-old Jake Kelley and his sister Jem, 6, from Niagara Falls, were so committed to staying safe while trick-or-treating that they became a sanitization station itself. 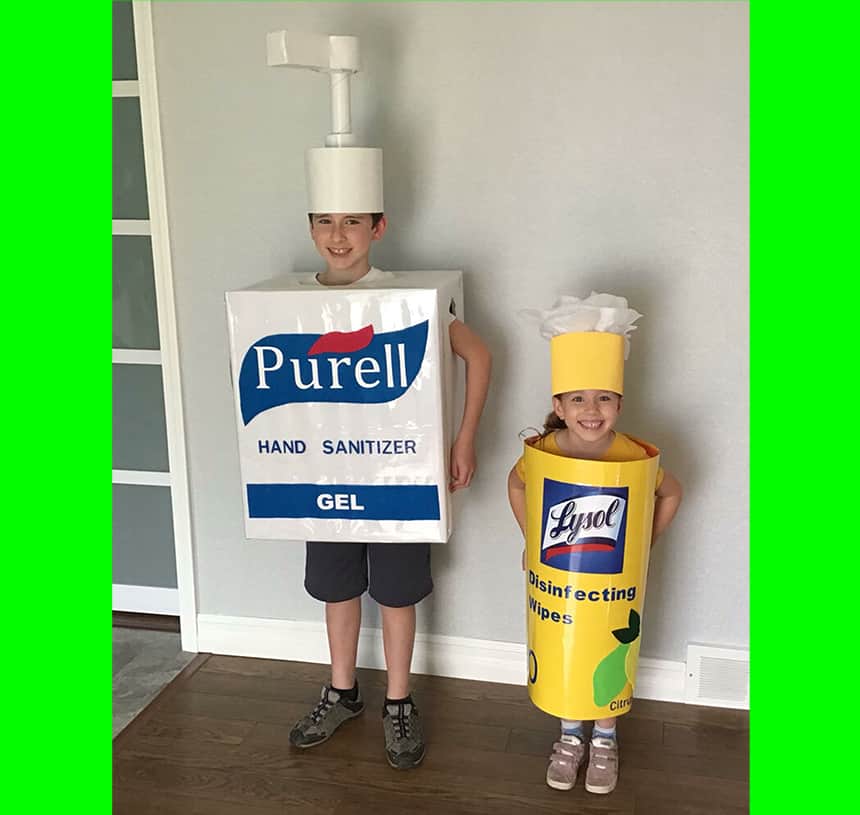 Ten-year-old Evelyn Smith from Calgary gave a shout-out to our frontline workers by becoming a “COVID cashier,” decked out in PPE (personal protective equipment). 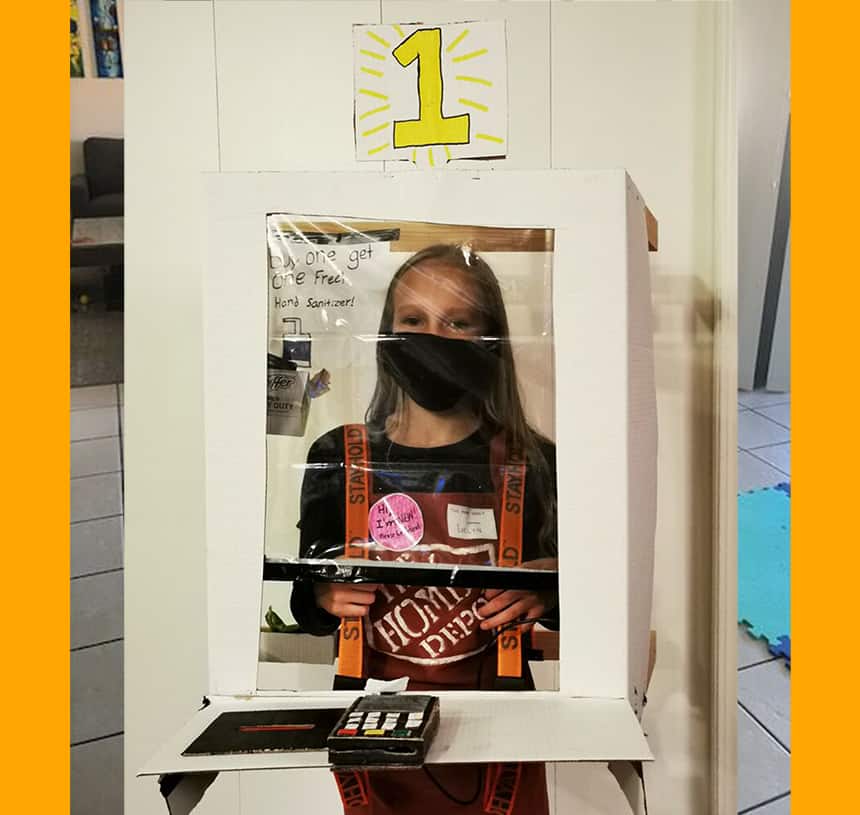 And in case you hadn’t seen enough of Among Us, Jake, 8, and Adam Puchert, 5, sent in this photo all the way from Perth, Australia.

It shows the brothers dressed up as astronaut avatars from the game. 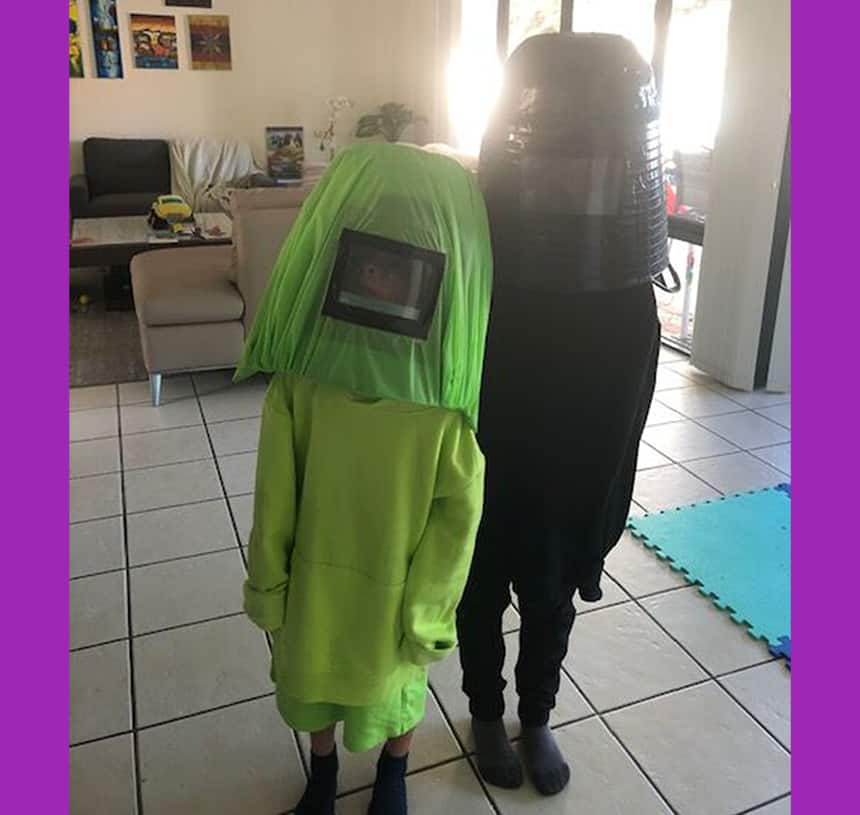 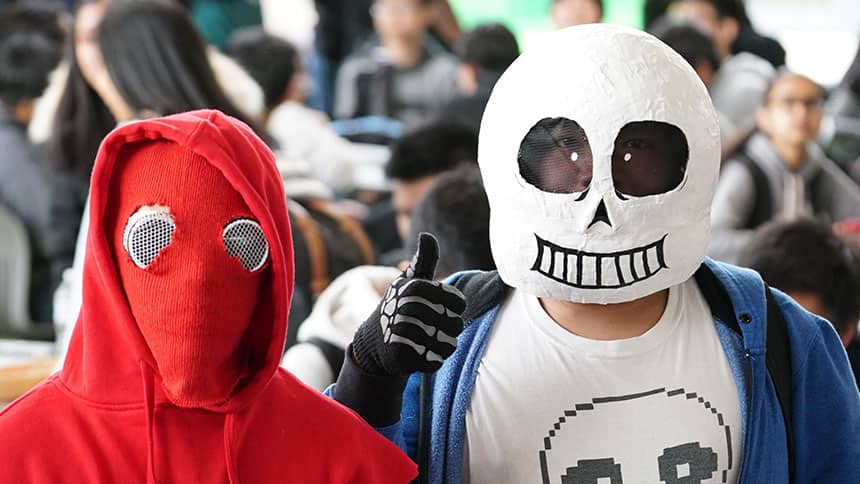 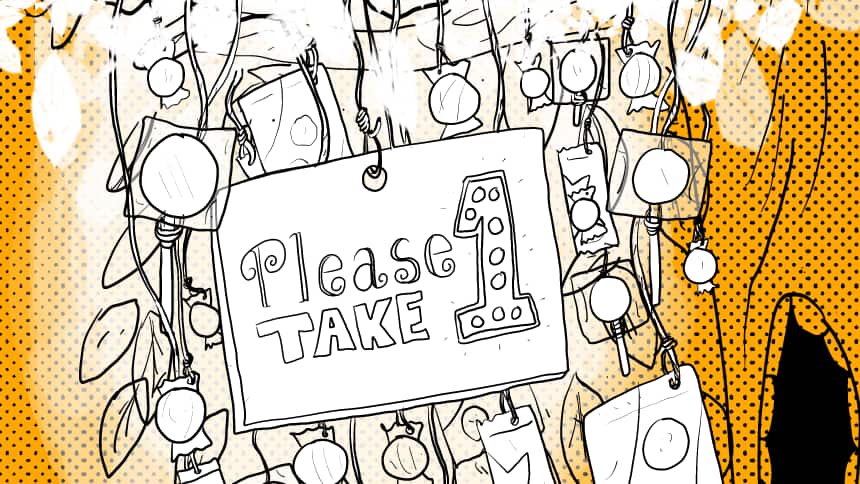 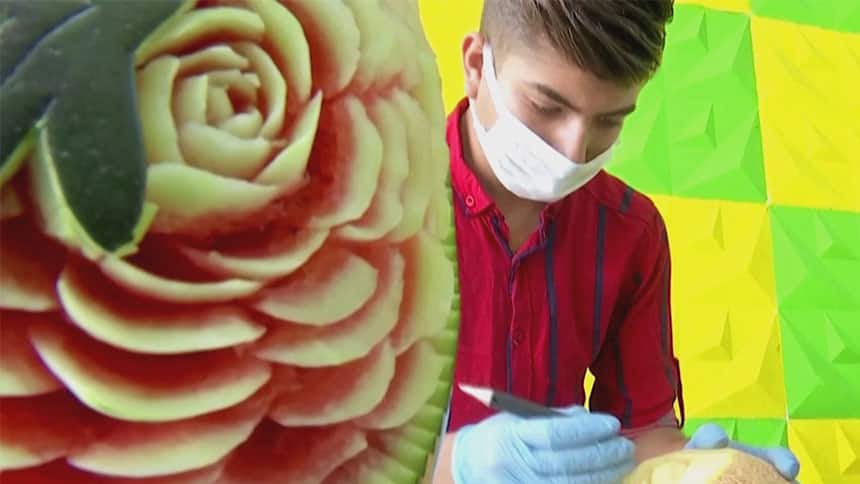